June 4, 2019 - Automobilist, automotive fine art maker, has partnered with 5 times 500cc World Champion Mick Doohan to celebrate his 54th Birthday and to commemorate his achievements as one of the most successful riders in FIM Grand Prix motorcycle racing history.

Mick Doohan made his Grand Prix debut for Honda on an NSR500 two-stroke motorcycle in 1989, and won his first race in 1990. His true dominance began in 1994 when he won his first World Championship by more than 140+ points.

Doohan won 5 consecutive championships (94, 95, 96, 97, and 98), making him one of the most winning premier class riders ever, placing him amongst the ranks of Giacomo Agostini and MotoGP riders Valentino Rossi and Marc Márquez.

Throughout his whole career, spent solely with Honda and totaling 95 podiums, 58 poles, 54 wins and 5 consecutive Championship titles, Doohan’s iconic helmet kept him secure on the circuits. 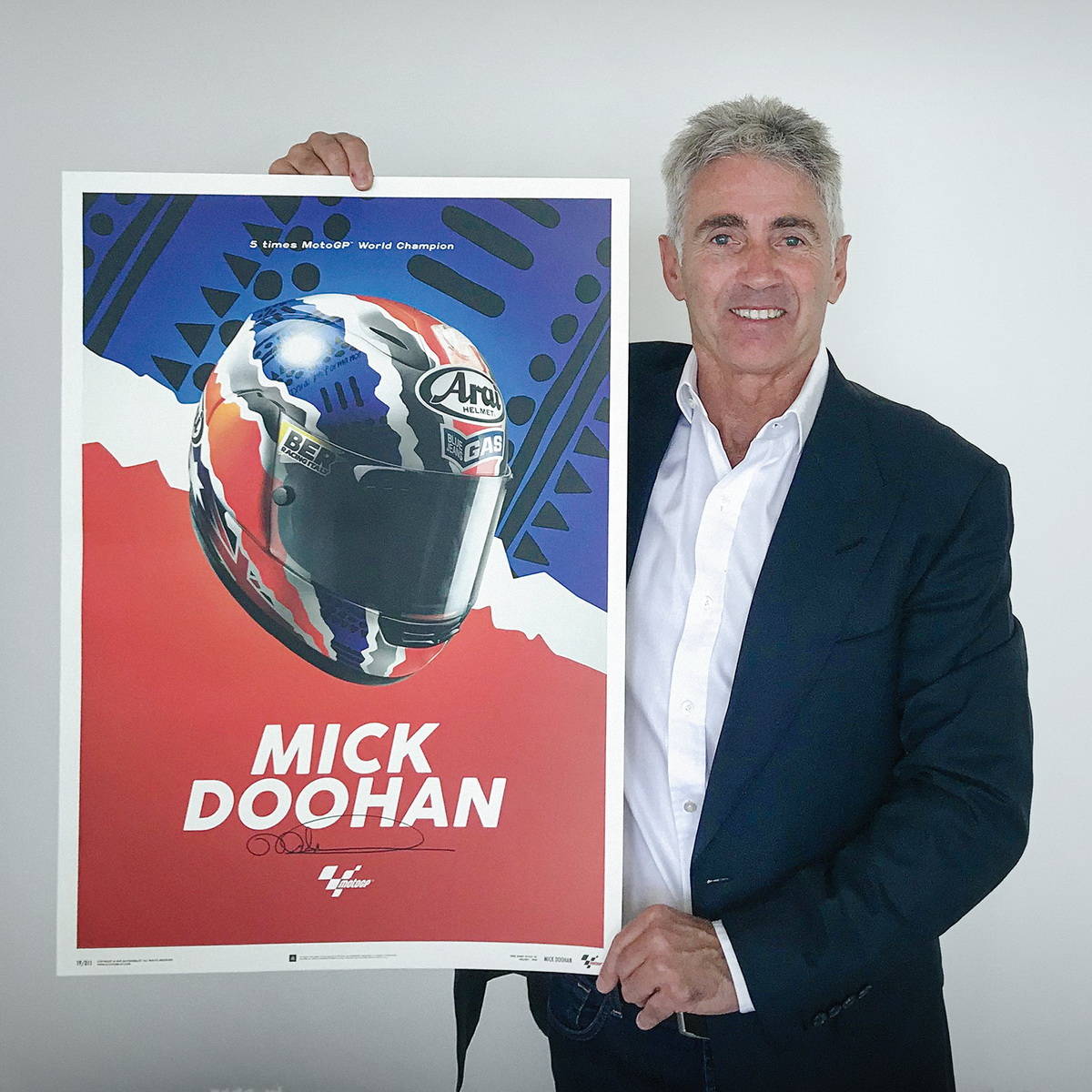 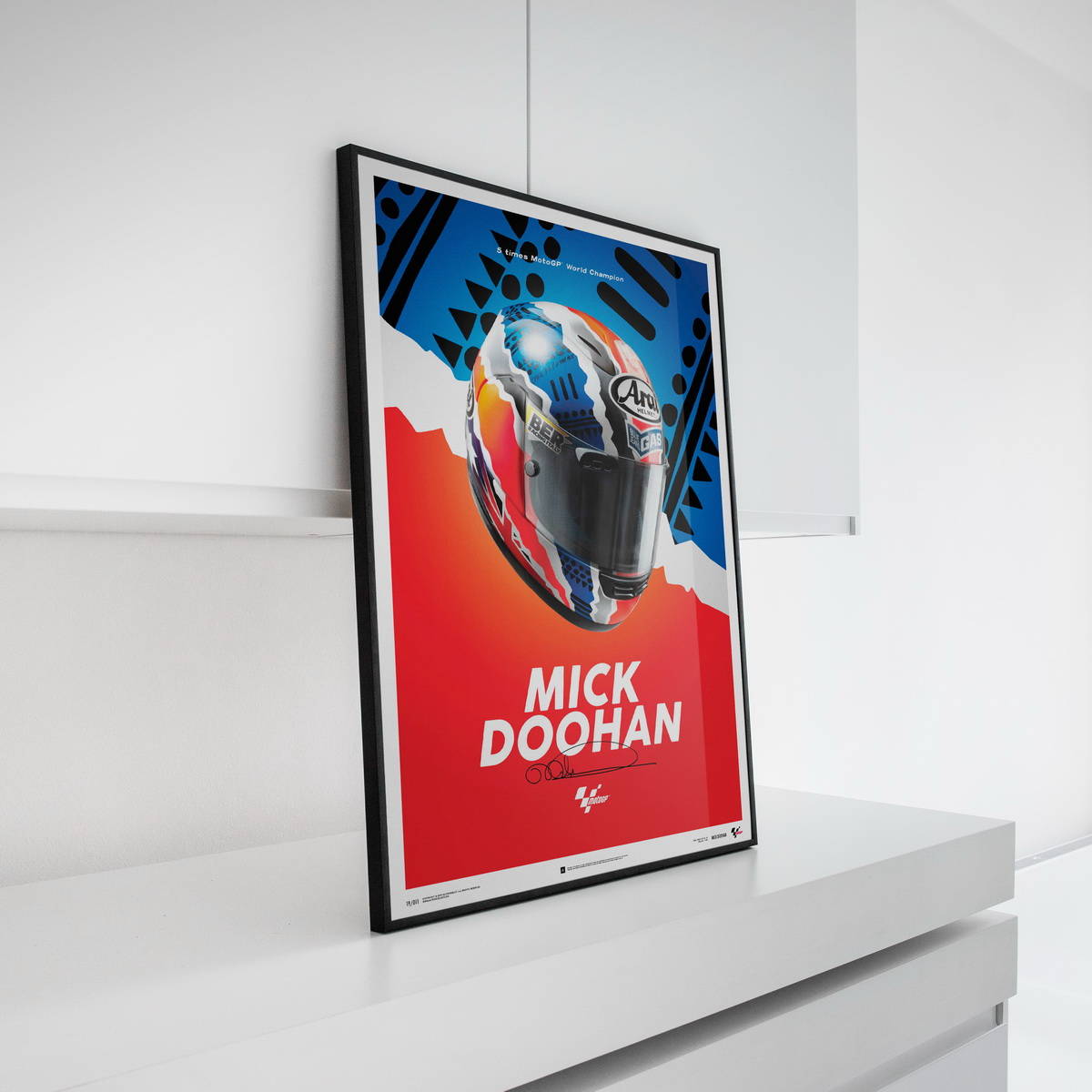 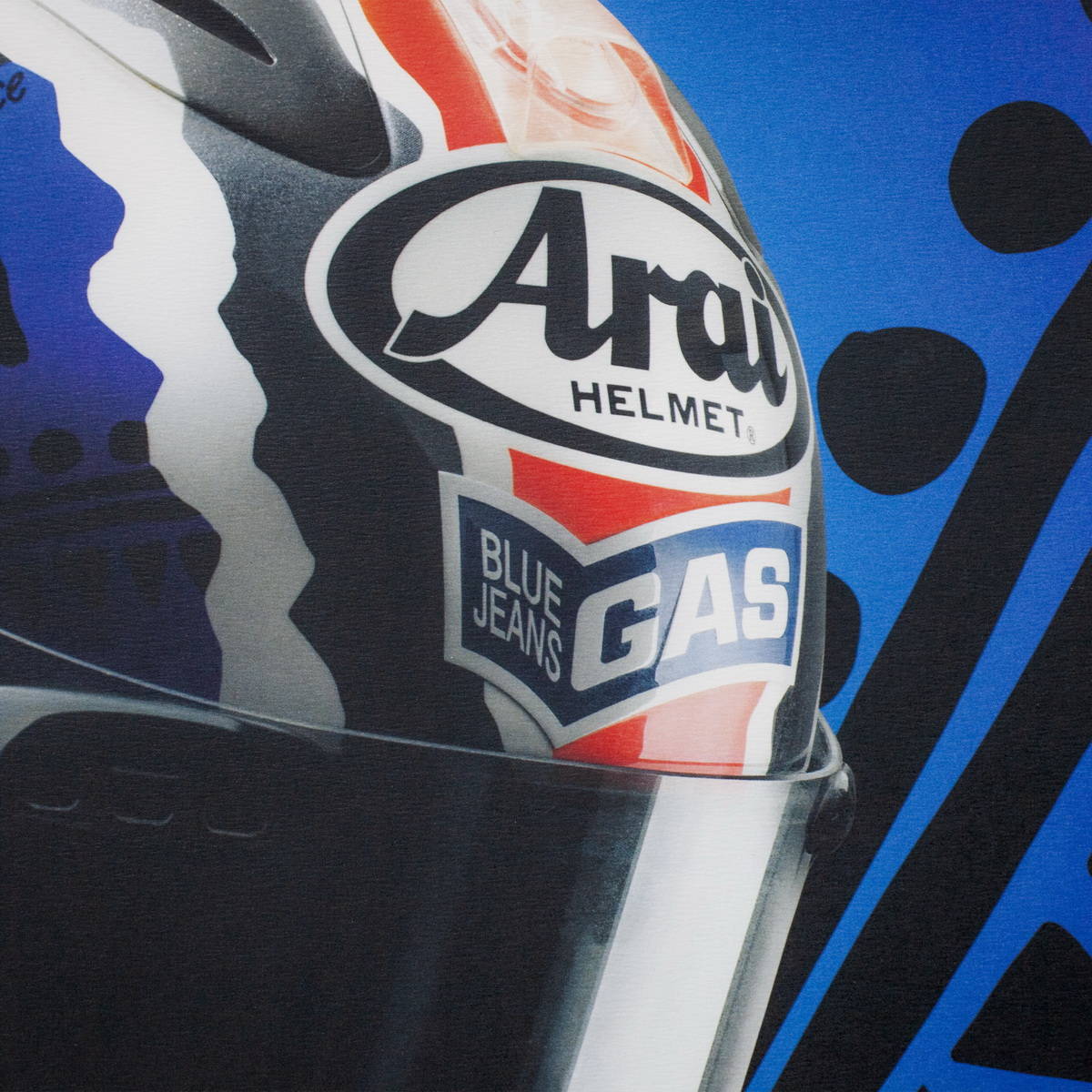 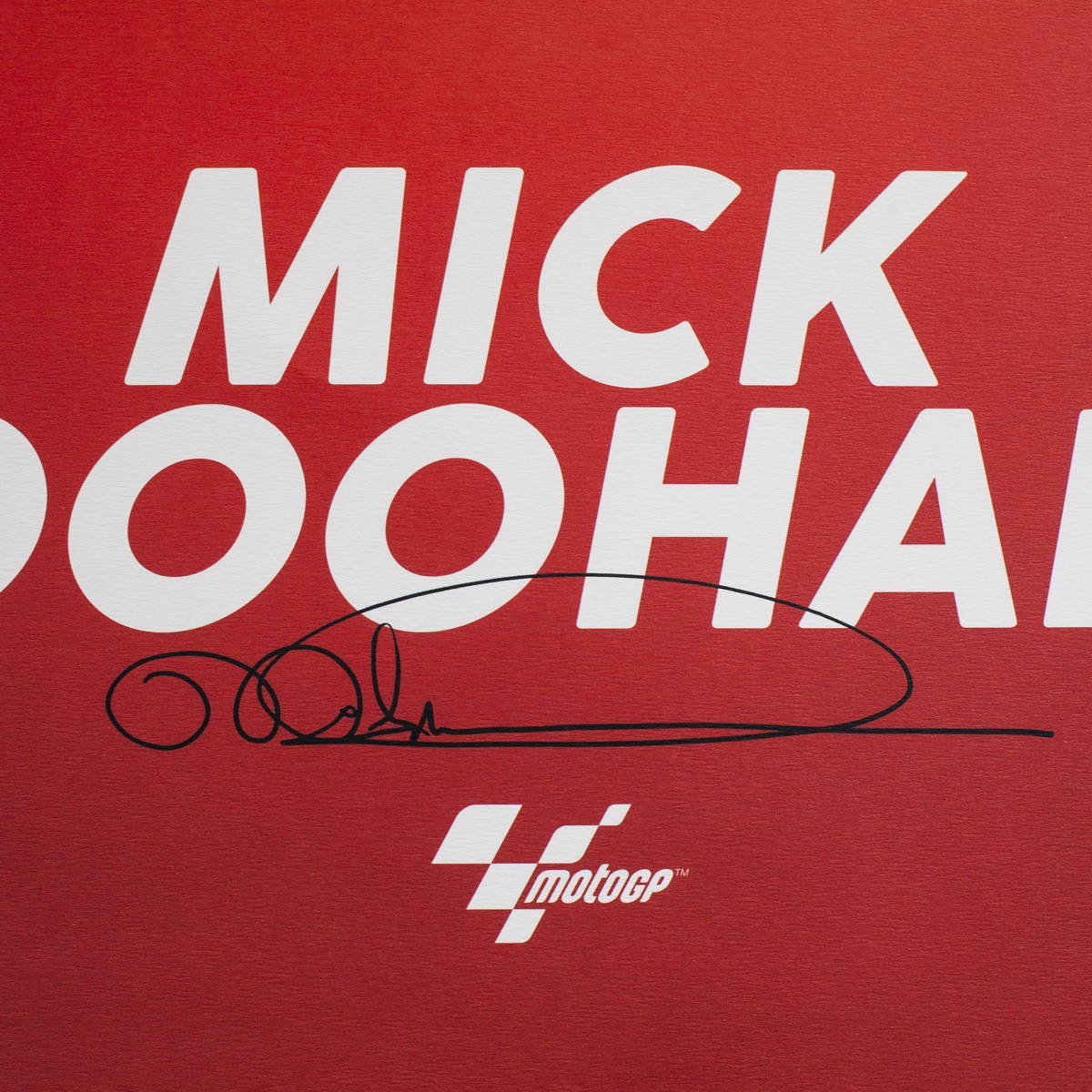