Like the Italian team, the name is now so familiar it has become a brand and most people don’t think of it as relating to an actual person, a young New Zealander in McLaren’s case, whose father raced motorcycles and who restored an old Austin with which a young Bruce took part in his first event in 1952, a hillclimb. Clearly immensely talented, he was selected by the New Zealand motor sport body to be the first recipient of its “Driver to Europe” programme. 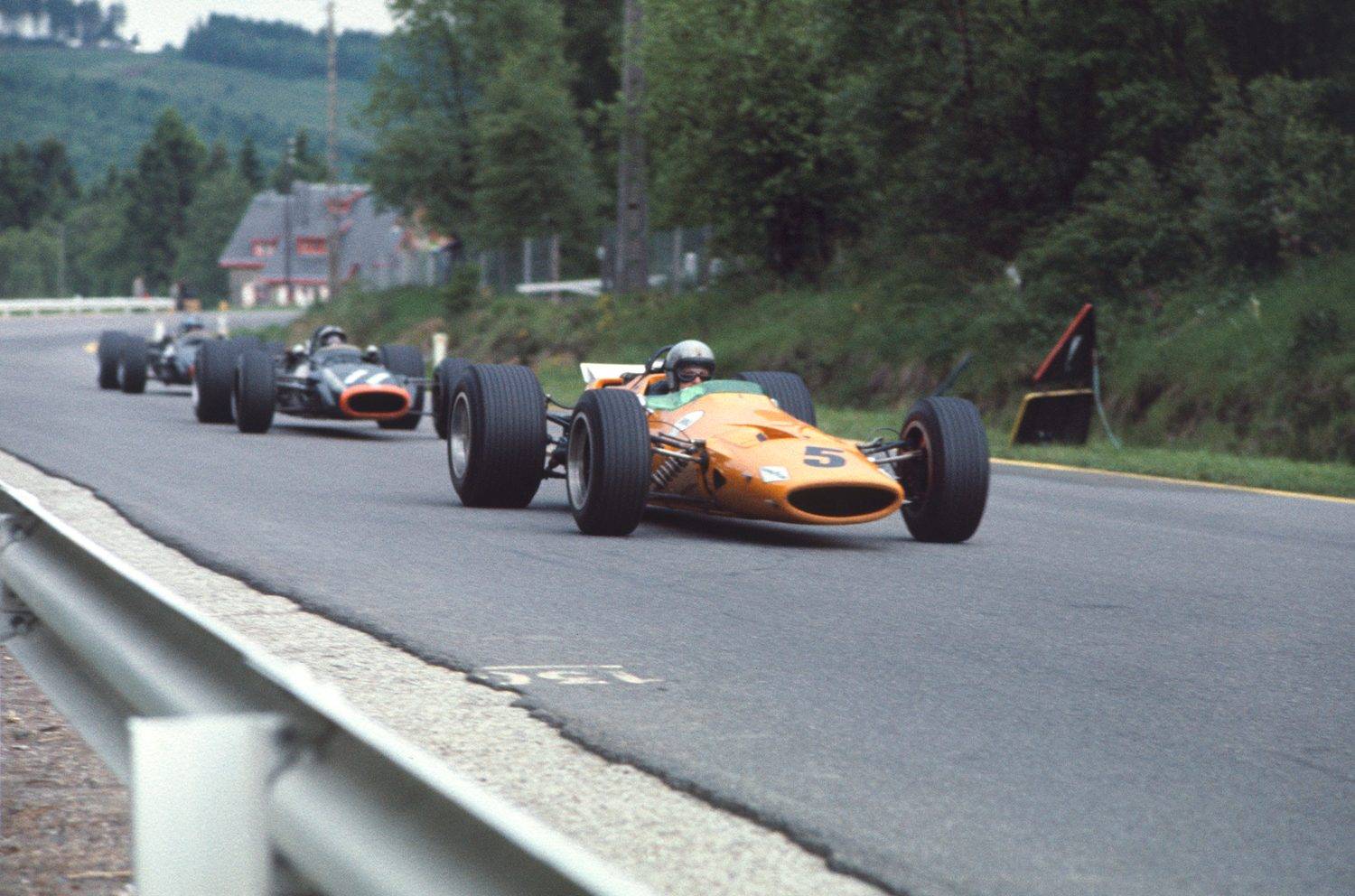 McLaren joined the English Cooper team in 1958 and the racing world soon sat up and took notice, when driving a Formula 2 car in a combined F1/F2 race at the Nurburgring, he came fifth overall and first of the smaller cars. The performance earned him a full time seat in Cooper’s Formula 1 team for 1959, alongside fellow Antipodean Jack Brabham and Bruce became the youngest ever F1 winner at the time, when he was first past the chequered flag in that year’s final round, the USA GP at Sebring. He then won the first race of the 1960 championship in Argentina and went on to finish second that season, his best performance in 12 years spent driving Formula 1.

Apart from the fact they both came from the bottom right hand corner of a map of the world, McLaren and Brabham also shared a love of engineering and, at a time when the science of speed was evolving rapidly, their understanding of what made their cars tick would be a vital element in their success. Brabham’s decision to leave Cooper and build his own cars clearly influenced the younger man. In 1963, he set up Bruce McLaren Motor Racing Ltd. and in 1966, he drove a car bearing his name in a grand prix for the first time at Monaco. His talents as an engineer, designer and team boss were gradually coming to the fore and the foundations were laid for the team we know today. 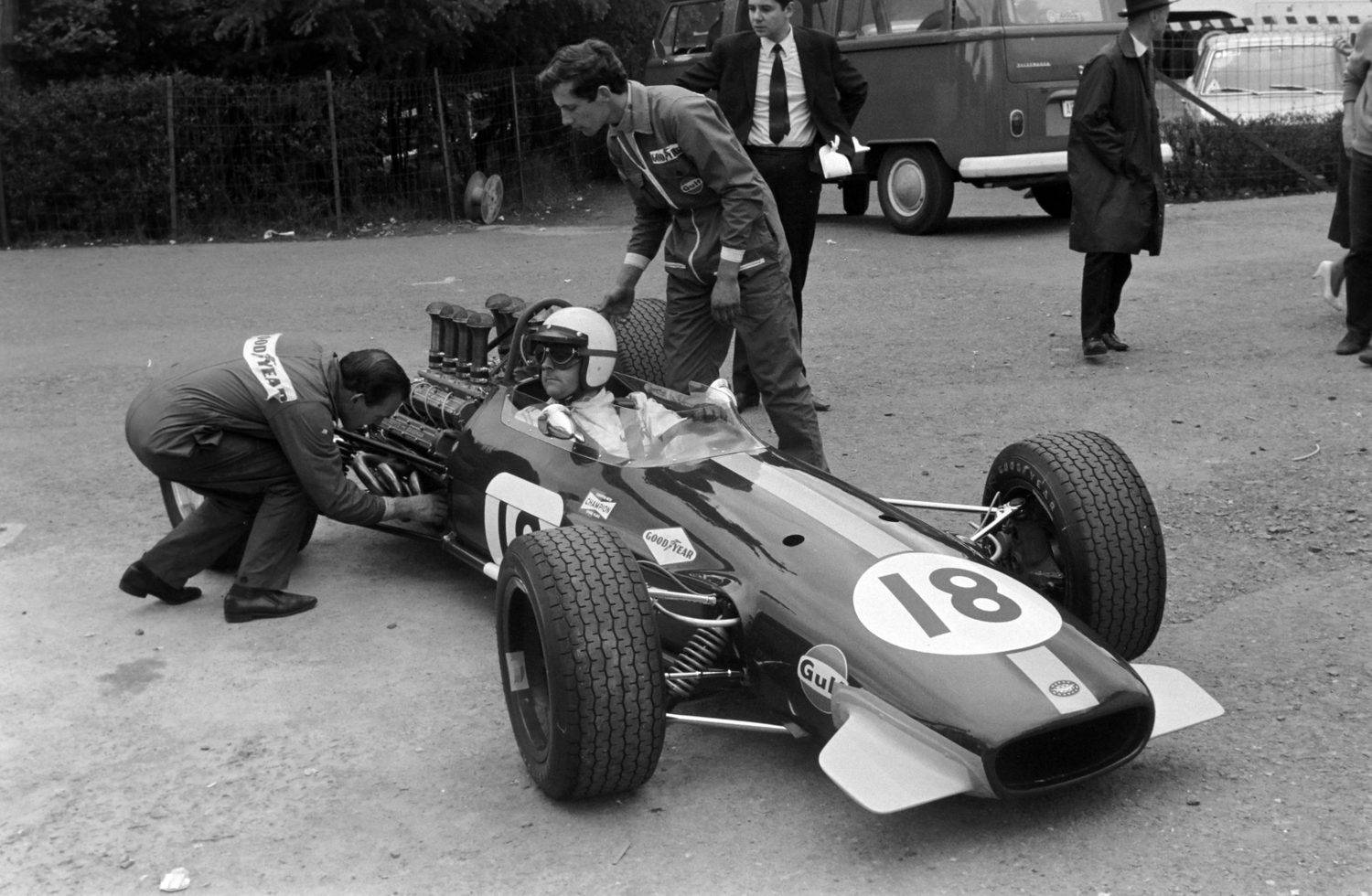 9th June 1968 was the date when Bruce McLaren joined an exclusive club, winning a race in a car that bore his name. It happened at the most challenging of venues, the Spa-Francorchamps circuit, host to the Belgian Grand Prix. It’s interesting to note that the report in “MotorSport” magazine of the time refers to “the two immaculate McLarens,” as perfect preparation would become the hallmark of the team even after Bruce had passed away. Meticulous preparation and attention to detail were a leitmotif for the team under the stewardship of Ron Dennis, who took over as team principal in 1981. Dennis was there that day in Spa-Francorchamps, working as a mechanic on Jack Brabham’s car.

These were the fledgling days of aerodynamics and the two M7As had small nose spoilers and one across the rear of the car. McLaren started from sixth, but with the usual Spa dramas and high attrition rate, he found himself battling with Pedro Rodriguez in the Brabham. When he crossed the line, the New Zealander thought he’d finished second, so he was surprised to be told that he had won, unaware that the race leader Jackie Stewart had run out of fuel right at the end.

The colour of both posters created by Automobilist just had to be ‘papaya’, the shade now lodged in every enthusiast’s mind as “McLaren Papaya'' and feature his car from Spa-Francorchamps Circuit on 9 June 1968. While the Limited Edition will have 1000 prints available for automotive and McLaren fans, the Collector’s Edition has a more exclusive run of 500 pieces. According to the convention of the time, his cars should have been a mix of the New Zealand national colours of green, black and silver, but the papaya was adopted in 1968, when Bruce had begun to see how Americans publicised and marketed their racing activities with bright paint schemes.

Of course we will never know what heights Bruce McLaren might have reached with his eponymous team in Formula 1, but the organisation’s success in the CanAm series for those massively fast and massively entertaining sports cars, was a sign of what might have been. McLaren was the dominant force in this North American series from 1967 to 1971 and it was here that the famous papaya paintwork was first seen in action. 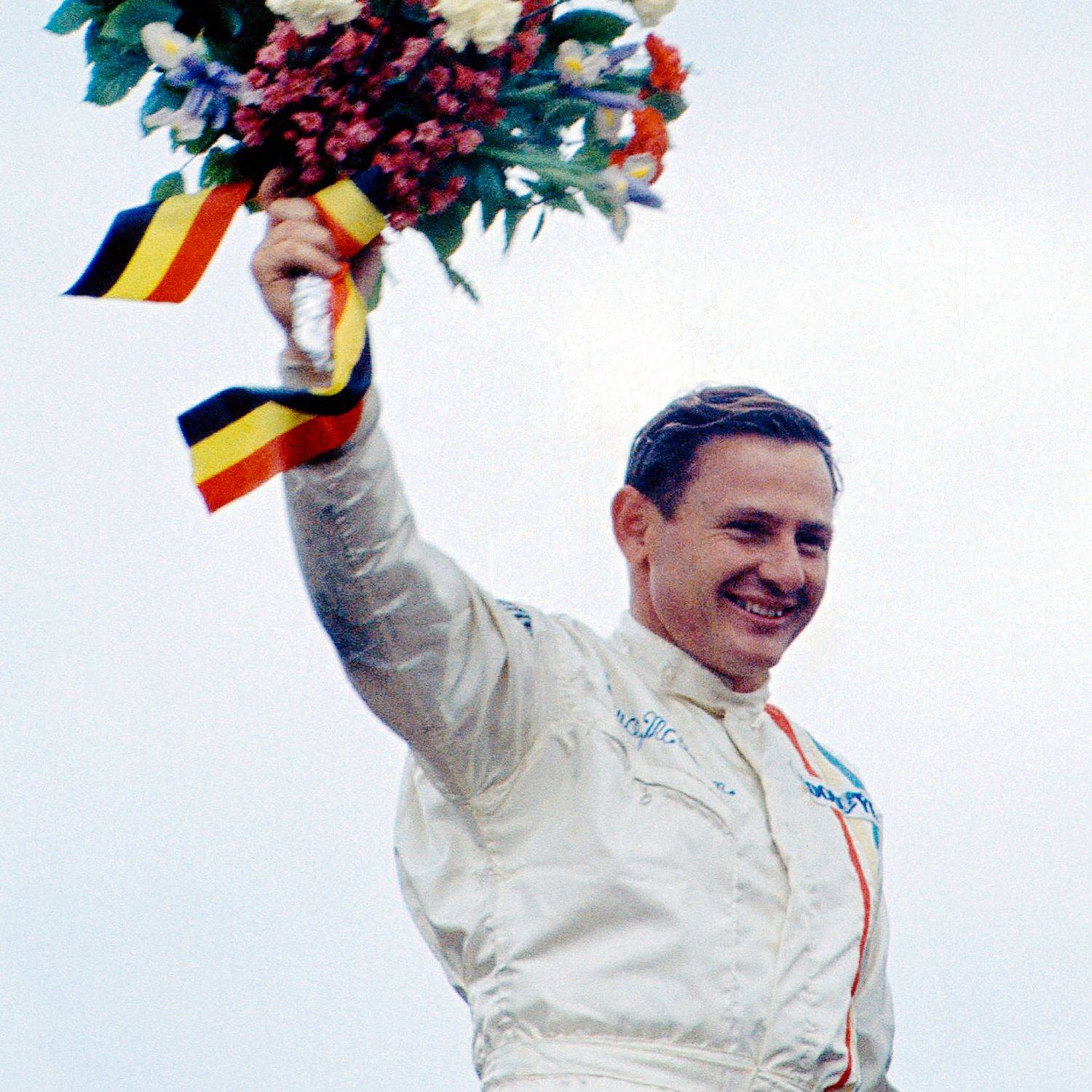 In those far off days before mobile phones and the internet, it took a while for the news of Bruce McLaren’s death to emerge on that Tuesday at the start of June, especially as it took place during a private test session. At the time, he was the second most experienced F1® driver on the grid and was always regarded as safe and, dare one say it, indestructible, so that the news came as a real shock to the racing community. But a list of his achievements proved that, short though it was, it was a life lived to the full and there is no doubt that McLaren’s incredible success over more than half a century owes a great deal to the values of the man who’s name continues to inspire fans worldwide and the team at the Woking facility of McLaren.