May 13th 1950 was a sunny spring day at Silverstone and a crowd of around 120,000 packed into the former military airfield to watch what was officially called the Grand Prix of Europe, although it also incorporated the title, British Grand Prix. Before the race, the drivers were presented to King George V1 and the royal party, this being the first and last time a reigning British monarch attended the event. Naturally, the crowd was hoping that one of the eight local drivers might claim the win, but pole position and victory went to Italy’s Giuseppe Farina, driving an Alfa Romeo. As the chequered flag fell, who could have imagined that this race marked the start of what is, to date, an unbroken run of 70 seasons of the FIA Formula 1® World Championship. 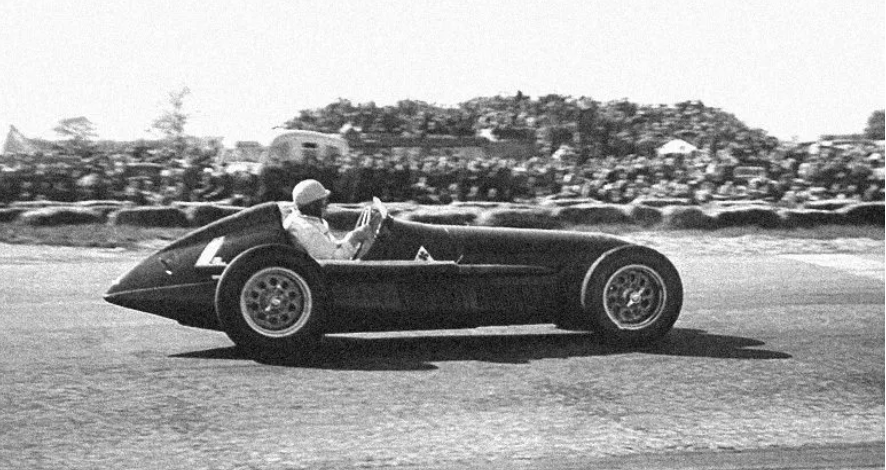 Since 1950, 33 drivers have won the World Championship and their names all appear on two of the three posters. Topping the list for the most titles is of course Germany’s Michael Schumacher, whose target of seven championships will be in the sights of Lewis Hamilton, who currently has six F1® crowns to his name. Apart from Hamilton, nine other British drivers have been World Champion, so that the UK tops the list of nationalities to have taken the honours with 19 titles in total. 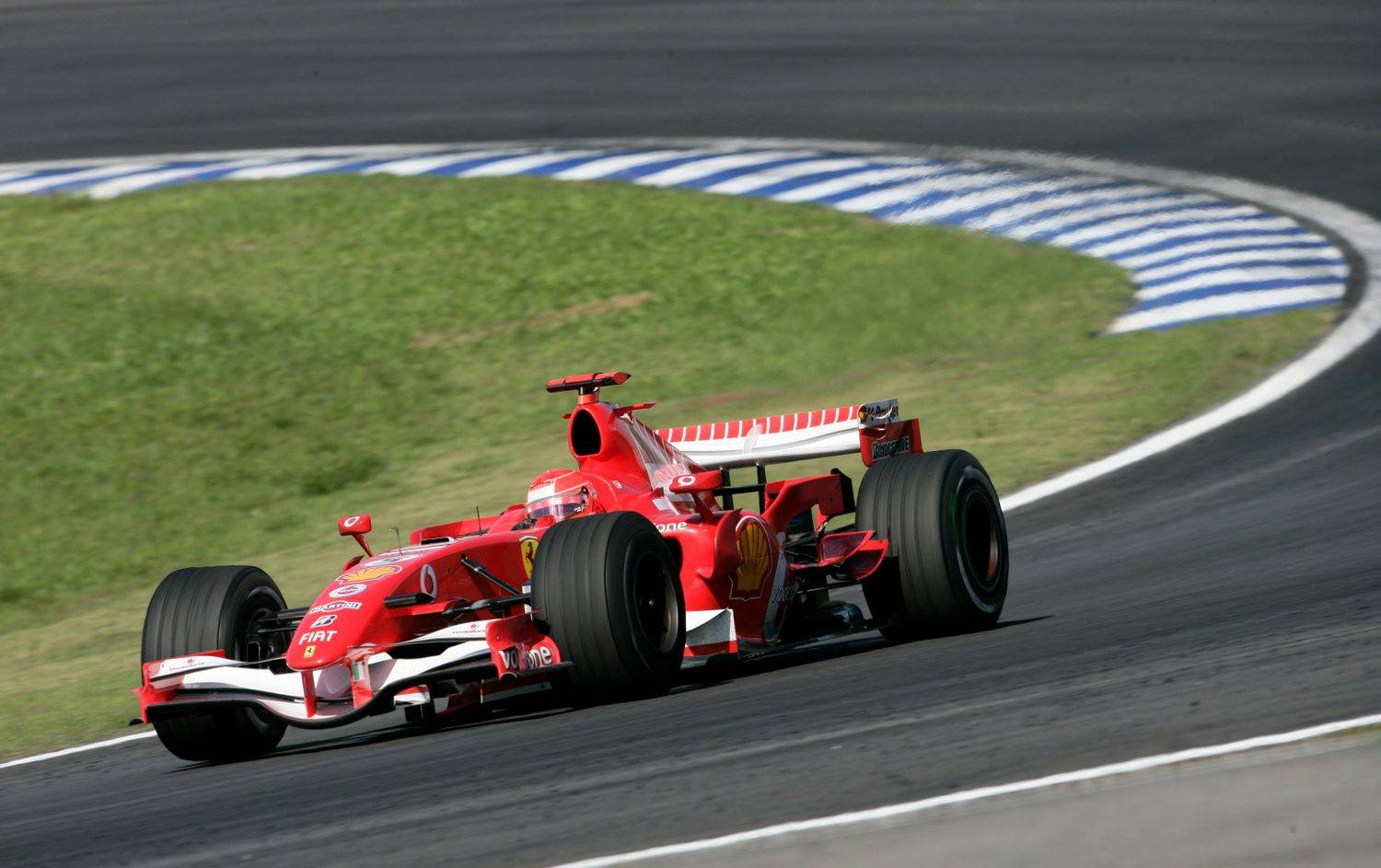 Winning the championship, being acclaimed the best of the year, is what all the drivers are aiming for and it's been a joyous occasion usually followed by wild celebrations at whatever race the title has been assigned. There is one clear exception to that rule, because in 1970, Austria’s Jochen Rindt became the only driver to be awarded the title posthumously, having scored enough points prior to his death during practice for that year’s Italian Grand Prix at Monza. 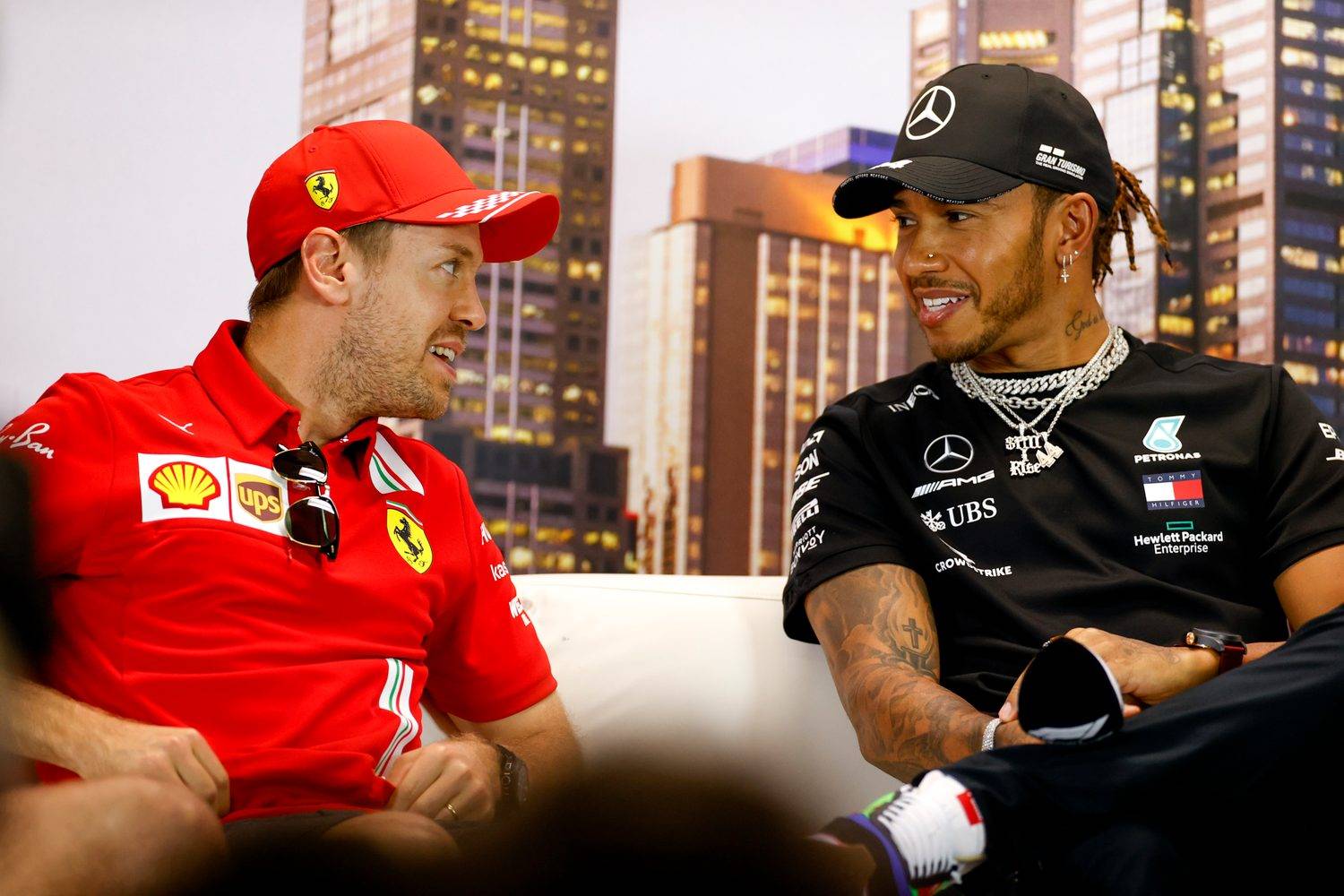 The precociously talented Hamilton was only 23 (23 and 300 days to be precise) when he first won the championship with McLaren in 2008, but he is not the youngest driver to have done so. That honour goes to four time champion Sebastian Vettel (23 years and 134 days.) Drivers seem to get to Formula 1 at a very young age these days, but that was not always the case. In fact, Argentina’s Juan Manuel Fangio, third on the list of title winners, with five to his name, was 46 when he claimed his last championship crown in 1957.

The F1 car constructor who scores the most points over the course of a season also gets to win a title, but this particular honour is out of step with the Drivers’ award, as it only started eight years later, with British constructor Vanwall taking what was then known as the International Cup for F1 Manufacturers in 1958. 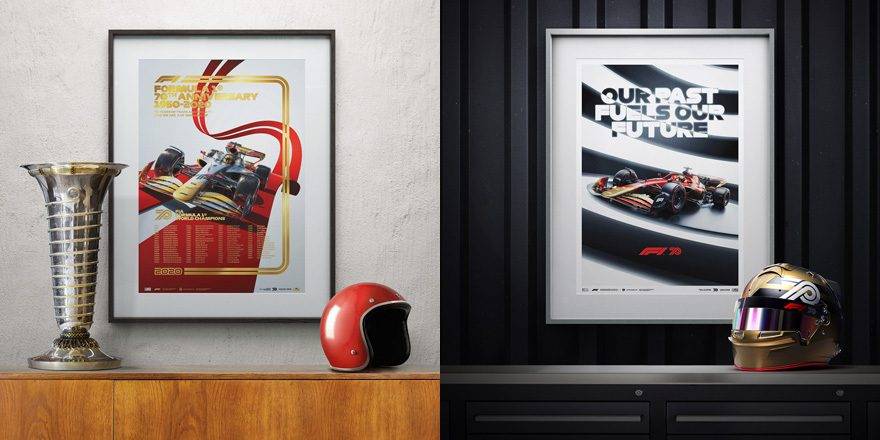 Automobilist first worked with the sport’s commercial rights holder in early 2019, producing a poster for Formula 1 to celebrate the one thousandth Grand Prix since the start of the World Championship. We have now signed a long term agreement with Formula 1 and this trio of posters is the first result of our collaboration. The most readily available of these pieces has been produced in a Limited Edition run of 1950, featuring a more retro black and white background. There’s also a Collectors’ Edition run of 700 with gold embossing and finally an even more exclusive, 400 piece Drivers’ Edition, with hot-foil gold embossing, to be presented to drivers past and present, team owners, other major players in the sport and media. 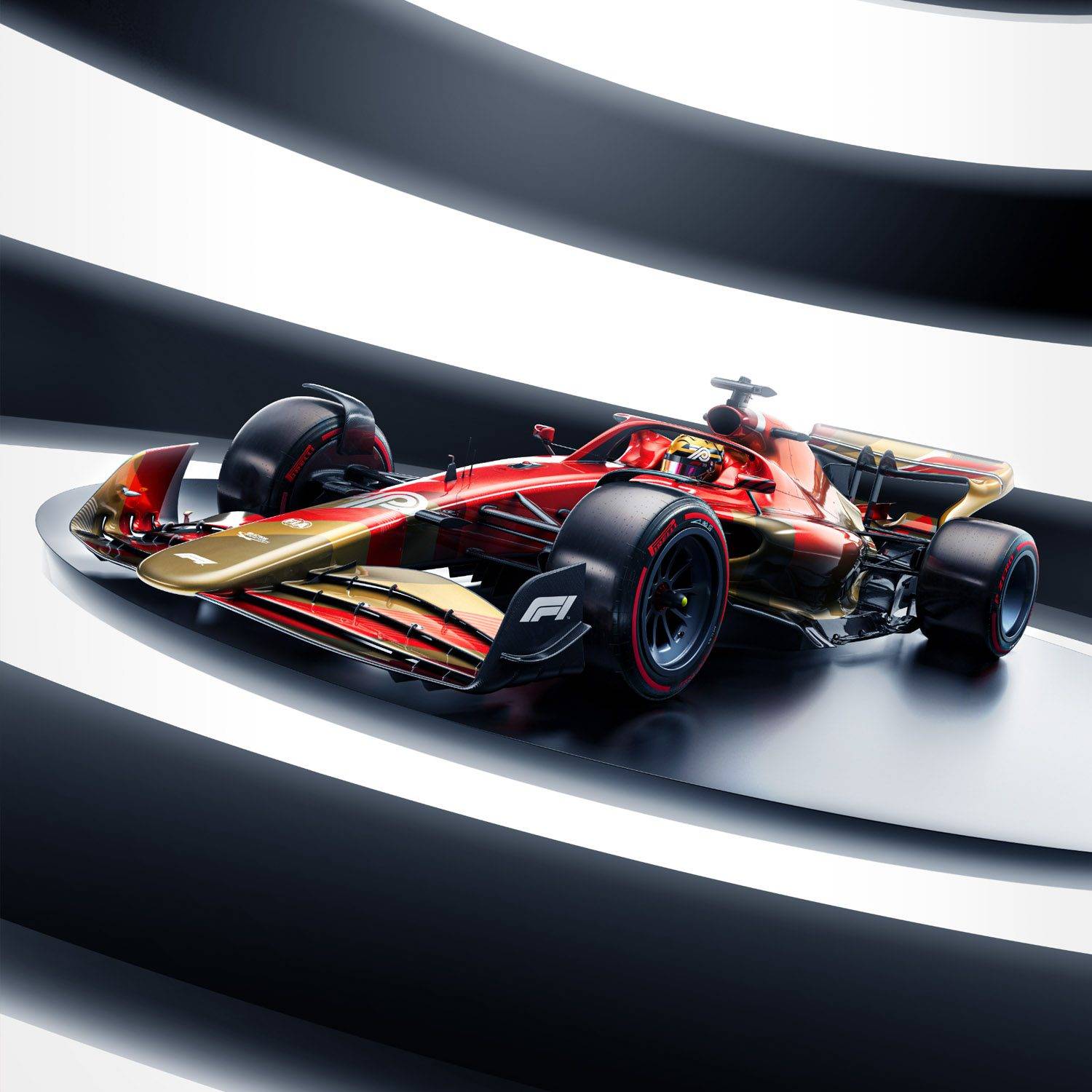 The car featured on all three pieces of artwork is in fact a rendering of what the Formula 1 car of the future will look like, based on the new technical regulations, which were due to be introduced next year, with the change now planned for 2022. The reason behind this delay is obviously the Covid 19 pandemic, which has affected motor sport, just as it has every other walk of life. Indeed, at the moment, no one knows what the 2020 F1 season celebrated in these posters will actually look like. Since the Drivers’ Championship began in 1950, there have been the occasional race cancellations and other calendar shifts, but nothing on the scale we are facing now. The rules state that in order to be considered a championship, the season must feature at least eight races and that is the minimum target Formula 1 has set itself for this season.

In years to come, these posters might be seen not only as a celebration of a 70 year history but also as a marker for when the sport changed dramatically…for the better. The current scenario seems to be speeding up the process of making the sport more economically viable, more equitable and more environmentally sustainable, with a new spirit of agreement clear to see between the sport’s governing body, the promoters and the teams. 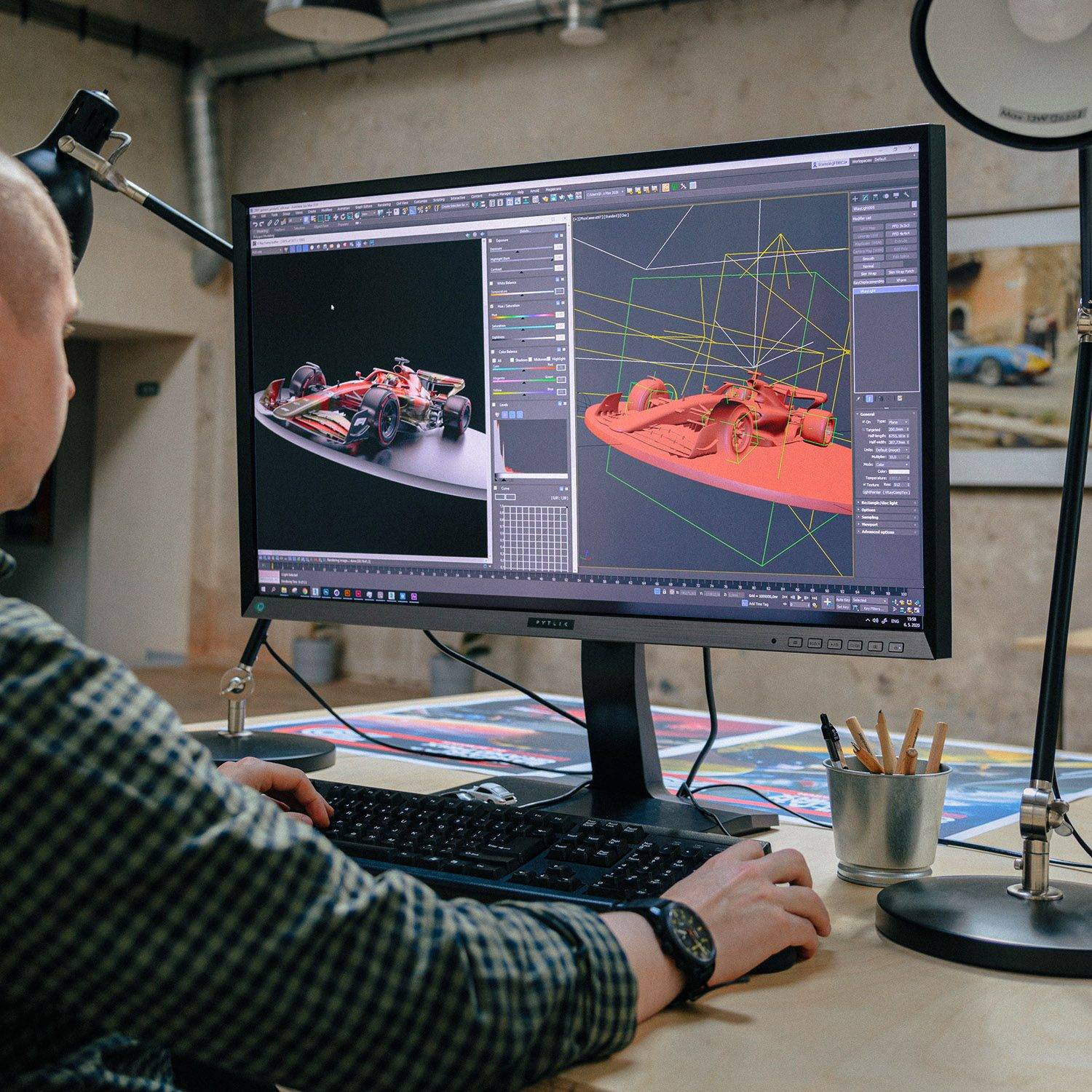 The hallmark of all Automobilist pieces is their attention to detail. In the case of these posters, the production process, which took around two months, is built on 3D data of the car, enhancing certain details, while ensuring that the actual car livery reflected the message of 70 years of Formula 1. As it is a notional 2022 car, it has a generic driver in the cockpit! In terms of production, the gold areas are embossed with a hot foil process. The concept, design and production of these individually numbered pieces are all carried out in-house.