Its 2002 challenger, the F2002 is one of the most successful cars in the history of Formula 1. Though it’s statistical record is slightly complicated by the fact it did not race until the third round of that year’s championship, it was still the team’s weapon of choice up to and including the fourth round of the 2003 season, taking its final win at that year’s San Marino Grand Prix. Its final hit rate was a score of 15 wins from 17 race starts. 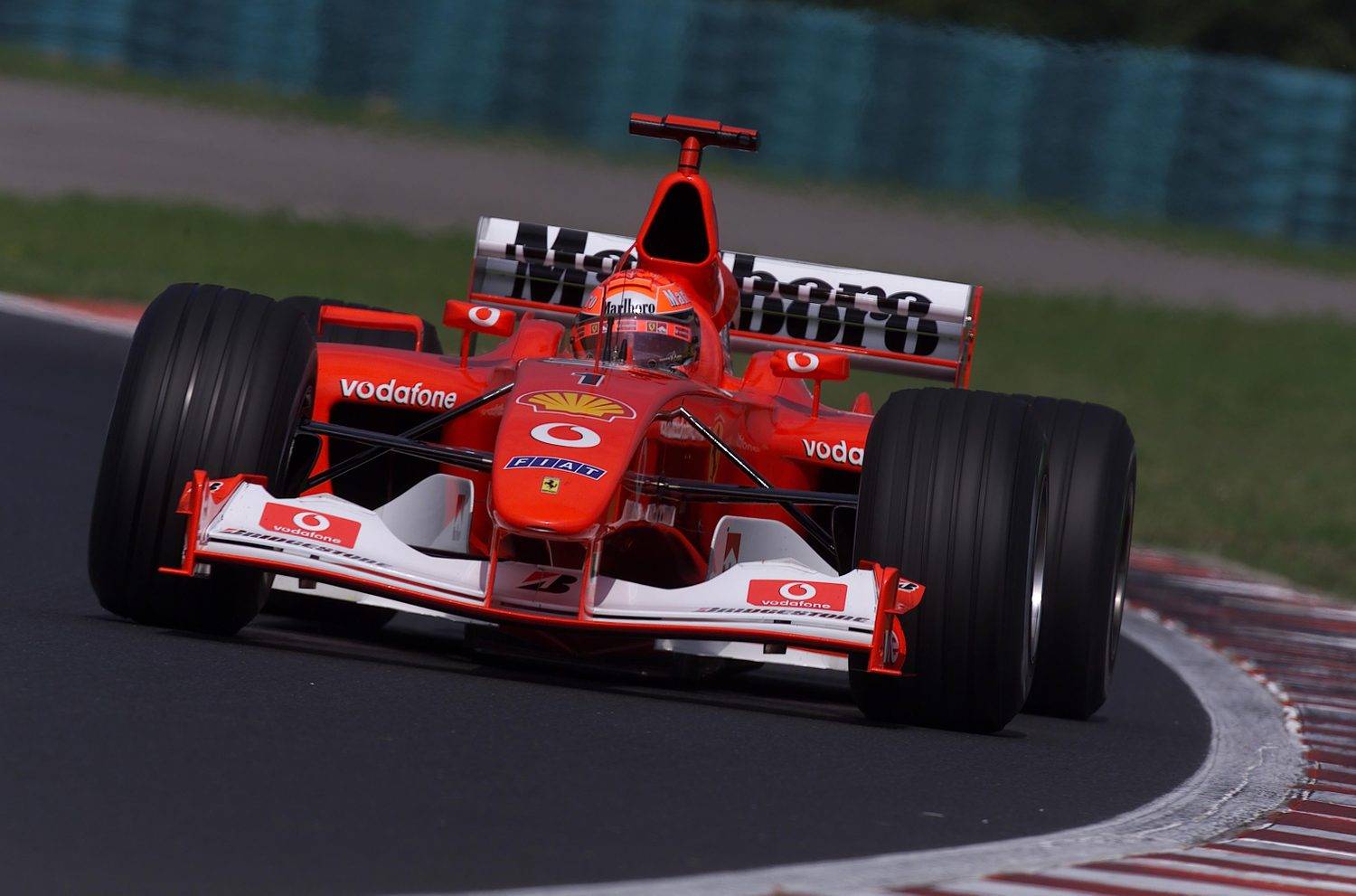 By 2002, the sport was in the early stages of a period of Ferrari dominance. In 1999, it won the Constructors’ crown and the following year, Michael Schumacher brought the Drivers’ trophy back to Maranello for the first time in 20 years – in fact, it was highly likely he could have been champion in ’99, but a broken leg at the British GP meant he missed most of the rest of that season. The German would dominate the sport up to and including the 1994 season. 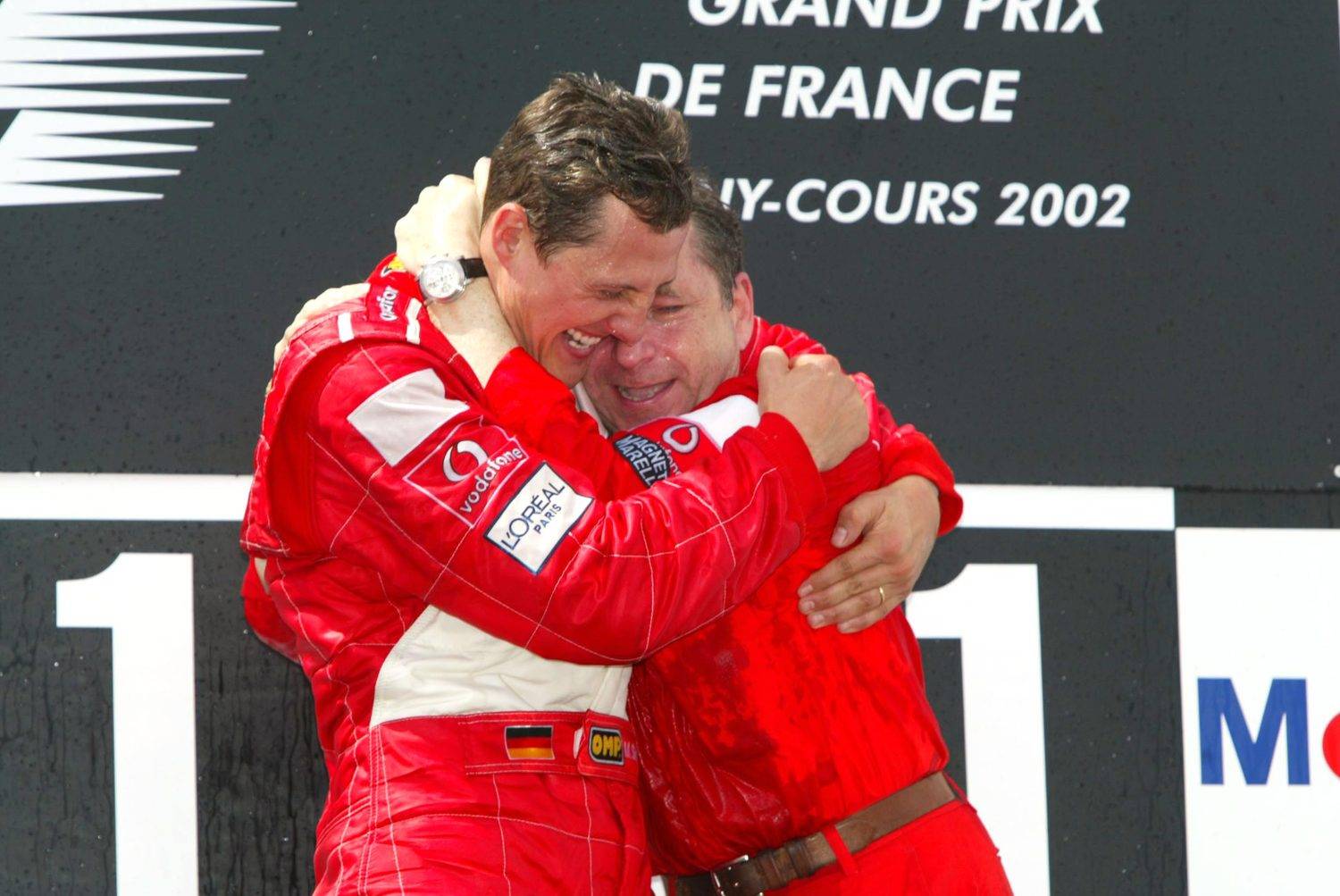 The architect of this success was Jean Todt, the current president of the FIA. The Frenchman joined the Scuderia in mid-1993 off the back of a successful time steering Peugeot to several rally and endurance racing world titles. He put together a formidable team, including technical director Ross Brawn, who persuaded his former Benetton driver Michael Schumacher to come to Ferrari in 1996.

As for the F2002, no car had dominated the sport to such an extent since the McLaren MP4/4 back in 1988. The Drivers’ title, Schumacher’s fifth was in the bag as early as Magny-Cours. At that point, it was clear that everyone except the remarkable German was now racing for second place, but even that position in the end was comfortably secured by his Brazilian team-mate Rubens Barrichello. By Budapest the Constructors’ title was also in the bag for Scuderia Ferrari Marlboro.

Although at first glance it didn’t seem that different to its predecessor, the F2002 had been totally redesigned to achieve the best performance. The chassis was a new, much lighter structure. The sidepods, radiators, exhaust systems and the whole rear end were fine tuned to improve the aerodynamic efficiency and help cool the engine. The new 051 engine was paired with a fused titanium gearbox that significantly reduced clutter, while how the weight was distributed was also carefully analysed. In fact, the radical new gearbox and other aspects of its design meant that the team felt it was not quite ready for action as for the start of the season in Melbourne and Schumacher and team-mate Rubens Barrichello used the previous year’s F2001, fitted with the 2002 engine, for the first couple of races. 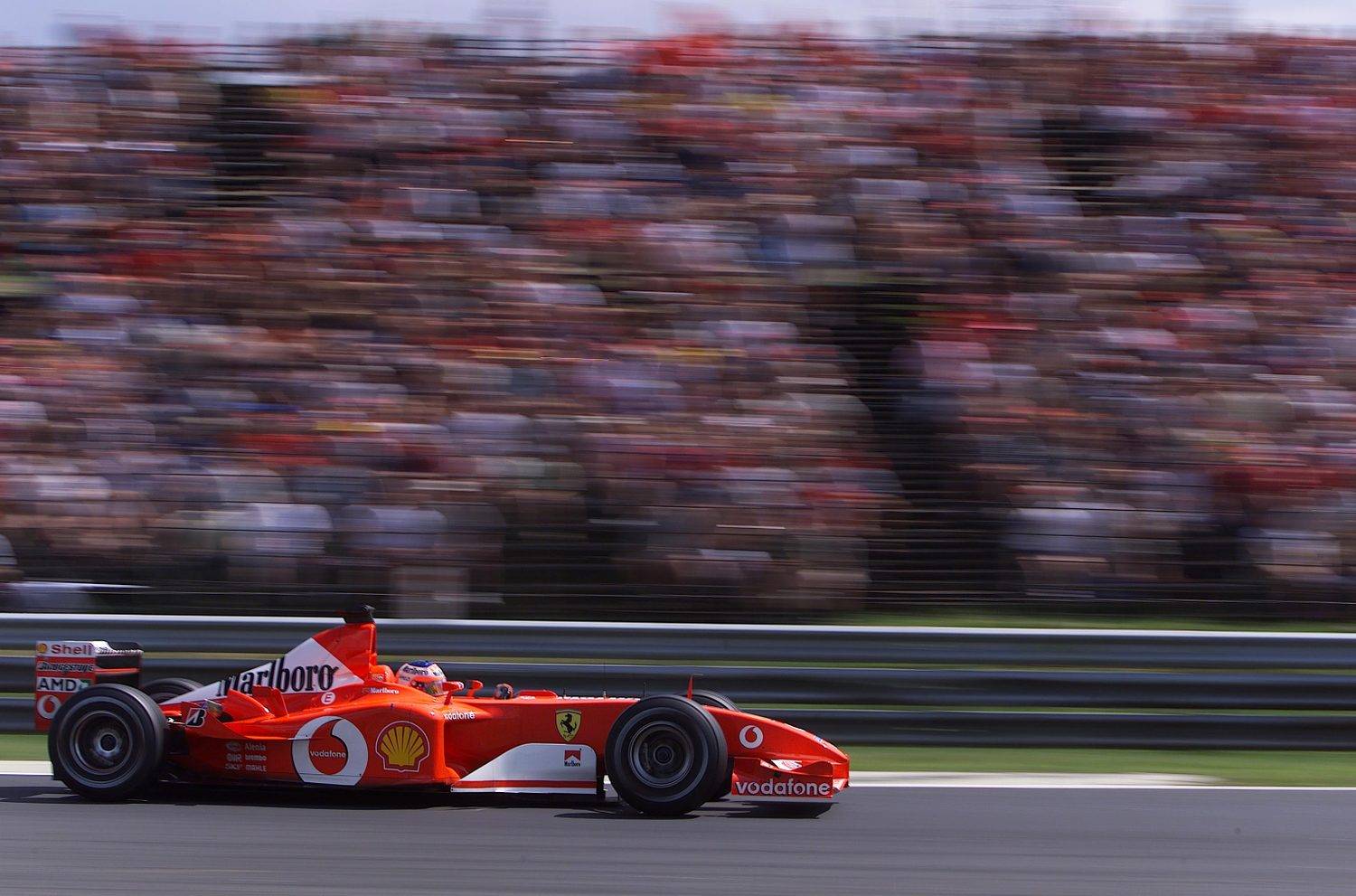 The work of designers Rory Byrne, Aldo Costa and Nikolas Tombazis, with a revised 051 engine from the department led by Paolo Martinelli, the new car made its debut – a winning one in Brazil. The 3 litre V10 engine might not have been the most powerful on the grid, but it boasted a very low centre of gravity, was very compact, which aided car packaging, as well being very light and fuel efficient, with a driver-friendly level of driveability. Apart from the excellence of the chassis and engine, tyres played an important role in the Scuderia’s success. There was tyre war at the time, as Bridgestone and Michelin were both involved. However, the Japanese company only really had one front running team in the shape of Ferrari and therefore it effectively produced tyres that were particularly suited to that one car. As a side note, this was the era of the abomination that was the “grooved slick” tyre, designed to reduce cornering speeds on safety grounds, but something that really had no place in the purist world of Grand Prix racing.

In short, the total F2002 package was in a class of its own and totally dominated the season. The figures speak for themselves with Scuderia Ferrari ending the year on 221 points, with Williams the second placed team way behind on just 92. That figure of 221 was an exact match for the combined total of all the other teams on the grid! In its lifetime, the F2002 also took 28 podiums, 11 poles, 15 fastest laps and that emotional final win on home soil at Imola in the 2003 San Marino GP.