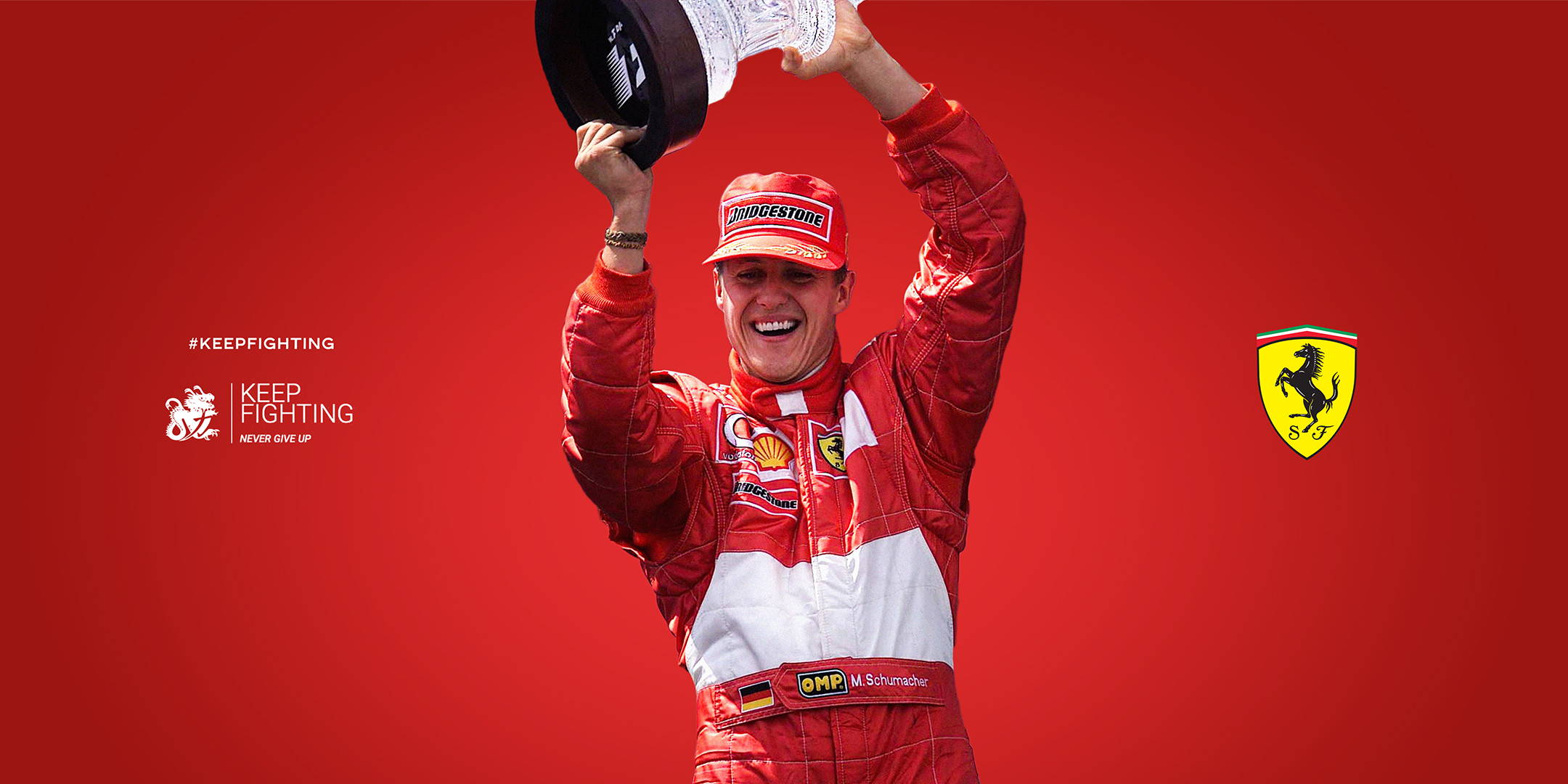 In late February 2002, as the F1 teams headed out for the opening round of the season in Melbourne, clearly Ferrari was the bookies favourite for the titles, but no one could have predicted how crushing would be its victory.

Michael Schumacher took his fifth Drivers’ crown – equalling Juan Manuel Fangio’s record - his third in a row with the Scuderia, with six races still to go to the end of the season. No one had ever raced to the title so quickly. The German finished on the podium in every single one of the 17 races, taking what was at the time a record 11 wins that year. The team won the Constructors’ championship of course, scoring more points than all the other teams put together. 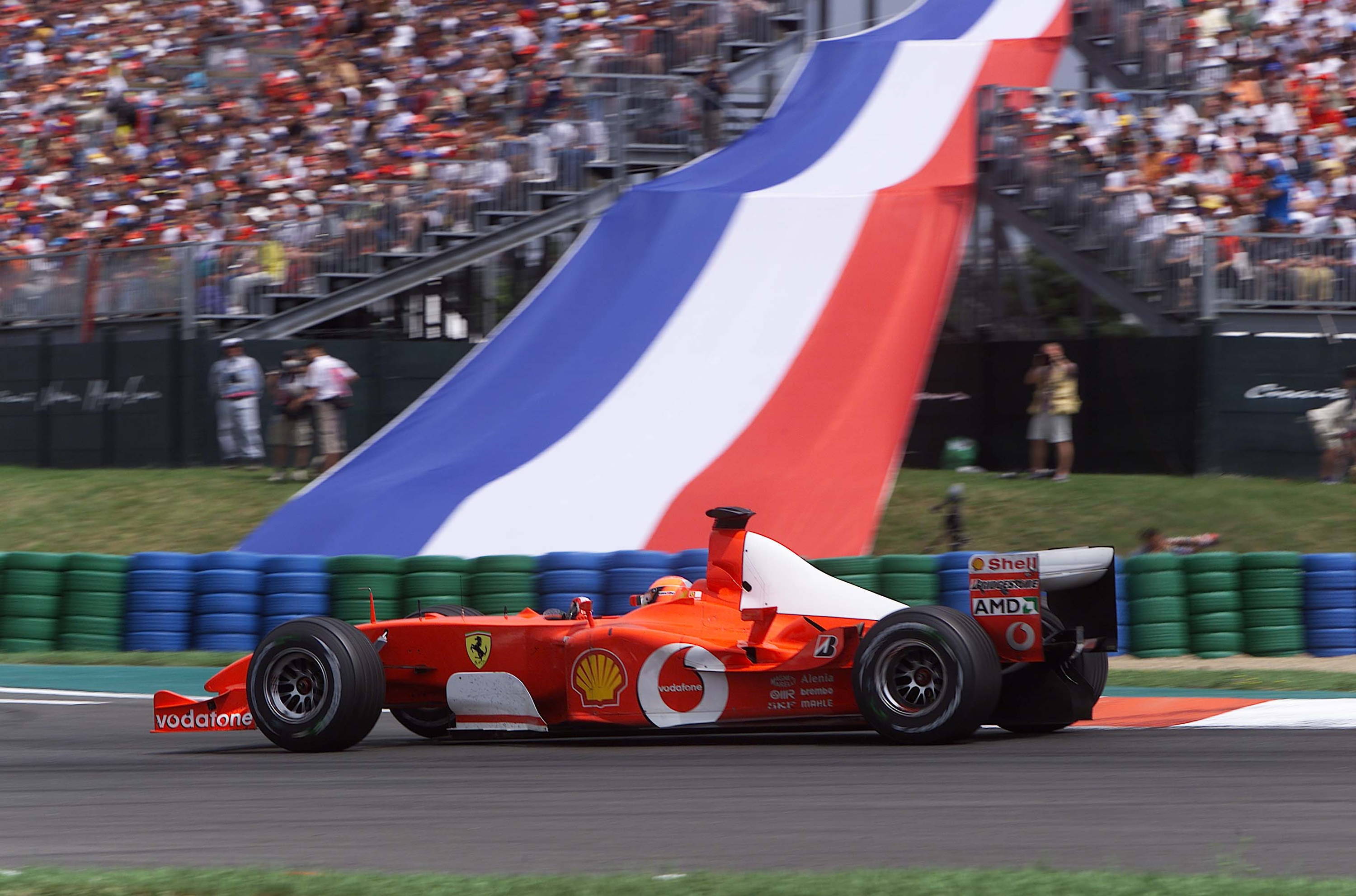 After 10 races, Michael Schumacher arrived in Magny-Cours with what looked like an unassailable lead in the 2002 World Championship. But given that the German was handed a drive-through penalty for crossing the white pit lane exit line after his tyre change on lap 26 which dropped him to third, no one would have bet on him sealing his fifth Drivers’ crown that day. But that’s exactly what happened. In the closing stages, Schumi was second to Kimi Raikkonen, but when the Finn spun off on oil, Michael pounced for the win, thus scoring enough points to take the title, with six races still to go. Never had the championship been decided so early and it meant Schumacher equalled Juan Manuel Fangio’s tally of five championship wins. “I love you” Michael shouted down from the podium, to his wife Corinna of course, but more than that, to the whole Scuderia and possibly everyone there that day! 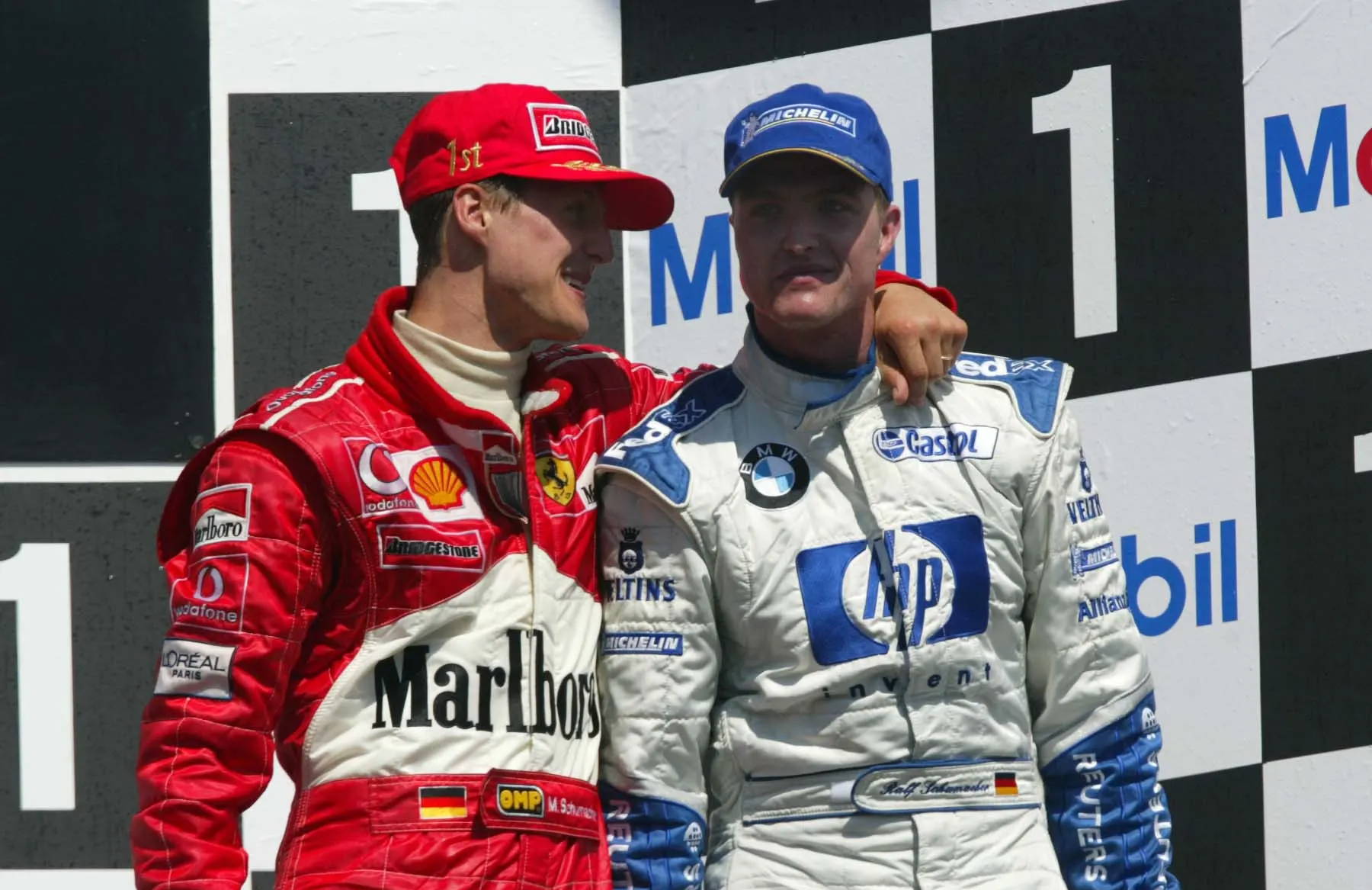 1-2 for the Schumacher brothers at the German Grand Prix of 2002. Image courtesy Hoch-Zwei

For a five-time world champion, it was a surprising statistic that Michael Schumacher had only won his home race at Hockenheim just once in 1995.

In 2002, he put that right, routing the opposition to win as he pleased from pole position in his Ferrari F2002.

It was the first year of the new shorter, safer Hockenheim, without those long high-speed straights through the forests, so the Schumi army was packed in to the Motodrom section to roar its approval. Making the day complete for Michael, his brother Ralf joined him on the podium, having finished third for Williams.

The Hungarian Grand Prix was true to form in being something of a procession in 2002. Having started from pole position in the Ferrari F2002, Rubens Barrichello stormed off into the lead, leaving team-mate Michael Schumacher to fend off his brother Ralf. The Brazilian never faltered on the way to his second win of the year and Michael was happy enough to finish second. Not the most spectacular race, but a very important one-two – the 57th – in the Scuderia history as the points the two men in red brought home that Sunday were enough to secure the team's twelfth Constructors’ crown, the fourth in a row. But there would be more to come… 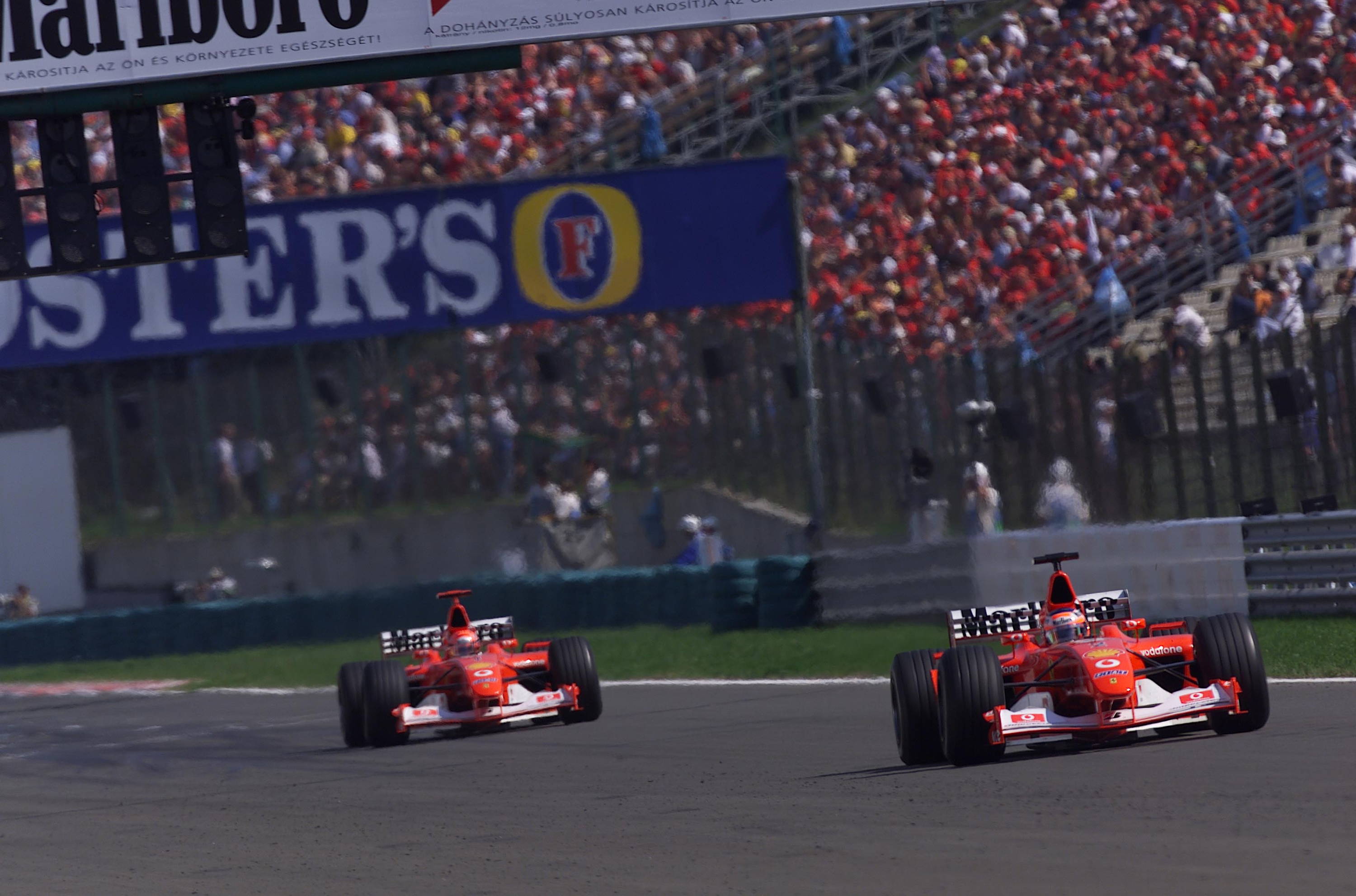 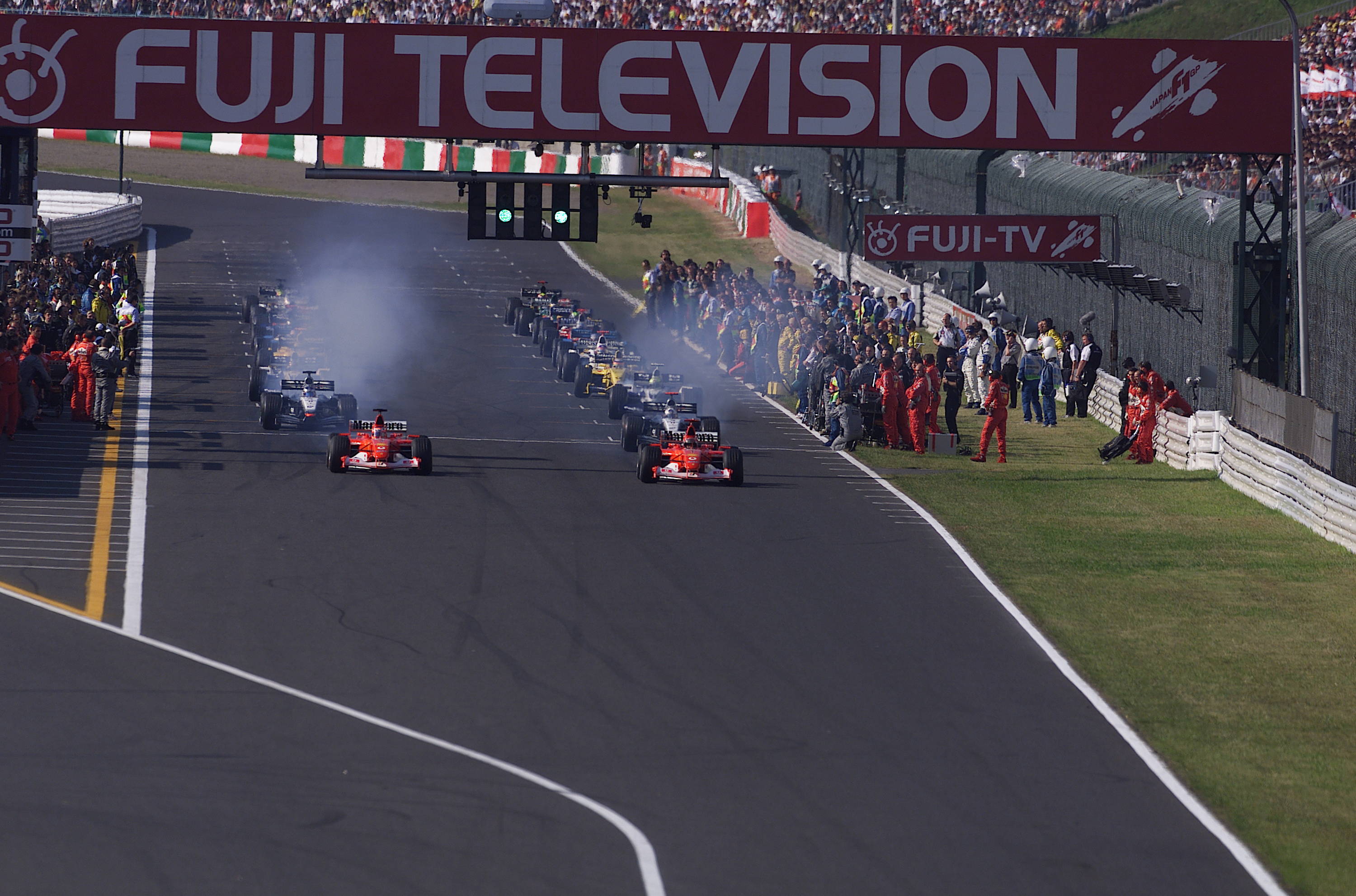 In Japan, when the lights went out, the German just took off, leaving the rest trailing in his wake. Image courtesy Wolfgang Wilhelm

The 2002 Japanese Grand Prix was the 17th and final round of the season and the 155,000 strong crowd at Suzuka was treated to a display that pretty much summed up the record year for Ferrari. Michael Schumacher took pole, with team-mate Rubens Barrichello alongside him on the front row and when the lights went out, the German just took off, leaving the rest trailing in his wake. He slowed down enough on the 53rd and final lap to allow Rubens to be part of a triumphant photo finish as the pair crossed the line almost together to round off a record-breaking year. It was Michael’s eleventh seasonal win and the Scuderia’s 15th, equalling McLaren’s record set in 1988.