51 years on from 20th July 1969, the first Moon landing, with a man actually walking on the surface of a planet other than Earth, is still an almost unbelievable feat. That’s why, although here at Automobilist, we tend to specialise in tall tales of the motor car variety, we couldn’t say no to collaborating with NASA last year for a 50th anniversary poster for the first manned mission to land on the Moon.

To this day, only 12 people, including those first two, Neil Armstrong and Buzz Aldrin, have stood on the surface of the Moon. The amazing achievement of NASA, the National Aeronautics and Space Administration was born, like so many of man’s technical achievements, out of a military and warlike imperative, which can be traced back to the Cold War of the late 50s and 60s with the USA and Russia as its main protagonists. When Russia launched Sputnik 1 in 1957, it proved that the Soviet Union had the capacity to deliver weapons over huge distances, challenging the USA’s perceived position as the world’s major superpower. Four years later, the USSR took another important step towards winning the space race by putting Yuri Gagarin into orbit around the earth. 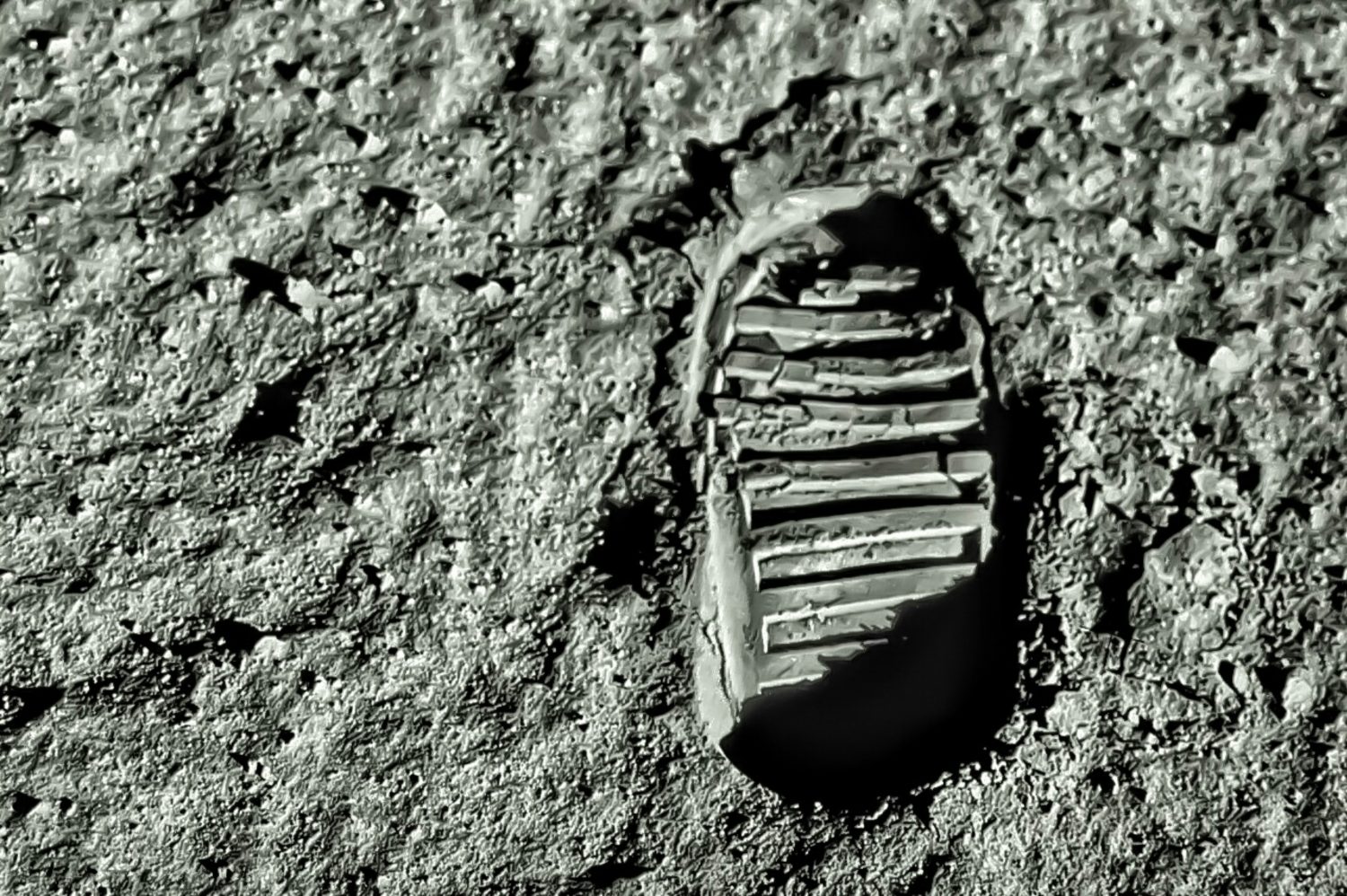 The USA needed a new challenge and that same year, President John F. Kennedy made his now famous appeal to Congress, stating that, “this nation should commit itself to achieving the goal, before this decade is out, of landing a man on the Moon and returning him safely to the Earth.” Appealing to the patriotism of the nation he concluded that, “it will not be one man going to the Moon—if we make this judgment affirmatively, it will be an entire nation. For all of us must work to put him there.”

So the Apollo project was born, named after the Greek God of light and the Sun. Kennedy saw the moon landing as a means to bring the two superpowers together and actually proposed to the Russian Premier, Nikita Khrushchev that it be a joint project, but the idea was turned down. However, the theme of global peace was continued in various symbolic gestures. Although the mission’s logo featured an image of the American bald eagle, it carried an olive branch in its talons and a gold olive branch was left on the surface of the Moon.

Today, advances in technology are such that, the idea of men landing on another planet might not seem that far fetched, so it’s hard to comprehend how mind-blowing the Moon landing was in an age before such every day items as laptop computers and mobile phones existed and the word internet had not yet been invented. No wonder almost a million people watched the actual launch from the roads and beaches around Florida’s Kennedy Space Center on Merritt Island.  Apollo’s onboard guidance computer weighed around 32 kilos and yet had less computing power than a current smart phone. It’s understandable therefore that the then USA President Richard Nixon had a speech prepared in case Commander Neil Armstrong and Buzz Aldrin were unable to fly the lunar module, called Eagle, back into lunar orbit to rejoin Michael Collins. Collins the third man on the mission, had the task of flying the Command Module Columbia while his two fellow astronauts spent over 21 hours at Tranquility Base, the name given to the landing site. 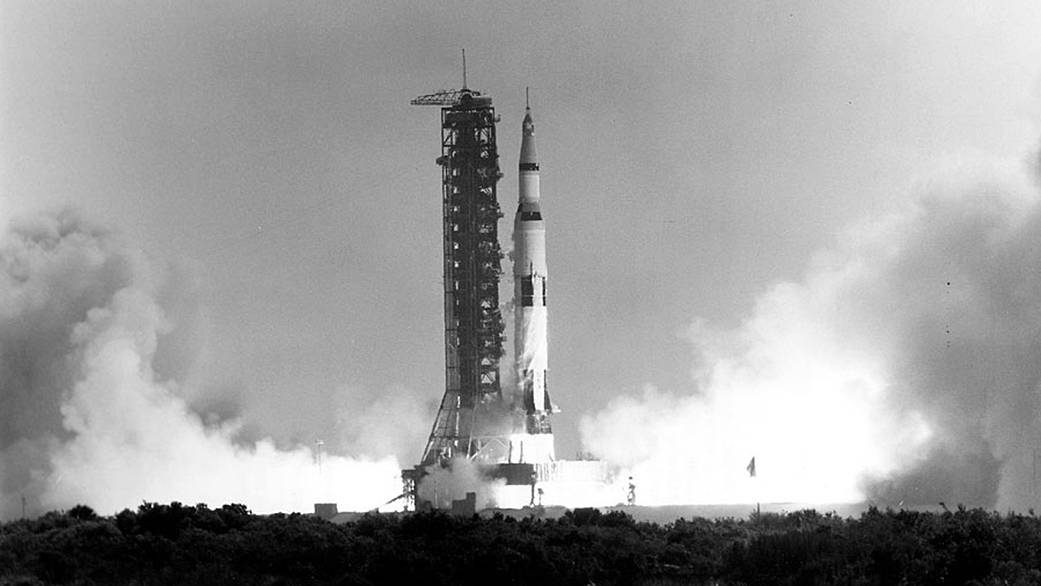 The  Saturn V rocket burned its way through 770,000 litres of fuel and 1,204,760 litres of liquid oxygen to blast the three parts of the Apollo craft into space. The spacecraft consisted of three elements. The command module which was home to the three astronauts, the service module which provided all the power, oxygen and water to the command module and then “Eagle” the lunar module that actually made the descent to the surface of the planet. Landing the module on the lunar surface was possibly the most dangerous and skilful part of the mission, as it involved Armstrong actually “flying” the craft, looking at the surface to find a safe spot in the Sea of Tranquility, having to deal with craters and boulders while looking for a piece of level ground. In some ways, this was almost like the early days of flight, with Armstrong having to pick out large rocks in order to gauge his speed. The craft landed and Armstrong informed Houston that “the Eagle has landed.” It had been one of the most heart-stopping moments of the mission as evinced by the response from Charles Duke, the man on the ground in charge of communications: “we copy you on the ground. You got a bunch of guys about to turn blue. We're breathing again. Thanks a lot!”

The command module, Columbia, was the only element that returned to earth, splashing down in the Pacific after eight days in space. And in a procedure that will strike a chord with all of us living through the Covid-19 pandemic, Armstrong, Collins and Aldrin had to spend 14 days in quarantine after landing!