Hesketh Racing took part in 52 Formula 1 World Championship Grands Prix from 1974 to 1978. The team was owned and run by Lord Hesketh, or Thomas Alexander-Fermor Hesketh, 3rd Baron Hesketh to give him his full title. He ran a Formula 3 car for his friend Anthony “Bubbles” Horsley who had more enthusiasm than talent behind the wheel and so they found a struggling British driver by the name of James Hunt and stuck him in the car instead. Despite the undoubted wealth of its owner, the F3 team was not flush with cash and at one particular race, the team members gathered in a circle to pray to the “Great Chicken in the Sky” for a new engine. They found a benefactor in the form of Max Mosley, the “M” of March Engineering, who would go on to be president of the FIA. From then on, the Hesketh lads would always refer to Mosley as “The Great Chicken of Bicester,” that being the town where March was based. In 1974 they decided to move up to Formula 1, running Hunt in a March chassis with the obligatory Ford Cosworth V8 engine. The car was all-white with virtually no sponsors, the team bankrolled by Hesketh’s inheritance. “Racing for Britain and racing for you,” was the team motto, and for reasons now lost in the mists of time, the Hesketh mascot was a teddy bear wearing a crash helmet and a Superman cape. “Super Bear” even had his own slogan, “Back British Bears!” So enduring was the Hesketh story that nearly fifty years later, you can still buy Hesketh bear merchandise. The team was based at Hesketh’s ancestral home near Towcester, just a stone’s throw from Silverstone Circuit. 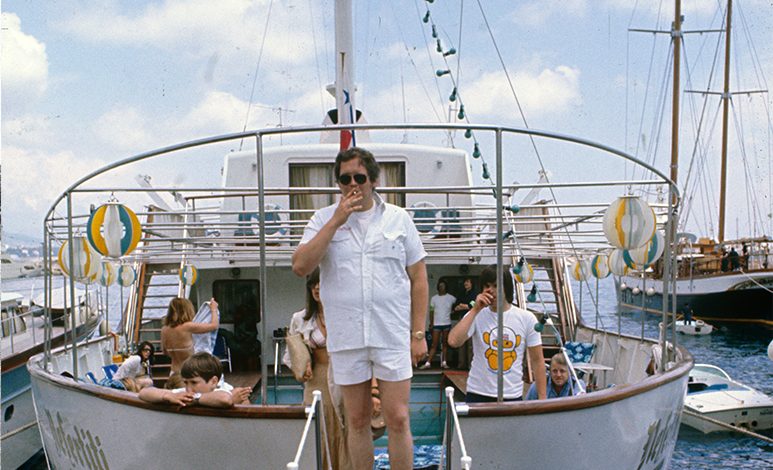 The Hesketh entourage had a reputation for enjoying the high life and the Monaco Grand Prix for example would feature a huge Hesketh yacht to entertain guests, a helicopter for the trip from Nice Airport and a variety of swanky motor cars to use in the Principality. Lord Hesketh himself, a larger than life character, both literally and figuratively, was partial to wearing white suits and along with Horsley and Hunt, the “3 Hs” cut colourful figures in the F1 paddocks. But there’s no point in having the money and a talented driver without a decent car and that’s why they employed the services of Harvey Postlethwaite to run the technical side of things, having poached him from March, where he worked on the new racing car company’s Formula 2 and 3 cars. “The Doc” got the job done, particularly with the Hesketh Ford 308B in ‘75, so that Hunt was often in contention that year, but still lived up to his reputation for making unforced errors.

The team’s playboy lifestyle, James’ in particular, rubbed a lot of people up the wrong way, so that the team was not taken very seriously, which actually worked in its favour in a way. But the fun and frolics hid a steely resolve and by 1975, Hunt and co were determined to show what they could do. Surrounded by the North Sea sand dunes, the Zandvoort circuit was expected to provide yet another win in the Dutch GP for the dominant Ferraris and Clay Regazzoni and Niki Lauda duly monopolised the front row of the grid. James Hunt was an impressive third. Race day dawned bleak and wet, so that the majority of teams switched their cars to rain set-up. Hesketh stuck to their guns, keeping dry weather settings, hoping, correctly as things turned out, that the track would dry. Not only that, but Hunt was one of the first to come in for slick tyres after just 7 laps, rejoining 19th. The Ferraris waited much longer to switch and, by the time they did, Hunt had built up quite a lead, with Jean-Pierre Jarier second in the Shadow ahead of Lauda. These two had a titanic duel until the Ferrari finally got the upper hand and started to close on Hunt. For around one third of the race, the Englishman had to fend off the Austrian in the faster car and a lot of people would have bet on Hunt throwing it away. But he didn’t, later saying that it was this Dutch performance that laid the foundations for his winning the world championship the following season with McLaren, because of the lessons he learned that day.

As one can imagine, the Hesketh party was particularly special that Sunday night. What went on? Gentlemen never discuss money nor what happened the night before!