Automobilist: Before you became the F1 safety car driver in 2000, you were a touring car racer. How did you get involved in racing?

Bernd Mayländer: I never expected to be a professional driver. I started in a different way than most racing drivers; usually you start karting, which I did, but just on one circuit in Switzerland, because we traveled there for our holidays. It was fun, but nothing more. At that time – when I was between 14 and 17 – I was playing tennis. In Germany we had a popular guy and a very successful girl – Boris Becker and Steffi Graf. So that was my sport, tennis.

I also had no driving license until 1989. When I started my first race, it was in a touring car, a sports car. I never did any kart racing. That's maybe why I didn't have early experience with a formula car. Back then, to me a ‘real’ car, a proper car, was a car with a roof. And that was why I started in a touring car, a GT car.

Automobilist: In other words, you started racing with serious hardware, skipping the karting step altogether.

Mayländer: That's right. I did one formula season in Formula Ford 1600, in 1991. That was great, but it was still not a proper car for me. My heroes have always been touring car drivers like Klaus Ludwig and Bernd Schneider. I also did some club sport racing and some small championships in sports cars. But at the end of 1992, I wanted to stop altogether. I said to my father, ‘This is getting too expensive.’

Then, at the end of 1993, I finished third in the championship and it was the first time that I realized, okay, maybe I can make money racing. It is a job. To this day I still love my job because I'm doing my hobby.

Automobilist: What do you consider the high points of your racing career?

Mayländer: One was in 1994, when I won the German Porsche Carrera Cup. That was my chance to go from being a good amateur driver to a professional driver. I signed a contract at the end of 1994 with Mercedes, to drive in the DTM (Deutsche Tourenwagen Meisterschaft), which was my dream. I idolised those cars, those names, and that championship. From one moment to the next I had signed a contract to go testing and then all these heroes became my teammates.

Then in 1997, we started in the FIA GT Championship; that was my most powerful and most beautiful car [a Mercedes-Benz CLK GTR]. Driving in a world championship with a teammate like Klaus Ludwig, who had won at Le Mans three times and was DTM champion three times, was quite exciting.

In 2000, I signed the contract with the FIA to drive the safety car for Formula One.

That same year, I won the 24 Hours Nürburgring. To win this special race, with a brand like Porsche, that was one of my biggest and most important moments. 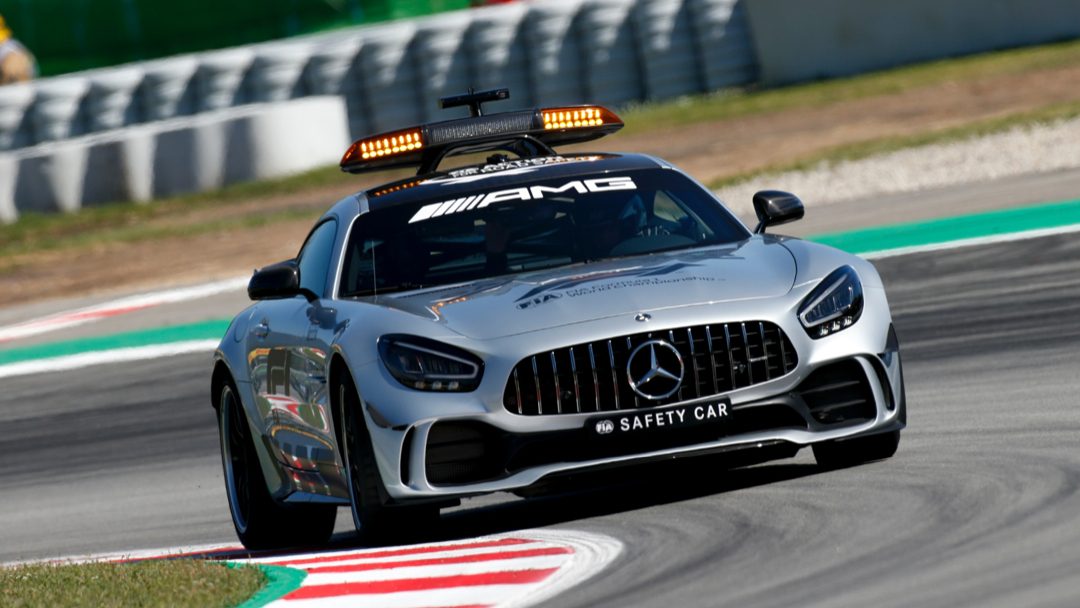 Automobilist: When you signed with the FIA in 2000, you were still racing, which must have been hard to balance. In previous interviews you’ve said that after the 2004 DTM, it was time to stop racing because it was “getting too much.” Explain that.

Mayländer: It was too much because at that time we had between 16 and 18 races a season [in F1]. Then, I had another 10 weekends with DTM. I was traveling for up to 40 weekends or more every year. Sure, racing is good fun when you're in the car, but all the stuff around was getting too much. I wanted to stay in motorsport, and the safest way to stay in motorsport was to be focused on Formula One.

Also, my spirit at that time was just running out of power a little bit for DTM. I was driving a season-old car, and that's quite tough. So, I was fighting for 10th place and that's not what I really wanted. I wanted to fight to win races.

Automobilist: Do you miss the competitiveness of racing?

Mayländer: Until about 2015 I was really only focused on Formula One and not really missing being in a proper race car. Sure, I did taxi rides for DTM and GT3 cars. Then I got an invitation two years ago to drive in a DTM Classic for a proper race. After that I felt that I definitely want to do some races again. I'm not sure if it will be in a GT3 or GT4 four car. It will not be on the Nordschleife again, because the last time I was racing there was nearly 20 years ago. But somewhere. I've been very close to finding a good long-distance race with some old friends, and I'm sure if we have the right team in the right championship, I’ll do some long-distance races.

Automobilist: This is going to be your 21st consecutive season in the driver’s seat of the safety car, and over that time the season has gotten longer with more races, which means more travel and more training. What’s your secret to career longevity?

Mayländer: To be honest, the 2000 season feels like it was only eight to 10 years ago. During the season, time is running so quickly with so many races. Sure, I'm happy when the season is over, but then two weeks later, I’m getting prepared for the next one. F1 is like a big family. I always look forward to the start of the next season. There is a procedure every year that keeps me close to my job, and I love my job. I also love to travel, and to be in motorsports you have to like to travel a lot. For me, [the start of every season] is like coming home to all my colleagues of the FIA group and friends in the paddock. 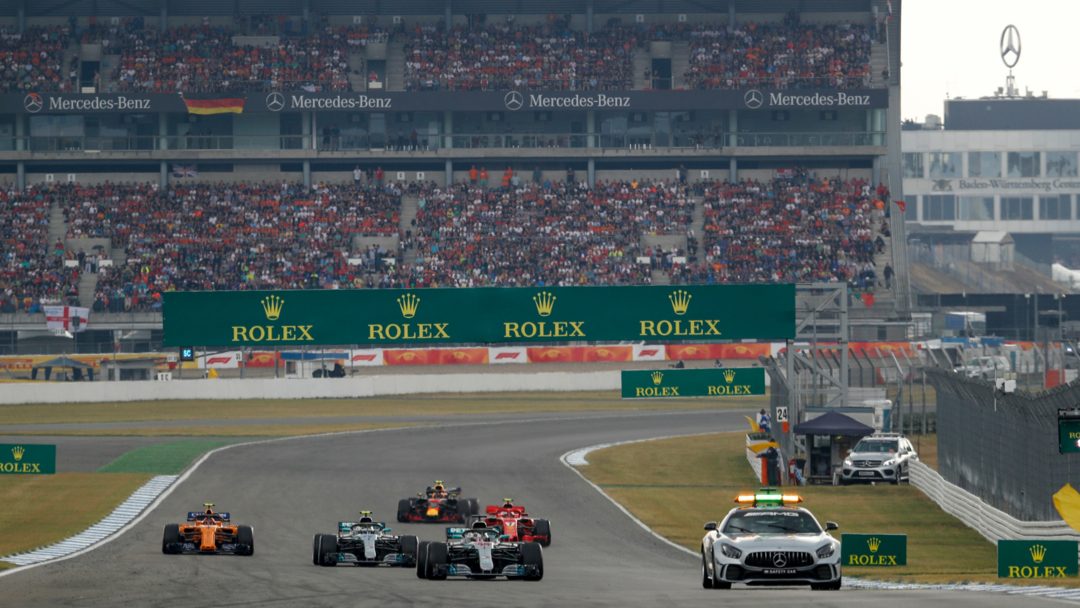 Mayländer: It depends on the situation. If you have a normal procedure and we can drive fast, on some tracks – in Baku, for instance, on the main straight – we’re going up to 280 km/h. But on TV that still looks slow. That’s because the car, compared to a Formula One car, is quite big. The car is heavy; it’s a super sports car, a Mercedes-AMG GT R. But compared to Formula One cars, it is slow because it’s a safety car, not a race car.

I know that the drivers complain sometimes – especially Lewis [Hamilton]. But we have to make this procedure for safety reasons, and all the drivers know it. It's also a little bit of strategy for F1 drivers. The Ferraris never say anything because they really want to save a lot of fuel and keep tires in the right window.

Mayländer: Track-wise, my favourite is Suzuka, because it's a beautiful racetrack. For the whole combination, I like Montreal and Singapore; they're beautiful towns with lots of things going on and the races are always good. This year we get a new racetrack with Hanoi, and I'm really sure Hanoi will be fantastic. But I have to say we have really good races everywhere. 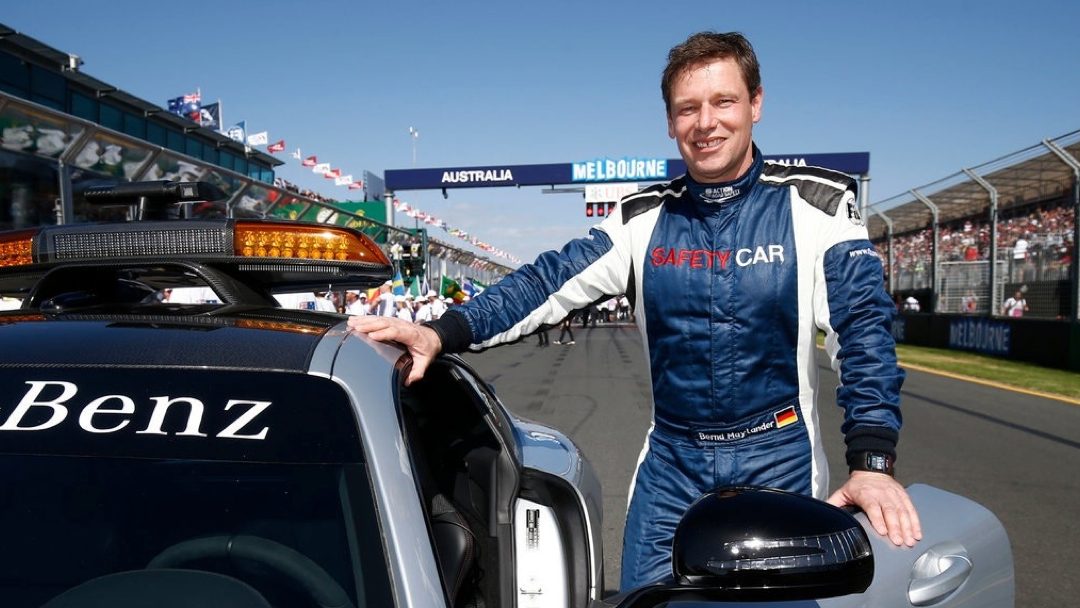 Automobilist: We've already talked a little bit about your longevity. How much longer do you have in the F1 safety car driver’s seat?

Mayländer: To be honest, I don't know; I still feel fit enough and I'm really looking forward to starting the 2020 season. I'm also looking forward to the 2021 season, because we will have new regulations. Also, I'm just 48. If I look to some of my colleagues who are still racing at my age, it’s not really old to be a safety car driver. In fact, I’m not thinking about stopping anytime soon.

Mayländer: I have a very good friend, Pavel Turek (Automobilist’s CEO) who invited me to an exhibition in Hockenheim 2018, and from that moment on I was a big fan of Automobilist pictures.

Automobilist: Do you have a favourite print or prints?

Mayländer: I have a lot of favourites, including the Porsche 917 Le Mans, the Mercedes 1939 Nürburgring, and the Ferrari GTO. 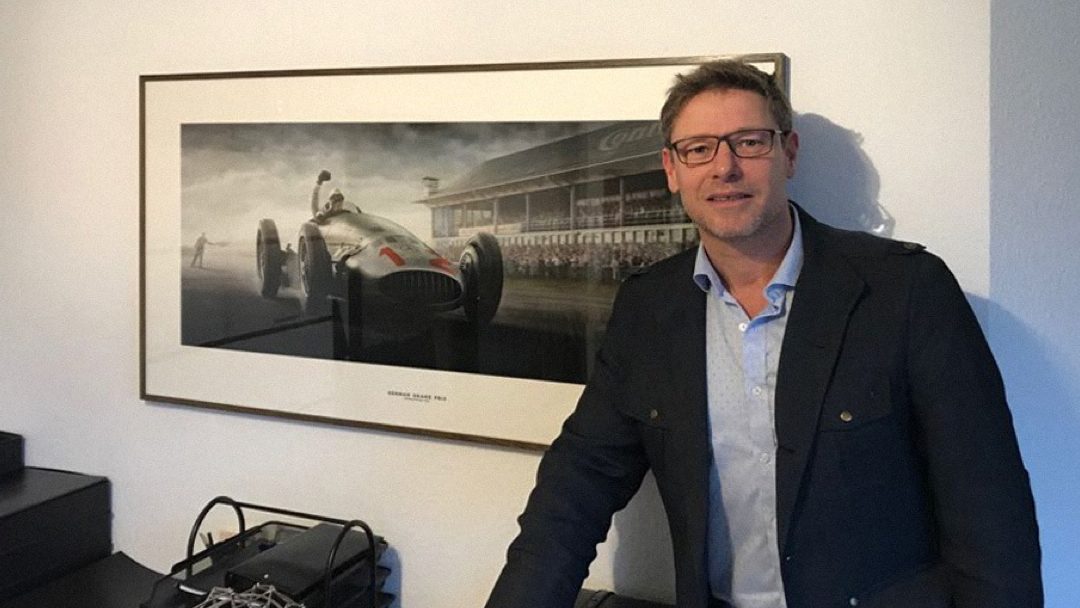 A Swede Swerves Through Sicilians - Artwork