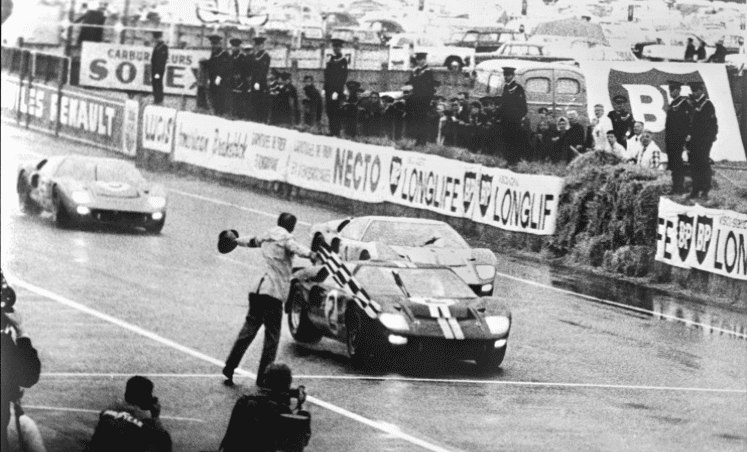 he Le Mans 24 Hours has attracted plenty of film makers and currently there’s one playing about the 1966 race. Not just the race, but a storyline that, if it had been a work of fiction, would be deemed too far-fetched to be true. At the centre of it is the fact that Henry Ford II was not used to being denied and the giant of the motor industry was more than a little miffed when Enzo Ferrari turned down the Blue Oval’s offer to buy the Italian firm. To get his own back, Ford came up with the GT40 project, a car built purely to beat the Prancing Horse at Le Mans. The name? 40 refers to the height of the roof from the ground in inches. Towards the end of the race, Ford had proved its superiority with its GT40 Mk II occupying the top three places, but the company’s racing director Leo Beebe decided to stage a parade finish with the three cars taking the chequered flag in line abreast, which they duly did. Denny Hulme and development driver Ken Miles should have won, but because the sister car of Kiwis Bruce McLaren and Chris Amon had started from 20 metres further back a day earlier, it was deemed the winner. Miles was unimpressed as he was heading for a triple crown having won in Daytona and Sebring. He was killed a couple of months later while testing the next iteration of the GT40 at the Riverside circuit in California. 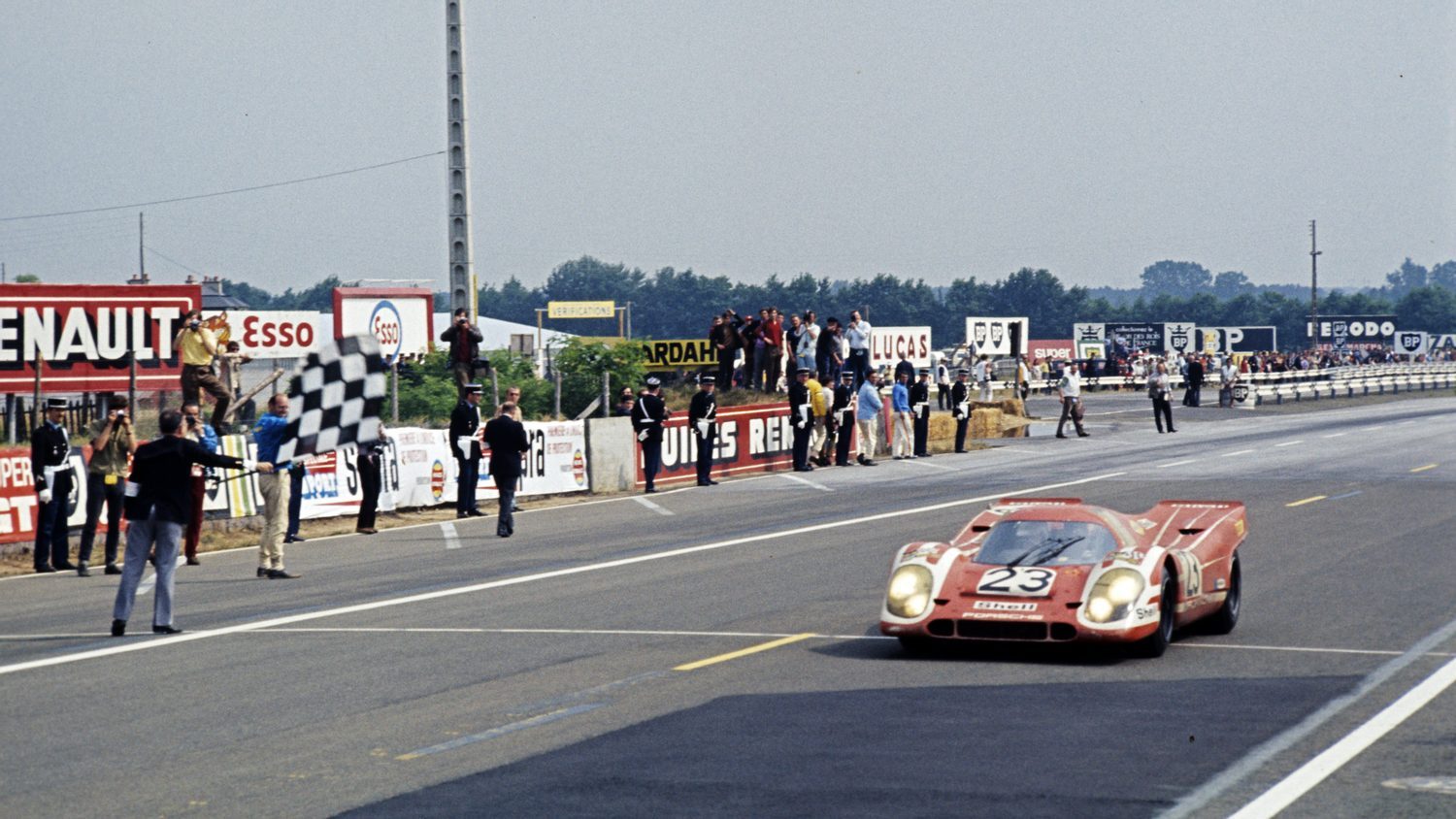 As the most successful manufacturer at the Le Mans 24 Hours, it’s hard to imagine a time when the Zuffenhausen marque had not actually won the race. Incidentally, its first overall victory came in 1970 - in the 6th decade of the endurance motorsport -  and Porsche certainly stacked the odds in its favour with no fewer than 20 factory and privateer cars entered. On a hot humid Saturday, the race began for the first time in its history with the cars in echelon formation as usual but with the drivers belted into their seats. The traditional drivers’ dash from the opposite side of the track had finally been banned on safety grounds. It was a race of attrition due to heavy thunderstorms and plenty of accidents. The mighty Porsche 917K (the short tailed version) with its 4.5 litre engine took the veteran Hans Herrmann and co-driver Richard Attwood to victory, heading a Porsche 1-2-3. They finished five laps ahead of the second placed psychedelically painted “long tail” version entered by Martini Racing. The 1970 race also provided the backdrop for one of the greatest motor racing films of all time, Steve McQueen’s “Le Mans.” The Hollywood star was actually pencilled in to compete in the race, but his insurance company wouldn’t allow it. Jacky Ickx and Derek Bell won the 1982 Le Mans 24 Hours in a Porsche. Nothing too surprising there as both drivers were endurance racing specialists and Porsche was the dominant manufacturer in those days. Ickx won the race a total of six times, not to mention the eight Formula 1 victories, his CanAm Championship title and a win in the Paris-Dakar victory. Bell ended up with five Le Mans wins to his name and was World Sportscar Champion twice. What made the 1982 victory special, although no one was to know it at the time, was the fact it was the very last win for a two-man crew, all other wins to date featuring cars with three drivers. 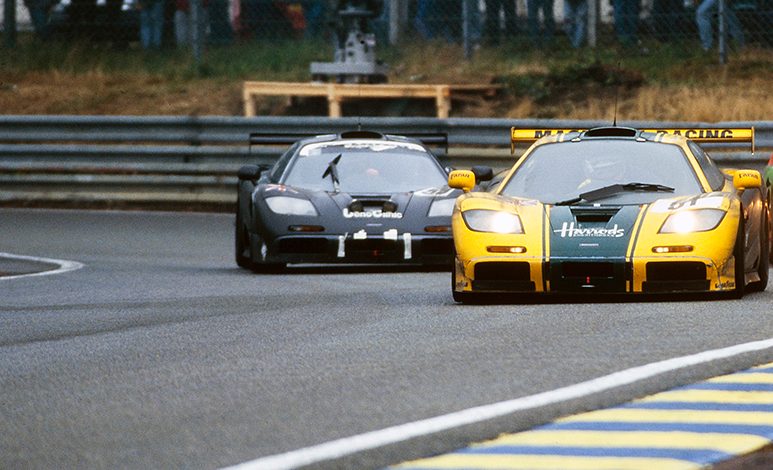 As race debuts go it was spectacular! McLaren, for so long a major player in Formula 1, had never raced at the Le Mans 24 Hours before. It turned up in 1995 and took not just the overall and class win, but also filled four of the top five places. The McLaren F1 was a reluctant race car. Designer Gordon Murray had put track considerations aside when designing the supercar. And although not the strongest field in terms of the super quick prototype cars, there were enough of them entered to add credibility to what McLaren achieved. Victory was certainly unexpected as the highest placed McLaren F1 GTR on the grid was down in ninth place. But appalling wet weather helped, as it meant the car’s slightly weaker points in racing terms - it’s clutch and transmission - were less stressed than if the cars had been travelling at dry weather speeds.

The rookie team of Yannick Dalmas, Masanori Sekiya and JJ Lehto was the least fancied of the McLaren runners, but better reliability and race strategy saw it overhaul its more fancied opposition. Before the McLaren F1 GTR shook the 1995 Le Mans, no other team had ever captured four of the top five places on a debut appearance. 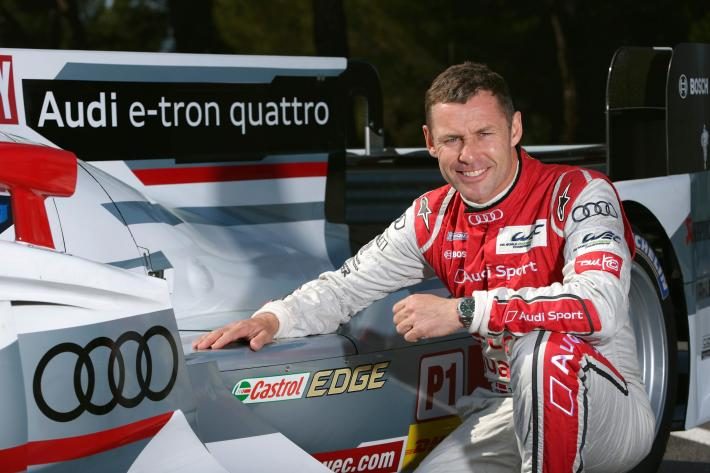 Additional 1 from the New Millennium: 2013 - King Kristensen to the power of 9

Le Mans has produced many heroes but one man now stands head and shoulders above the rest as the undisputed king of the 24 Hour classic. Denmark’s Tom Kristensen won the race at his first attempt in 1997 and then came eight more wins, six of them consecutive from 2000 to 2005. With five further top three finishes, the Dane seems to have been in 14 podium photos across  20 years of the French classic before he retired in 2014. No wonder he is known as “Mr. Le Mans.” Kristensen has also won the prestigious 12 Hours of Sebring a record six times. 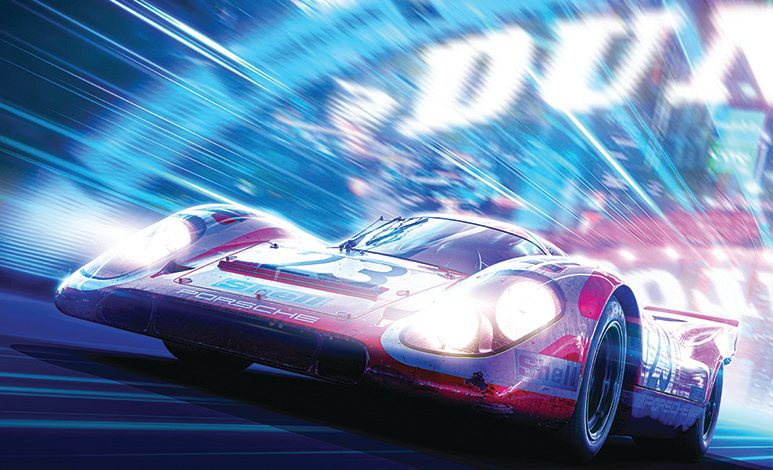 The Future Builds on the Foundations of the Past

Fast forward, then, to 2054 to the 24th week of the year and another edition of the 24h Le Mans. In a dystopian world of fading sunlight due to atmospheric ejecta from a supervolcanic episode, a world in which megalopolises exist under huge, connected protective domes, or one when the urban lights, colour and glamour have taken over, the world’s greatest race continues, maybe on a hugely expanded circuit. What technology are the cars in Le Mans racing on - a newly discovered mineral which minimises our reliance on fossil fuels, a battery that provides an electric bolt akin to several hours of charging or something totally unimaginable. And what about liveries - would they be more futuristic or throwback to the iconic ones of the past. Automobilist and Porsche developed one imagined version with the 917 KH, inspired by the future taking inspiration from the past.