The Toscana Ferrari Grand Prix is the first ever Formula 1 World Championship race to be staged at the Mugello Circuit, near Florence and named in honour of the late MotoGP rider Marco Simoncelli. It’s F1 race Number One for the track and it’s also race One Thousand for Scuderia Ferrari. We take a trip down memory lane, to some unforgettable races in a special 4-part series

The Italian team is the only one to have competed in every year of the World Championship since it was established in 1950. The thousandth race presents the perfect excuse to look back at some of its most memorable races. But first a little history lesson.

Enzo Ferrari fell in love with motor sport on 6 September 1908 when, at the age of ten, his father took him to watch the Coppa Fiorio on the outskirts of Bologna. From that moment, he decided he wanted to be a racing driver, making his debut on 5 October 1919 and four years later he won at the Savio circuit. It was here that he met the mother of Great War pilot and Italian hero Francesco Baracca. She admired Ferrari’s courage and entrusted him with the prancing horse emblem that her son carried on the fuselage of his plane. 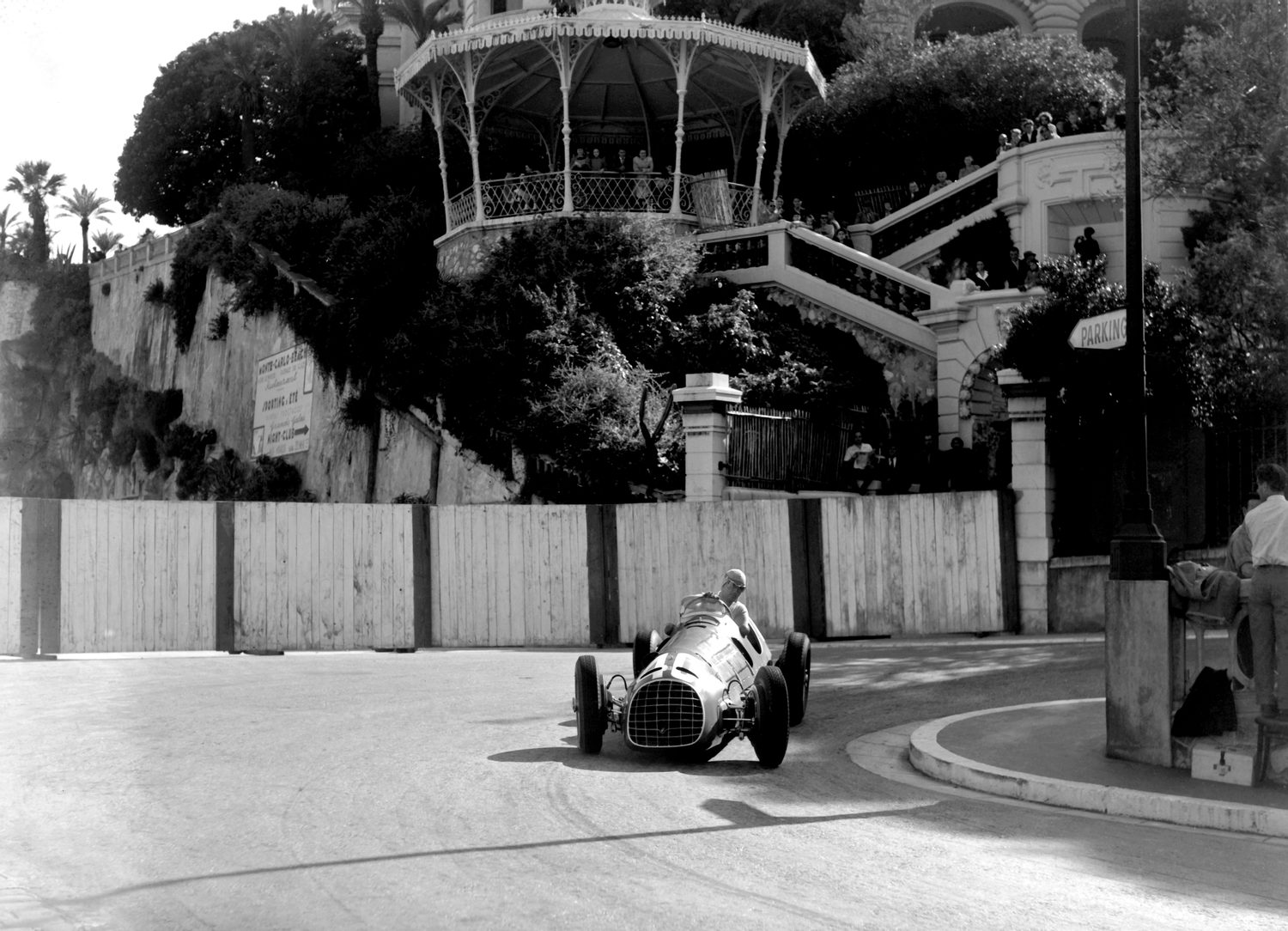 On 21 May in Monaco, Ferrari was ready for the start of the second ever championship grand prix, having missed the first one at Silverstone. Ferrari entered three turbocharged 125 F1s for Alberto Ascari, Luigi Villoresi and Frenchman Raymond Sommer. The race was marked by a freak accident, when inexplicably a wave of water came over the harbour wall, flooding the track at Tabac corner, with ten cars spinning out of the race. The race was won by Juan Manuel Fangio in an Alfa Romeo, while Ascari gave the fledging Ferrari team it’s first podium finish, coming home second. Enzo Ferrari realised his cars were not powerful enough and over the rest of the year, his team developed three new engines, each one bigger than the last, all of them normally aspirated V12s, a configuration that would become the marque’s trademark. 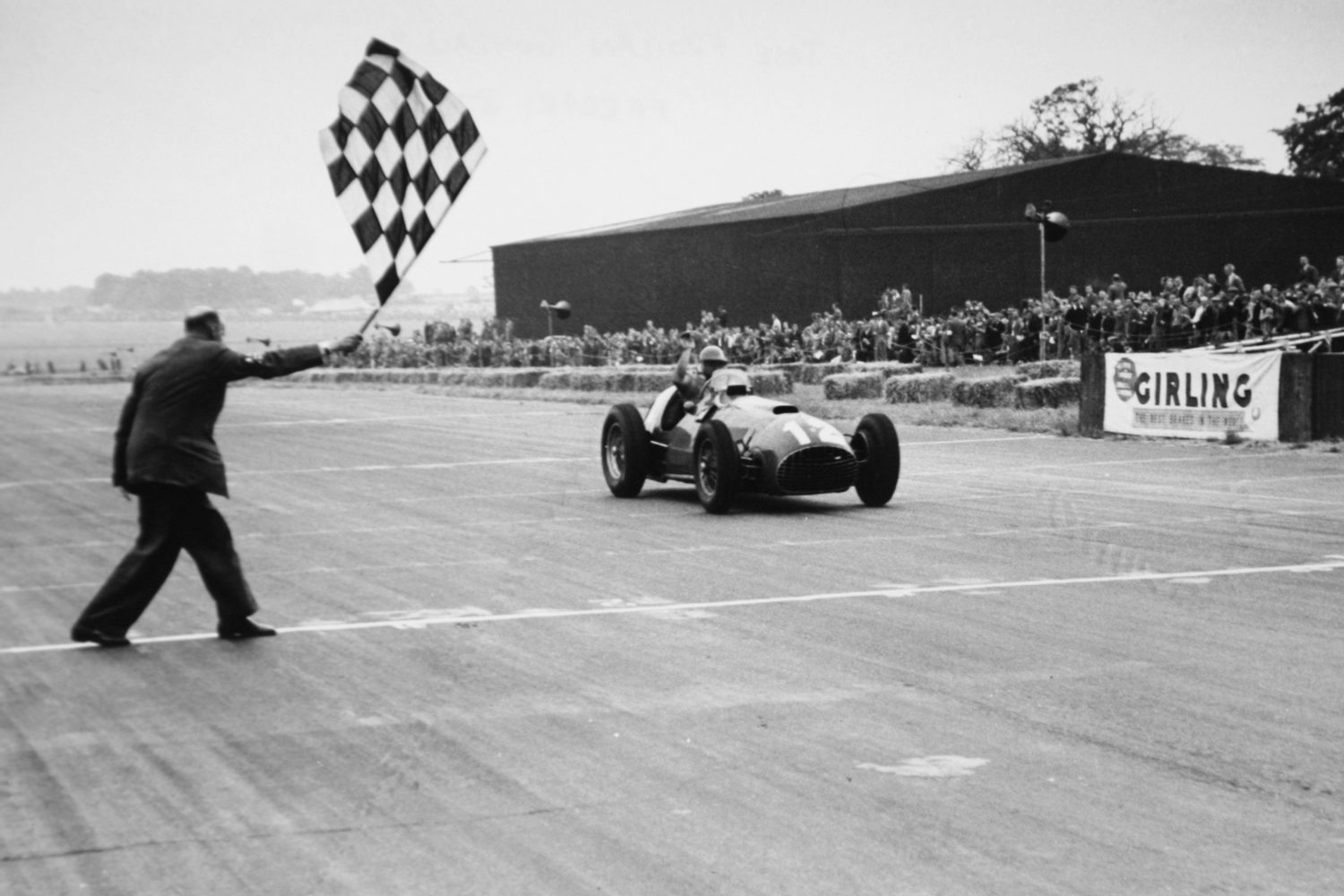 The Ferrari team was showing promise but had yet to win a race when it arrived at Silverstone. The Argentine, Jose Froilan Gonzalez took pole for the team and in the race he was first past the flag, 50 seconds ahead of fellow countryman Fangio after 400 kilometres of racing. The 90 lap race took the winner 2 hours 42 minutes and 18 seconds to complete. It was a crazy distance if one thinks how spartan were the cars at the time and how tiring they were to drive. It was a closely fought contest, with plenty of overtaking and Gonzalez’s win owed something to the class of his team leader Albert Ascari, who refused the offer to take over his team-mate’s car, as was permitted in the rules, after he’d had to retire with a gearbox failure. The Ferrari 375 had the advantage over the Alfa Romeo of using less fuel and therefore got by with fewer pit stops and took less time to refuel.

Years later, looking back at the memorable maiden win for his team, Enzo Ferrari wrote, “When in 1951, José Froilan Gonzalez driving a Ferrari, managed for the first time to drop the 159s and the entire Alfa Romeo team, I cried with happiness, but mixed with the tears of joy there were also tears of pain, because that day I thought to myself, I’ve killed my mother.” The mother in question was Alfa Romeo, for whom he had been a test driver, racer and head of the race department.

Round 4 of the 1961 Formula 1 season took place on 2nd July at Reims, France. Scuderia Ferrari arrived off the back of a totally dominant performance in the previous round in Belgium, when it placed four of its 156 F1s in the top four. On a hot day in France, Ferrari took the top three places on the grid, with Phil Hill on pole, followed by Wolfgang von Trips and Richie Ginther. The Italian federation had entered another Ferrari for a youngster from a well to do Milanese family. Giancarlo Baghetti had never raced in a world championship round before, but in the Ferrari 156 he had won a non-championship race in Sicily and repeated the feat a few days later in the Naples Grand Prix, although the opposition was not up to much. Around the 8.3 kilometre Reims track, Baghetti qualified

The 8.3 km Reims circuit was not easy to master and Baghetti did not shine in qualifying, setting the 12thfastest time, five and half seconds behind Hill, after having survived a scare. With Bruce McLaren in his slipstream going down the straight to the final Thillois corner, he came across a black road car travelling in the opposite direction. The marshals waved frantically and only at the last moment did the hapless driver get off the road, thus avoiding what would have been a fatal head on crash. Race day was roasting and the heat would contribute to causing havoc for the favourites: Von Trips had to retire with a water leak, then Hill was also out after spinning and being hit by Stirling Moss and a few laps later, Ginther parked with an engine failure, leaving Baghetti leading from Dan Gurney and Jo Bonnier, both in Porsches. It was a 10 lap duel down to the wire with the three cars banging wheels. Only Gurney and Baghetti started the penultimate lap as Bonnier retired. Gurney was first across the line as they started the last lap. Baghetti retook the lead but once again at the final corner, Gurney attacked onto the final straight. With only a couple of hundred metres to go, Baghetti was not giving up and having come out of the final corner better, pulled out of the slipstream with perfect timing to beat Gurney across the line by a tenth of a second. The rookie had won on his debut. 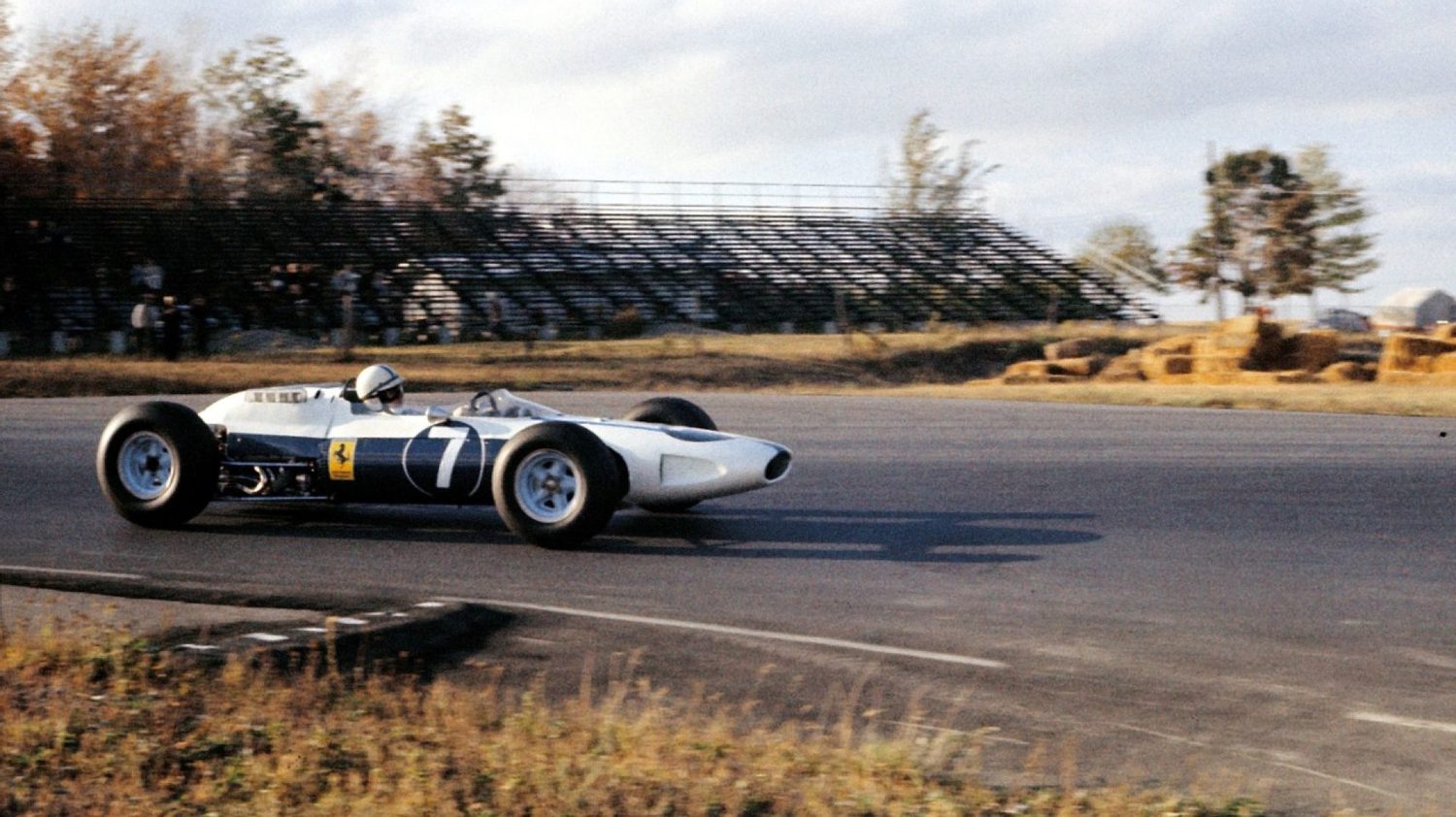 The Mexico City track, the same one used to this day, hosted the final round of the season and the title fight was going down to the wire, with three contenders: Graham Hill for BRM on 39 points, John Surtees on 34 for Ferrari, Jim Clark on 30 in the Lotus.

The 2500 metres altitude of Mexico City caused the usual change in engine power, a drop of around 25 horsepower. For Ferrari, Lorenzo Bandini was third on the grid running a 12 cylinder engine, while Surtees was fourth with a V8. Unusually, following a dispute between Enzo Ferrari and the Italian sporting authority, his cars were entered by the North American Racing Team, sporting the blue and white national racing colours of the USA. Surtees got a poor start and was 13th on the opening lap, before moving up the order. When Bandini and Hill collided at the hairpin, they both spun and lost time and Surtees was now third. Clark led until the final lap when smoke pouring from his Lotus put an end to his race, so that Dan Gurney and Surtees were first past the flag. It was enough to give the Englishman the Drivers’ Championship title by a single point over Hill. It was the first and to date the only time a multiple motorcycle world champion also won the Formula 1 title.