In the final part of our tribute to Ferrari’s 1000 Grands Prix we look at wins from multiple world champion drivers and one from the Maranello team’s hope for the future.

The championship was wide open as Formula 1 arrived in Monza for the last European race of the year. Five drivers, from leader Lewis Hamilton in the McLaren to Fernando Alonso in the Ferrari, were within 41 points of each other. As usual, the grandstands were packed from Friday with the Ferrari-loving tifosi. As from Saturday, their hopes were raised when Alonso gave Ferrari its 204th pole, his 20th. On Sunday he would share the front row with Jenson Button in the McLaren.

At two o’clock on the Sunday, the stands were packed, as was every tree and advertising hoarding that offered a view of the track. All the fans were hoping for a Prancing Horse victory from Alonso but he did not make the most of his pole position at the start and let Button in the McLaren get past him into the lead. At the first corner, Alonso clipped Button’s car. Lewis Hamilton was up to fourth, but after making contact with Felipe Massa at the Roggia Corner, ended up in the gravel and was forced to retire with a broken suspension arm.

The race now centred on the two Ferraris chasing Button. The decisive moment came on lap 36 when the McLaren pitted. Alonso stayed out one lap longer, pushing like mad. It was really close as he came out of pit lane just ahead of Button, with the two of them running side by side through the first two corners, before the Spaniard settled it.  Cue the traditional track invasion and a sea of red under the beautiful Monza podium. 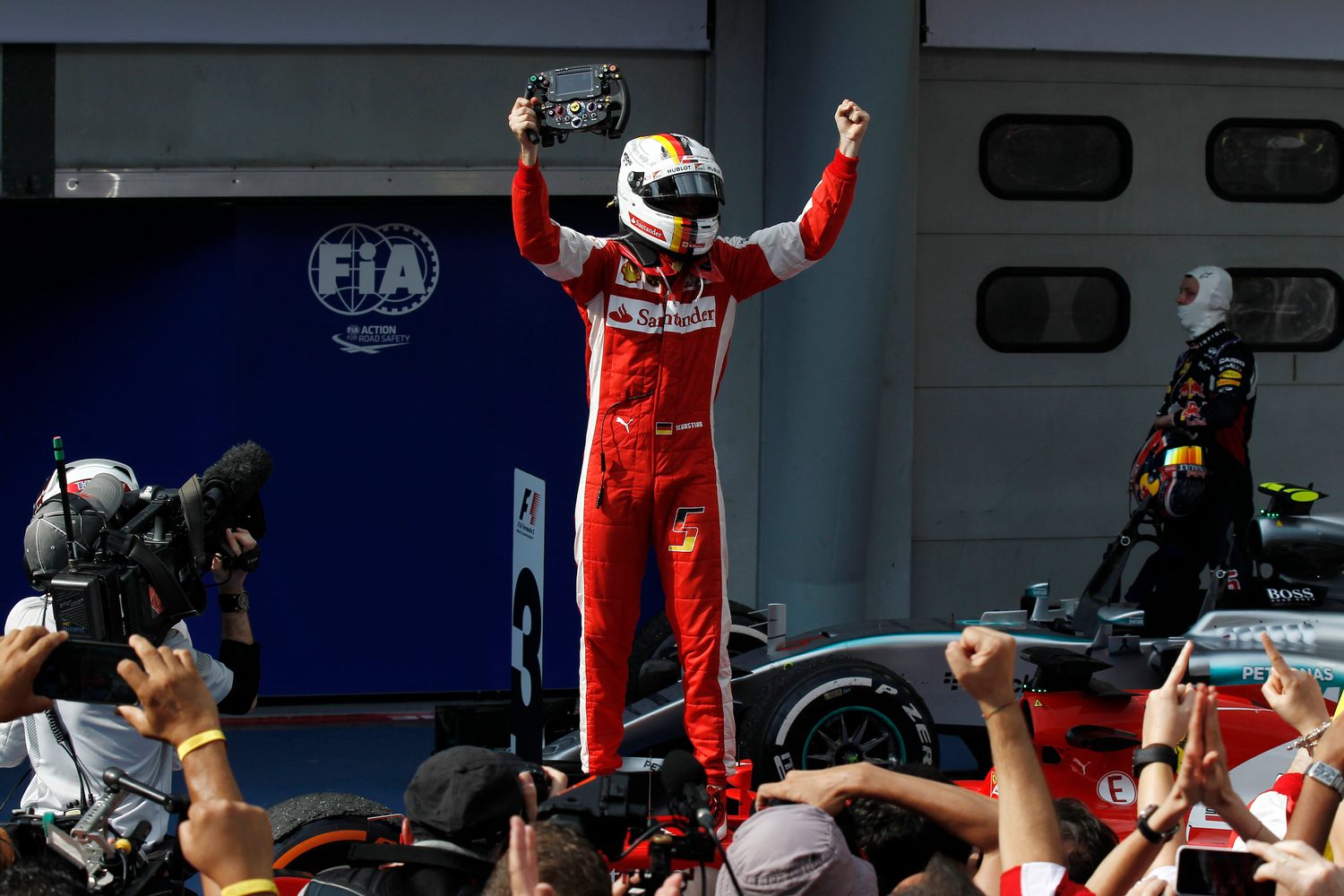 Big changes at Ferrari this year with one champ replaced by another, as Sebastian Vettel stepped into Fernando Alonso’s shoes and cockpit. The German finished third in the season-opener in Melbourne and next up was the Sepang circuit in Malaysia. Could one German revive the Prancing Horse glory days of his fellow countryman Michael Schumacher? Qualifying featured a typical Malaysian rain storm and come the end of it, Lewis Hamilton was on pole for Mercedes with Vettel alongside him

There were no major dramas after the start but on lap 4, Marcus Ericsson ended up in the gravel and the Safety Car came out. While several drivers instantly pitted to change tyres, Vettel stayed out on track and found himself in the lead. After making his own stop on lap 17, he had terrific pace and closed in on the two Mercedes before passing Nico Rosberg. A couple of laps later, Hamilton pitted again from the lead and Sebastian managed to stay ahead even when he made his second and final pit stop. And there it was, the old story of a German winning in a Ferrari, as Vettel took his first ever win for the Scuderia. The team had last won back in 2013 at the Spanish Grand Prix. No wonder the victory was greeted with wild celebrations in the garage. 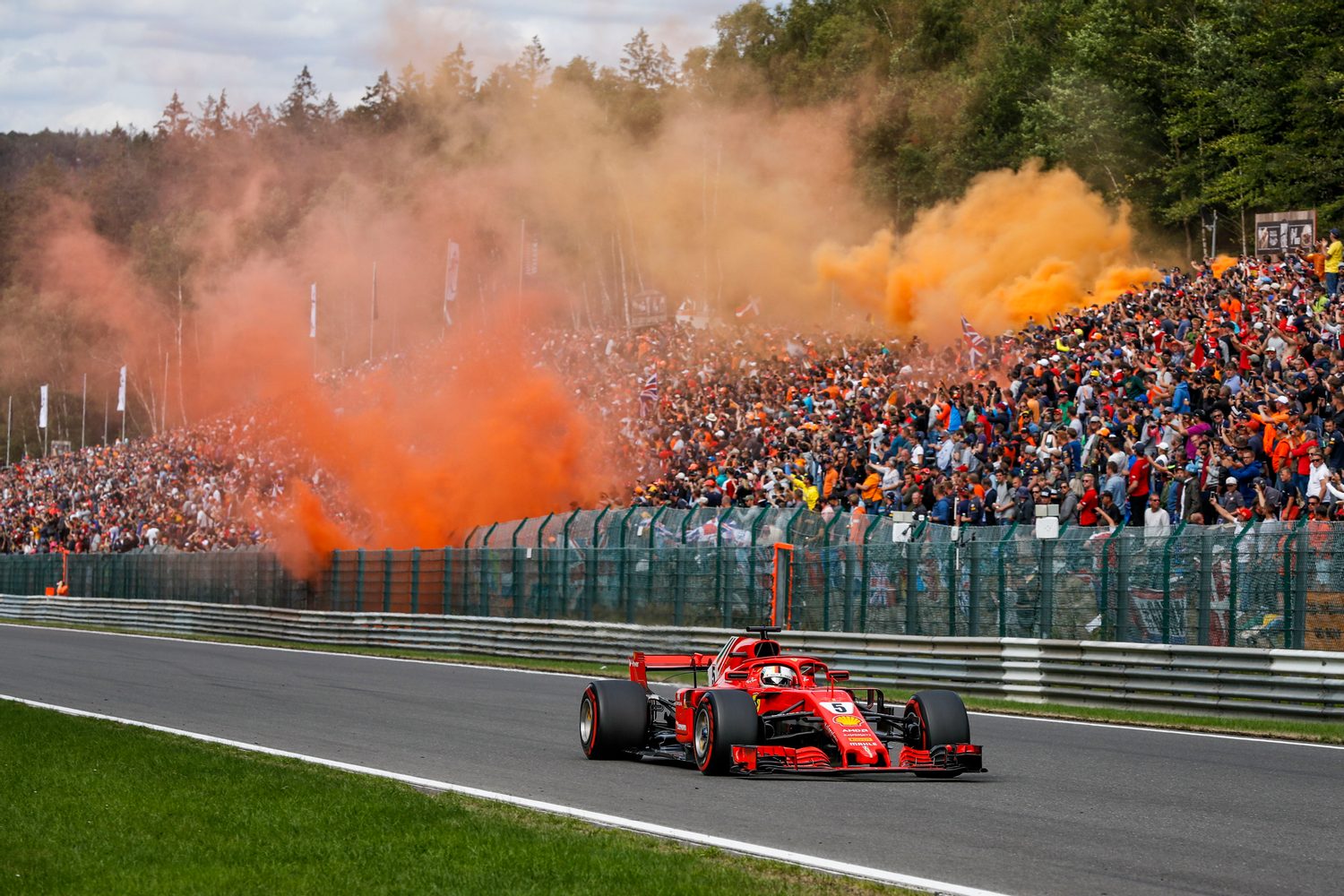 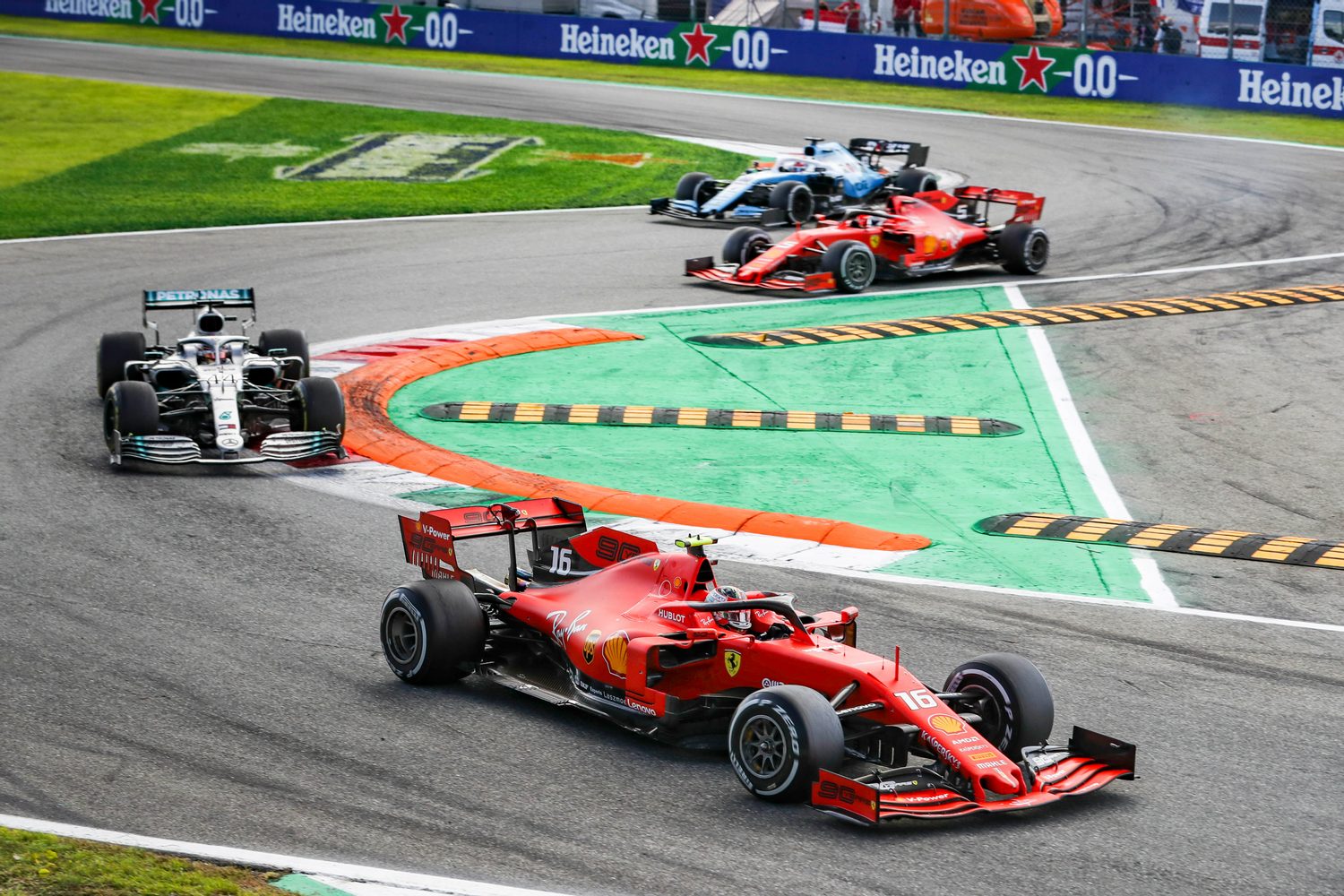 There are moments in a racing driver’s career that are truly significant and for Charles Leclerc, his Monza win was a defining moment. Yes, he had won just a week earlier in Belgium, his maiden victory in the top category of motor racing, but the Italian win was in some ways even more special.

For a youngster to arrive at Monza, as a Ferrari driver and as the favourite to win represents huge pressure, pressure from the fans, the media and even from within yourself. That’s before you factor in the pressure from the 19 other drivers on the grid, or more specifically the trio made up of your team-mate and the two Mercedes, your only real opposition.

Leclerc laid out his cards in qualifying, taking pole position ahead of the two Mercs and Vettel in the other Ferrari. The atmosphere on the grid was electric with the tifosi already ramping up the noise level. The Monegasque driver made a clean getaway to lead and the first run of pit stops didn’t change the order at the front. But from this point onwards, Leclerc would be hunted down by the two silver cars, but he didn’t put a foot wrong. At one point he and Hamilton were side by side and almost touched through Curva Grande, with the Englishman darting first one way and then the other, but Leclerc cooly easing his rival out of the way and off the track. The crowd had found a new hero! Hamilton’s challenge faded and for a while it looked as though Valtteri Bottas on fresher tyres might mount a serious challenge for the lead, but Leclerc delivered a veteran’s performance to fend off the Finn to claim his second win in the space of a week. It was Ferrari’s first win at home since that Alonso victory back in 2010.