One of motorsport’s greatest triumphs, Porsche’s first Le Mans win provided endurance racing with a car for the ages – any age!

Mid-way through the 1969 season of sports car racing and Porsche’s hastily assembled answer to new technical regulation governing the capacity of production sports cars was beginning to unravel. Beautiful and ballistically fast, the 917 was also frighteningly unstable at high speed.

Built to exploit a competitive loophole that restricted prototypes to three litres but which allowed for five-litre production cars, and which would demand just 25 production models instead of the usual 50, Porsche’s newest endeavour was a 4.7-litre, flat 12-cylinder monster known as the 917. Twenty-five were hastily made and, in June 1969, they lined up for inspection by the regulators. And though it was later suggested that not all 25 were complete, the sport’s administrators were satisfied. 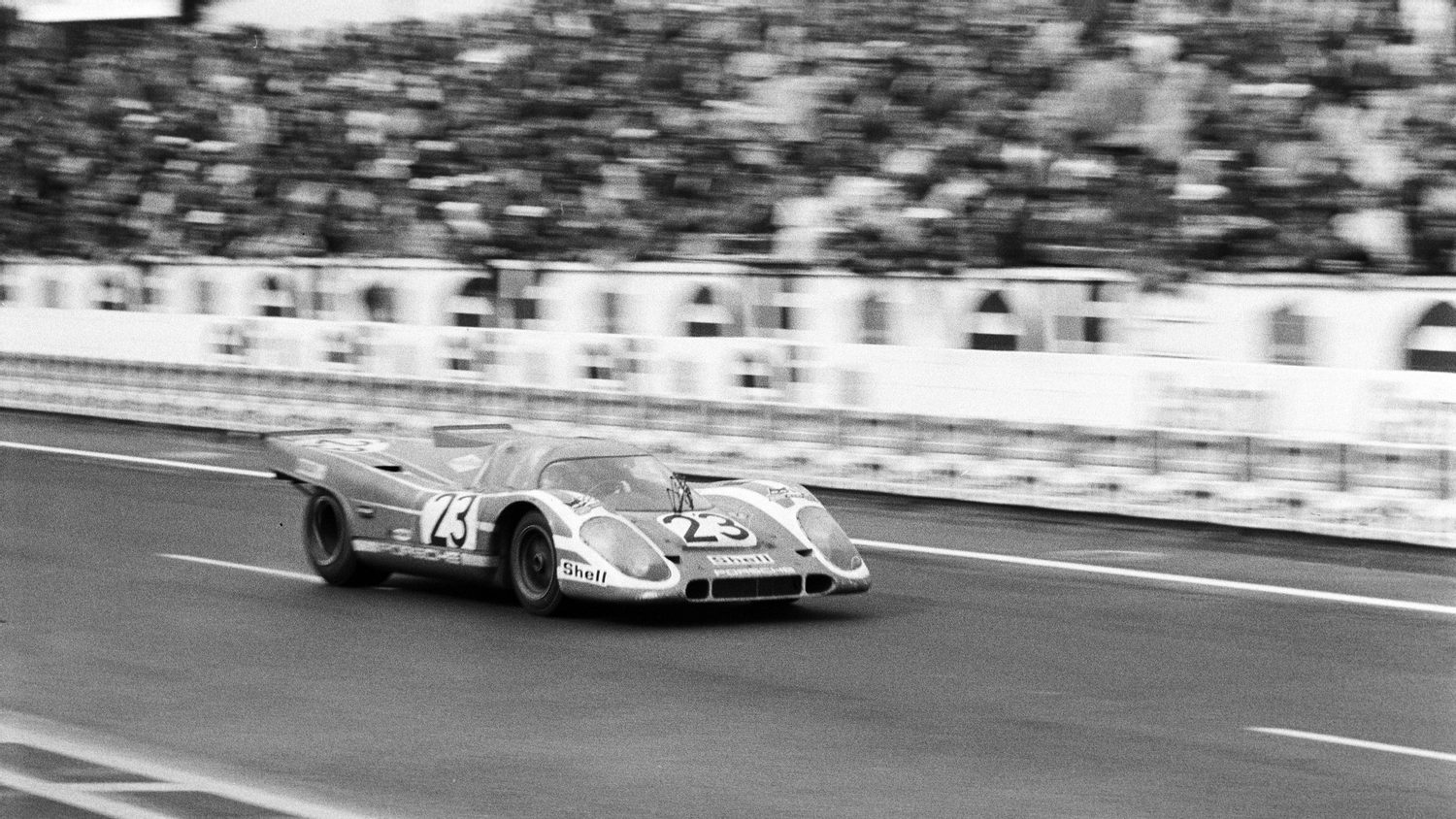 The same could not be said of the 917’s drivers. At a Le Mans test, driver Hans Hermann branded the car “a catastrophe.” Vic Elford who raced the car recalled: “What happened at high speed was that if you snapped off the throttle, the back end just sort of came up in the air and started steering the front, which at 220 MPH wasn't really very nice.”

Across 1969, the 917 proved almost impossible to tame. At the Nürburgring its drivers refused to race it. However, Elford and fellow Briton Richard Attwood led until close to the finish, the pair making use of the 917’s stunning power advantage to march to the front. At the 22-hour mark, however, the 917’s gearbox failed. “The factory thought I was disappointed, but I was utterly drained and actually relieved,” said Attwood.

Victory did come, at the 1969 Österreichring 1000kms, and the performance begged the question: How to tame a beast with so much potential, but so many problems. 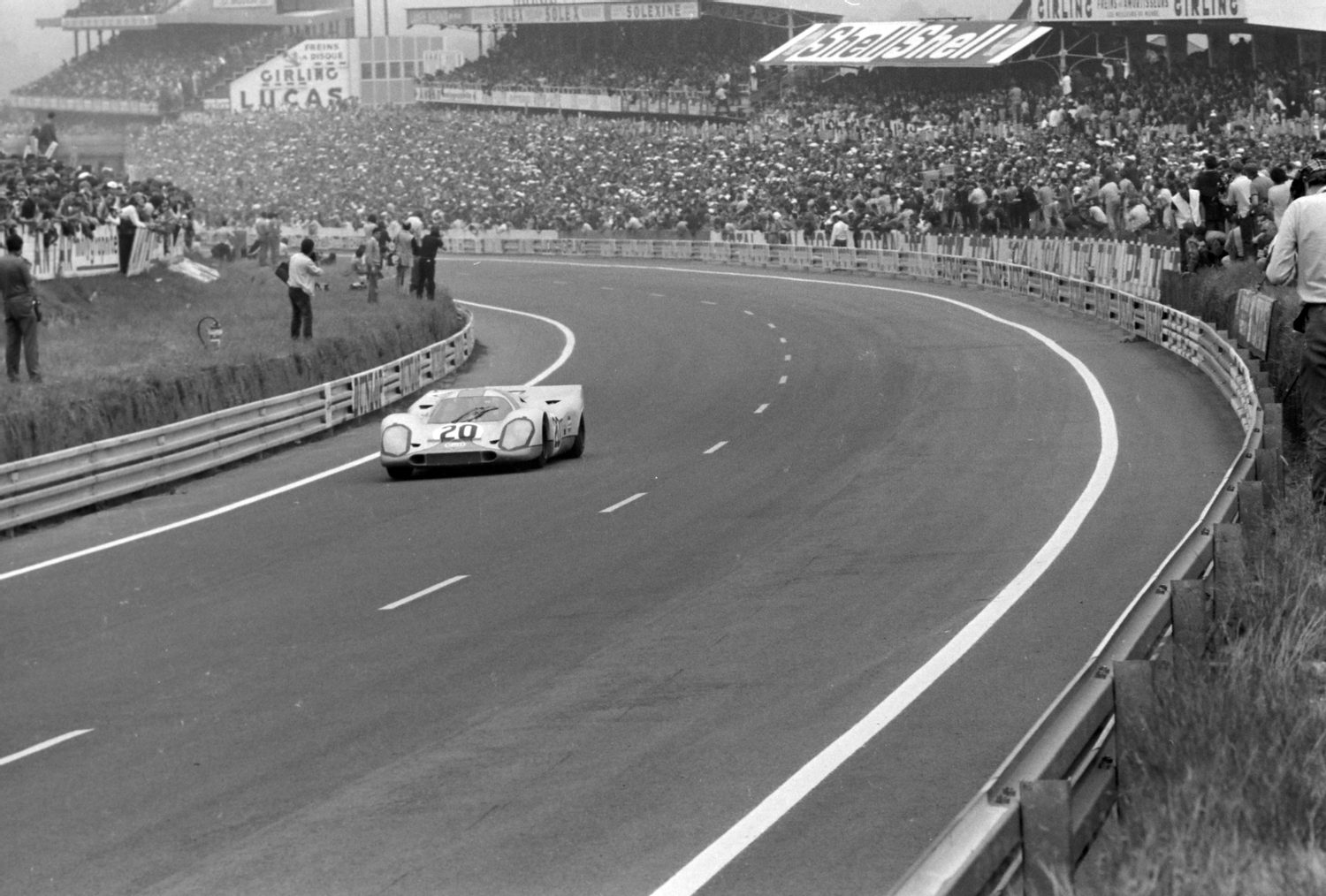 The answer came at a test session at Zeltweg, where as a result of development by Jon Wyer’s JW Engineering, the Le Mans winning privateers brought in to run the factory cars the following season, and works driver Kurt Ahrens, a raised rear deck was added. The outcome was instant stability and the birth of the legendary ‘kurzheck’ or shorttail 917K.

At the start of the 1970 season the 917 KH was immediately victorious, at the Daytona 24 Hours, and so the Porsche-backed teams were entered for Le Mans, with Attwood and Hermann driving for the Porsche Salzburg team. Despite being slower in a straight line than longtail version, the pair opted for the Kurzheck variant and a less powerful 4.5-litre engine rather than the 4.9 or 5.0, reasoning that lower displacement would stress the gearbox less. Initially, the choices seemed poor with the pair only managing to qualify in 15th place. However, despite losing up to 40km/h the more powerful machinery around them, the race, one of attrition in wet and wild conditions, gradually came to the pair.

“It was a race dominated by rain and it felt we had to permanently keep changing the tyres and adapt to the situation at hand,” recalled Hermann. “It was not the wear that forced us to change tyres, but the constantly changing weather.”

One by one, key rivals either fell away. Three of the main Ferrari challengers went out as a result of a crash in the early evening. The rival 917 of Mike Hailwood slid off track on slicks in worsening rain and the longtail of Elford and Ahrens suffered engine failure after 18 hours. Attwood and Herrmann eventually took the lead, despite suffering their own issues. “I was unaware at the time that I was contending with another personal challenge,” said Attwood. “I couldn’t eat anything during the race and could only drink milk to stay fit to drive. Because what I didn’t know was I had come down with mumps!” 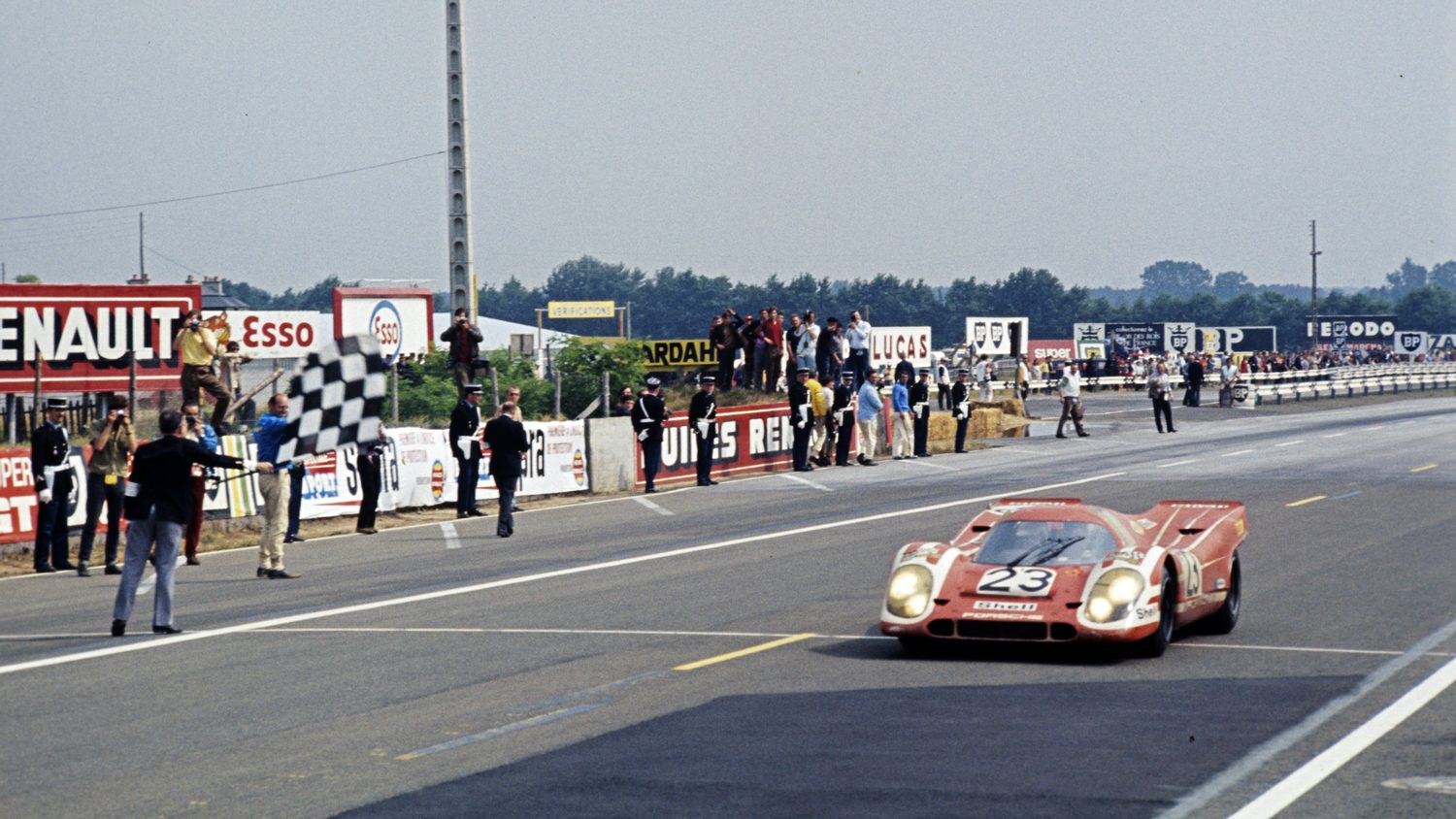 In the final stint, the second-place 917L of Gérard Larrousse and Willi Kauhsen was ordered to hold station, and it just remained for Herrmann to nurse the now ailing 917k to the finish. And after 4,607.811 kilometres or 343 laps, Herrmann crossed the finishing line to claim victory.

Wolfgang Porsche, scion of the motoring dynasty, perhaps best encapsulated the importance of the achievement. “It was a phenomenal milestone,” he said. “It was the first time we showed we could beat the really big names. It was a breakthrough on the international stage.” With the breakthrough made, the 917 KH Porsche dominated the following years and since then the marque has regularly vaulted to the top of the endurance pecking order with equally legendary cars such as the 956, the 911 GT1 and the 919 Hybrid. 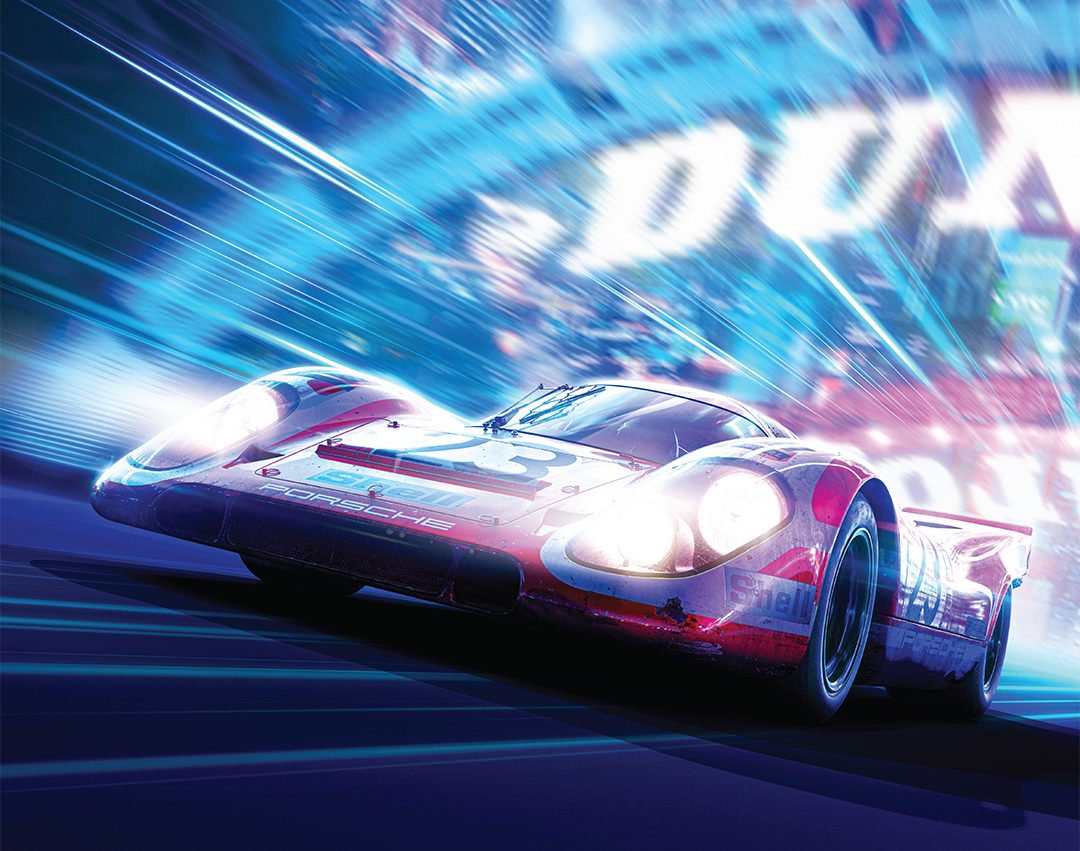 The 917 KH, though, remains a car worthy of any era of racing, even a future age.

Fast forward, then, to 2054 to the 24th week of the year and another edition of the 24h Le Mans. In a dystopian world of fading sunlight due to atmospheric ejecta from a supervolcanic episode, a world in which megalopolises exist under huge, connected protective domes, or one when the urban lights, colour and glamour have taken over, the world’s greatest race continues, maybe on a hugely expanded circuit. What technology is this supercar racing on - a newly discovered mineral which minimises our reliance on fossil fuels, a battery that provides an electric bolt akin to several hours of charging or something totally unimaginable - all sitting pretty within the car whose design remains unchanged from their first win at Le Mans in 1970. One thing is for sure, the 917 – simple, elegant, astonishingly robust and powerful – still races at the head of the pack.