As F1 prepares for the first, and possibly only, Gran Premio della Toscana, Automobilist looks back at another singular Grand Prix held in Italy, the marathon road race that was the 1957 Pescara Grand Prix, run on 18 August.

Defined by the Covid-19 pandemic, the 2020 Formula 1 season will be remembered for many things – abandoned race weekends, delayed starts, and empty grandstands– but long after social distancing protocols are (hopefully) forgotten and the dry times and places of the calendar are etched into the racing record, it’s the shape of the calendar that will mark the campaign out as one if not the strangest seasons in the sport’s history.

And along with the first Portuguese Grand Prix since 1996, the first race at Imola since 2006 and rumoured returns to Jerez and even Istanbul, F1 history will be made with the first F1 race to be held at Mugello – the Gran Premio della Toscana.

The Ferrari-owned circuit will be the fourth circuit in Italy to host a championship F1 event, but while Monza and Imola will have hosted 97 grands prix between them by the time the circus pitches its isolated tents in the Tuscan hills, there is one Italian track that was visited just once over the past 70 years – the Pescara Grand Prix. And it was truly a singular event. 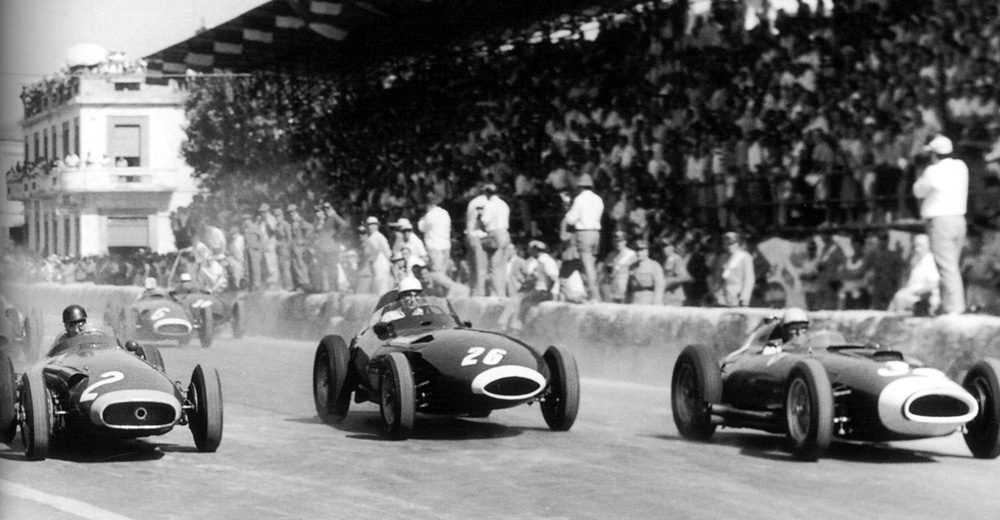 Back in 1957, with the Suez crisis causing petrol shortages across Europe, the scheduled Belgian and Dutch Grands Prix were cancelled in swift succession and much like this year the sport was left to hastily fill the gaps in the calendar. Pescara, a city and circuit rich with racing heritage, was identified as a replacement.

The city on the Adriatic coast had first hosted motor racing in 1924 when Enzo Ferrari won the inaugural Coppa Acerbo event. In the pre-war years that followed, the greats of grand prix racing, including Tazio Nuvolari, Bernd Rosemeyer and Rudolf Caracciola, took on and triumphed on the vast 28-kilometre road course winding through the Abruzzo foothills. However, following the post-war lull and motor sport’s growing preference for purpose-built circuits, Pescara faded from view.

Now, for one weekend only, the circus was back in town. 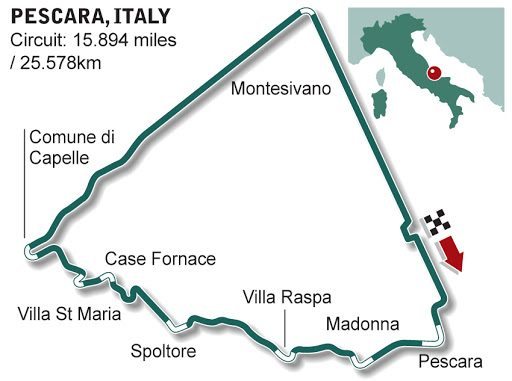 The longest lap ever used in Formula 1 was entirely made up of two-lane roads winding from the centre of Pescara up into then hills and past the villages of Spoltore, Capelle and Mulino before heading back to the coast and the finish line. Characterised by rough surfaces, hedges and trees, sheer drops, a lack of barriers other than lethal concrete walls, and an almost complete absence of safety measures, the circuit was a kissing cousin of the Targa Florio and Mille Miglia, and a throwback to grand prix racing’s epic road-course heritage. And it proved a monstrous test of both man and machine.

Heat too played a part. Held in high summer, on August 18, the race weekend was broiling hot and after a sweltering qualifying session in which Maserati’s Juan Manuel Fangio took pole ahead of Vanwall’s Stirling Moss and the lone Ferrari of Luigi Musso, the race start was scheduled for the charmingly vague time of ‘around 9.30am’ on Sunday.

It was road racing fan Moss, the 99mph average speed hero of the 1955 Mille Miglia, who made the most of the conditions and the treacherous course.

After a chaotic start due to the vague timing, and in which confusion in the pits led to a stray mechanics being scooped onto the bonnet of Horace Gould’s Maserati as the cars pulled away, Musso powered into the lead, However, on the second marathon tour through the Italian countryside Moss got past the Ferrari and began to edge away from the Italian. Musso clung on grimly but on the way up into the mountains for the 10th time the oil tank on the Ferrari split. Unaware of the leak the Italian carried on, leaving a trail of oil behind him until his engine eventually seized. Fangio was now second, but Moss was already fading into the distance having set an all-time lap record of 9min 44.6sec, and over the following laps the Briton pulled out a gap of more than three minutes to the Argentinian, who suffered a bucked rear wheel and a long pit stop after sliding off on Musso’s oil.

It was enough to allow Moss to pull into the pits on lap 13 for a lengthy stop to top up his Vanwall’s oil and with a cheery wave to his mechanics, the Briton steered away from the pits to eventually claim victory, the first time a British car and driver had triumphed in a world championship race on foreign soil.

Pescara wasn’t solely about Moss’ heroics, however. The anachronistic nature of the event – even in 1957 – and its largely rural location, led to the grand prix being sprinkled with oddities.

In practice one driver reported a racing hazard beyond the norm in the shape of a herd of goats lazily wandering across the track, while towards the end of the race itself, the gaps between the seven cars still running were so great that children played games on the roads, only running for the sidelines when they heard the howl of an approaching race car. 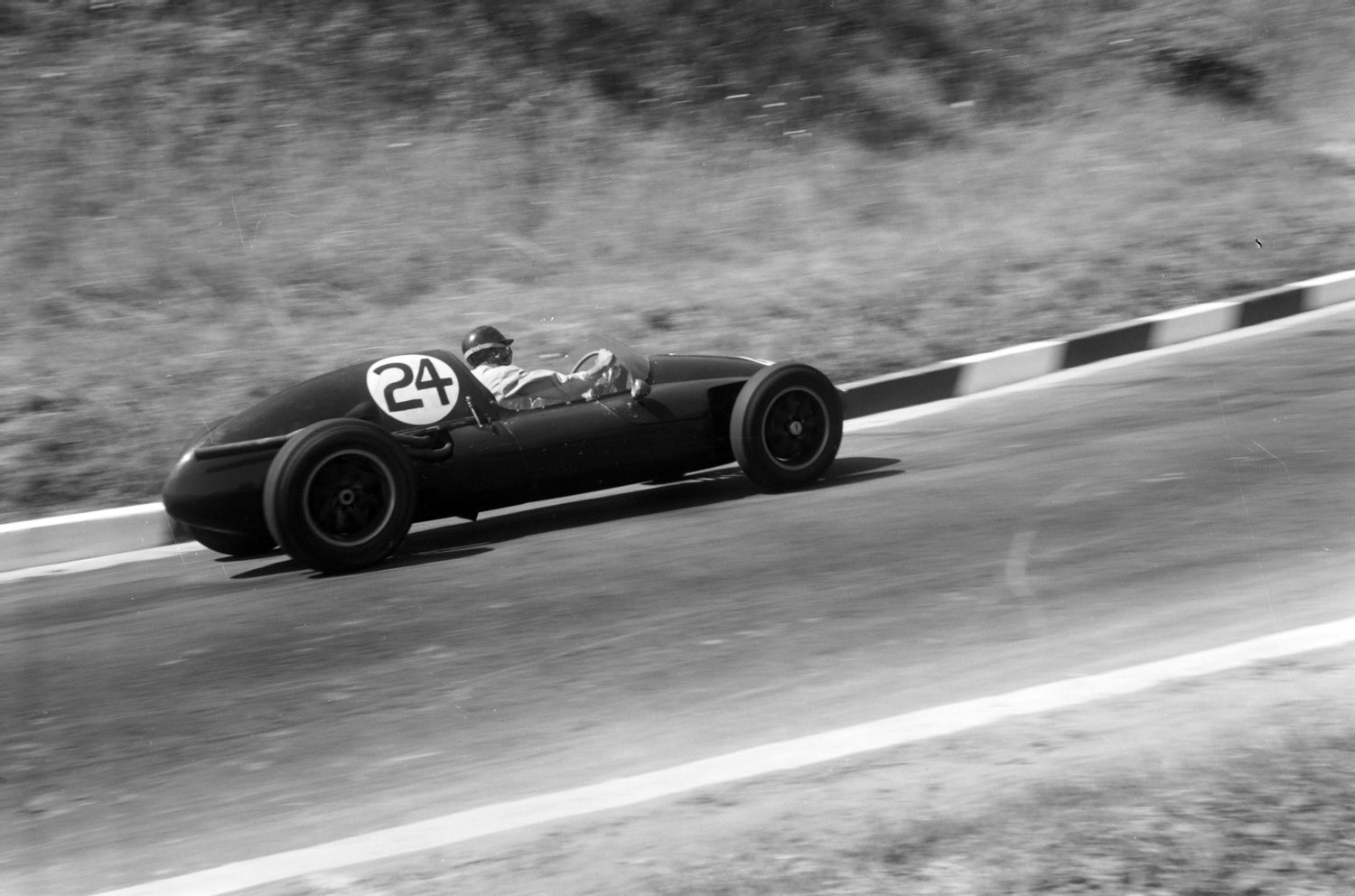 Oddest of all though was the race of Jack Brabham at the wheel of a Cooper T43. On the last 16-mile lap, the future champion ran out of petrol. The Australian coasted into the forecourt of an apparently closed petrol station to retire from the race. To his surprise, the kiosk was manned and a wiry local promptly jumped out and happily filled Brabham’s tank, allowing him to finish the race as the seventh and last man classified.

And as the chequered flag fell for the last finisher, so it also fell on Pescara’s time in F1. The 11-round 1958 season had places for a new round in Portugal and another singular event, the Moroccan Grand Prix, but Pescara would never feature again. Whether the same fate will befall Mugello remains to be seen but whatever its grand prix future, it’s unlikely that it will feature either goats or fortuitous last lap detours to filling stations.