While arguments might rage among aficionados about which is the greatest F1 car of any particular decade, there is universal agreement that when it comes to the Eighties, there can only be one candidate – the McLaren-Honda MP4/4. And yes, some of its success can be attributed to the dream-team driver line-up of Alain Prost and Ayrton Senna.

In 1988, it won 15 of the 16 races, a hit rate of 93.8%! The only glitch was the Italian Grand Prix at Monza, when Prost’s engine failed and Senna was knocked out in a bizarre accident involving Jean-Louis Schlesser having his one and only F1 driver as a stand-in for Nigel Mansell who was unwell. Enzo Ferrari had died a week earlier, so the Ferrari faithful believed it was an act of god that eventually delivered a Prancing Horse one-two on home soil.

The MP4 series dated back to 1981 when the MP4/1 made its debut in Monaco. Designed by John Barnard it was the first F1 car with a monocoque chassis made entirely from carbon fibre. Revolutionary does not even begin to describe it. Today, all F1 cars are built this way and it was already the norm by 1988. 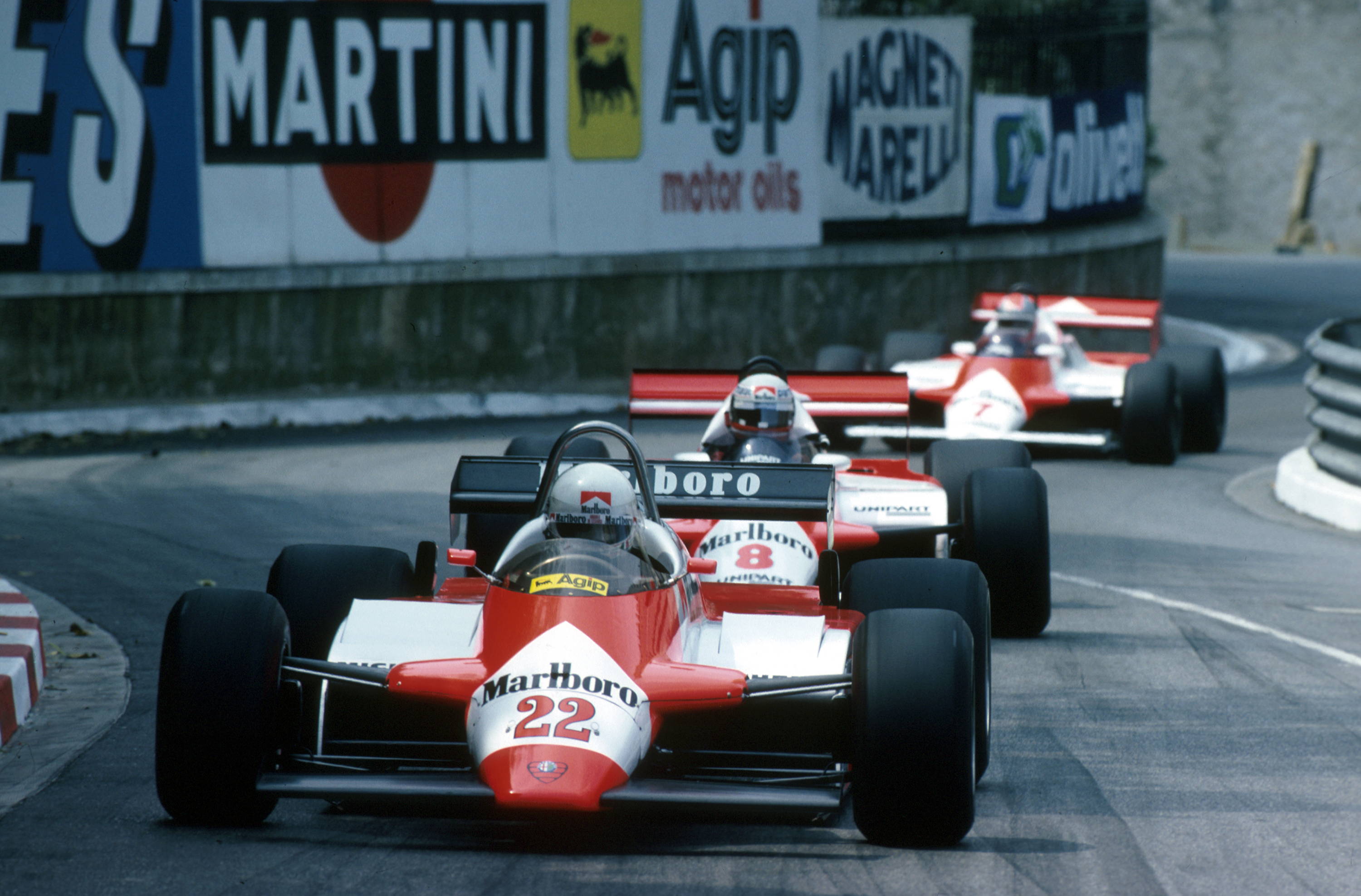 Niki Lauda in the MP4/1B at the Monaco Grand Prix 1982. Image courtesy Hoch-Zwei

McLaren basically “stole” Honda off Williams for 1988 and although turbo engines would be banned as from the following year, the Japanese company still built a brand new engine, the RA 168E, specifically for McLaren, although they also supplied Team Lotus. Potentially, this would put the team at a disadvantage to those teams running naturally-aspirated engines, given that turbo boost was limited as was the amount of fuel used, which was free for the normally aspirated cars. So while most teams ran updated versions of the previous year’s cars to prepare for the new rules in 1989, the MP4/4 was a purpose-built weapon. Specifically, the engine was designed to run with the new 2.5 bar turbo boost and Honda engineers put a lot of effort into improving fuel consumption.

The car was the work of project leader Steve Nichols and Neil Oatley, with Gordon Murray as technical director and the MP4/4 had a very reclined driving position, a trademark of Murray’s earlier work at Brabham. There had been some testing of the concepts involved in MP4/4 with the interim MP4/3B, one of which was sent to Honda’s Suzuka track in Japan, where Italian Emanuele Pirro would rack up thousands of miles of testing. The 3B was wheeled out of a garage at Silverstone on a bitterly cold December day in 1987 and a huge number of Honda engineers was on hand to work on fine tuning the engine to run with a small 150 litre fuel tank, as required by the rules and the lower boost pressure also required by the regulations. 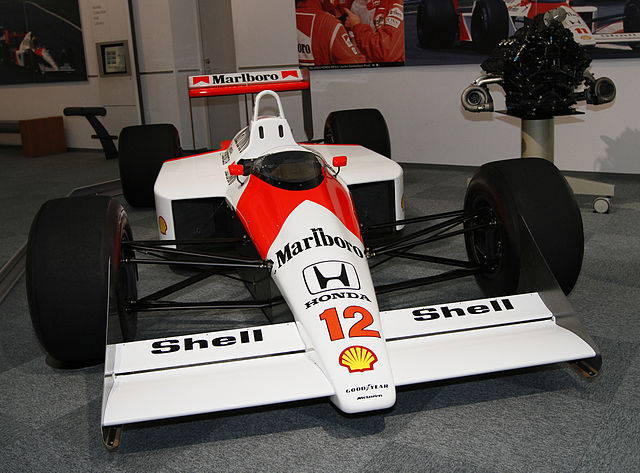 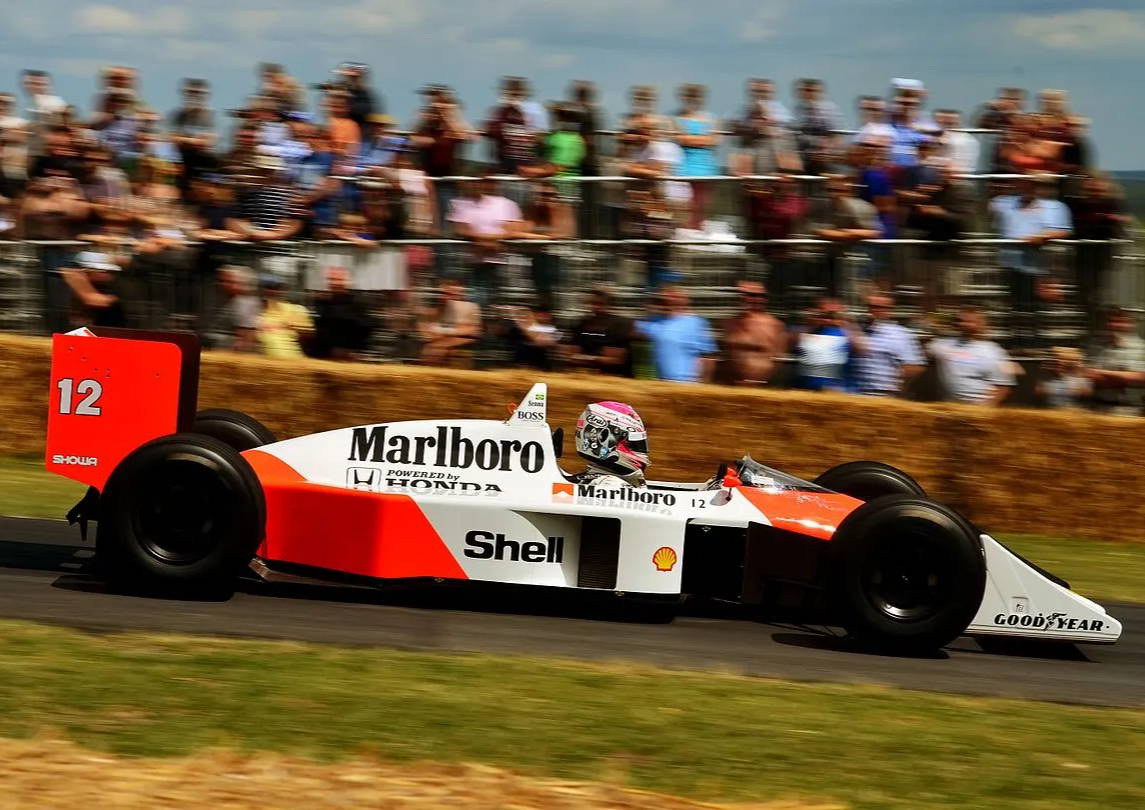 F1 has a history of its best cars only being ready just in time for the season and the MP4/4 certainly fitted that description, managing just one day’s testing, taken by cargo plane to Imola, before being flown Rio de Janeiro for the opening round one week later. The car arrived at the Italian track late on a Tuesday night and ran for the first time on the Wednesday, just nine days before first practice in Brazil.

After trying the new car, Prost immediately told team boss Ron Dennis that the car would win the world championship. Clearly, it would be a two way battle with his new team-mate Ayrton Senna. The other teams had pretty much ended the Imola test, and the MP4/4 immediately set about demolishing all the previous best times, with Senna an incredible two seconds faster than its nearest rival. There were a lot of suppressed smiles in the garage that day! 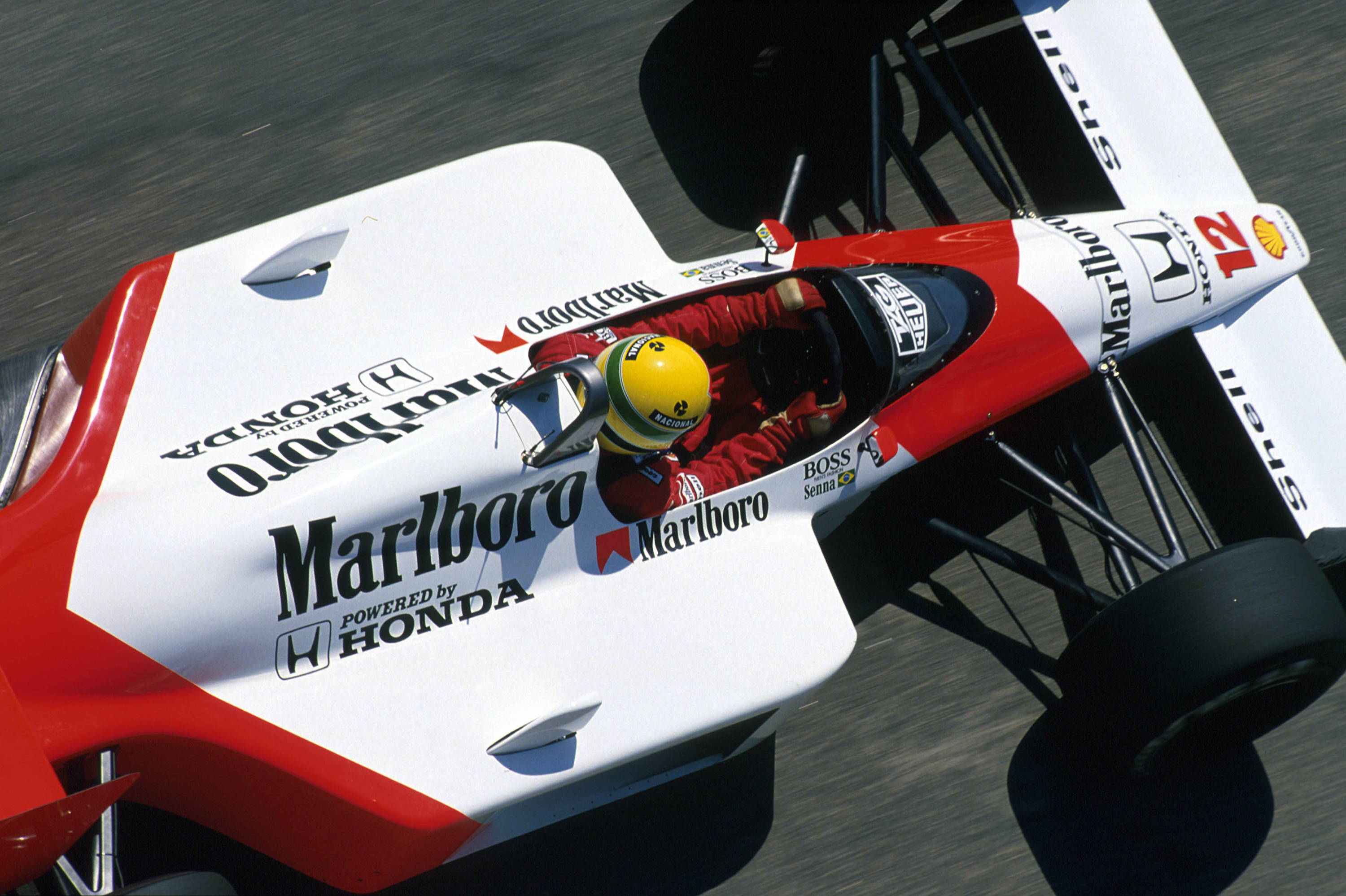 And so it was time to head for Brazil and Round 1 of the 1988 World Championship. Senna duly secured pole position, although surprisingly, Nigel Mansell was second fastest in the Williams, powered by a normally aspirated Judd V8. The rest of the season would show that performance to have been just as blip on the radar. By round 11, the Belgian Grand Prix, McLaren had already wrapped up the Constructors’ title, although the Drivers’ crown went down to the wire, with Senna champion by virtue of having had more race wins, as the rules meant that a driver could only count his 11 best results, although Prost actually scored more points. Not only was the car by far the quickest on track, it was also pretty reliable in an age when cars often retired from races. Senna was disqualified from the opening race in Brazil for switching to the spare car after the parade lap and retired in Monaco after famously crashing out of the lead, while Prost retired in the British and Italian rounds, the latter being the only Honda engine failure of the year.