The dog-eat-dog world of top level motor racing has a tendency to bring out the apex predator in drivers, leading to the sort of single-minded pursuit of glory that’s easy to admire but often hard to love. But Pedro de la Rosa isn’t one of those drivers. While committed and ferociously competitive on track, out of the car the Spaniard was, and still is, one of motorsport’s good guys, a gentleman racer in the truest sense of the word. Automobilist caught up with him to talk about his unorthodox racing start, the passion of Japanese race fans, his love of cycling, and why an F1 driver’s seat might just be the loneliest place in the world.

Pedro de la Rosa: It is a bit unusual, but for me it was not a choice. As a kid I always wanted to go karting, but my father said no because his brother died in a road car accident. In fact, my father said the closest to racing I’d ever get was radio-controlled cars. I thought, ‘well, at least it's a start!’ So, I got into it, took it very seriously, and had a fantastic time.

Automobilist: You eventually managed to convince him to let you go karting, were any of the skills you'd picked up in radio-controlled cars transferable?

De La Rosa: Yes, absolutely. Those years in radio-controlled cars were really important for developing an understanding of how you translate what you feel with a car to your engineers. But the most important thing was learning how competitive the sport is. It doesn't matter whether it's F1, karting, or radio-controlled cars – it's difficult to win a race in any series. I realised then that the only way to win races was by working harder than the other person. 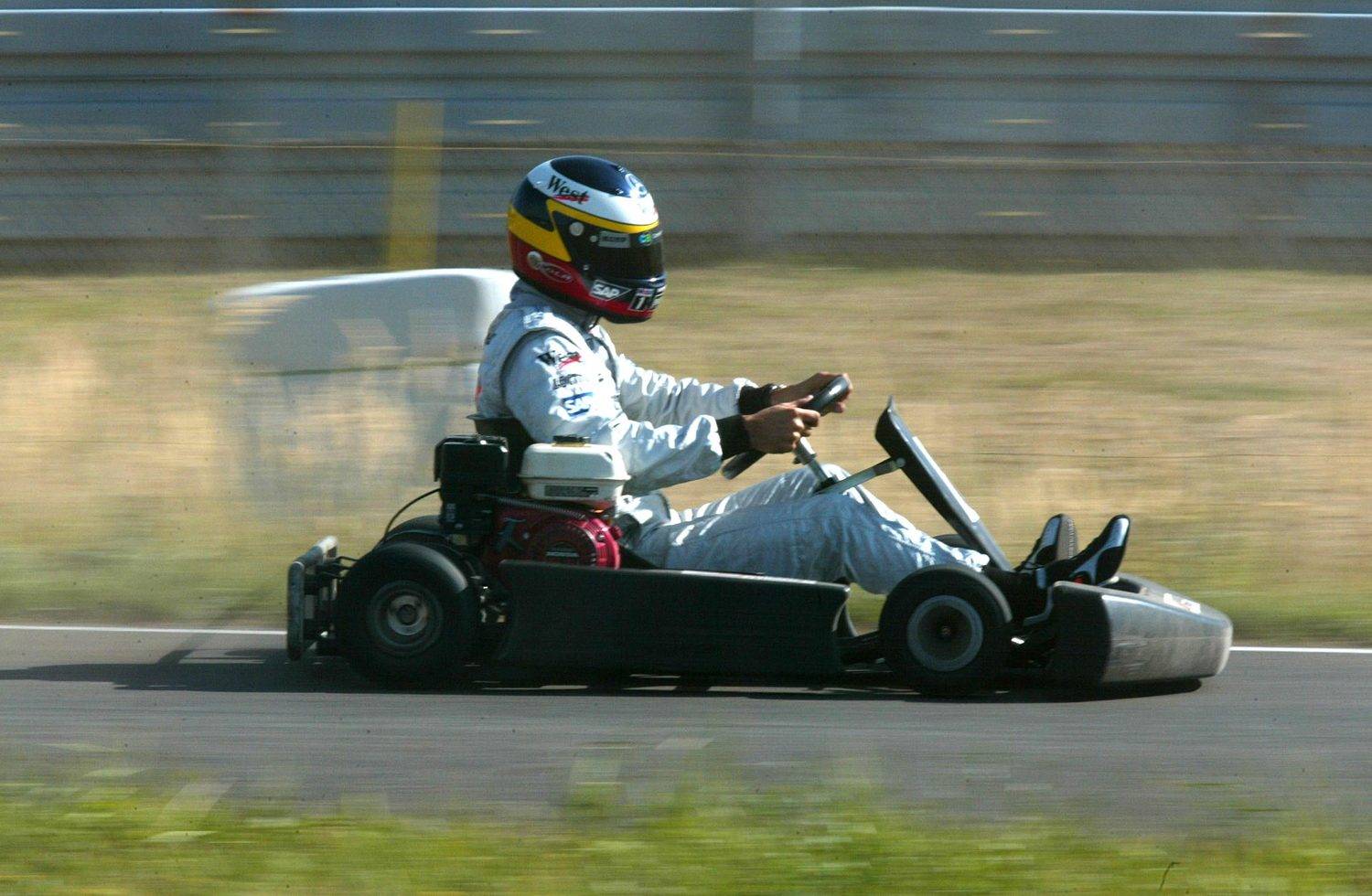 Automobilist: Your first major opportunity to apply that knowledge in single seaters was in Japan. What was it like being a racing star in Japan versus Formula 1?

De La Rosa: I initially went to Japan in 1995 because I had no sponsorship to continue racing in Europe. But actually, it was the best decision I've ever made, racing for a Japanese team. The fans treated me so well, and I will always love them for that.

What I found in Japan is that the people are extremely passionate about motor racing. For example, I remember leaving the track on a Saturday after qualifying, and the people were queuing already to come in on Sunday. The first time I saw that, I asked my Japanese mechanic what they were queuing for. He said: 'They're queuing because they want to be the first to come in on Sunday morning to have the best spots around the track.’ I found that stunning. That explains what it is to race in Japan.

Automobilist: You're involved in training young drivers through your school, Drive X. How do you help young drivers navigate the complicated world of motorsport, especially its financial complexities?

De La Rosa: Good question. Let's be honest, it's so expensive to climb the ranks.

For example, to compete in Formula 4, which is the step after karting, you're looking at a minimum of €150,000 per season. In Formula 3, you need half a million. In Formula 2, it’s €1.5 million. It is very difficult to get economic support and that's the reason why generally the kids that have more economic resources are making it through - they just have more opportunities.

Automobilist: You’ve moved into Formula E in 2018 and last season helped DS Techeetah team to a teams’ and drivers’ title double. But you left the role not long after the season ended. Why was that and what's next for you?

De La Rosa: I was with Techeetah for two seasons until September 2019 and feel very proud of what the team achieved. At the same time, I had my personal life to balance. I have kids and a wife. I'm also working as an F1 TV commentator in Spain. Every weekend was either a Formula 1 race or a Formula E race. It was a bit too much. Formula E is a fantastic championship, but I needed to slow down. As for what’s next, I’m not sure yet. 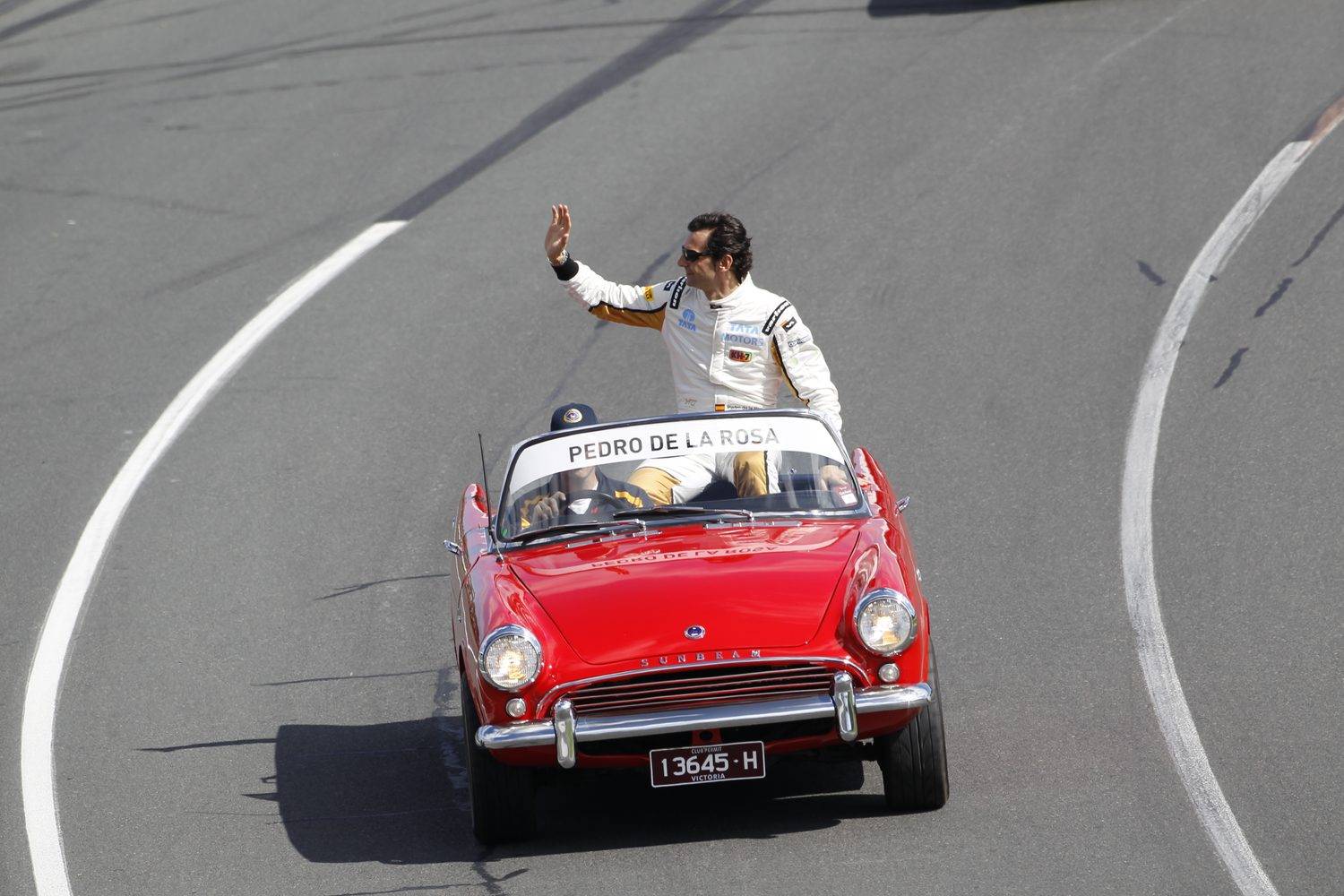 Automobilist: In the past we know you spent a lot of time on holiday in Majorca. Is that where you will be relaxing?

De La Rosa: My grandfather was Majorcan, so one quarter of my blood is Majorcan. We spend as much time there as possible. And I am so happy that now my kids love Majorca, too, and have the same passion that I inherited from my parents. Also, it's great for cycling, which I love.

Automobilist: Cycling’s a passion for a lot of drivers. Why is that? It’s a bit slower than a racing car.

De La Rosa: I love bicycles. I love motorbikes as well. And I love single seaters. With all three, I feel free. A small mistake, like placing the wheel in the wrong place, and you’re in trouble. I love the feeling of being precise, of being free, and of being in contact with the air.

Automobilist: How did you get into it?

De La Rosa. I have to thank my friend Alex Wurz. When we were test drivers together at McLaren, he would talk to me about cycling and mountain biking and road biking. At one point I said, 'Alex, why don't you sell me one of your bikes?' I bought my first road bike from Alex, which obviously was not the perfect size because the guy is nearly 190 cm tall. It was a bit big for me. But immediately I loved cycling and made it into a training routine. 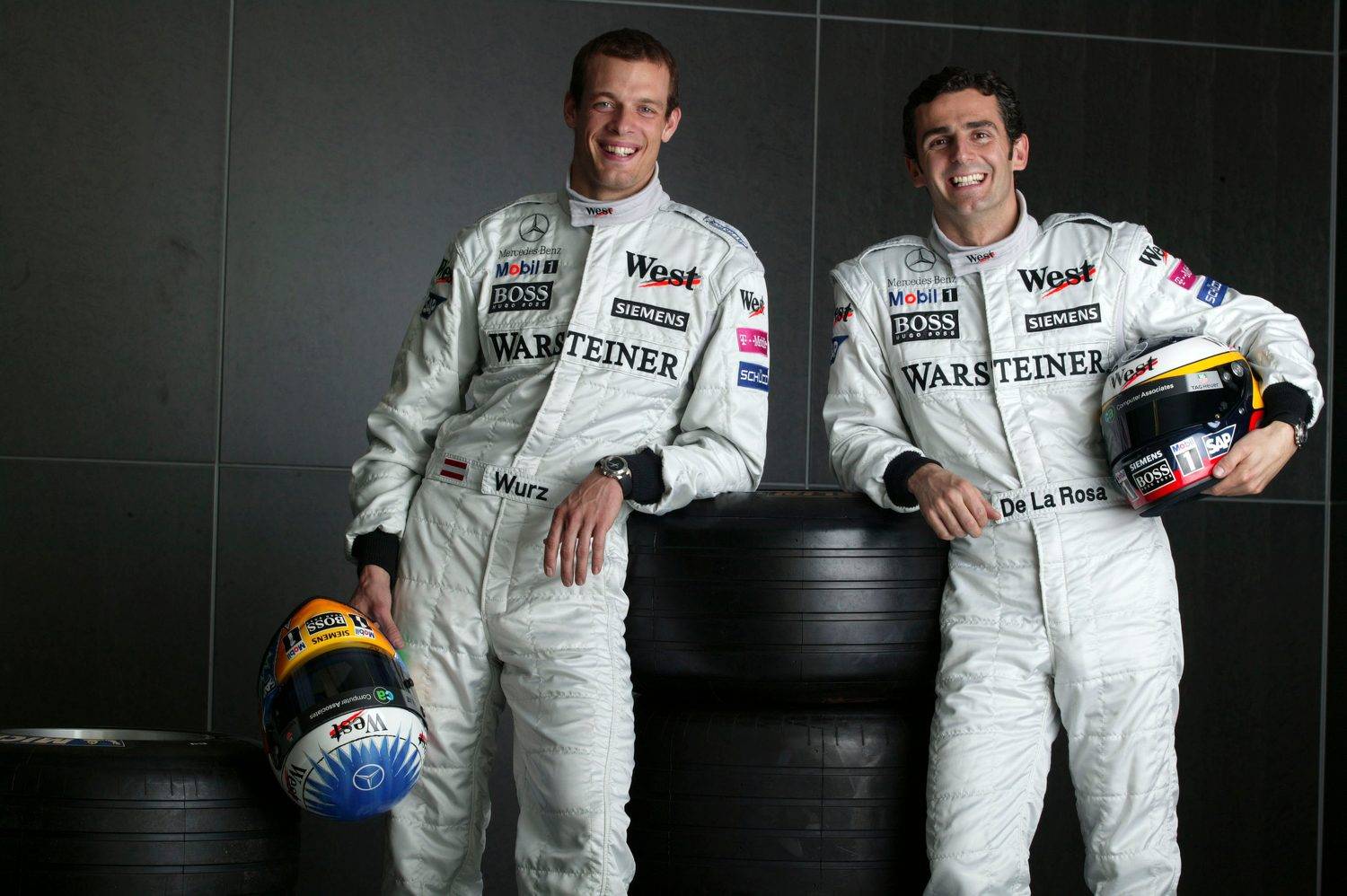 Automobilist: You and Alex had quite a reputation during your days at McLaren for being tireless test drivers. Are you still close friends?

De la Rosa: I’m godfather to one of his sons! We have a great friendship and a huge amount of respect for each other. We started testing in the best testing era in Formula 1. Each team had a test team with two cars, two drivers, and every week after the Grand Prix we were traveling around to test, mostly in Spain.

But we knew that we had to beat each other. To become a McLaren driver, the first guy I had to beat was Alex, because he was the guy that was testing alongside me. In motor racing, you have to work alongside a guy with the same car, the same equipment, and if he beats you, you're out of the business. That makes it difficult to actually work well with someone, knowing that this guy is the one who can get you out of the sport.

But, while battling each other, we also had to think about McLaren, we had to give good feedback, maximise reliablity. Through that process we slowly became very good friends. We wanted to beat each other badly, but we generated a friendship that has been extremely solid over the years, despite that rivalry.

De la Rosa: It’s extremely lonely. When I traveled through airports and saw basketball teams or football teams, they were always joking around and happy. I envied them. When I traveled, I was alone. I've always been alone, just waiting for the next Grand Prix or the next test. I wish that we would have had that type of camaraderie, but in Formula 1, it doesn't exist.

That said, I would never change anything I've done, because motorsport is fantastic. In motorsport, you really learn how to respect everything you have, including your health, your opponents, your equipment, your team. I really am very happy to have been involved in motor racing. It made me a better person. 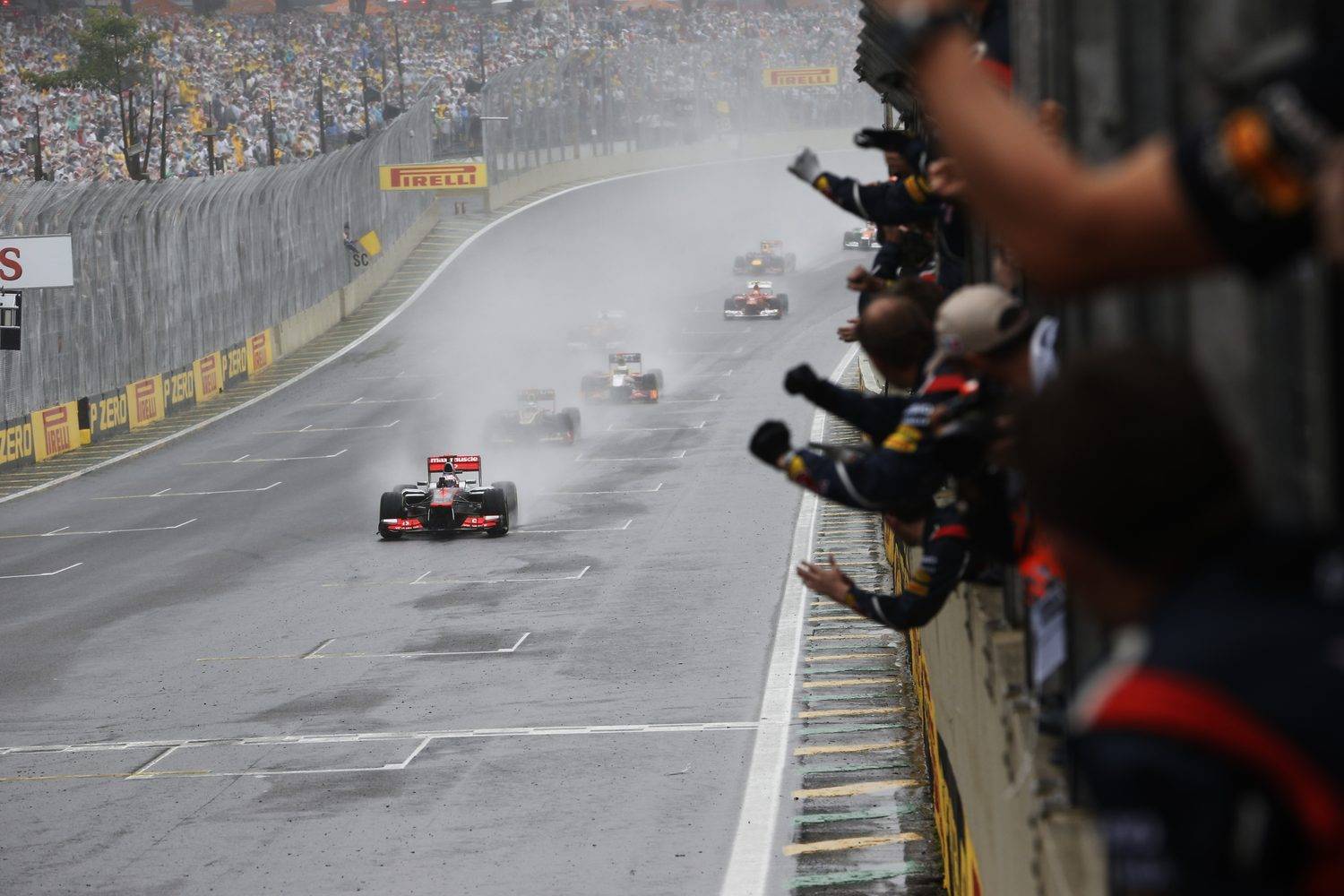 Automobilist: Your final F1 race was the 2012 Brazilian Grand Prix, a thrilling race that F1 fans recently rated the fourth-best GP of the decade. Take us back to that day.

De la Rosa: It was the last race of the 2012 season, and there was a World Championship at stake – Alonso versus Vettel. It was unclear if it would rain or not, and I remember being on the drivers’ parade and I was next to Fernando. I said to him: 'Wow, this is going to be a great race man.' And he said: 'Yeah, this is the type of race where one driver will have intermediate tyres, another slicks, and a few with full wets, and we won’t know what's going on.' And I thought, this guy is fighting for a world championship and he's really, really relaxed. He was just committed to having fun no matter the circumstances.

During the race it was exactly how Fernando predicted. It was wet, dry, wet, dry. I mean, it was chaotic. I nearly hit Vettel when he spun at the start. Then I remember being overtaken by him. It was just incredible, one of those races where every corner was different in terms of grip, because you didn't know if it was going to be dry, wet, or semi-wet. I enjoyed it immensely. It was a fantastic end to my career. 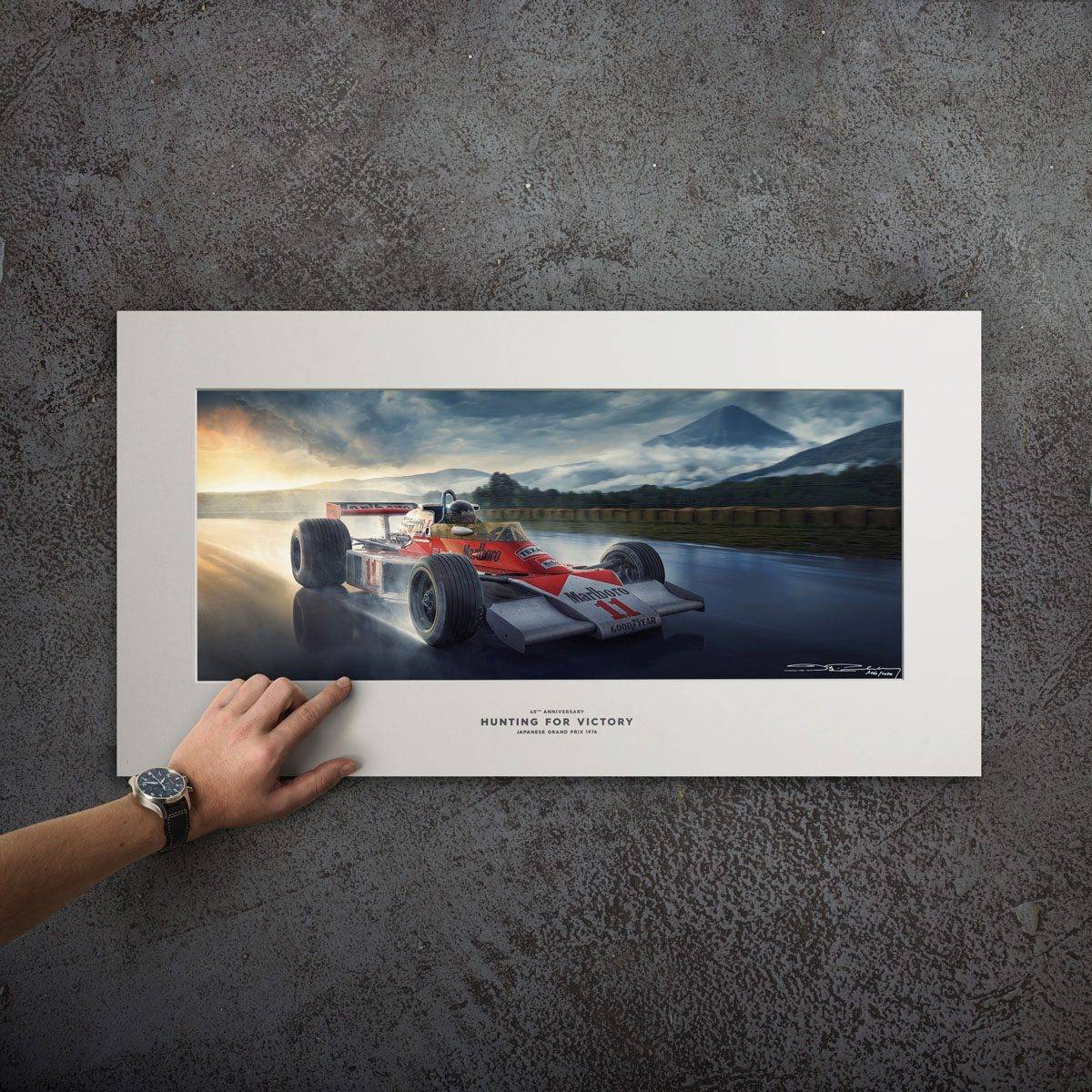 Automobilist: Here at Automobilist, we strive to create artworks that capture the excitement and precision of motorsports. You’ve been a brand ambassador for us for a while now; do you have a favorite print?

De la Rosa: In my home I have the Fine Art Print of James Hunt, Hunting for Victory. He was a fantastic driver and a World Champion, and I admire him, but he's not one of my heroes. Senna was my hero. But I have that artwork because it's from Japan, and I raced in Japan for three years. Mount Fuji is in the background, and I've tested and raced in Fuji many times. I even lived in a little village on the mountainside of Mount Fuji. So, when I look at that picture, I just feel that I’m back living in Japan.