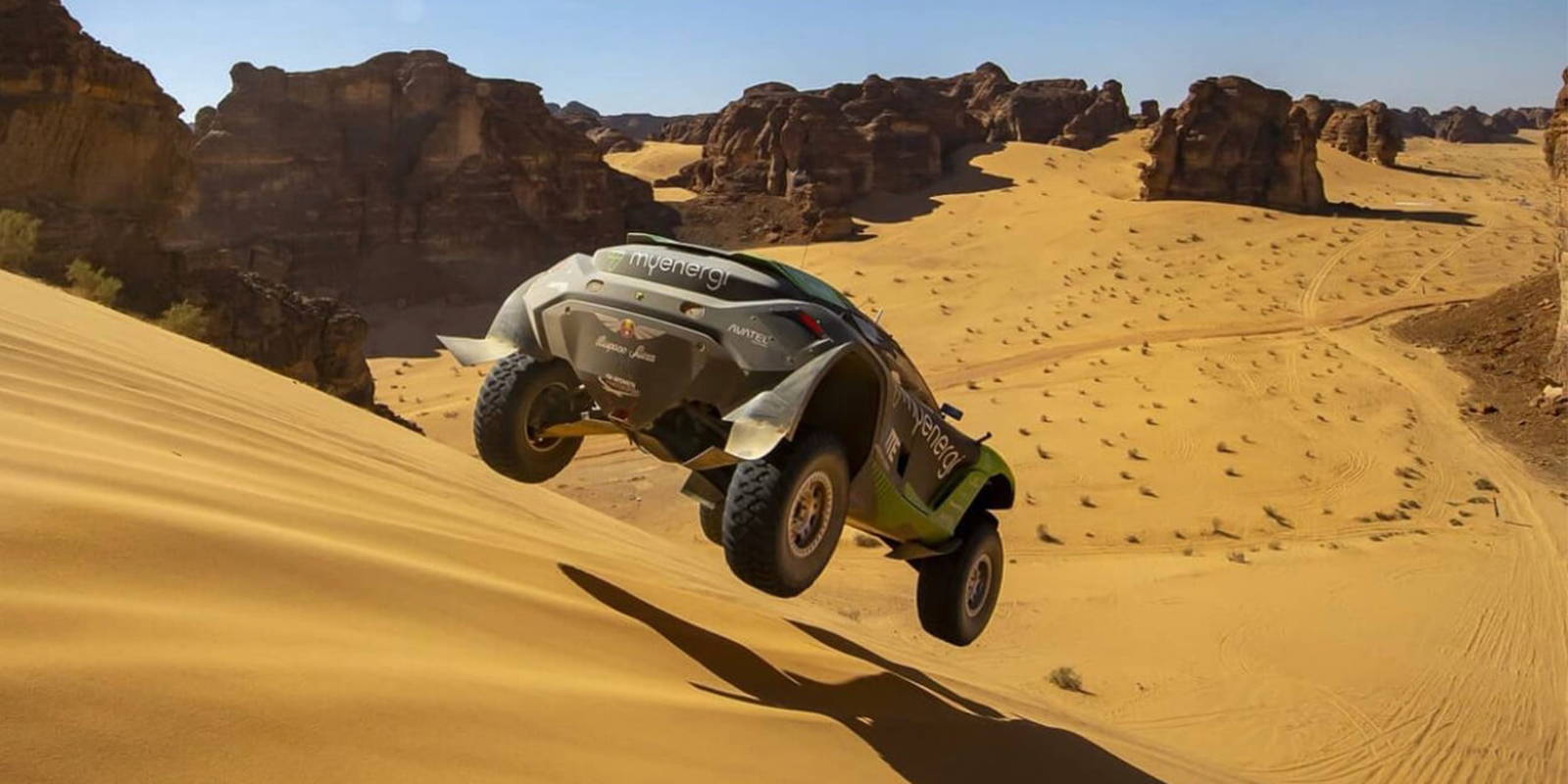 Hispano Suiza - Flight of the Stork

Hispano Suiza - Flight of
the Stork

The first round of Extreme E in Saudi Arabia saw a return to racing for one of the automotive world’s most innovative and iconic marques – Hispano Suiza.

When Oliver Bennett and Christine Giampaoli Zonca finished second in the Crazy Race to secure fifth place overall in the opening round of the Extreme E series in Saudi Arabia at the start of this month it revived a century old tradition of racing for one of the automotive world’s most fabled marques – Hispano-Suiza.

Founded in 1904 by Damián Mateu and Swiss engineer Marc Birkigt, the first Hispano-Suiza was brought to market in November 1904. Just two months later, in January 1905, they recorded their first competition victory when Francisco Abadal broke the record of the Rabassada hill climb with a 20hp Hispano-Suiza, climbing the 6.5 km at an average speed of 50 km/h. 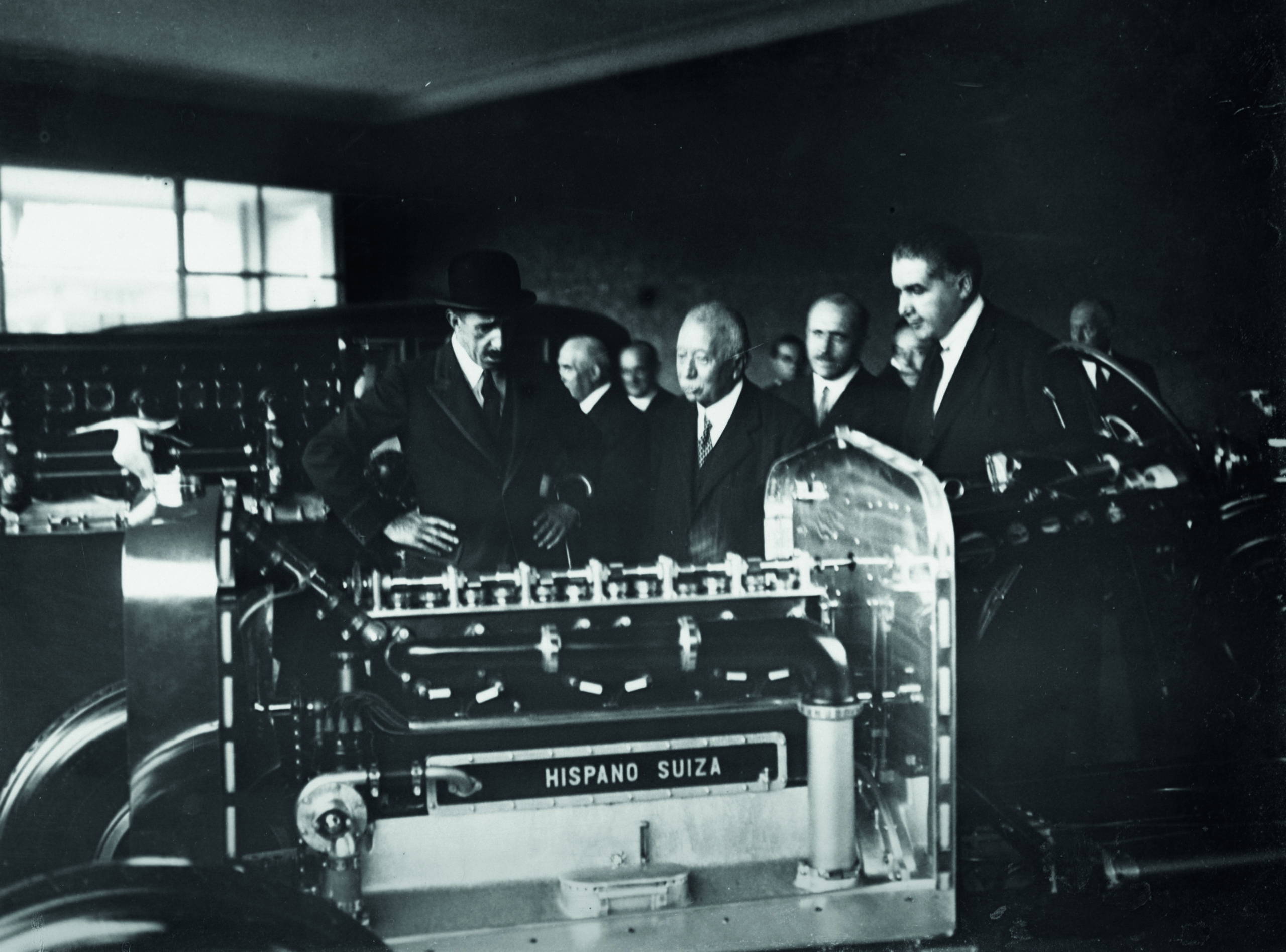 The first Hispano-Suiza car, that was created as a part of a cooperation between Damián Mateu and Marc Birkigt

Hispano-Suiza swiftly gained a reputation as a credible rival to the emerging luxury car superpowers of the day, but it was racing and the interest of royalty that would elevate the Barcelona company to the next level. In 1909, thanks to the fallout of the global economic crisis known as the Panic of 1907, European motor sport was in a parlous state, but while grand prix racing fell into limbo, so-called voiturette racing in smaller machinery was thriving.

In Spain, committed motoring enthusiast King Alfonso XIII, instituted a new voiturette competition known as the Catalan Cup to be run at Sitges, near Barcelona. Hispano-Suiza, as the sole Spanish manufacturer, was honour bound to field an entry. Hispano sent three new cars, dubbed the 45CR, to be driven by Paolo Zuccarelli, Louis Pilleverdier and Louis Derny. Pilleverdier finished fourth and the company’s appetite for motor sport was confirmed. In 1910, Zuccarelli triumphed at the Coupe d’Ostende and a fortnight later doubled his tally with victory at the prestigious Coupe des Voiturettes at Boulogne-sur-Mer. The voiturette model’s most ardent admirer was the King of Spain himself and eventually the little racer became known as the type Alfonso XIII. The company was now outgrowing its Barcelona base and in 1911, an assembly factory called Hispano France began operating in the Paris suburb of Levallois-Perret. Production was moved to larger factories at Bois-Colombes in 1914 and soon became Hispano-Suiza's main plant for producing the largest, most expensive models. 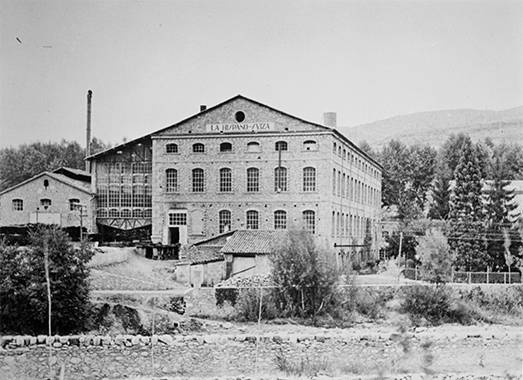 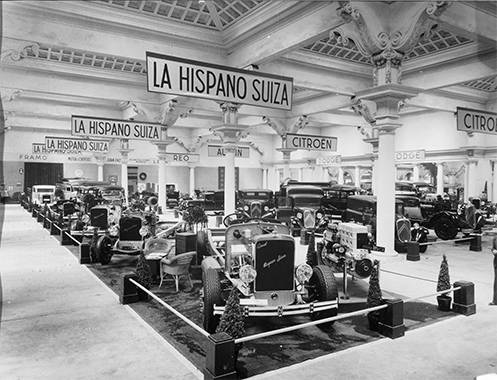 It was during World War I that a major element of the Hispano legend was born as production switched from cars to warplanes. One of the many pilots to fly a Hispano-Suiza powered plane was the French ace Georges Jules Guynemer. He entered the French Air Service in November 1914 and, as a result of his hundred of sorties, frequent escapes from certain death after being shot down and 53 kills he became a huge celebrity in France before he was eventually shot down and killed in September 1917, aged just 22. Guynemer spent his all-too brief military careers with the Escadrille MS3 squadron, later renamed N3 where the pilots became known as Les Cigognes (The Storks) thanks to the emblem painted on the fuselage of their planes. The young ace’s involvement also encompassed friendship with Birkigt and when the Great War ended the engineer commissioned the celebrated sculptor Francois Bazin, who also flew Hispano-powered SPADS, to design a hood ornament that could be fitted to all post-war Hispano-Suizas. The art deco classic Cigogne was born. 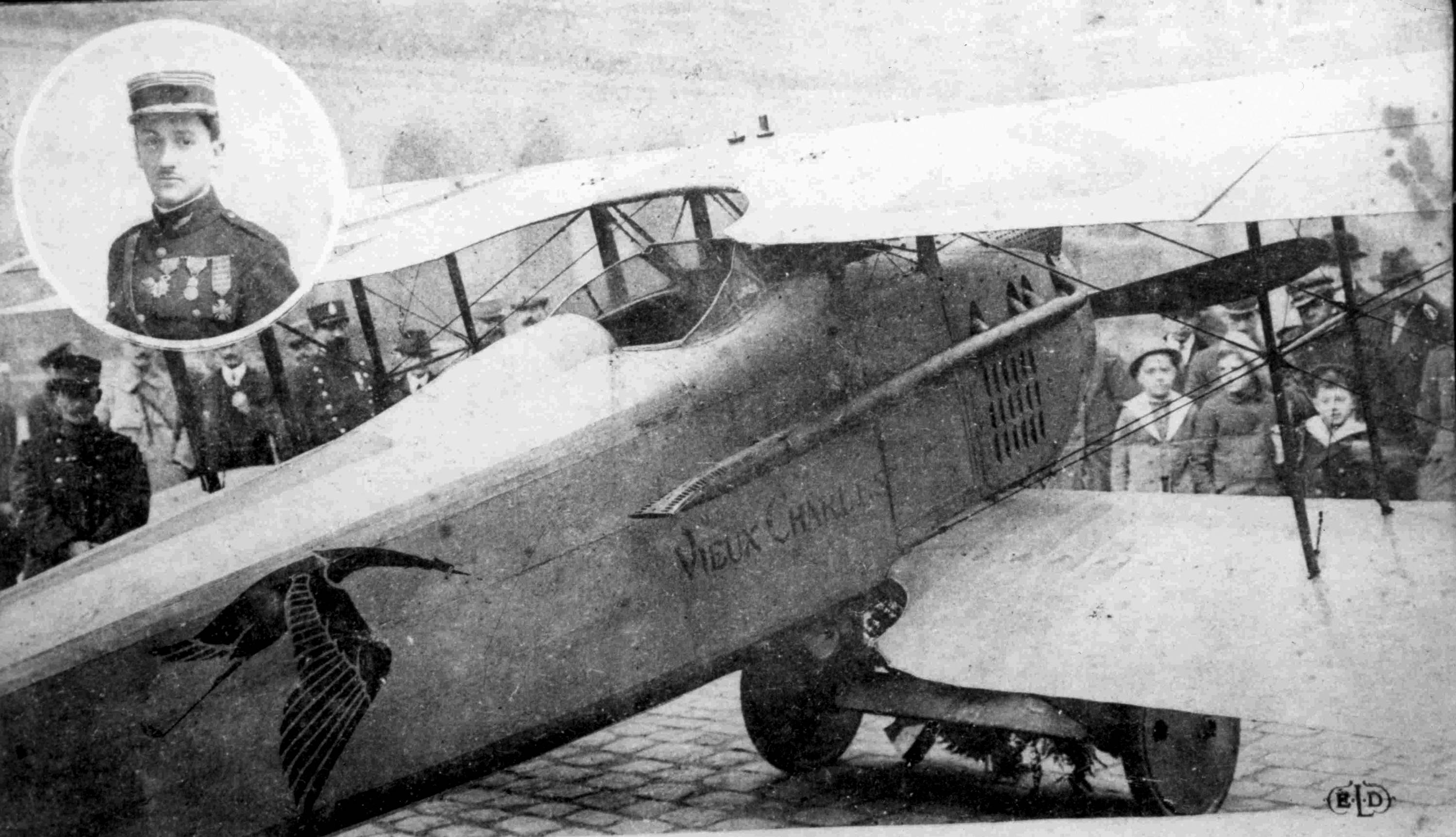 Production switched from cars to planes during the First World War. The plane of Georges Jules Guynemer in the French Air Force. Image courtesy Hispano Suiza

In 1921 racing was revived at Hispano’s old stomping ground in Boulogne. And it was at the circuit on which Paolo Zuccarelli had triumphed over a decade earlier that Hispano-Suiza would race perhaps its most famous car, the H6. Launched at the 1919 Paris Motor Show, the H6, featured a powerful 6.6-litre six-cylinder engine that was effectively half the aircraft V12 Birkigt had built during the war and also an innovative four-wheel servo-assisted braking system that would bring Birkigt even greater riches as it was licensed to a range of other manufacturers, including Rolls Royce.

The engineering prowess and high style made the H6 the vehicle of choice for the rich and famous. Coco Chanel and René Lacoste were devotees, Pablo Piccaso bought one and Albert Einstein chose to be driven around in one. Indeed, so iconic did the H6 become that even Sir Paul McCartney bought a 1929 limousine which he had re-upholstered in psychedelic rainbow fabrics and which ferried the Beatle, then girlfriend Jane Asher and a host of fellow celebrities to events such as the premier of John Lennon’s film How I Won the War in 1967. It was at Boulogne in 1921, however, that the H6 first made an impact on the public consciousness. In the hands of André Dubonnet, the dashing scion of the apéritif firm who won hearts as a flyer, racing driver and Olympic bobsledder, the H6 dominated the Boillot Cup event named after the France’s greatest pre-WWI motor racing hero. 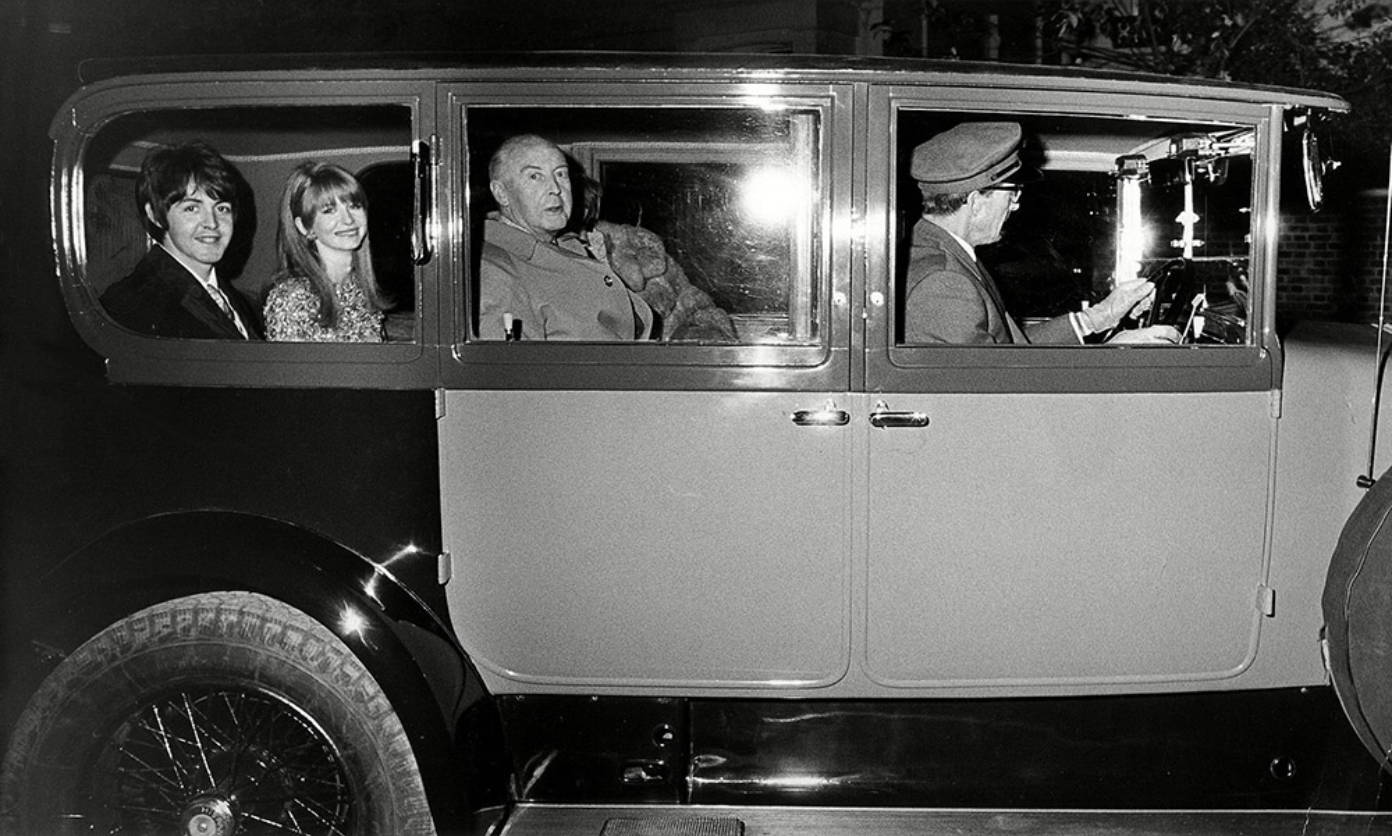 Paul McCartney and his girlfriend Jane Asher pictured in the singer´s 1929 Hispano Suiza H6 after the premiere of How I Won The War at the London Pavilion. 1967. Photograph by J. Seymour.

Hispano’s H6 was followed in 1931 by the equally stunning J12 and then, in 1935, K6 but Hispano’s golden age was already coming to an end. The Spanish Civil War saw the firm’s Barcelona facilities seized by the Spanish Republic to produce weapons, while in 1937 its French subsidiary was taken over by the French government for the provision of war materials. Birkigt continued to work in aero-engine design and such was his genius, that he was one of the main contenders in the Car Engineer of the Century award (announced in November 1999) that was won by Ferdinand Porsche. 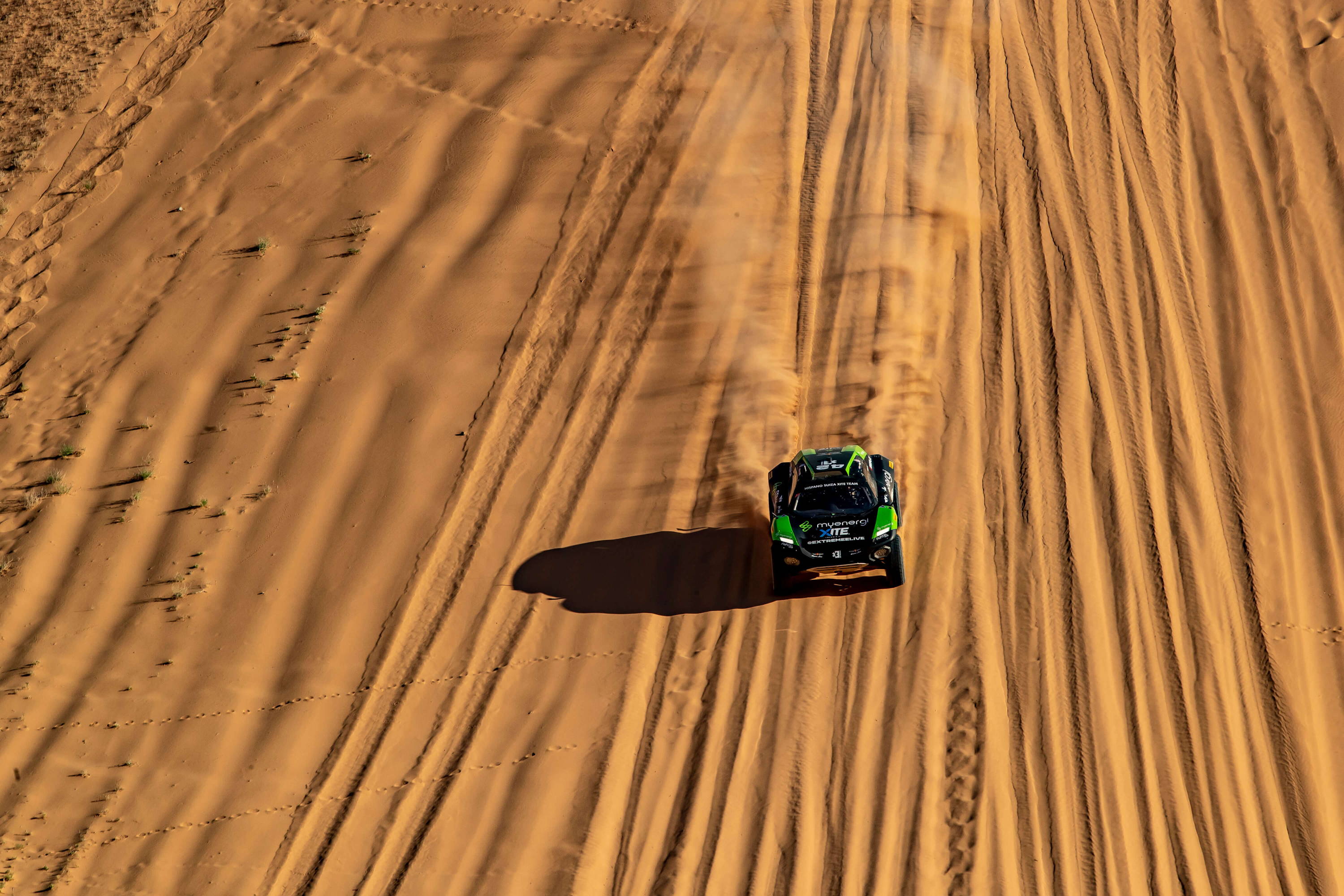 Hispano-Suiza is now back on the automotive scene!

Thanks to Miguel Suqué Mateu, great-grandson of the firm’s original founder. The marque was relaunched in 2019 at the Geneva Motor Show, when it showcased the Carmen, a 1019hp electric car inspired by the Xenia. And now with Extreme E the brand has gone even further towards its roots – in motorsport.