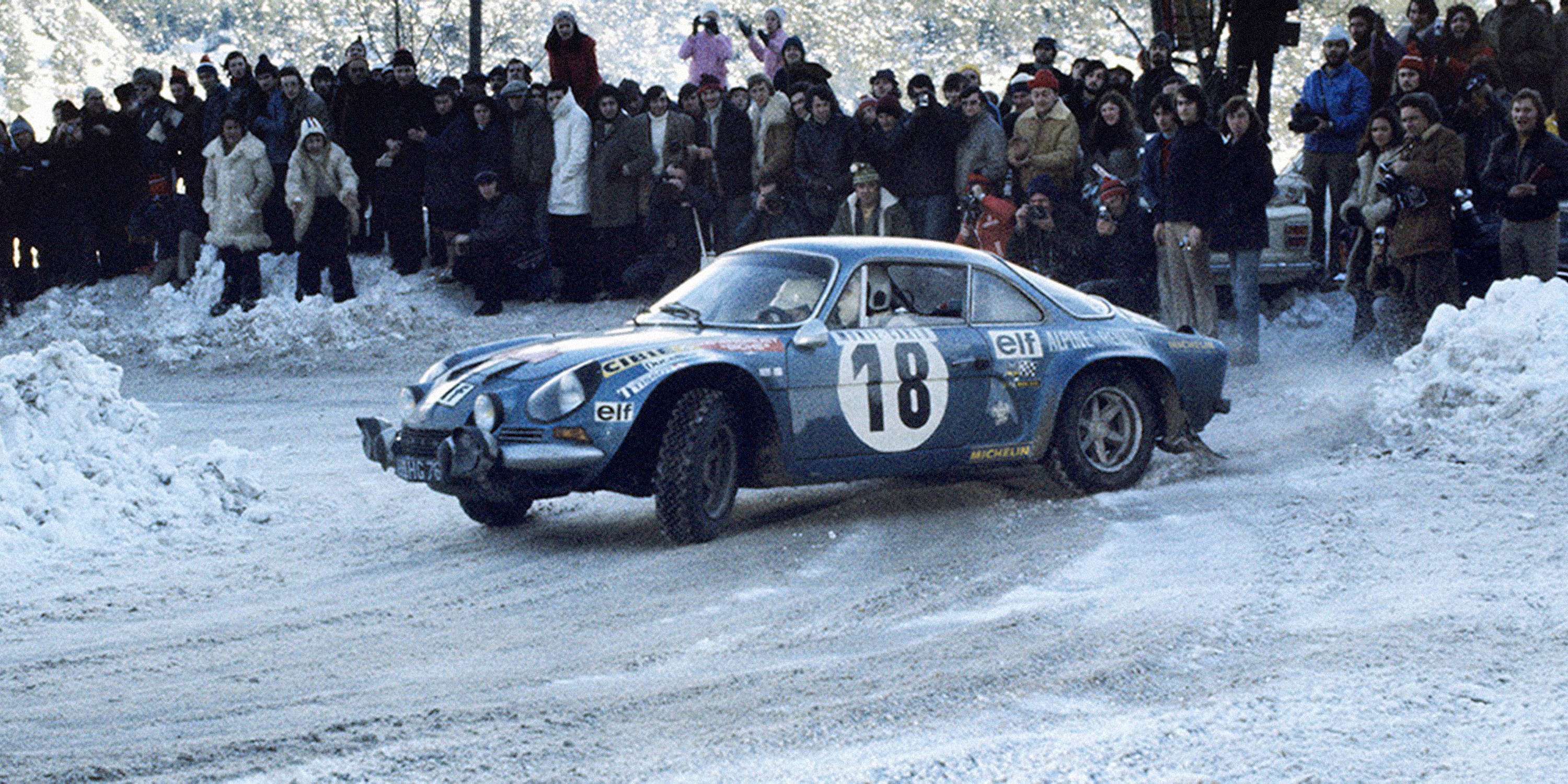 There are set to be celebrations and commemorations in the upcoming special stages as the FIA World Rally Championship marks reaching a remarkable half-century.

Naturally, over those five decades the sport has evolved and had to adapt to stay relevant, attract fans and impress a TV audience. But while the events are shorter now than back in the Sixties, rallying is still the one form of motor sport that can truly be regarded as something of an adventure. Not for the rally men and women the meticulous lapping of the same ribbon of tarmac, no yellow flags warning of dangers. Day or night, snow, hail or shine, the rally car has danced down dusty and snowy tracks and into our hearts.

Through the 1960s major automotive manufacturers began to recognise rallying as a promotional platform and for three years the International Championship for Manufacturers attracted the good and the great. Eventually, in 1973, the World Rally Championship was born, kick-starting a competition that would take in the snowy terrains of Sweden, gruelling sandy roads of the Safari, and high-speed grippy tarmac of Corsica, among a plethora of jaw-droppingly challenging locations. 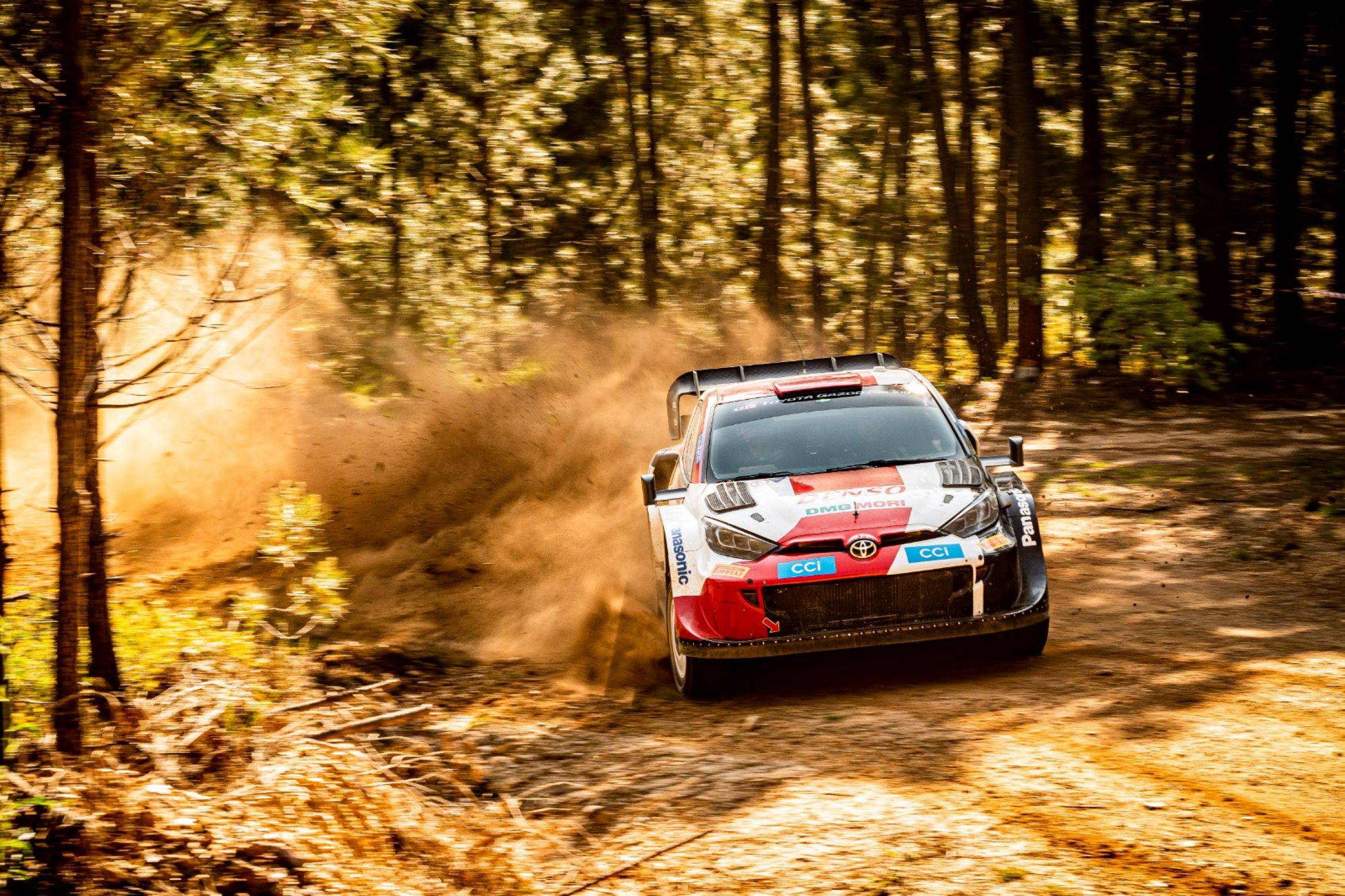 WRC in 2022 featuring the first gravel event of the year for the GR YARIS Rally1 car at Rally de Portugal May 2022. Image courtesy Toyota Gazoo Racing

Alpine’s A110 was initially the car to have before Lancia took the world by storm with its iconic Stratos, decked out in the green, white and red of Italy’s colours. In 1979 a Drivers’ title was awarded and that began a sequence of iconic rivalries across the following decades.

In 1981 there was a historic moment at the Sanremo Rally when Michèle Mouton became the first – and only – woman to win a round of the World Rally Championship. It marked the first of four victories for Mouton, who only narrowly missed out on the 1982 title to Walter Rohl, ultimately finishing runner-up.

Mouton’s emergence coincided with the introduction of WRC’s fearsome Group B machinery, spearheaded by the Audi Quattro and Peugeot 305, with fans flocking to the stages to witness the rapid cars that had little in the way of restrictions. But as speeds increased, so did the element of risk, and a series of tragic incidents led to the outlawing of Group B and the arrival of Group A. 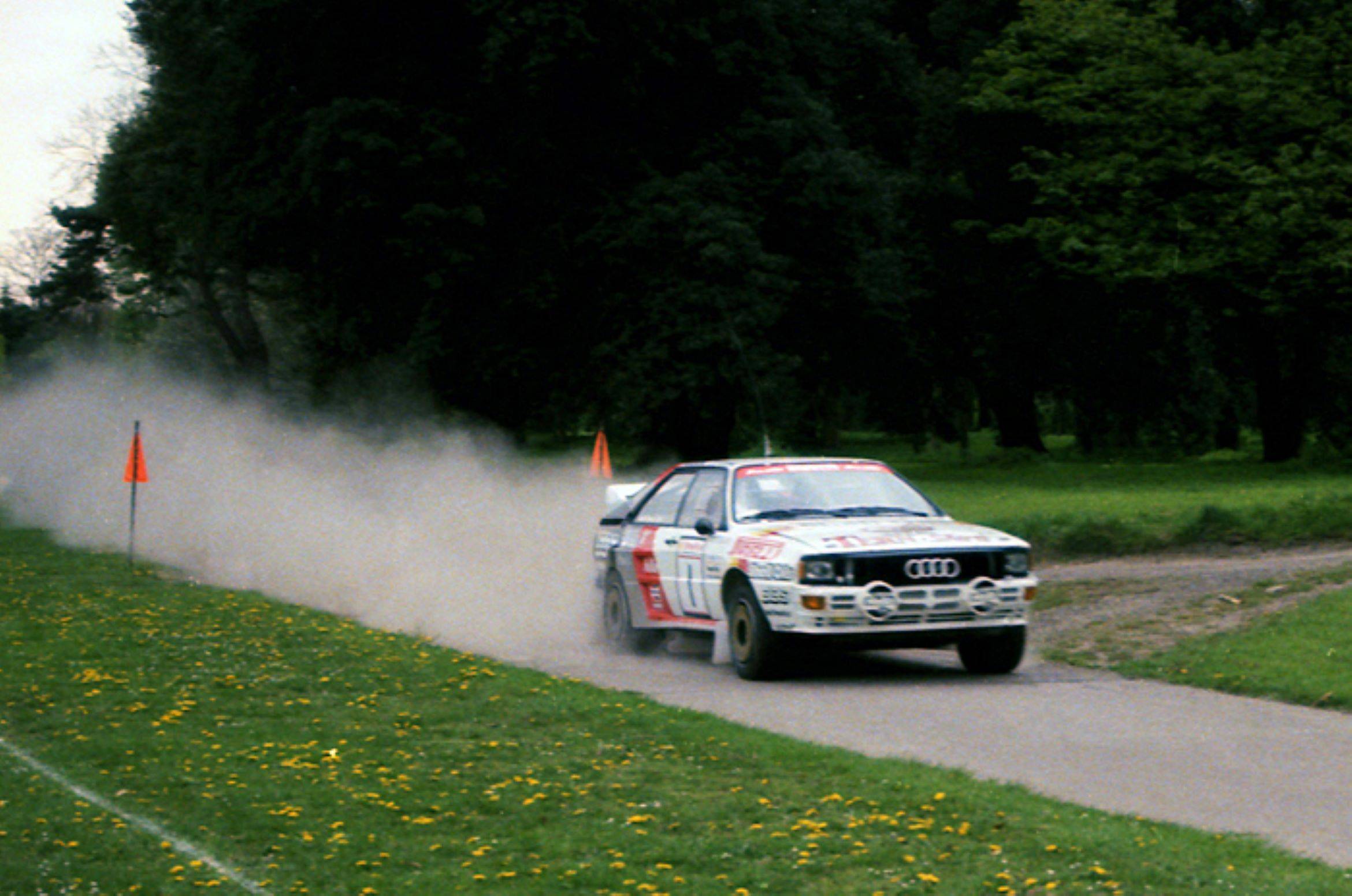 Michèle Mouton in the Audi Quattro A2 finishes stage one of the 1985 Welsh International Rally. Image courtesy Wiki Commons

That resulted in an influx of Japanese manufacturers and a spate of closely-contested title fights between Subaru (in its era-defining blue-liveried Impreza), Mitsubishi (with its Lancer Evolution) and Toyota (with its Cecilia GT-Four). Juha Kankkunen claimed a record-breaking four world titles and he was duly matched by fellow Finn Tommi Makinen, who rounded out the 1990s with his spell of four-on-the bounce. That included an astonishing denouement in 1998 when he defended his crown after two-time champion Carlos Sainz’s Toyota broke down 400 metres from the end of the final stage of the final rally. Such was co-driver Luis Moya’s rage that he threw his helmet through the rear window. In between those runs came a title for Scot Colin McRae, who transcended the sport, thanks to his engaging personality and ‘when in doubt, flat out’ mantra. McRae also lent his name to a sequence of video games, sparking widespread interest in the championship among the new generation, which continues to this day with the popular WRC 9 video game.

The dawn of the new millennium also marked the start of a new era, the emergence of Ford and Citroen, and one man in particular: Sebastien Loeb. After titles for Marcus Gronholm, Richard Burns and the charismatic Petter Solberg came a gymnast turned engineer turned rally driver who had an unusual mix of both Gallic flair and nonchalance, and set about annihilating the record books. Loeb stormed to nine successive titles, as Citroen evolved its Xsara into a C4 into a DS3, sometimes winning over 10 rallies in a season. 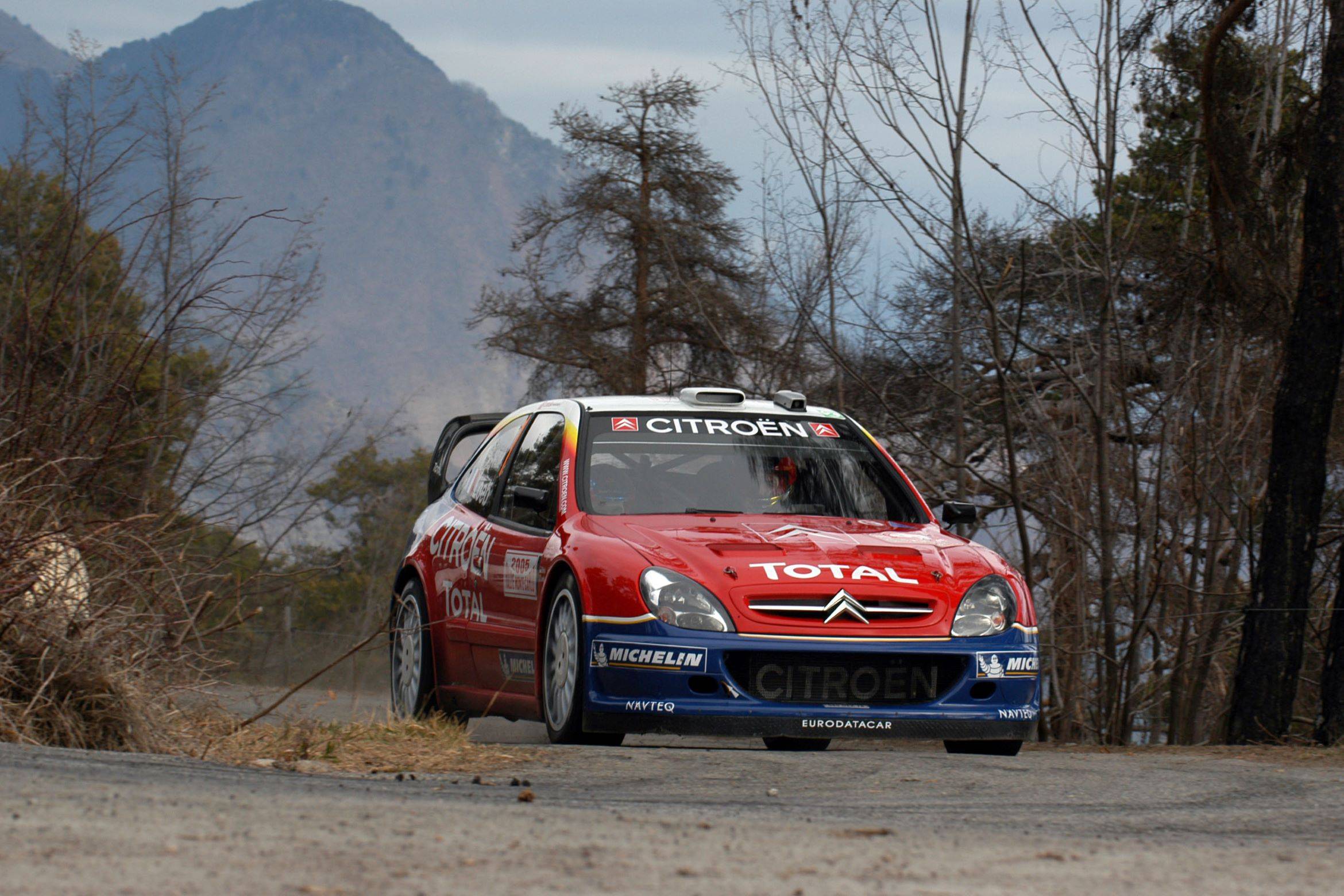 Yet there was another Seb. As the 2010s arrived so did ‘Seb 2.0’ – Seb Ogier. Pitched together at Citroen the elder Seb and the younger Seb did not always see eye-to-eye, with flare-ups and management diktats. Loeb walked away full-time after 2012, leading to the era of Ogier, following the full-scale arrival of Volkswagen’s imperious Polo. Four straight titles followed before a bombshell – VW was quitting. Ogier took stock, signed for the privateer Ford-linked M-Sport outfit, and duly kept on winning anyway. M-Sport’s success also marked the first time a non-manufacturer had won the championship – a heroic achievement for the plucky Cumbrian outfit. 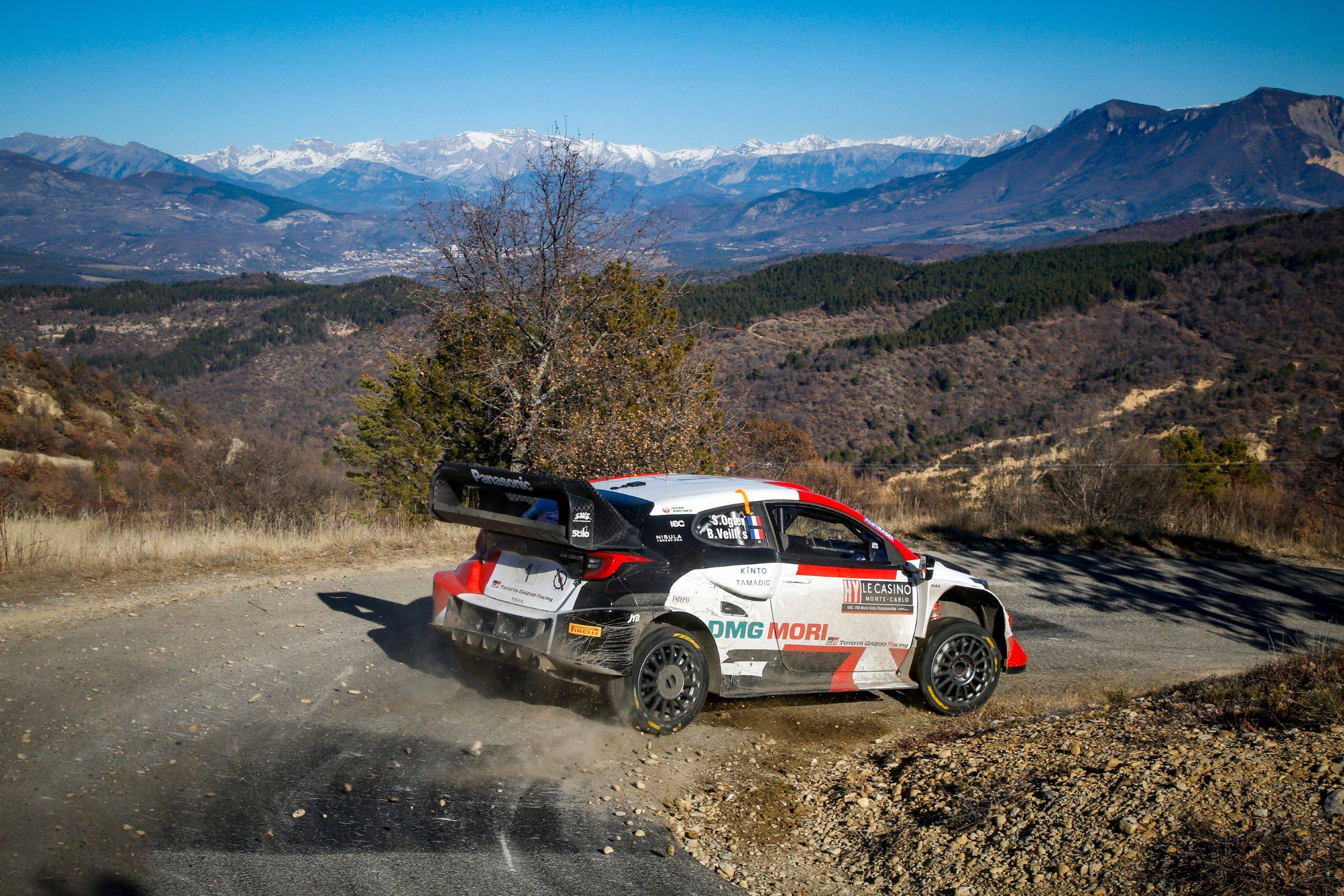 Ott Tanak became the first non-Seb to win the title with his 2019 success but after two more crowns brought his total to eight Ogier waved goodbye to full-time competition, heralding a new era, as WRC looks to the future. Out went the 25-year World Rally Car phase and in came Rally1, with a view towards hybridisation, including synthetic fuels that are more sustainable and environmentally-friendly.

And despite WRC looking forwards the two Sebs will be at the forefront of its 50-year celebrations. In their bit-part campaigns both Hyundai’s Loeb and Toyota’s Ogier have signed up for Rally Portugal, having so far only contested the Monte. Oh, and of course, one Seb (Loeb) won – his 80th triumph – and the other Seb (Ogier) was runner-up.