At a time of year when most people are thinking of having a few days off for Christmas, a woman in her sixties from Denver Colorado was driving a classic Porsche across a 356 mile route in Antarctica.

Renee Brinkerhoff only took up rallying in her fifties and her car of choice is as old as she is – a 1956 Porsche 356A, which her husband’s cousin had bought to restore. An itch to go racing led her to try the Porsche Track Experience with famous racer Hurley Haywood as her instructor and then came the baptism of fire for both car and driver, as she took part in the 2013 Carrera Panamerica rally in Mexico where she finished first in class. She went on to take in this race, reckoned to be one of the most dangerous in the world, another three times, finishing every one. 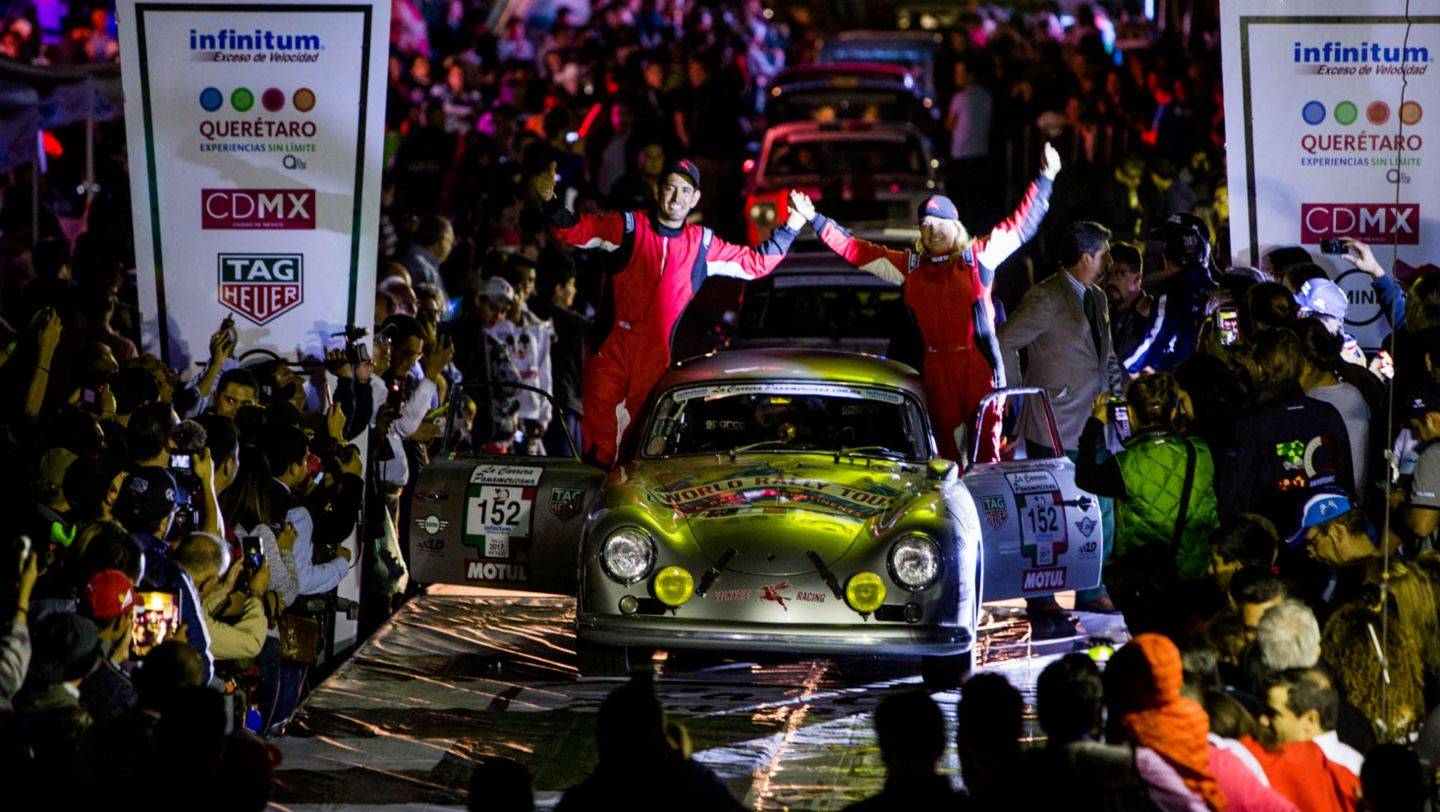 The bug bit and what was meant to be one-off turned into a hobby and a chance encounter with an FBI agent led to her launching Project 356 World Rally Tour to raise awareness about people trafficking, working with official aid groups around the world. That led to Brinkerhoff establishing the “Valkyrie Racing” team and the non-profit organisation “Valkyrie Gives.” Today, it works in six countries with 13 global partners and has raised almost half of its one million dollar target.

Her Valkyrie Racing team has taken the beautiful classic Porsche to rallies on six continents, including an event in Australia, the East African Safari Classic, the Caminos del Inca in Peru and the famous Peking to Paris race, all with the aim of raising a million dollars. 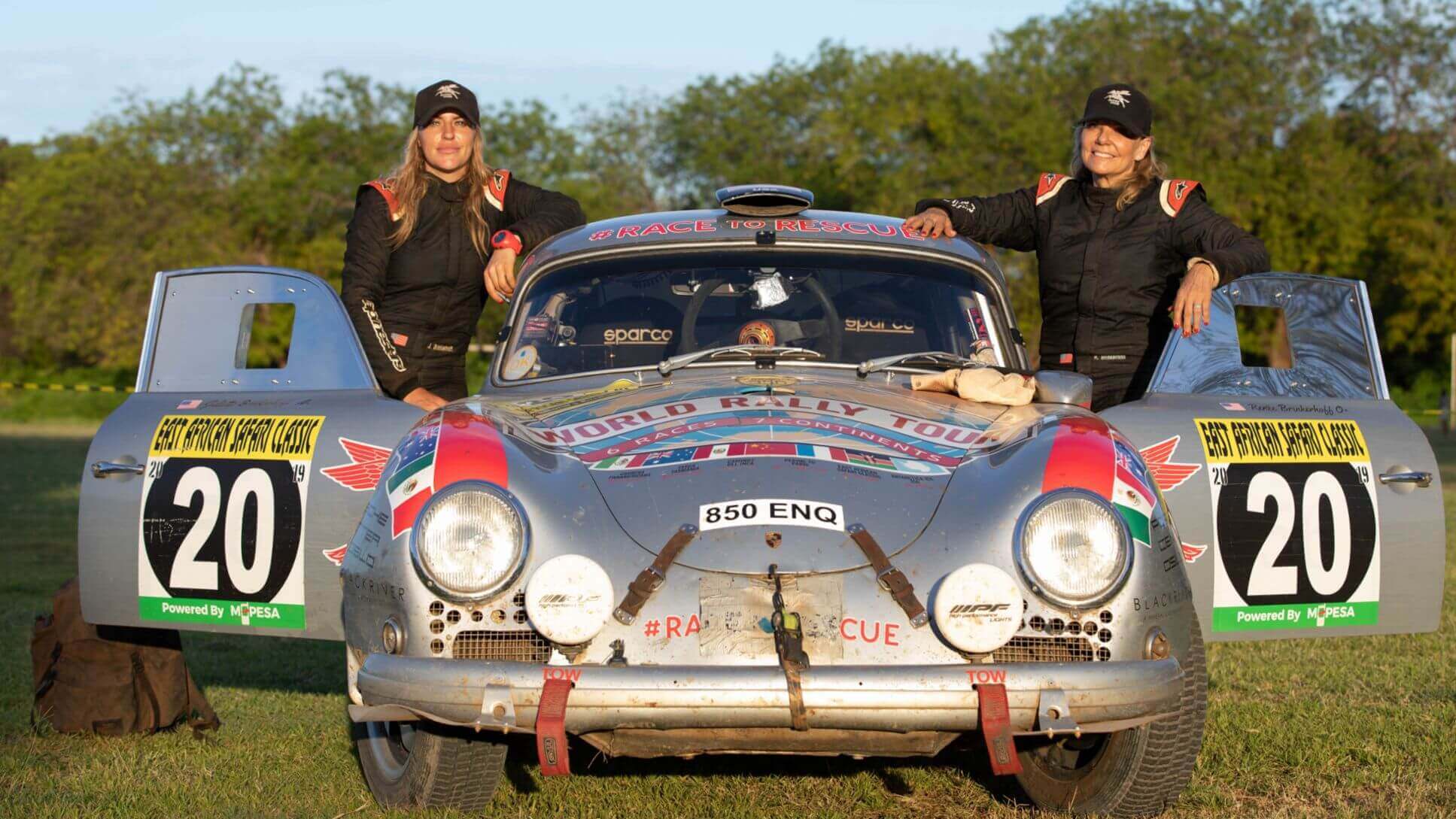 Renee Brinkerhoff (right) and her daughter Juliette Brinkerhoff with the Porsche 356 A during the Project 356 World Rally Tour in 2020. Image courtesy Porsche Newsroom

A couple of weeks ago, to add another continent to the list, Brinkerhoff teamed up with co-driver Jason De Carteret, the Englishman who holds the record for the fastest overland trip to the South Pole, to tackle a 356 mile round trip starting at Antarctica’s Union Glacier airfield.

The 356, the first ever Porsche to go to Antarctica, was radically modified for the journey by Kieron Bradley, a senior chassis design engineer for Group Lotus, with a sideline in polar expeditions! The project took two years to complete. Bradley realised that in order to retain the Porsche’s classic looks he could not go down the big-tyre route often used for snow driving. The result is that there are no rear wheels, these having been replaced with snow tracks, while special suspension was fitted along with skis where the front wheels should be, their purpose being to flatten the snow for the rear tracks to run over. In addition, a special bag jack was fitted to life the vehicle if it got stuck in soft snow. When the conditions allowed, spiked ice tyres were available. It was also fitted with a special crevasse bar to prevent the car plunging into the ice. Bradley’s personal experience of the conditions the crew would encounter meant he aimed to make everything fully fixable in the field. Another important factor at a time when the world is ever more conscious of the need to protect the environment, the car can be described as a carbon positive, zero impact vehicle. 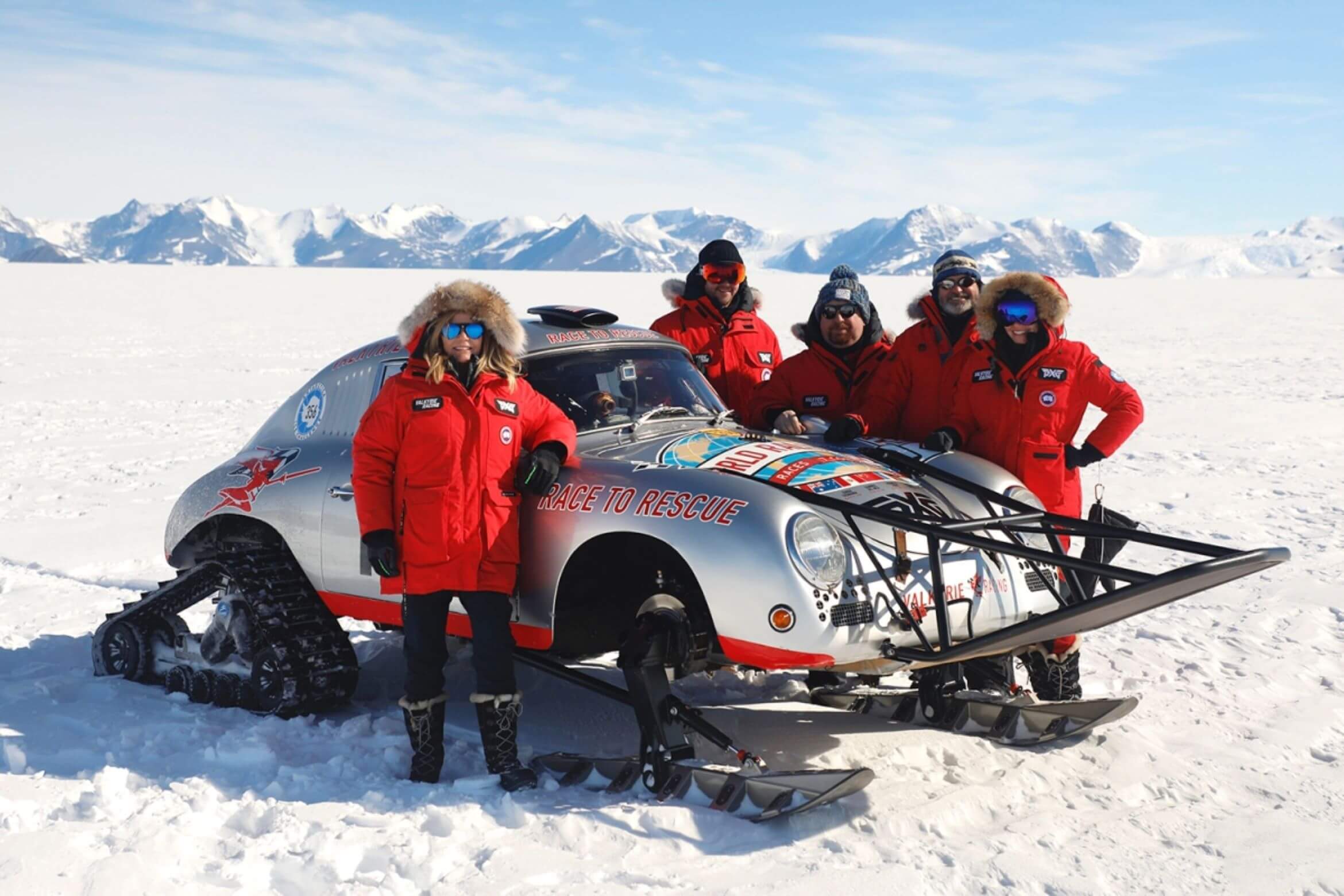 Renee Brinkerhoff (left) and her crew with the Porsche 365 while conquering the Antarctica. Image courtesy Valkyrie Racing

Despite meticulous planning, the trip which took five days to complete, was not all plain sailing. That’s only to be expected given the unforgiving terrain and conditions, where winds can reach speeds of 320 km/h and temperatures can drop to minus 40 degrees.

The little sports car was shipped from the UK to Chile and from there onto Antarctica where it remained in freezing conditions until the crew arrived. The extreme cold meant there were times when the car was only running on two of its four cylinders, a damper had to be replaced and the skis required re-attaching a couple of times. The Antarctic adventure was never meant to be a speedy affair with the Porsche travelling at around 30 mph for most of it, although plans to set a speed record on the “Blue Ice Runway” at the airfield with the car back on wheels and tyres again, had to be shelved because of poor weather. The cost of this expedition and the other awareness-raising events were all personally funded or paid by sponsors so that all money collected goes to the anti-trafficking organisation and so far, Project 356 World Rally Tour, which has seen Brinkerhoff driver over 20,000 miles.