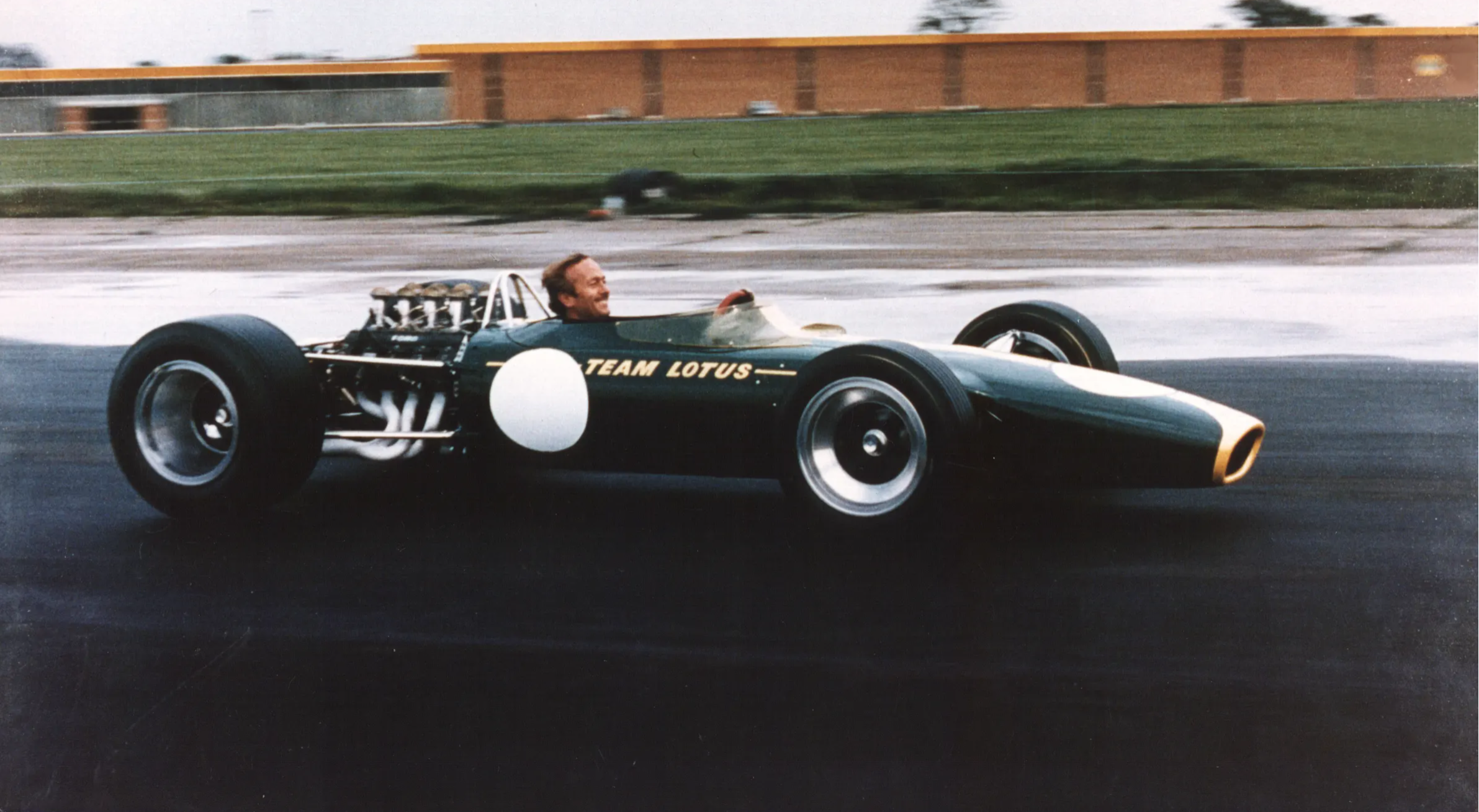 Racing cars of the 60s

There are several racing cars over the years that can vie for the title of best or most beautiful or most successful, but if one had to choose the most important Formula 1 car of all time, it would have to be the Lotus 49.

In the Sixties, Team Lotus was clearly a team on the rise, thanks to its brilliantly inventive owner and designer Colin Chapman and the mercurial Jim Clark behind the wheel.

In the Lotus-Climax 25, the Scotsman won the World Championship in 1963 and again in 1965. The 25 was the first car to boast a fully stressed monocoque chassis, but for 1967 the Lotus 49 would go a step further and set the standard for single-seater design for decades to come.

“Simplify, then add lightness.” That was Chapman’s philosophy, along with the idea that “adding power makes you faster on the straights, subtracting weight makes you faster everywhere.” It’s true this meant the cars were sometimes questionable when it came to safety. Ferdinand Porsche is credited with the remark that “the perfect race car crosses the finish line in first place and subsequently falls into its constituent parts,” but in the case of Lotus, there were times when they didn’t make it to that finish line. 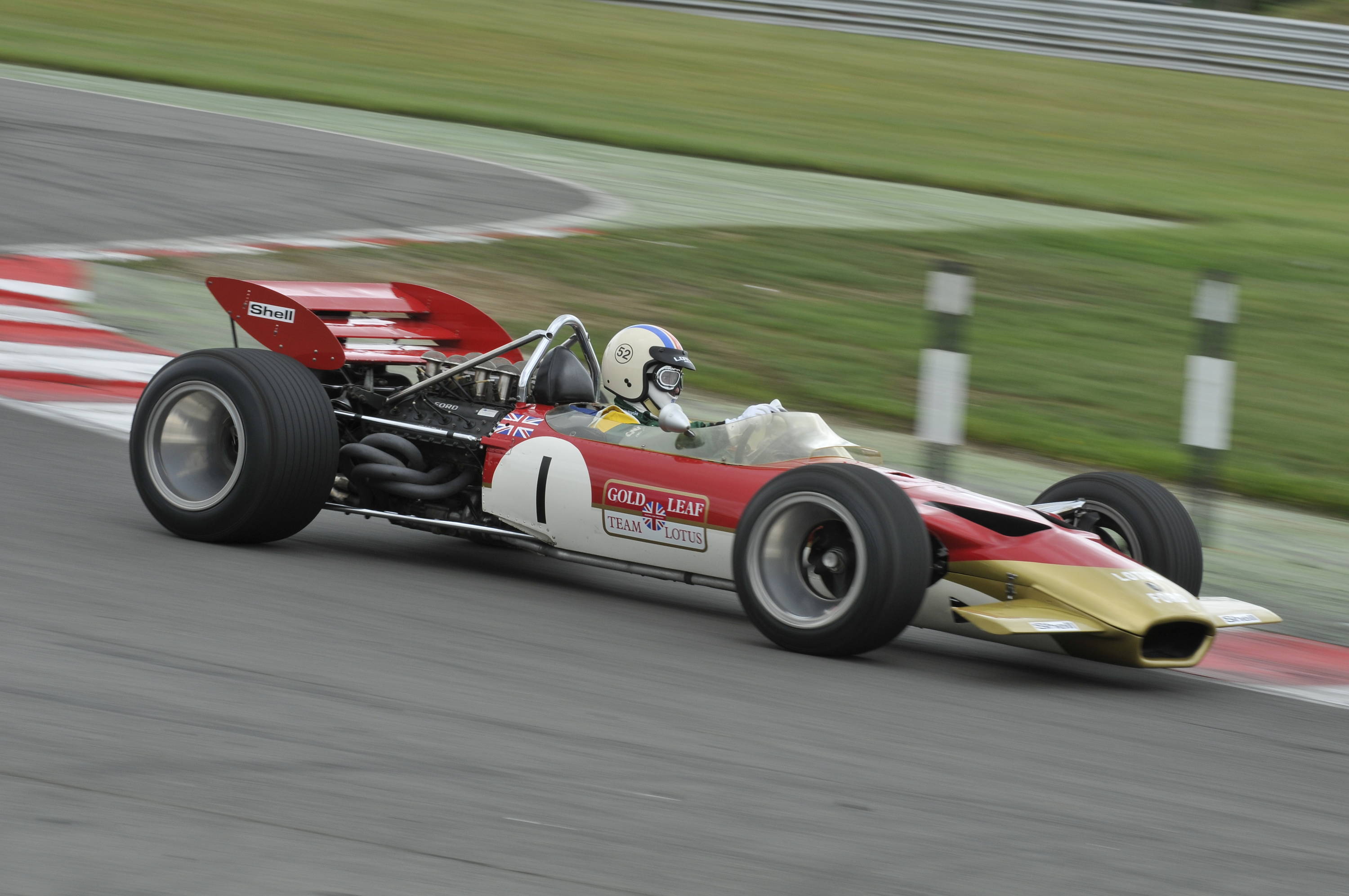 The 49 used a stressed-member drivetrain to reduce weight. The engine was bolted to the monocoque at one end and the suspension and gearbox was attacked directly to its back end. The idea had been tried before, but never as effectively. What made it special was a purpose-built 3 litre V8 built by Mike Costin and Keith Duckworth and bankrolled by Ford, the Cosworth DFV, those letters standing for Double Four Valve. Chapman had persuaded Ford to stump up the £100,000 required to design and manufacture the unit. It would prove to be money well spent as it would power F1 cars for the vast majority of the field for much of the time, with a lifespan of 18 years during which it won 155 races and powered the winners of 12 Drivers’ World Championships and 10 Constructors.’

The Lotus 49 made its debut at the 1967 Dutch GP at Zandvoort to very little fanfare, but people sat up and took notice when Graham Hill beat the lap record by over 6 seconds and Clark who had only seen the car two days earlier, went on to win. Apart from its revolutionary use of the engine as a stressed-member, the 49 was also the first F1 car to sport wings, those initially flimsy structures mounted on thin poles! 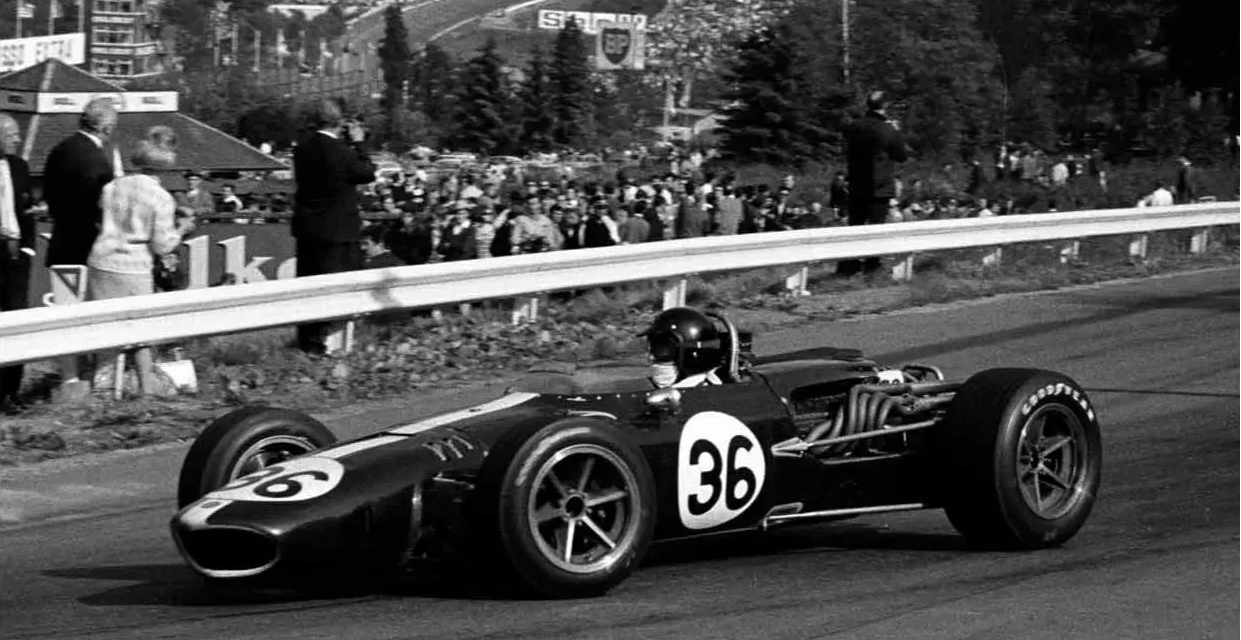 Surely a great car should have lots of wins after its name. Not so the Anglo American Racers Eagle Mk 1, which is undoubtedly one of the prettiest racing cars ever built, even if it only won one
Formula 1 Grand Prix.

The Eagle T1G as it was known, was designed by Len Terry for Anglo American Racers, a Formula 1 team set up by charismatic American racer Dan Gurney. And if his name sounds familiar, it’s because he is credited with coming up with the right angled piece of aluminium, used to create extra downforce when placed on the rear edge of the main plane of a car’s rear wing – the “Gurney Flap.” But our story pre-dates that particular invention by a few years. 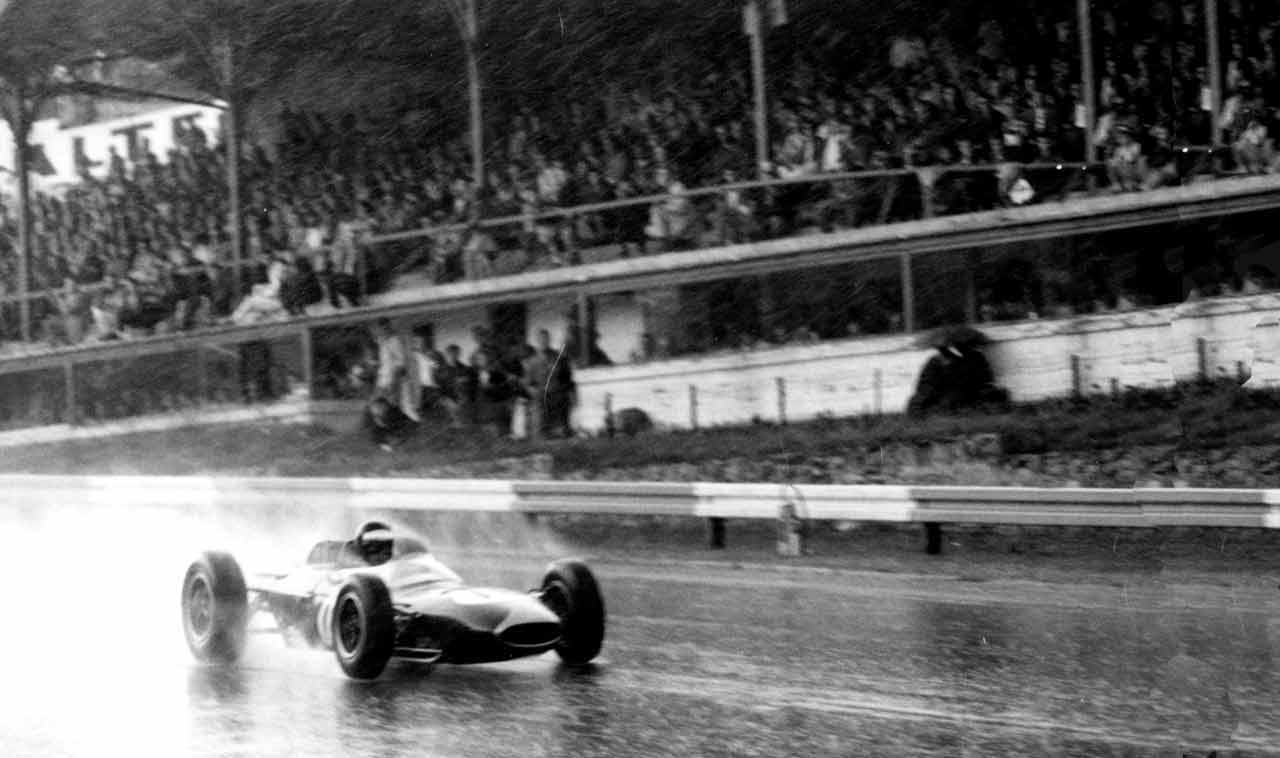 Terry was the ideal designer, as he had been involved in Lotus’ successful foray to the Indy 500 and Gurney wanted a chassis that would double up for F1 and the Indy ovals. The car was beautiful in its simplicity and the nose had a bird’s beak-shaped opening at the front for the radiator. To some eyes this looked like a shark, similar to the 1961 Ferrari 156, but this was an All American Eagle, so beak it was. It’s livery was understated, sublime and patriotic, the chassis painted a dark blue with a white lip around the radiator opening and a white stripe running the length of the car. At first the car ran with an uncompetitive Climax engine, while it had been designed around a specially manufactured Weslake V12. The car was innovative in other words, with the 104 chassis featuring titanium components and some magnesium panels in the monocoque. The flammable properties of magnesium, frighteningly illustrated when Jo Schlesser died in a fireball when his Honda burst into flames in the 1968 French GP at Rouen, led to Gurney referring to his car as a Ronson cigarette lighter. Gallows humour was an essential part of F1 in those dangerous days.

The car was essentially quick but unreliable in 1966 but finally, at the Belgian GP a year later, Gurney drove it to victory on the daunting Spa-Francorchamps circuit. Gurney set some records that day, becoming only the second person to win a Grand Prix at the wheel of a car he had built. Today the number has increased by just one and his win is still the only victory in F1 for a USA-built car. In case you ask, the current Haas cars are built in Europe.