Racing in the Middle East

Formula 1 is doubling its presence in the Middle East this year and there’s every sign that the cash-rich region will be an attractive market for the championship across the coming decades.

Across its first five decades Formula 1 did not venture to the deserts and rugged terrain of Arabia but that changed in 2004 after a grand prix facility was built on the tiny island nation of Bahrain. Few had ever heard of Bahrain but that was entirely the point – the ruling elite were savvy enough to realise that it could leverage Formula 1’s worldwide appeal to raise its presence on the global stage. Initial events were rather soulless and spartan, as if Formula 1 had landed in an alien environment, and a couple of setbacks did not aid its cause. Running the 2010 event on its ‘Endurance’ layout was an unpopular move while the 2011 grand prix was axed due to political unrest – and back in a pre-pandemic world the cancellation of a race was actually big news. But a decade after its arrival Bahrain quashed doubters and struck gold. A move to twilight-based grand prix reinvigorated the spectacle, which coincided with the epic scrap between Mercedes title rivals Lewis Hamilton and Nico Rosberg. Since then, it has never looked back. In 2020 it was the scene of Romain Grosjean’s horrific fireball accident while it filled a gap in the pandemic-scarred schedule by welcoming Formula 1 onto its Outer Layout. That produced a thrilling grand prix with lap times of only 53 seconds.

After Bahrain came Abu Dhabi. If the new-build circuit in Bahrain was impressive Abu Dhabi utilised its finances to even greater effect. In fact, it built a whole island. The Yas Marina Circuit, which featured an underground pit exit and a latticed hotel across one corner, was constructed with the glamour of Monaco and entertainment of Disneyland in mind. The circuit is located on a man-made island along with a hotels plaza, water park and typically gigantic mall. But while cars glittered beneath the floodlights and the golden Arabian sunsets the race track itself has produced disappointingly sub-par events. As Formula 1’s favoured location for the curtain-closer, and potential title showdown (though that has not materialised since 2016,) that has made Abu Dhabi something of a curate’s egg. But organisers have responded positively to such criticism. For 2021’s finale, which hopes to feature a sunset showdown between Lewis Hamilton and Max Verstappen, several corners have been reconfigured in a bid to enhance the quality of racing. 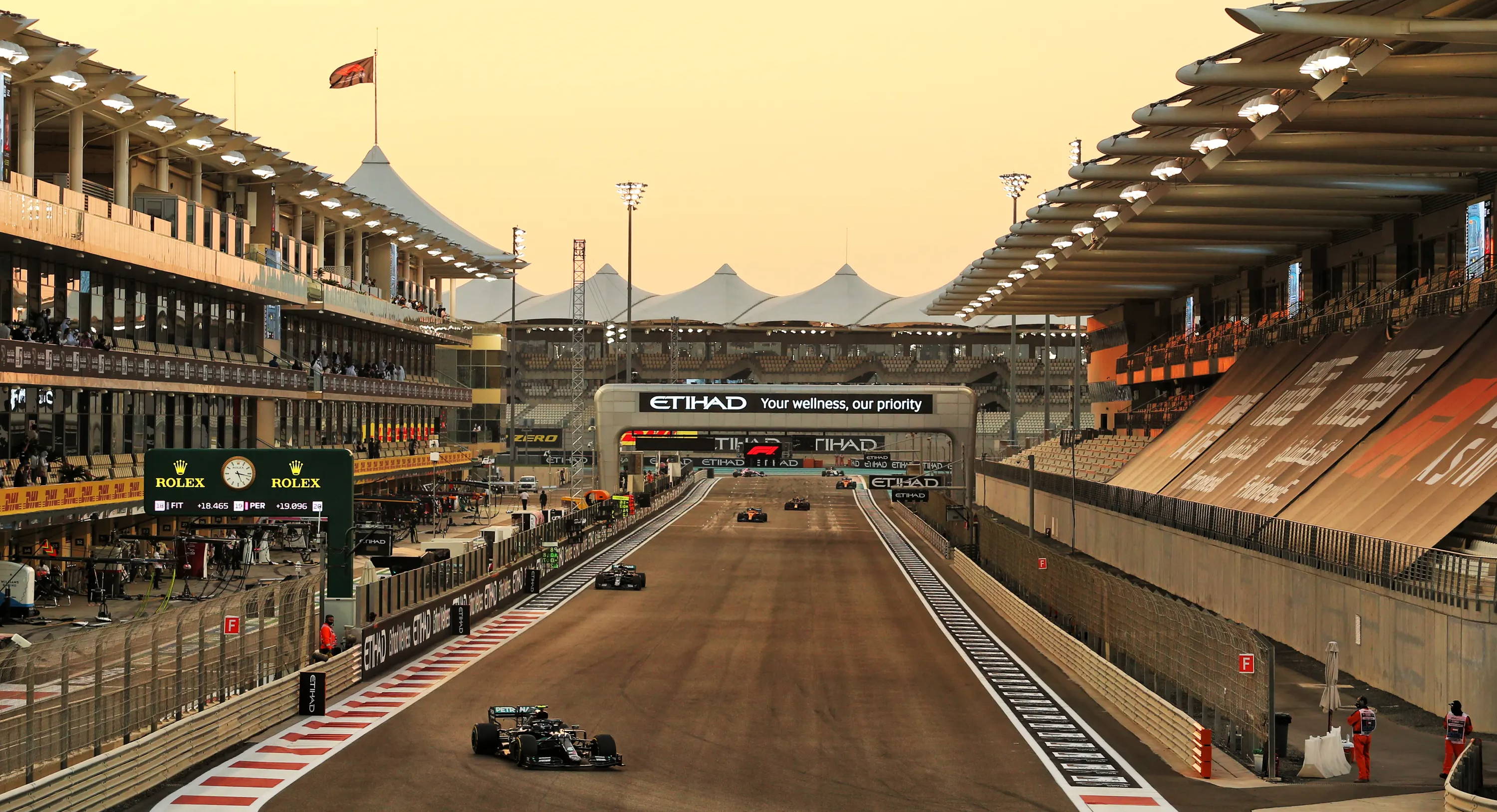 Bahrain and Abu Dhabi have for 2021 been joined by two neighbours in the region: Qatar and Saudi Arabia. And both countries have lengthy deals to remain part of the championship through the 2030s.

Qatar is no stranger to world championship events. Its Losail International Circuit has welcomed MotoGP since 2004, producing several thrilling encounters, but in November it will be part of the Formula 1 circus. Qatar stepped in to fill a void on the 2021 schedule caused by various travel restrictions and while Formula 1’s trip to the permanent Losail facility is a late decision, it will not be the championship’s sole visit to Qatar. A 10-year agreement, covering 2023 through 2032, has been reached, with the exact race venue yet to be determined. Why not 2022? Well Qatar is currently focused on its hosting duties of next winter’s football World Cup, and after that it needs another sporting franchise on which to place its attention and its money. Formula 1 fills that void perfectly. 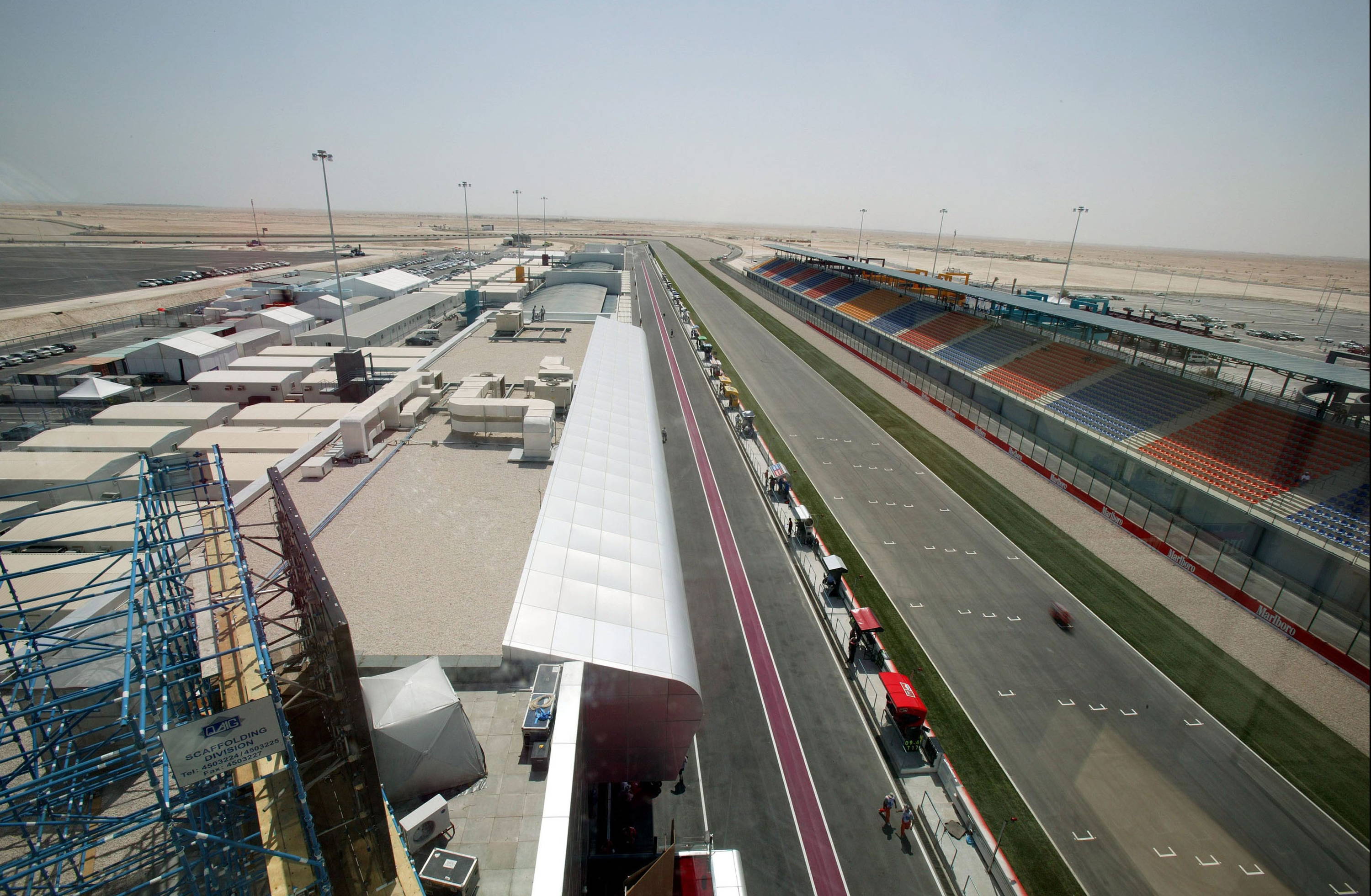 The fourth musketeer is Saudi Arabia. The country’s sporting reach has expanded in recent years with the Race of Champions, the not-Dakar Dakar Rally and Formula E, but from December Formula 1 will be the new toy in town. A 27-turn (more than any other circuit) track is under construction adjacent to the Red Sea along Jeddah’s Corniche. The anti-clockwise venue, with more left turns than rights, is expected to lead to a high average lap speed, while the street-based nature of the circuit means the walls will be a little too close to the bone for drivers, and errors will be punished. Jeddah’s lifespan – like Qatar’s Losail – may prove only to be temporary. From 2023 plans are afoot to move Saudi Arabia’s grand prix to the vast and otherworldly entertainment complex currently under construction in Qiddiya, close to capital Riyadh. That kind of commitment – building a new venue just for it to be superseded within a couple of years – shows Saudi Arabia’s desire to execute growth through sport that it can lavishly fund. 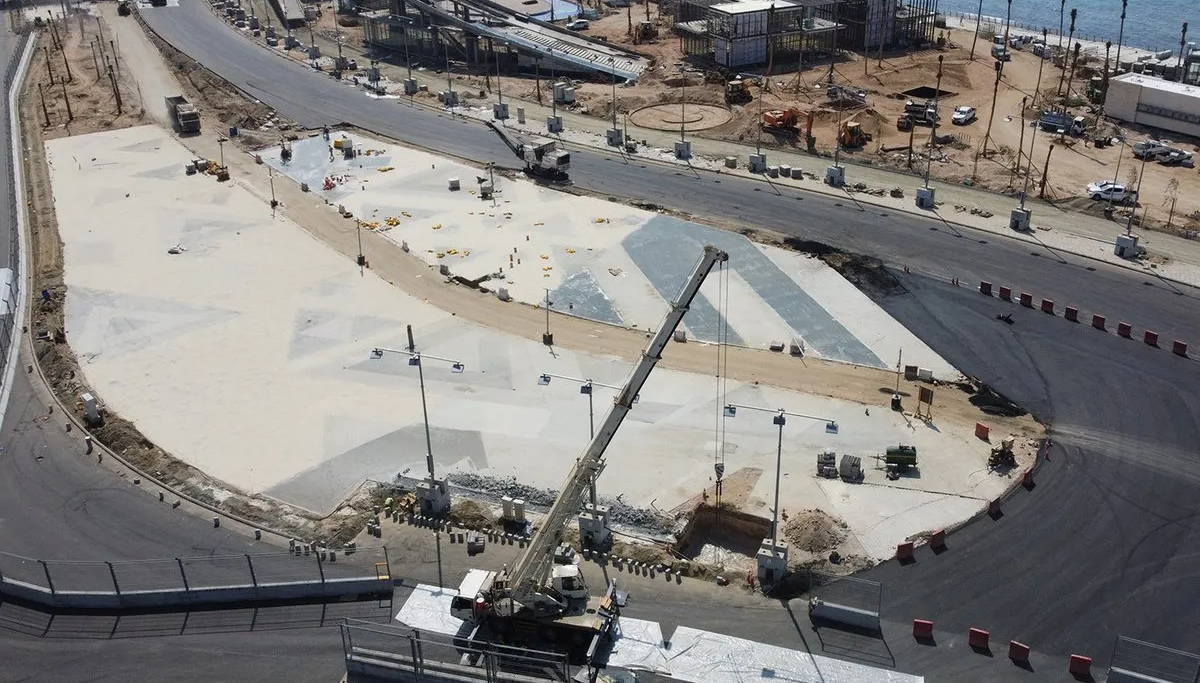 Jeddah Street Circuit in Saudi Arabia being built for the penultimate round of 2021 Formula 1 season. Image courtesy Motorsport Images.

In just two decades Formula 1 has gone from being relatively unknown in the Middle East to having four grands prix across four countries with pockets sufficiently deep to showcase both the sport and themselves. The 2020s are sure to witness more expansion in the region.