Automobilist had the opportunity to speak with Sir Jackie Stewart at the Goodwood Festival of Speed this past July. Watch (subtitles included), listen or read along as Sir Jackie discusses his favourite racing memories, the Nürburgring, and his charity Race Against Dementia.

Automobilist: If you could take any car on the Nürburgring Circuit, which car would it be? Could you also tell us more about the Green Hell and its significance.

Sir Jackie Stewart: A London taxi, because it would only do a certain speed! (Laughter) The Nürburgring was the most satisfying race track you could ever have. I mean, 187 corners per lap, when I was doing it. Now, there is not 187 corners. It's wider today, it got less jumps on it today. At one time we had 13 jumps at the Nürnburgring. But it was by far the most exciting, the most satisfying, but also the most challenging circuit that has ever been made in the world.

But it simply wasn't practical any longer to race in Formula 1, in the manner in which the organizers [and] the track owners could not go to the length that was required. Keep in mind that the length 40.7 miles long, I don't remember the number of kilometers. You've got to double that because it's both sides of the road. So firefighting, you know medical help, all these things that have to be catered for today, just was no longer capable in those days. It just had to stop. 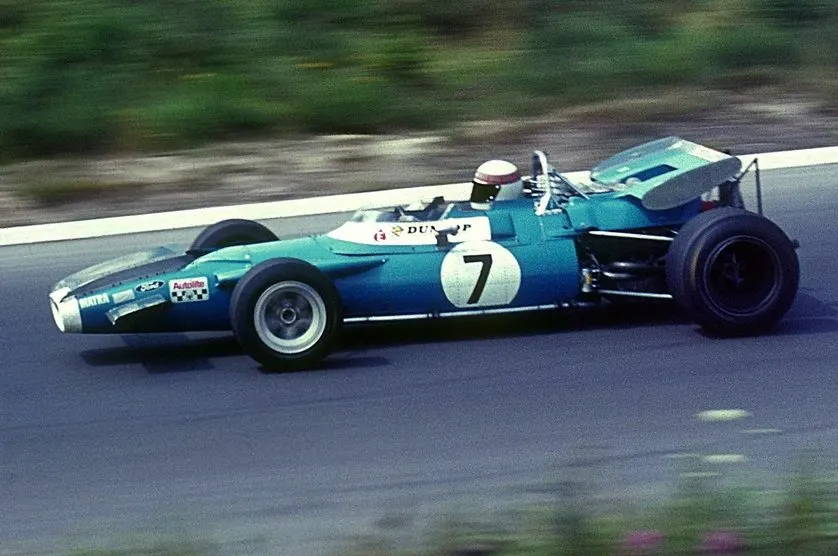 And I unfortunately was the president of the Grand Prix Drivers Association, and that was me who stopped the Nürnburgring. Which was a very unpopular thing from the media, as well as from the general public. Because in those days 350,000 people came to the Nürnburgring. They came for a whole weekend. Because both sides of the race track they were having barbecues every night, they were drinking more beer than they had ever done in their life. So it was a big thing also for tourism in the Eifel region of Germany. So it was a very unpopular decision to stop F1 at the Nürnburgring. But it had to be done.

Because keep in mind, in 1968, we lost a driver. Driver was killed, from the first of April - with Jim Clark, first of May it was Ludovico Scarfiotti, no Mike Spence, then Scarfiotti, and then Jo Schlesser. To have our family, if you like, and it was a small family because we travelled together, we holidayed together, we were really tight group of people, to have all those people killed, one a month, and the Nürnburgring was in August, the fifth month.

And I won the race, it was that one with fog and rain, I won it by over 4 minutes. And the first question I asked Ken Tyrell was "Is everybody alright?" Because in the Nürburgring you wouldn't know. A car goes off the road and he goes down and you don't know it. It's extraordinary in those days.

So it was a love-hate relationship, it was the biggest challenge that you could ever have driving a racing car. But every time I left my home, I always looked in the mirror, and I wondered if I would ever be coming back. You know to see my see my home. It was that bad, and yet it was so amazingly satisfying to put in a good lap.

Automobilist: Take us back to winning the Formula 1 World Championship in 1969. What were the important factors that led to your first Title?

Sir J. Stewart: First of all, in 69, the Matra turned out to be a very nice car to drive. It was a fairly long wheelbase, which is much better than a short wheelbase car, which I drove later. The Tyrells were very short wheelbases and therefore more difficult to drive.

The Matra was, let's call it an easier car to drive. But the great thing about that period was we were all using the Ford-Cosworth engine, and it meant that, you know, there was more relevance to the driver. Because nobody had more power than the other.

So it was a great season. The car was very good, Matra's engineering was excellent, then the mechanics that Ken Tyrell had were really the best. The very best. In fact, three of them are still with me, still alive, and I always tell everybody that those three people, I'm here because of them. Because I didn't have mechanical failures. I didn't have wheels fall off. So they really allowed me to live until I'm now 80 years of age. And it's ironic that the Matra, it's 80, MS-80. (Laughter) So it's got many happy memories. 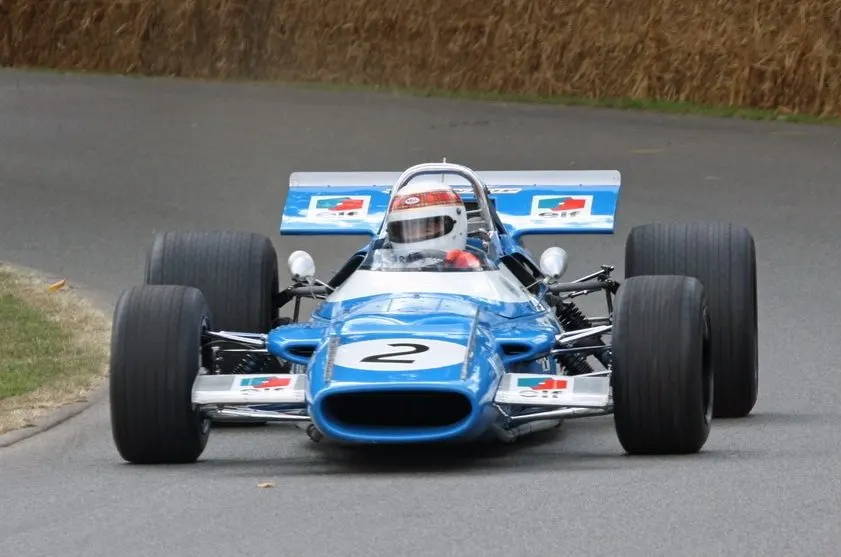 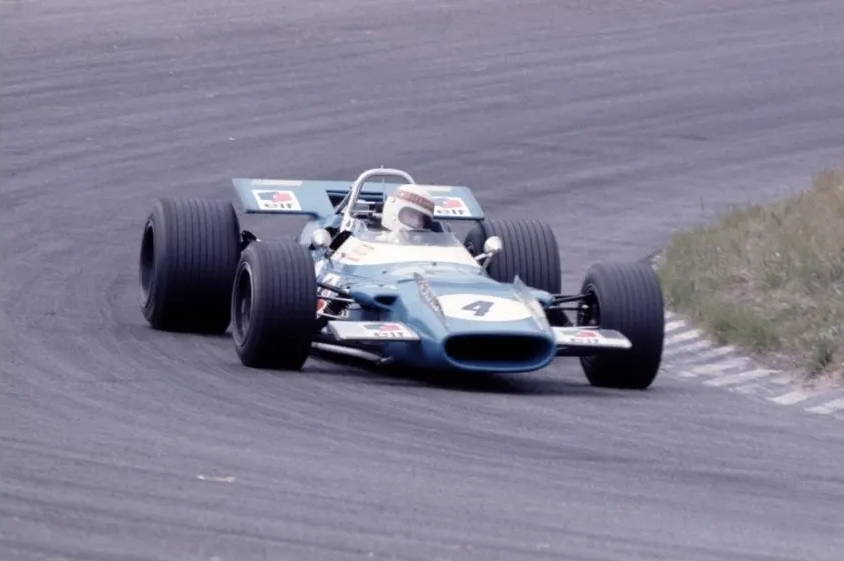 Automobilist: What are the differences between today's F1 racers and when you were racing?

Sir J. Stewart: Well, in those days of course, you must remember we didn't just drive Formula 1. We drove sports cars, GT cars, Indy cars, Can-Am cars. Every kind of car that was raced, Formula 2 cars at the same time. And today's drivers really don't understand that - they do 21 races, and of course there is simulator work, but that's not the same as having to race every weekend more than one car.

So I went back into Formula 1, you know whenever that race was in 2 weeks time or 3 weeks time, because then sometimes it was only 11 Grand Prix races. And you know, there wasn't the same amount of money, that for example the drivers of today have. But to earn that money, America was one of the most important places we had to go. And in 1971, when I won the world championship, I crossed the Atlantic 86 times.

And all of that was educational for me. Because I was learning what other people had never experienced before. And with the best engineers in every team that I ever went to. So it was a different world, really.

Automobilist: With proceeds from the "Flying Scot Collection" going to Race Against Dementia, what is something you would like to say to anyone who has made a purchase from the collection?

Sir J. Stewart: Well I thank everyone. And I thank the producers who created this, as well as the people who have bought (them). And they are beautiful items. A big thank you. Because Helen, my wife of 57 years, has dementia. It's a terrible illness. We have 7 neuro-nurses looking after Helen now. I can afford that, but very few people can.

So, we are trying to find a cure for dementia, but even more importantly, preventive medicine for dementia and the years that are ahead of us. We're getting young PhD's who are the best in every part of the world. We've got to change the culture because for 30 years nobody has found a cure for dementia. I would love to do it in my lifetime, if not, I want it done from (by) Race Against Dementia.

Because it's a terrible illness for people, and the cost for a family is shocking. So it's now the most expensive illness in the world for anybody to have. It costs more money to keep a dementia patient than it does from the combined total of cancer and heart disease. And the suggestion is: that the people born today, 1 in 3 are going to have dementia. So we have to find a cure. So that's why I am very grateful for everybody who is purchasing these lovely items. And let's hope we find the cure.

Automobilist: Where are you going to place "The Scot's Italian Job" fine art print?

Sir J. Stewart: I'm going to hang it - I have a lovely collection of pictures to do with my motor racing. And it will certainly be amongst them, the best place. It was a fantastic race, I mean with Jochen and Beltoise and Bruce McLaren. You know, anything could've happened. But at the Parabolica I knew what to do. And we had a gear ratio that took me across the line before I had to change gear. And that won the race.

And you know, I never bothered about pole positions - it wasn't important in those days, cause we all had the same engines, that was very normal, but to get the gear ratio for Monza right we spent two and a half days getting it right- and that's what won the race.