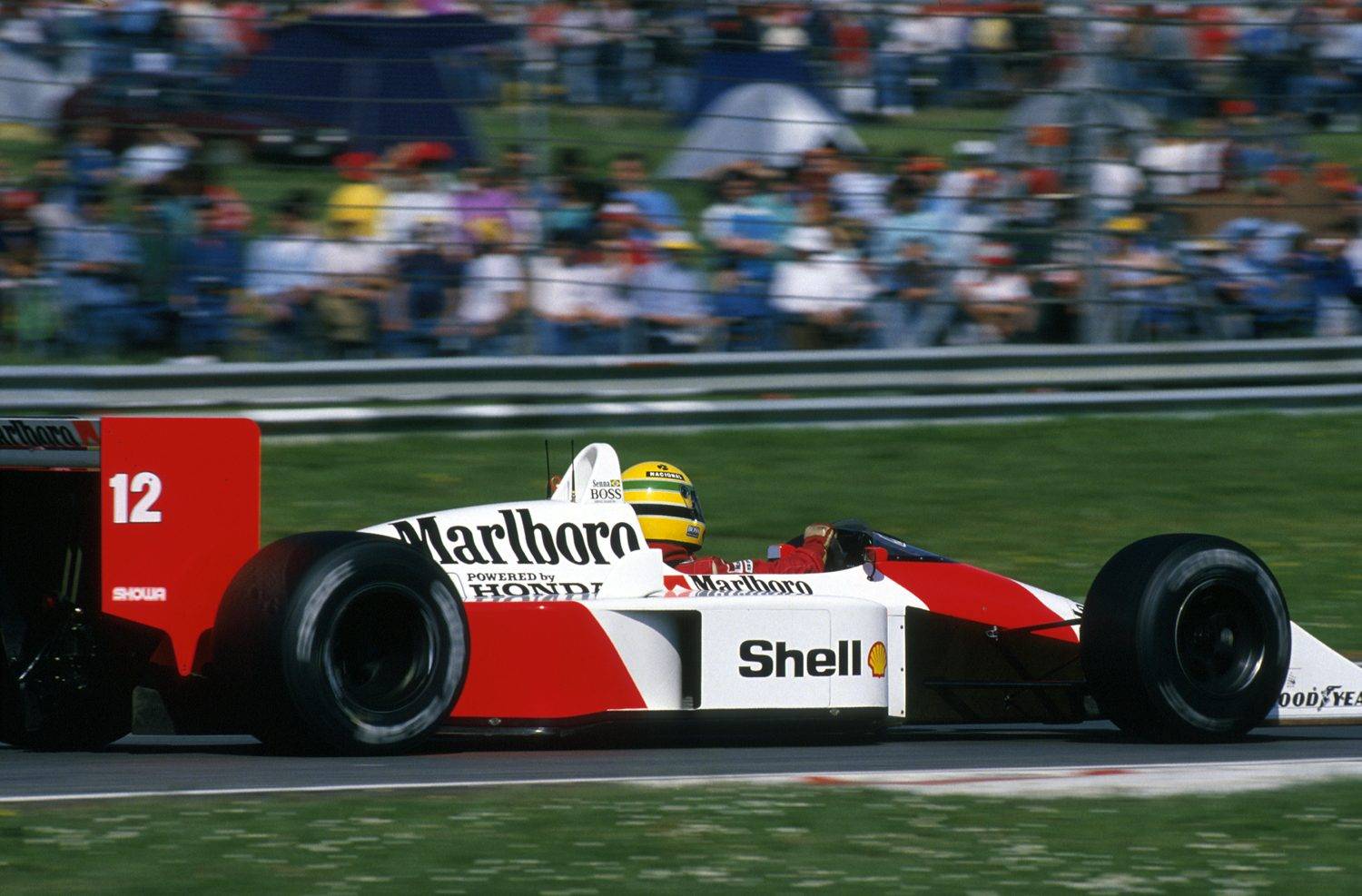 The car had only been tested, at the same Imola track in fact, a week before the opening round in Brazil and at the time, Prost and Senna had both demolished the previous best test time set by Gerhard Berger in the Ferrari. Prost won the opening round in Interlagos, after Senna was disqualified for taking the spare car after the green flag, when his race car developed a problem, so the San Marino GP was the younger man’s first win with the team, having joined over the winter. Going into the season, Prost was already ensconced at McLaren and his team-mate was the man he himself recommended to team boss Ron Dennis. At the time, Alain was already a double world champion with 28 Grand Prix wins, while Ayrton was the up and coming talent with 6 wins to his name. Dennis announced the new driver line-up at the ’87 Italian Grand Prix and race fans licked their lips in anticipation of what this duo, combined with the best engine at the time from Honda, could do. No one could have predicted just how far ahead of its rivals it would be. Apart from the brilliance of the Steve Nichols designed MP4/4, Honda built a brand new V6 turbo to deal with the new rules that involved limiting race fuel to 150 litres and a reduction in permitted turbo boost from the previous 4.0 BAR to 2.5. 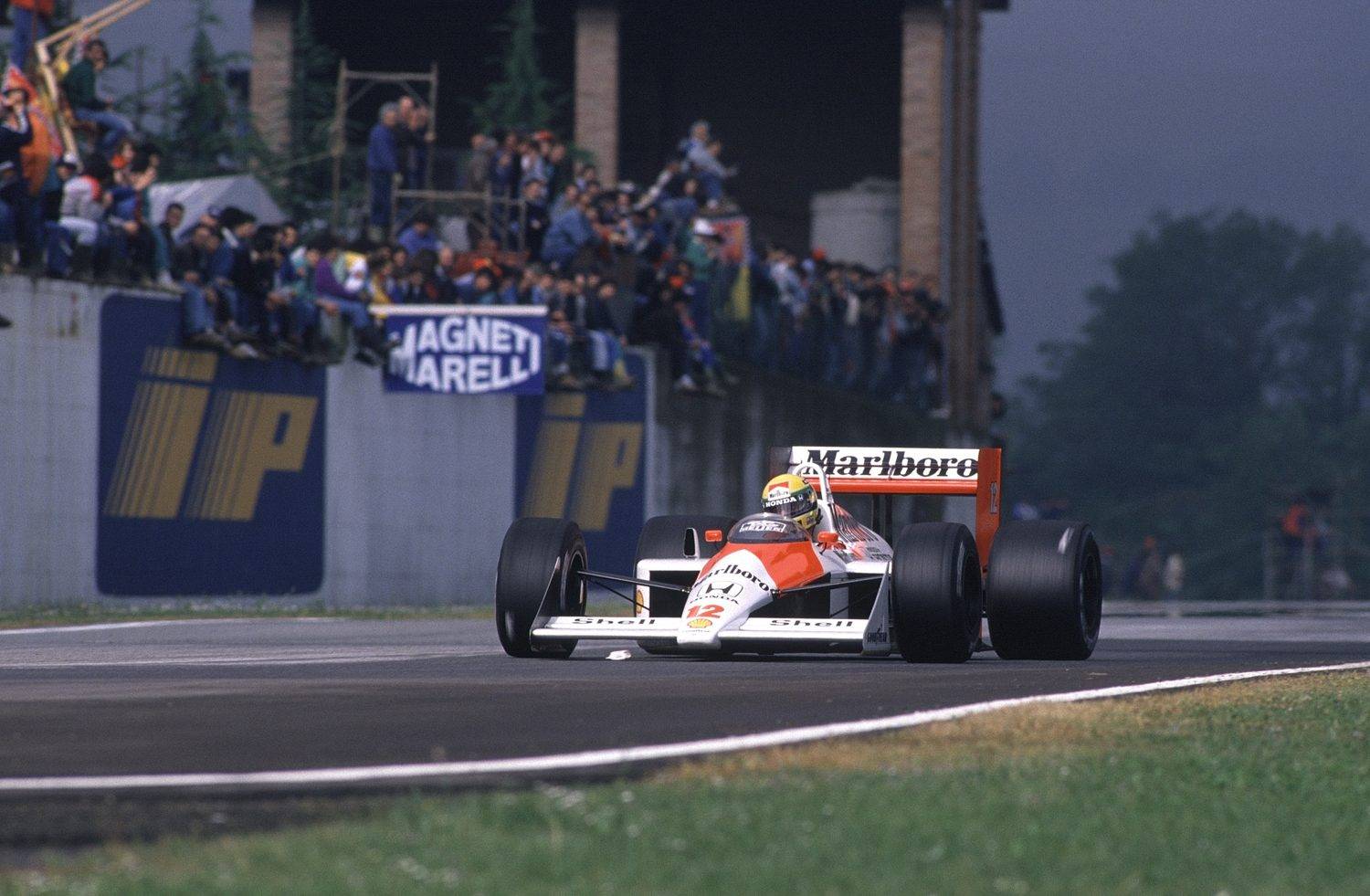 Appropriately, it was the Japanese GP at Honda’s own Suzuka circuit. Twelve months later, the two men were again fighting for the title in Japan, but this time the crown would go to Prost in controversial style when the two men collided at the chicane before the pits. Alain stepped out of the cockpit and walked away, but Ayrton signalled to the marshals to push him, got going again and was first past the chequered flag, only to be disqualified for getting that push start. By this point, the two rivals were no longer on speaking terms and Prost moved to Ferrari the following year.