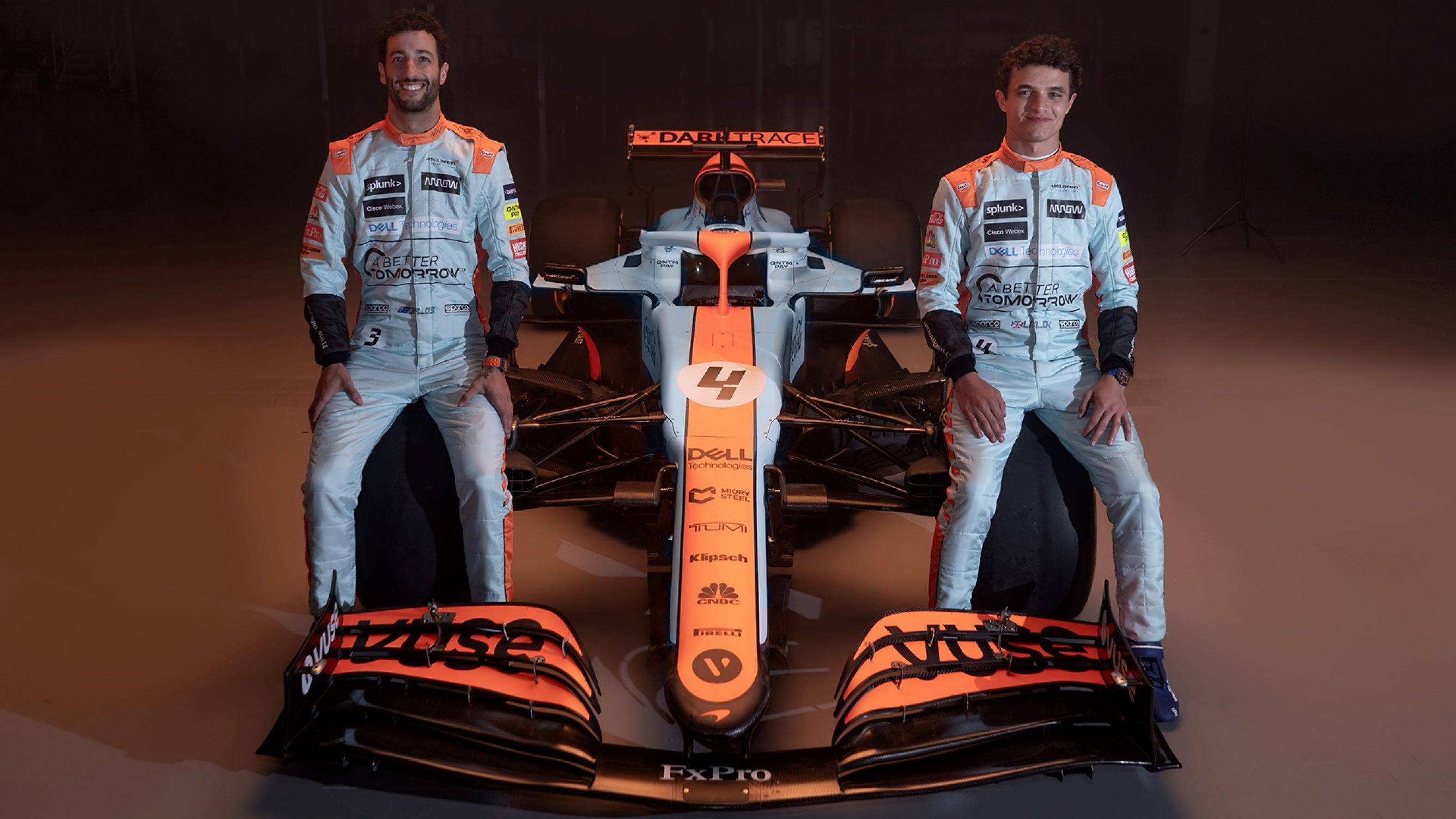 The Return of the Blue and Orange

The Return of the
Blue and Orange

Since the 1968 season when the Gold Leaf Team Lotus cars heralded the arrival of liveries reflecting commercial sponsorship, Formula 1 has thrown up some memorable designs.

This year’s one-off Monaco Grand Prix special livery from McLaren Racing and Gulf Oil International looks like being a worthy addition to that list.

The relationship between the two companies dates back to the late Sixties, when Bruce McLaren himself ran his eponymous teams in Formula 1, Indycar and Can-Am. However, the famous blue and orange livery never appeared on a McLaren car until the McLaren F1 GTR cars sported it for their assault on the Le Mans 24 Hours race throughout the Nineties. Where the livery made its name was in the world of sports car racing, which in the late Sixties and Seventies rivalled Formula 1 in terms of popularity with race fans. It’s easy to understand why if you just look at those huge, menacing mechanical prototype cars that would do battle over anything from six to 24 hours. Ferrari, Ford, Porsche and other car manufacturers all saw the publicity potential of proving their product in the world of endurance racing. So too did Gulf Oil who sponsored the JW Automotive Gulf Ford GT40 that won the Le Mans 24 Hours in 1968 and ’69 and the World Sports Car championship. The cars ran in the now famous powder-blue and orange livery at the behest of Grady Davis, then the Executive Vice President of Gulf. An interesting detail is that those colours actually featured on the logo of the Wilshire Oil Company, taken over by Gulf in 1960, while the true Gulf blue was actually much darker. 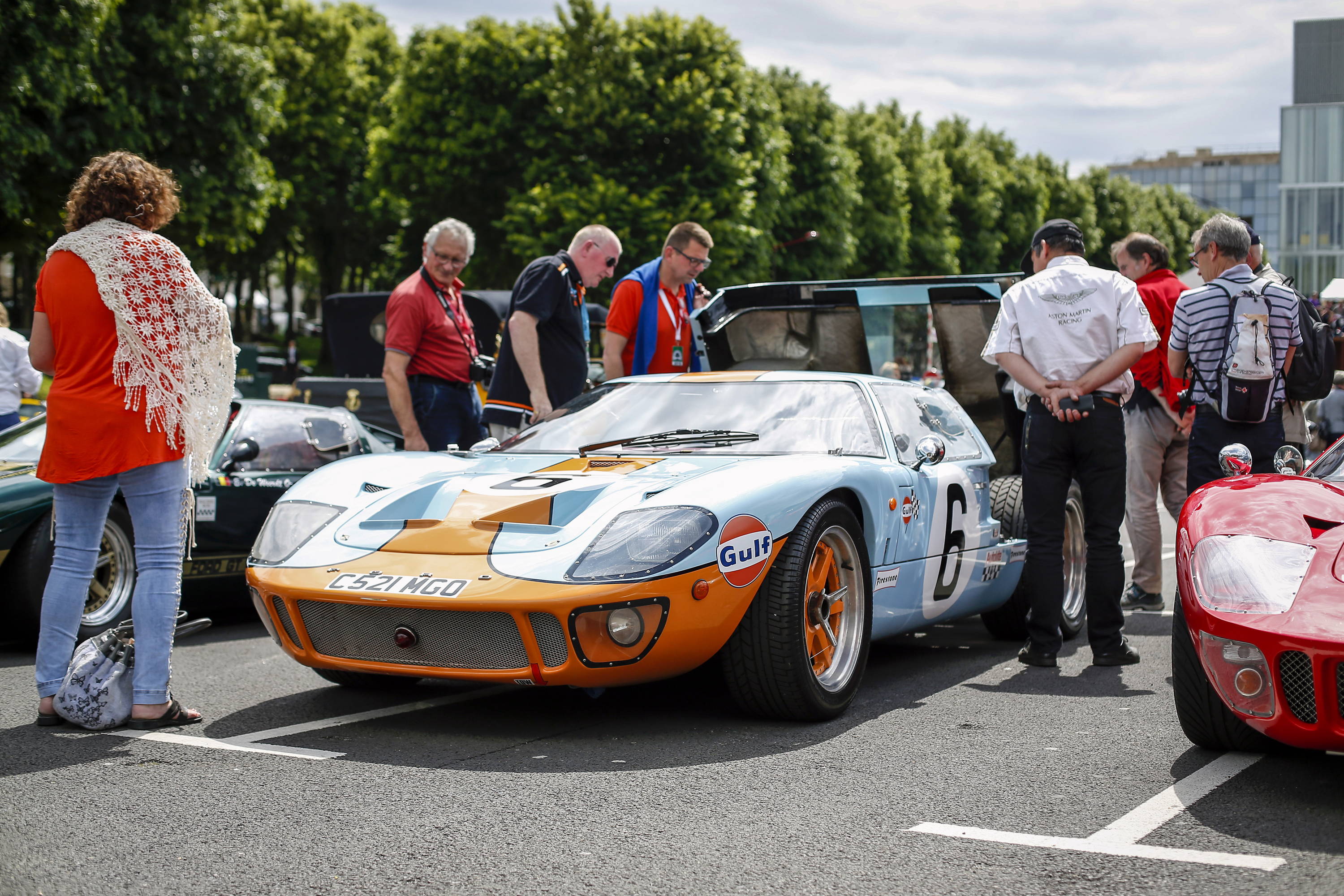 The GT40 programme was overseen by legendary team manager John Wyer and it is incorrectly assumed that the “JW” in the JW Automotive team name referred only to him. In fact, JW also referenced John Willment, a British entrepreneur, who owned one of the largest Ford car dealerships in the UK in the Sixties and set up JW Automotive Engineering with Wyer. In 1969, the GT40 was coming to the end of its competitive life, so Wyer switched allegiance and indeed the Gulf Oil paint scheme to the Porsche 917, possibly the most famous sports prototype racing car of all time. This was effectively the Porsche factory team and with a mix of Formula 1 drivers and sports car specialists at the wheel, the marque won nine races in 1970 and eight the following year. Cementing the Gulf Oil Porsche’s status as the King of Cool was the Steve McQueen film “Le Mans,” in which his character, Michael Delaney comes second in the 24 Hour classic at the wheel of a Gulf Porsche. 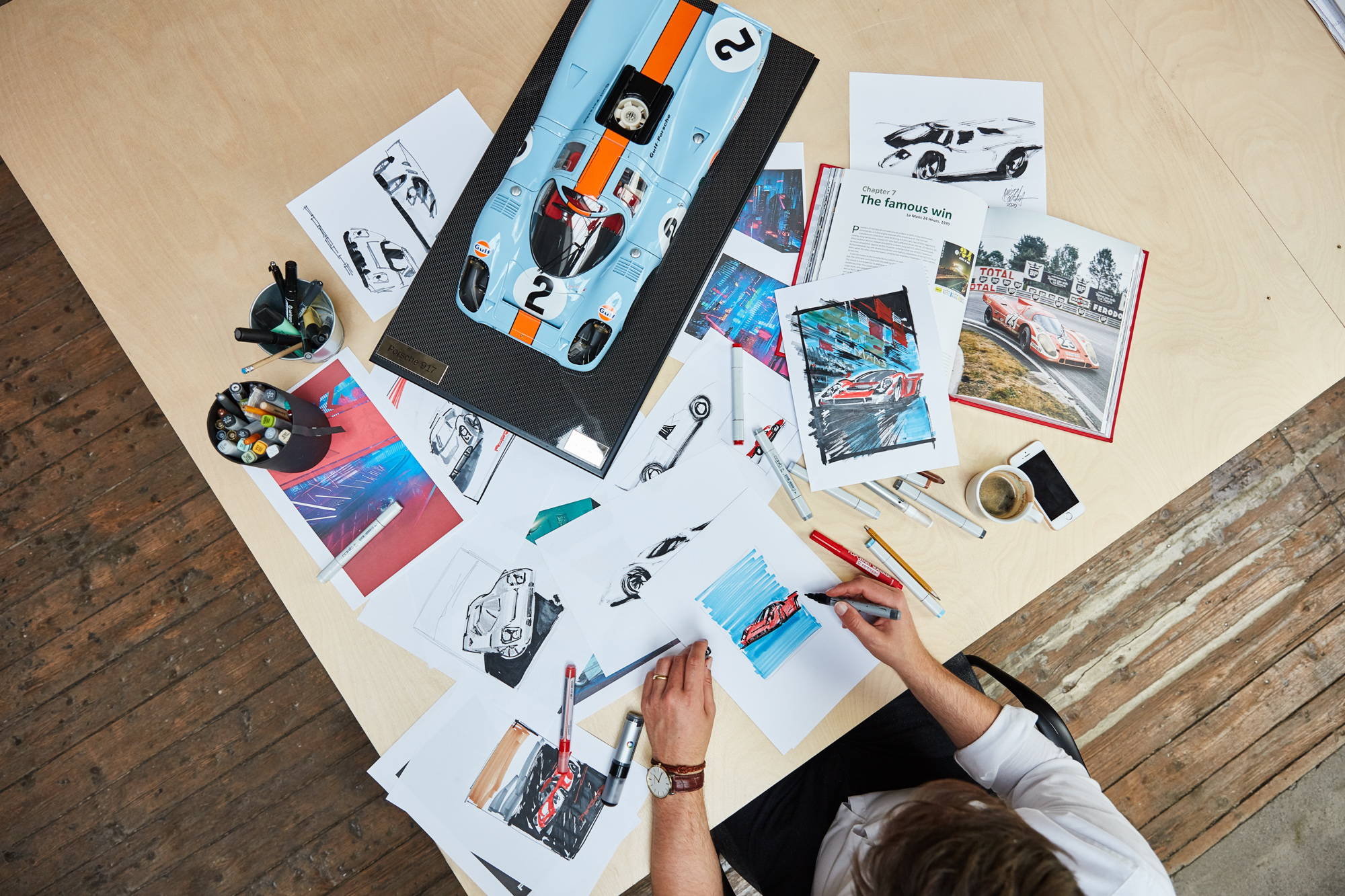 Gulf has been associated with several brands in motorsport racing in iconic colours. 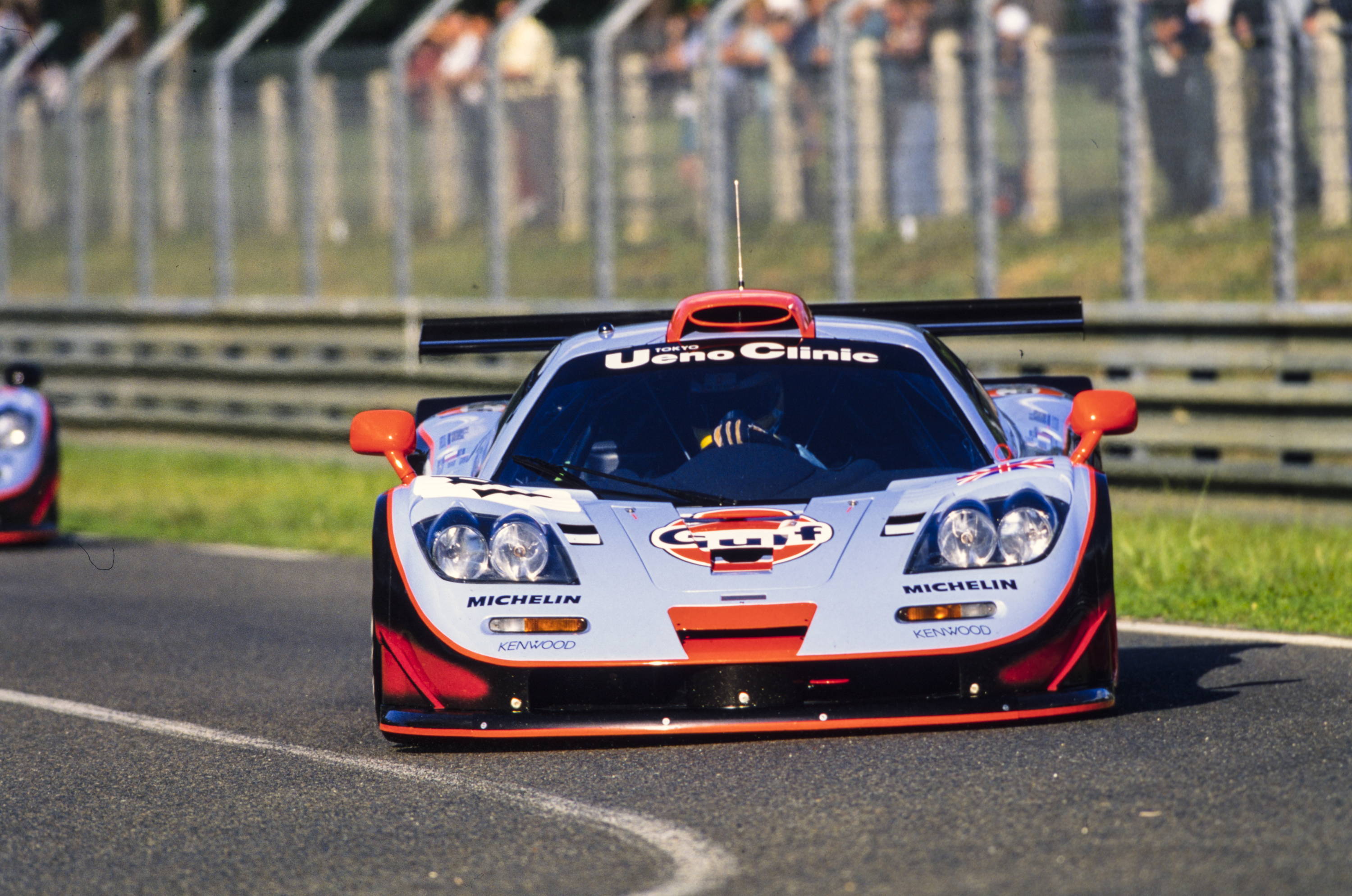 The Cool factor is one reason behind the enormous popularity of this particular livery, but it is not enough to explain why it seems to be instantly recognisable, even to non-racing folk and why its success as a merchandising tool, appearing on everything from watches to clothes to everyday household items, goes way beyond expected norms. It could have something to do with a phenomenon known as equiluminance. When two colours are equiluminant, as are the two Gulf colours, the eye struggles to tell where one colour ends and another begins and it looks as though the colours are vibrating, which is why artists use equiluminant colours to convey movement. 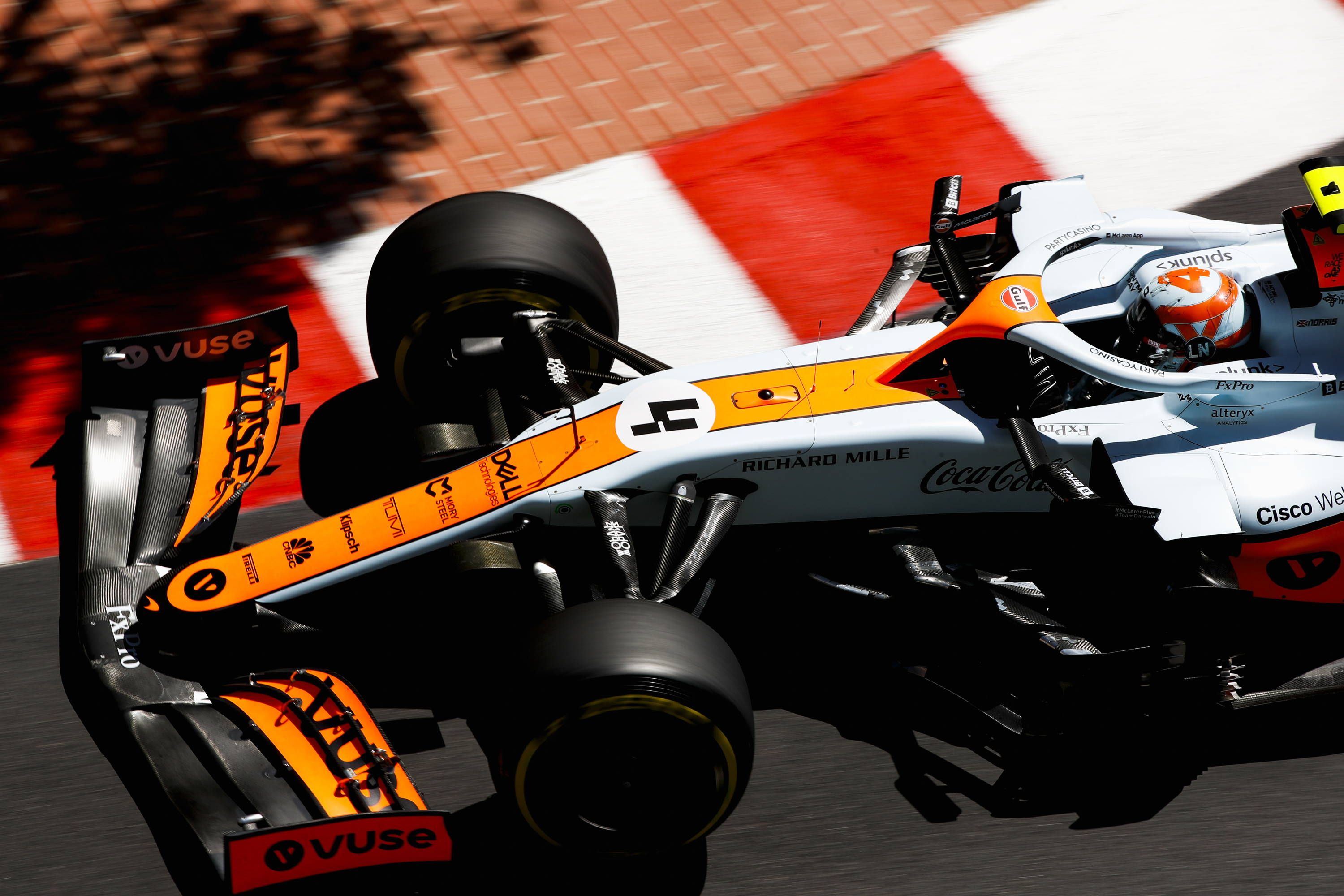 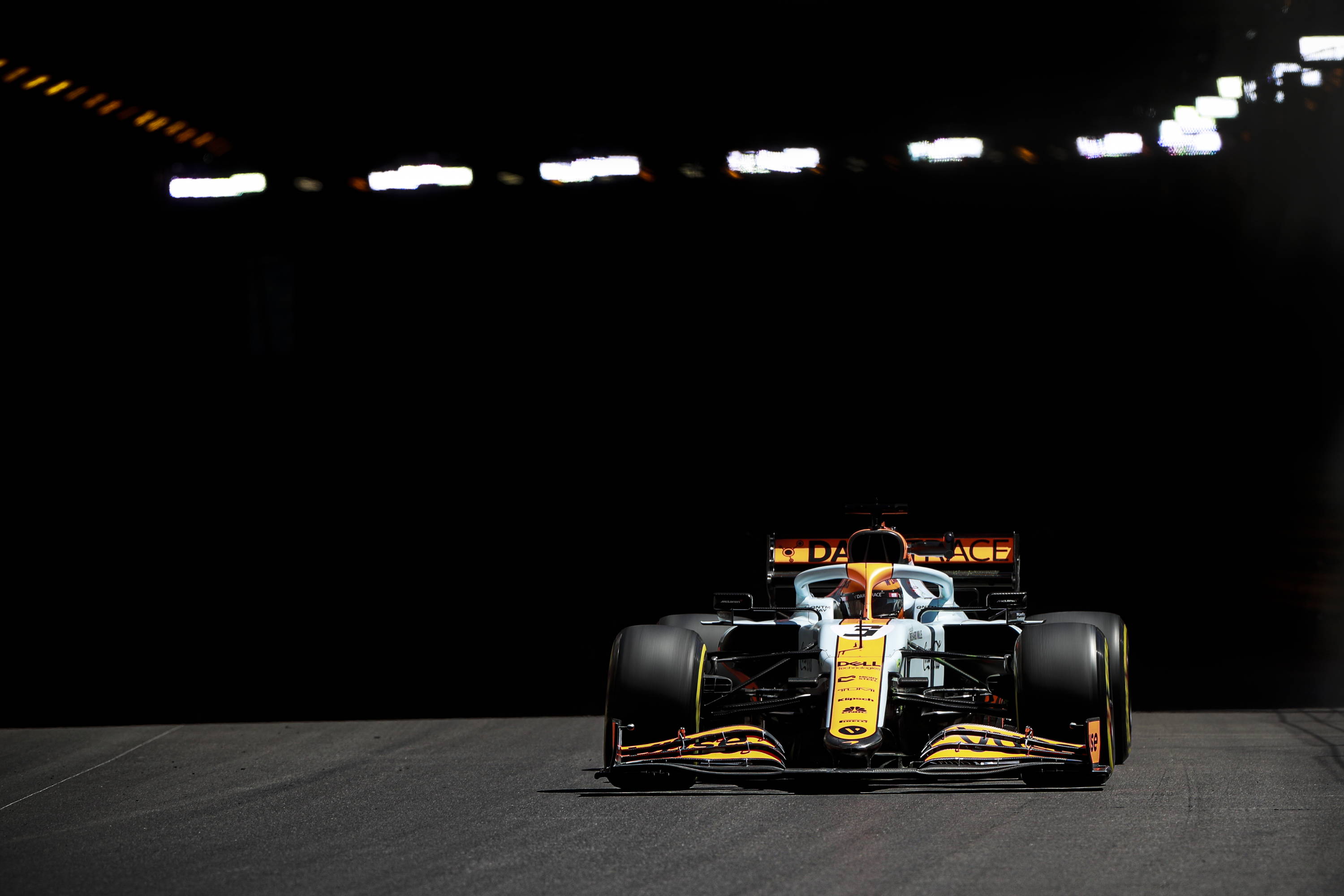 There is a simpler explanation for its success – it just looks right! When the colour scheme was first introduced it stood out in a field of rather dull and unimaginative liveries, while the beautiful lines of the GT40 and 917 cars showed it off perfectly. The livery has been well curated, with its design instantly recognisable across all the cars on which it’s been used for decades. And now, it is clearly in good hands, gracing the bodywork of the two McLaren MCL35M cars as they tackle the mean streets of Monaco in the most famous motor race in the world.