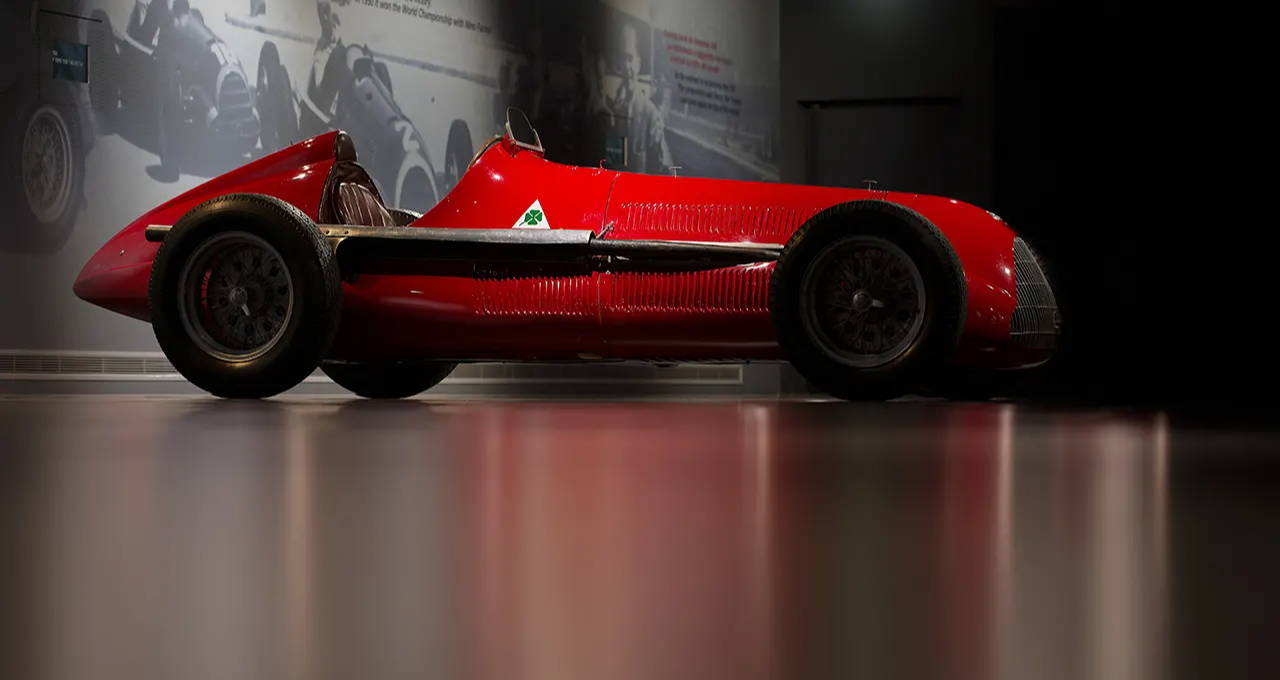 The fact that motor racing bounced back at all in the wake of World War II is surprising.

That it did so with such vibrant invention and superlative skill in so short a time frame is astonishing.

It is fair to say that the green shoots of recovery had been seeded in the final years of the pre-war decade, but while some of the 1940s great racers had sprouted a decade prior to the cessation of hostilities, the lushness of their glory years was not witnessed until the final years of the ‘40s and in just three short years at the end of that decade, the racing results were nothing short of phenomenal.

At the end of ‘30s new business in aviation and heavy goods vehicles elevated Alfa Romeo’s fortunes to the degree that it committed to an attempt to design and build a grand car prix that would match the success of its sports cars. The result was the GP Tipo 158, quickly dubbed the ‘Alfetta’. Featuring a straight-eight engine, twincam valve train and a fuel system featuring a Roots supercharger, the first version put out 195 hp which by the eve of the war had increased to 225 hp.

The 158 debuted with the works Alfa Corse team at the Coppa Ciano Junior in August 1938 at Livorno, Italy, where Emilio Villoresi took the car's first victory. Further success came at the Coppa Acerbo and the Tripoli Grand Prix in May 1940 before the conflict stopped all competition. The Alfa Corse outfit was forced to hide all its cars in Melzo, near Milan, under a fake wood-pile on a pig farm.

It would be another seven years before the little Alfetta appeared on track again, but when it did it began a period that would see Alfa dominate the early years of Formula 1 racing. It was not without cost, however. 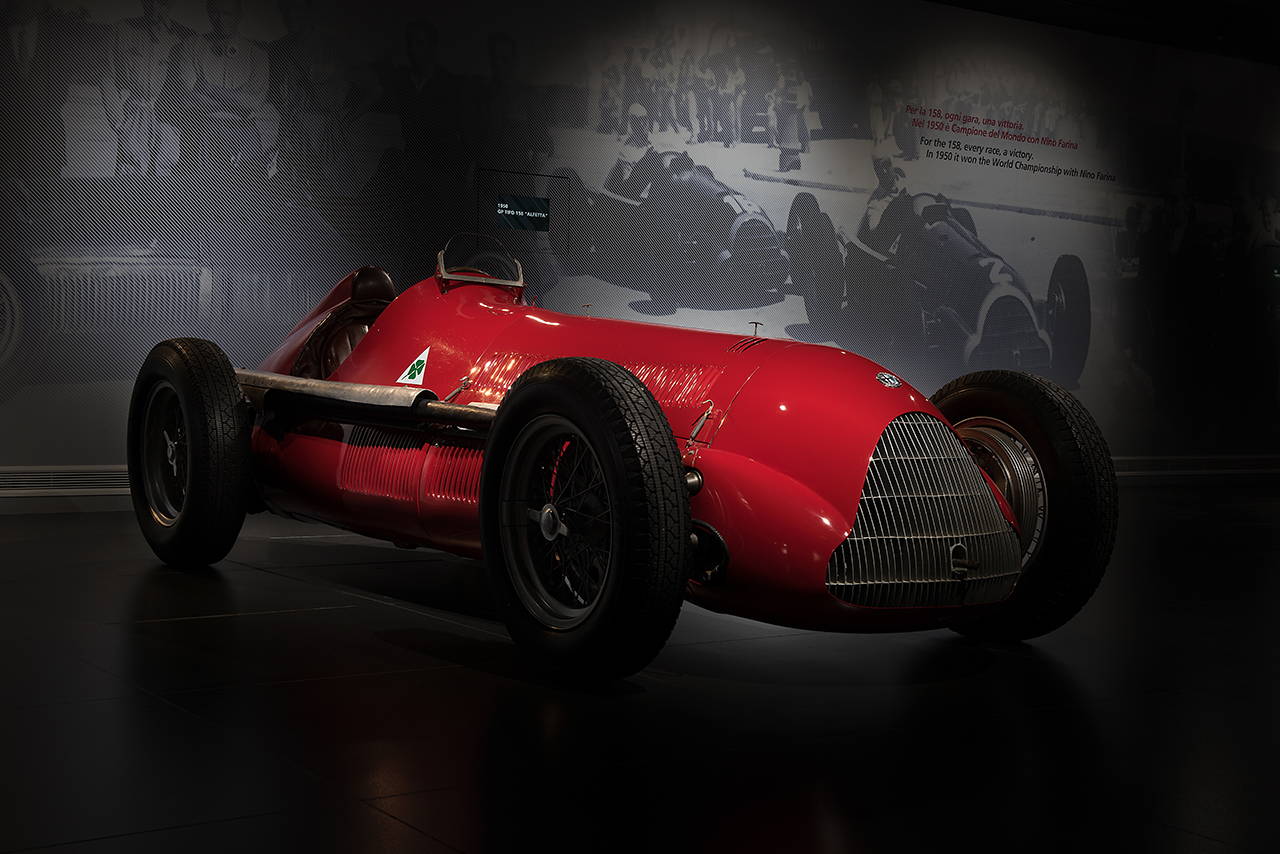 In 1947, the heavily modified Tipo 158/47, capable of generating over 300 bhp made its debut in the 1948 Swiss Grand Prix. Carlo Felice Trossi took the car to victory ahead of Alfa Corse team-mate Jean-Pierre Wimille, but Achille Varzi in a third 158 crashed and was killed. Further wins were scored at the European Grand Prix, at the Bari Grand Prix and the Italian Grand Prix in Milan’s Sempione Park in 1947 and in 1948 the 1589 won at Bremgarten, Reims, Turin and Monza. In 1949, more tragedy struck when Wimille was killed in practice for the 1949 Buenos Aires Grand Prix.

The 158 was now a proven winner, however, and when, in 1950 the Formula 1 rules in force since 1948 were consolidated into a world championship schedule, Alfa Romeo was ready. Armed with Juan Manuel Fangio, Luigi Fagioli and Nino Farina the team dominated the inaugural championship, winning every race and the following year an even more heavily developed model, the 159, took Fangio to his first title.

The Ferrari 166MM was a child of the post-war years.

The 125 might have gained Enzo Ferrari his first win as a true constructor but the 166 is where his fledgling company would properly begin his legend. The legacy wouldn’t be born on grand prix circuits, though, but rather in the classic road races and sports car events that defined continental racing in the wake of WWII. In 1948 the 166 won the Mille Miglia in 1948 with Clemente Biondetti and Giuseppe Navone at the wheel. The great Tazio Nuvolari had also signed to race for Ferrari at the last minute, and even though ill-health saw him drive with a bottle of cordial tied around his neck to alleviate chronic respiratory problems, the Flying Mantuan led for long periods before his 166 suffered worse health problems and expired. Biondetti, stunned at having defeated the famous Nuvolari, began his address at the award’s dinner by saying ‘Excuse me for having won…’ Biondetti returned the following year to score another famous Mille Miglia victory, one that would kickstart an incredible for Ferrari and 166. 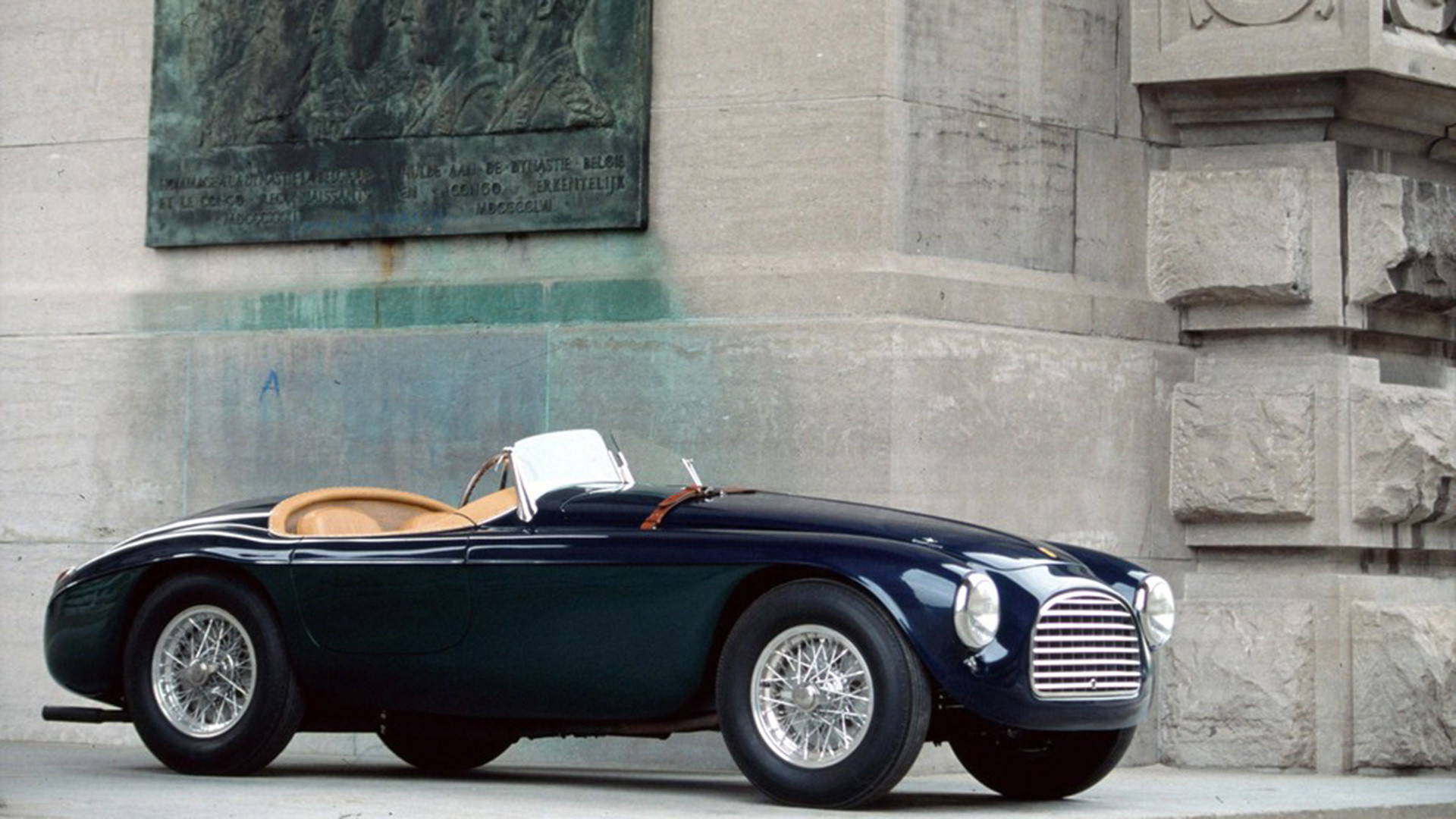 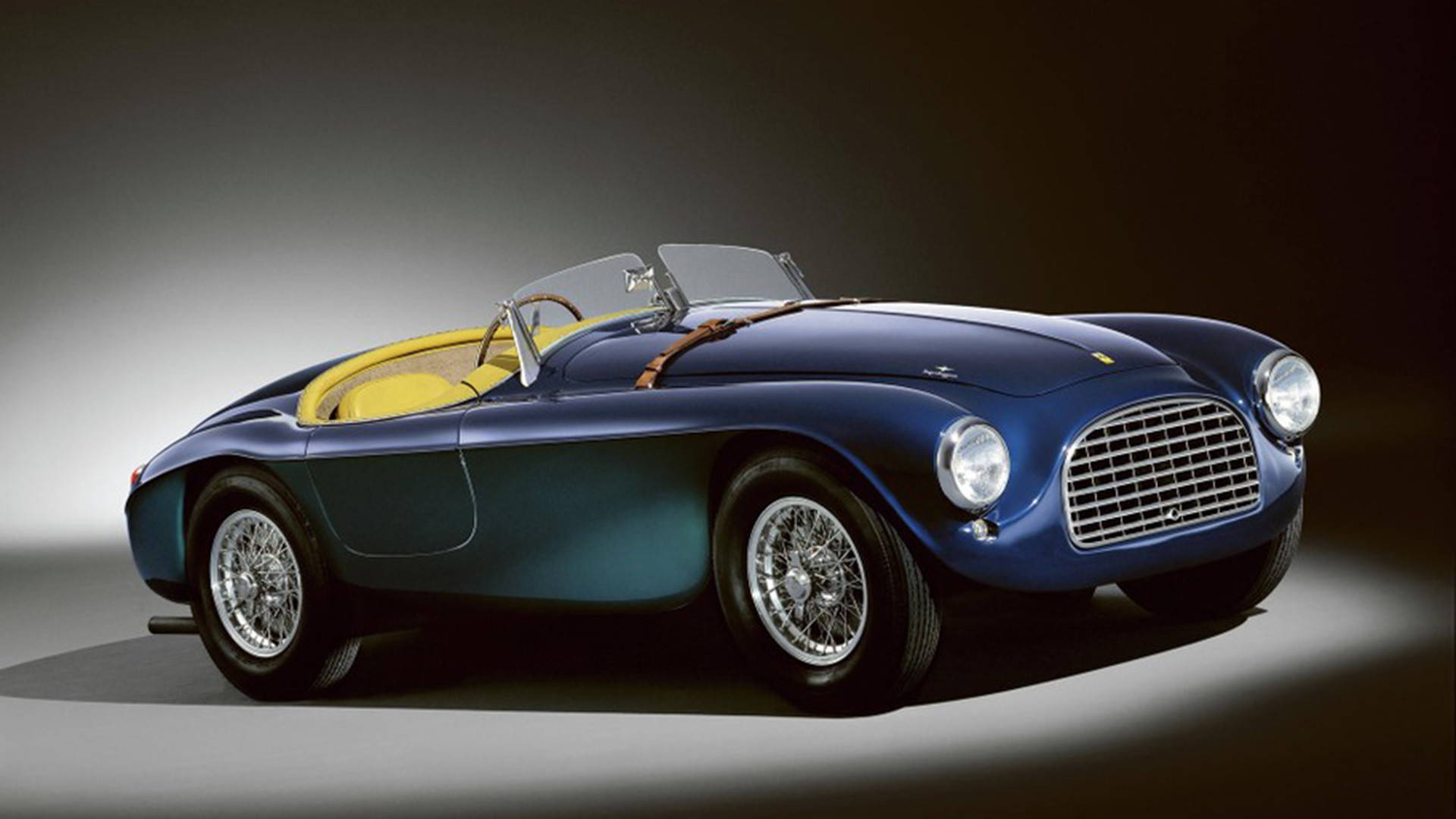 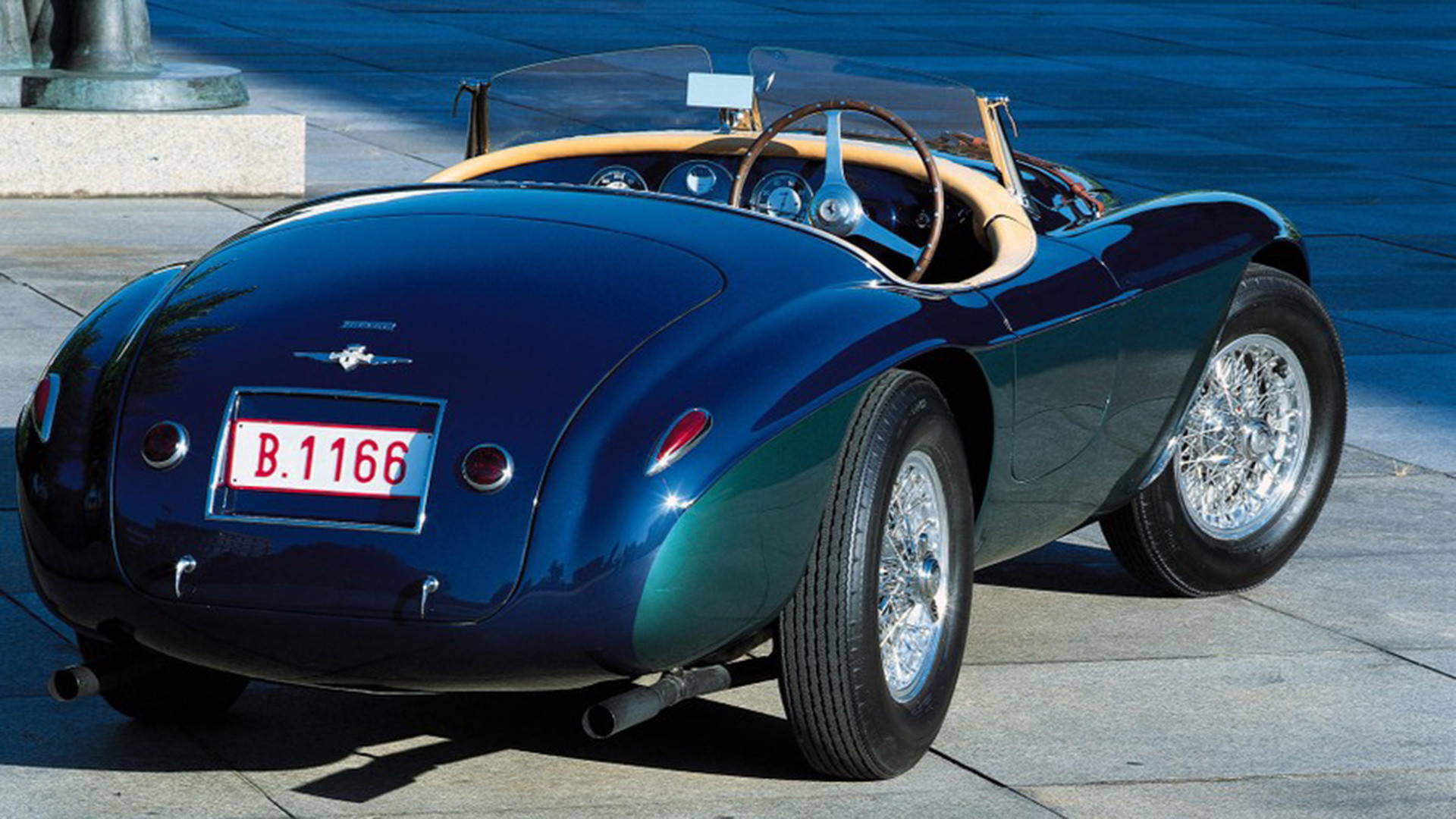 A few months after Biondetti’s Mille Miglia win, the car was sold to British aristocrat Lord Selsdon. His intention was to take the car to the first Le Mans organised since the war and to shoulder the burden of the driving duties he chose a man who would look large in the Scuderia’s story over the coming years – Luigi Chinetti.

Chinetti would later become Ferrari’s US agent and would go on to found Ferrari’s NART (North American Race Team) squad, but in 1949 he was an Italian-born, American resident racer, possessed of a frightening determination. So much so that at the 1949 24-hour race, and in defiance of his 47 years, Chinetti drove Selsdon’s 166 for 23 out of the 24 hours, with the car’s owner either filling in for the minimum required or too well-lubricated to take the wheel for more.

In the end, the Italian crossed the line to take Ferrari’s first win at the great race. Enzo Ferrari would go on to make a great many more hugely important racing cars over the course of his lifetime but none was as important as his 1940s masterpiece, the 166.

In 1948 the XK Open Two-Seater Super Sports as Jaguar’s XK120 was originally known made a sensational debut at the 1948 Earls Court Motor Show. Fast and fabulously beautiful the XK120 captured the imagination of the media and ordinary man in equal measure. 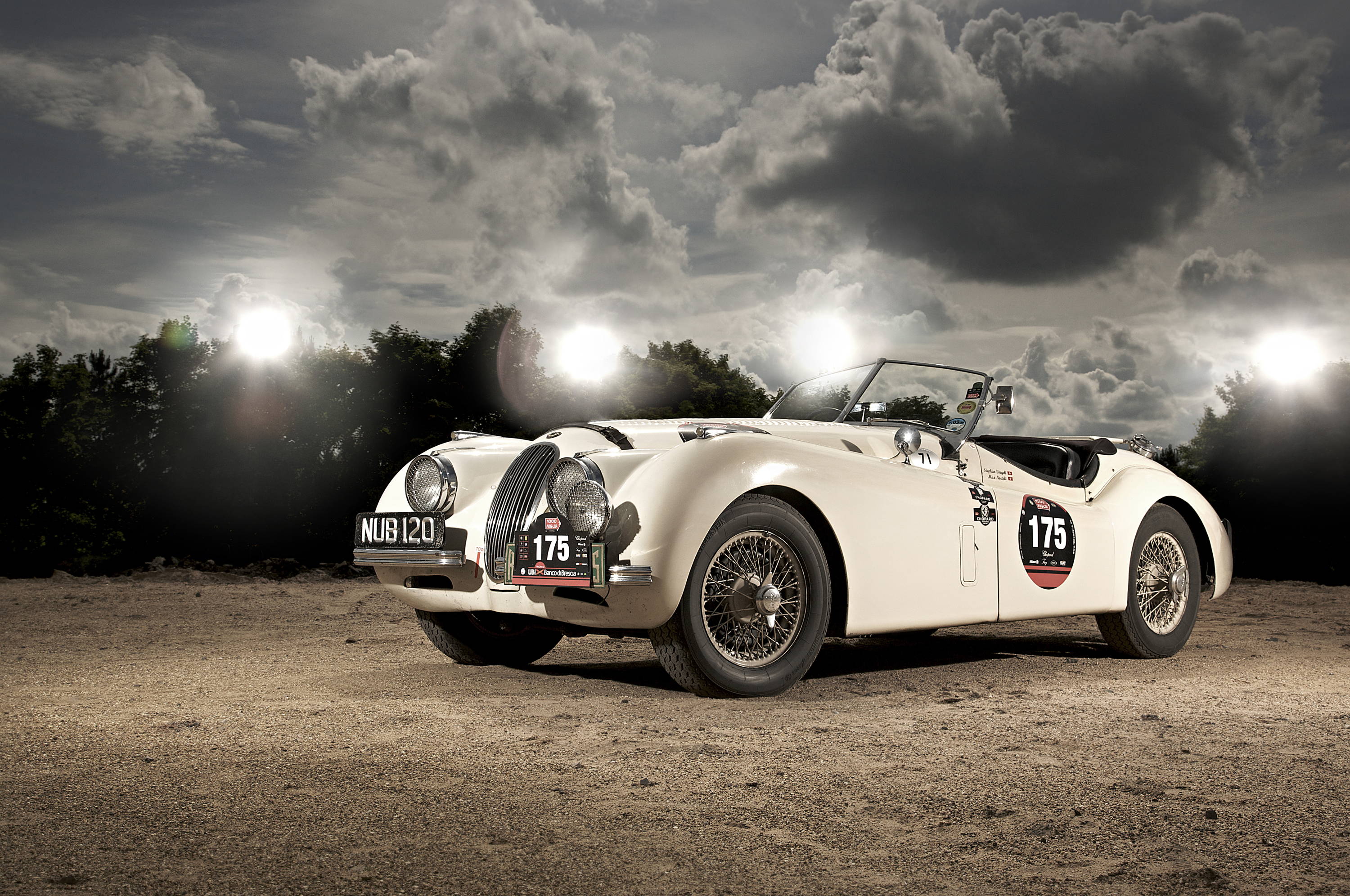 Priced at a relatively affordable £998, there was nothing approaching its specification or performance for the outlay. Featuring a neat double-overhead cam in-line six cylinder engine that would propel to its titular 120 mph the Jaguar was enormously attractive to racing drivers. Drivers such as Biondetti and Ian Appleyard were among the first to be seduced, with Appleyard taking an International Alpine Rally hat-trick from 1950-52 along with RAC and Tulip Rally honours in 1951.

In 1951, it scored its biggest win, at Le Mans. After finishing fourth in 1950 the XK120’s 3.4-litre engine output was boosted to 200 horsepower. At Le Mans it appeared as the XK120C and though two of the three entries retired, Peter Walker and Peter Whitehead’s car took victory. The XK120 gave Jaguar a huge boost as the first British car to win at Le Mans for 20 years.