The world’s economy was not in great shape in the 70s and after the “peace and love” of the 60s, this decade was a more dour affair, with the rise of political corruption (Watergate) international terrorism (the Munich Olympics massacre) and a global oil crisis that caused problems for all the English based F1 teams when the three day working week was imposed on the UK.

However, Formula 1’s ability to sail the stormy seas of crises meant that it actually turned out to be one of the best eras in terms of the racing and the quality of the drivers on the grid. Most significantly, the sport had become something of a one-make series in terms of the engines, as all the major teams, with the exception of Ferrari, used the Ford Cosworth DFV three litre V8. Formula 1’s third decade, the 70s, saw commercial sponsorship really take off, so that a rather exclusive minority interest sport became a big business and the drivers were established as sporting superstars. 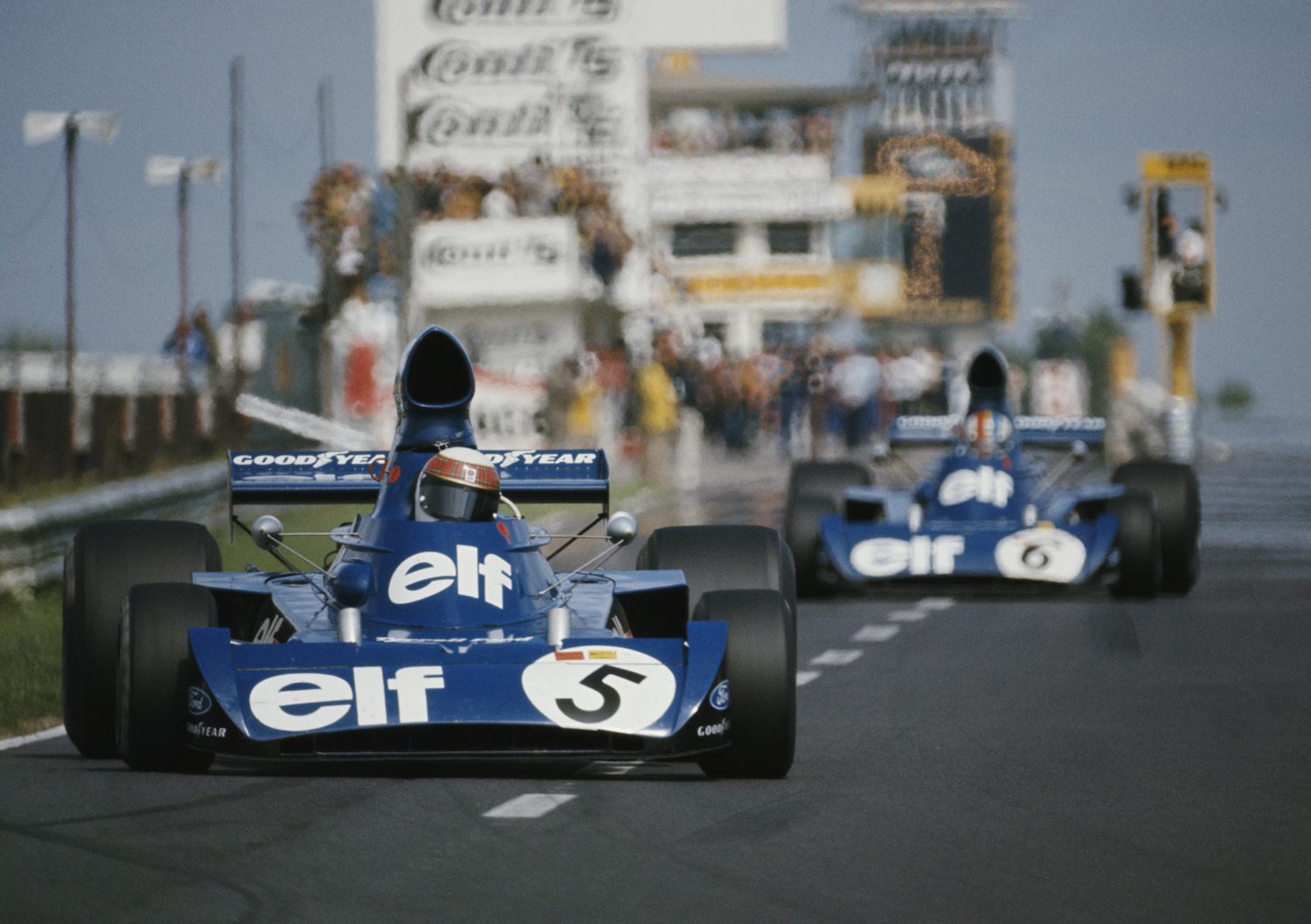 The stars of the 1973 season were Jackie Stewart and his car, the Elf Tyrrell-Ford 006 car. Ken Tyrrell was a timber merchant, who tried his hand at racing but realised he didn’t have the skill to go all the way to the top and chose to indulge his passion for the sport by running cars for others to drive. His relationship with Jackie Stewart went a long way back, when the Scotsman raced Tyrrell’s Cooper-BMCs in the 1964 British Formula 3 championship. Together, they went on to win the 1969 Formula 1 World Championship for the French Matra team and two years later the duo repeated the feat, this time with a car bearing Tyrrell’s own name.

The 006 car was designed by Derek Gardner, who had worked on developing four wheel drive systems for Matra and would go on to design the famous and revolutionary Tyrrell six-wheeled F1 car, the P34, raced in 1976. But back to the 006: it wasn’t the world’s most beautiful car, with that huge air intake above the driver’s head and a squat but purposeful short chassis, built on the then standard aluminium monocoque, with wishbone and coil spring suspension front and rear. In deference to principal sponsor, the Elf fuel company, the car was painted in French racing blue and in the hands of Stewart and his young French protégé Francois Cevert it dominated the 1973 season, having first been used towards the end of the previous year. However, as is often the case in motor sport, the tale of how a relatively small team took on the grandees of the sport to beat them and bring Stewart a third world title, is tinged with sadness. Jackie won the South African, Belgian, Monaco, Dutch and German Grands Prix and clinched the title in Italy in September, with the Canadian and USA races still to go. At the final round, Cevert was killed during Saturday’s practice, Tyrrell withdrew the team from the event, thus handing the Constructors’ title to Lotus and Stewart would never race in F1 again. In fact, the Scotsman had already taken the decision to hang up his helmet at the end of the year before that fateful day, but by not starting that final race, he missed out on what would have been his one hundredth Grand Prix participation.

Stewart went on to become the most articulate campaigner for safety in motor racing. It’s amazing to think that his laudable attitude came in for criticism at the time, when one considers that in the Seventies, a total of nine F1 drivers were killed from Jochen Rindt at Monza in 1970 to Ronnie Peterson at the same track in 1978. 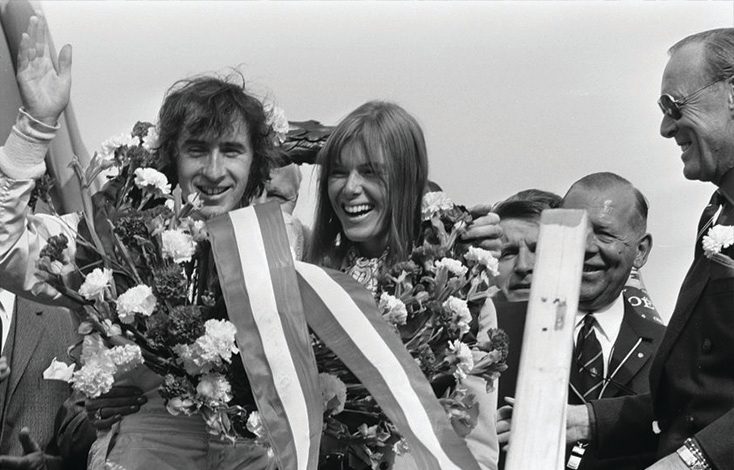 Naturally enough, Tyrrell had a mountain to climb in 1974, without Stewart or Cevert, but it managed to win two races that year, although it would never be a serious title contender again. It took its last ever win at the 1983 Detroit Grand Prix, also the final F1 victory for the Cosworth DFV engine, with Michele Alboreto at the wheel. In 1997, Tyrrell sold his team to British American Tobacco, who, from 1999, raced as British American Racing. That lineage continued as the Brawn GP team that won the championship in 2009 and then on to the current hugely successful Mercedes team, so not a bad track record for a small team that started out in a timber yard in Surrey!

As for “Uncle Ken,” as Tyrrell was affectionately known throughout the F1 paddock, he passed away at the age of 77 in 2001. Who better to sum him up than Sir Jackie Stewart: “He made a great contribution to British motorsport and was a man of the highest standards of integrity and ethics.”