Postponed events can only mean one thing… an opportunity to look back at old editions and celebrate the moments that make a sport, special. With 24h Le Mans currently scheduled for later in the year, we drive back in time to 17-18 June 1995, to a McLaren domination of the racing format and 25 years of the McLaren F1 GTR notching up a special win.

But first, a bit of background to provide some context to our story.

McLaren’s first ever road car, the McLaren F1 was unveiled on 28 May 1992 at Monaco’s famous Sporting Club during the Monaco F1 Grand Prix weekend, the race being won by Ayrton Senna, at the wheel of a McLaren-Honda. Its chief designer was Gordon Murray, the architect of so many of McLaren’s great F1 cars. Legend has it that Murray was with team boss Ron Dennis at Milan airport, waiting for a flight home after the ’88 Italian GP, infamous as the only race the team did not win that season and suggested that they should build the ultimate road-going three-seater sports car, with the driver seated centrally, slightly ahead of two passenger seats on either side. 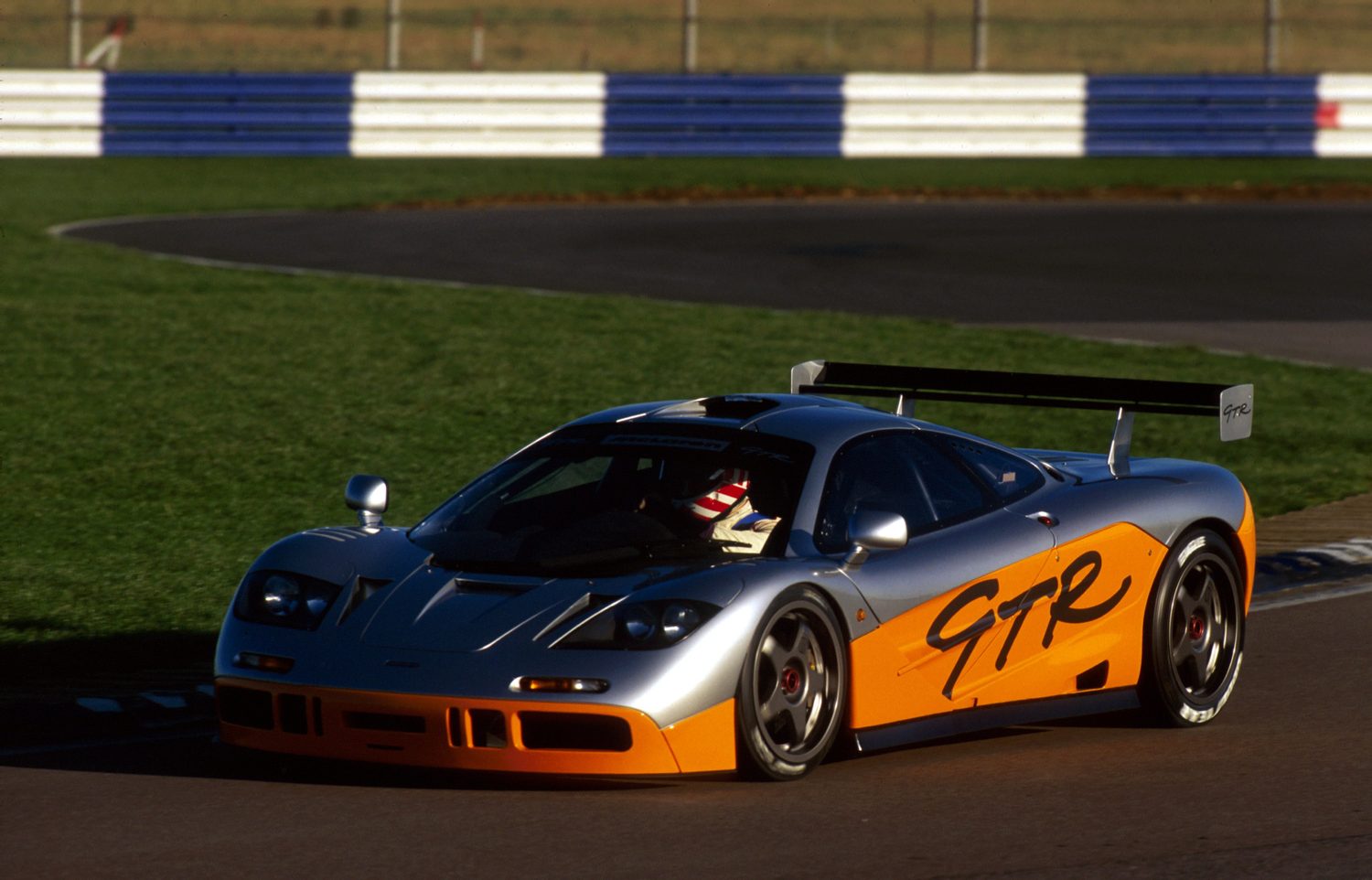 The McLaren F1 was true to its name and was one of the first road cars to use a carbon-fibre monocoque chassis. Because of the McLaren F1 tie-up with Honda at the time, the Japanese manufacturer was approached about providing a powerful normally aspirated engine for the project, but it wasn’t interested and in the end, BMW produced a V12 putting out over 600 horsepower.

It was privateer sports car racing teams who asked McLaren to produce a race version of the McLaren F1 to be used in endurance racing and more specifically, the Le Mans 24 Hours. At first their requests fell on deaf ears, but with racing at the core of everything McLaren did, they eventually decided to press ahead. It was an interesting challenge for a race car manufacturer more used to tackling the 90 minute sprint of a Formula 1 Grand Prix. 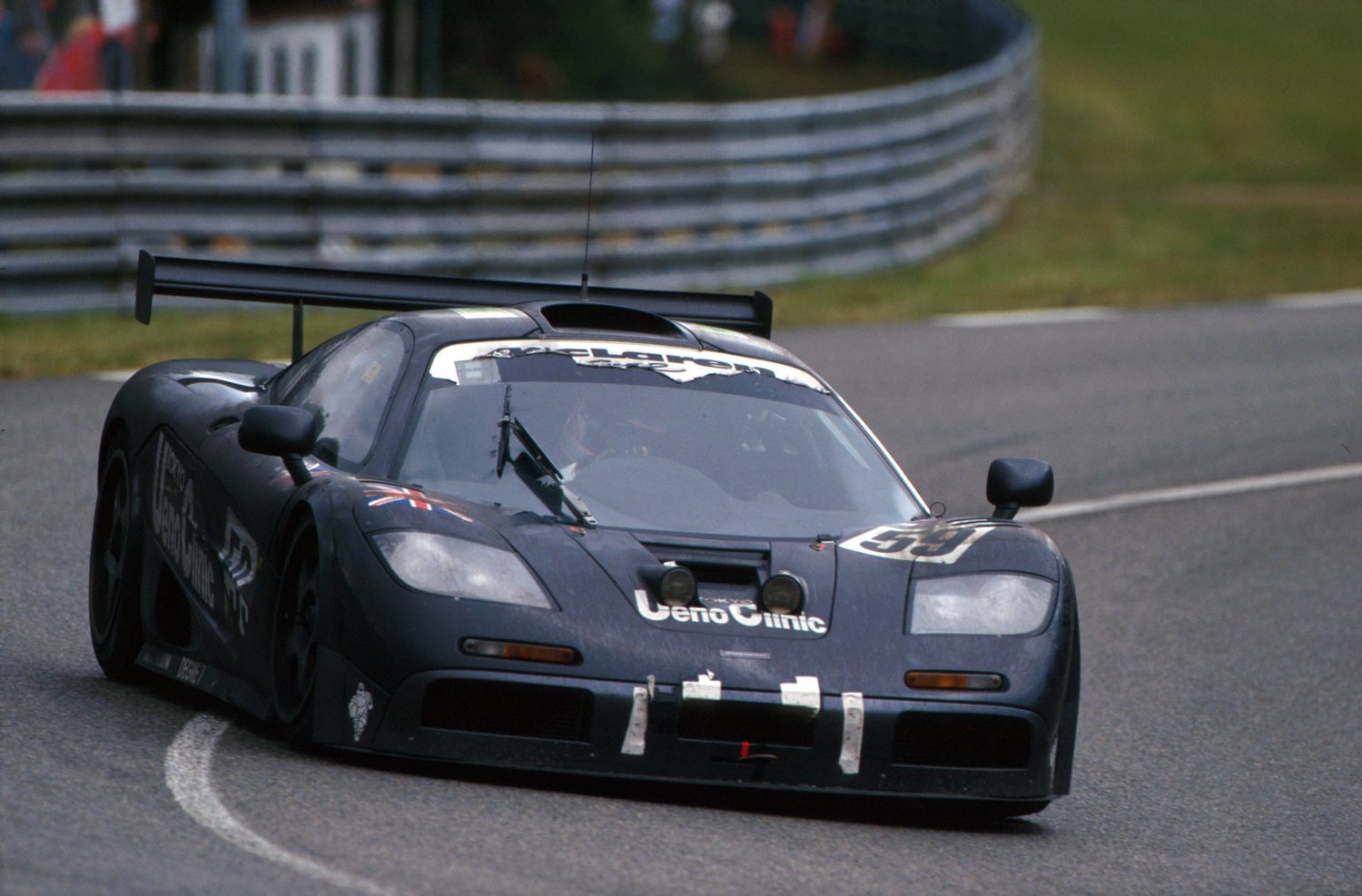 Because the original road car owed much of its design to racing, converting the McLaren F1 into the McLaren F1 GTR was not too complex: cooling ducts, a large rear wing, carbon brake discs and other racing components were added, while the interior was stripped of all its luxury appointments including the air conditioning! The central seating position for the driver was retained as were the upward opening doors. Over the next couple of years, the car was further modified to remain competitive, racing in the BPR Global GT series, the FIA GT Championship, the All Japan Grand Touring Championship and of course the Le Mans 24 Hours.

Le Mans would be the equivalent of tackling an entire F1 season in one race. But in its first appearance at the endurance blue riband event in 1995, a McLaren F1 GTR won the race outright!

In case you are not too familiar with Le Mans, the race is open to several different classes and the McLaren would race in one of the GT categories. The overall winners usually came from the ranks of what used to be known as Sports Prototypes, massively powerful purpose-built racing cars that were as terrifying to drive as they were terrific to watch. 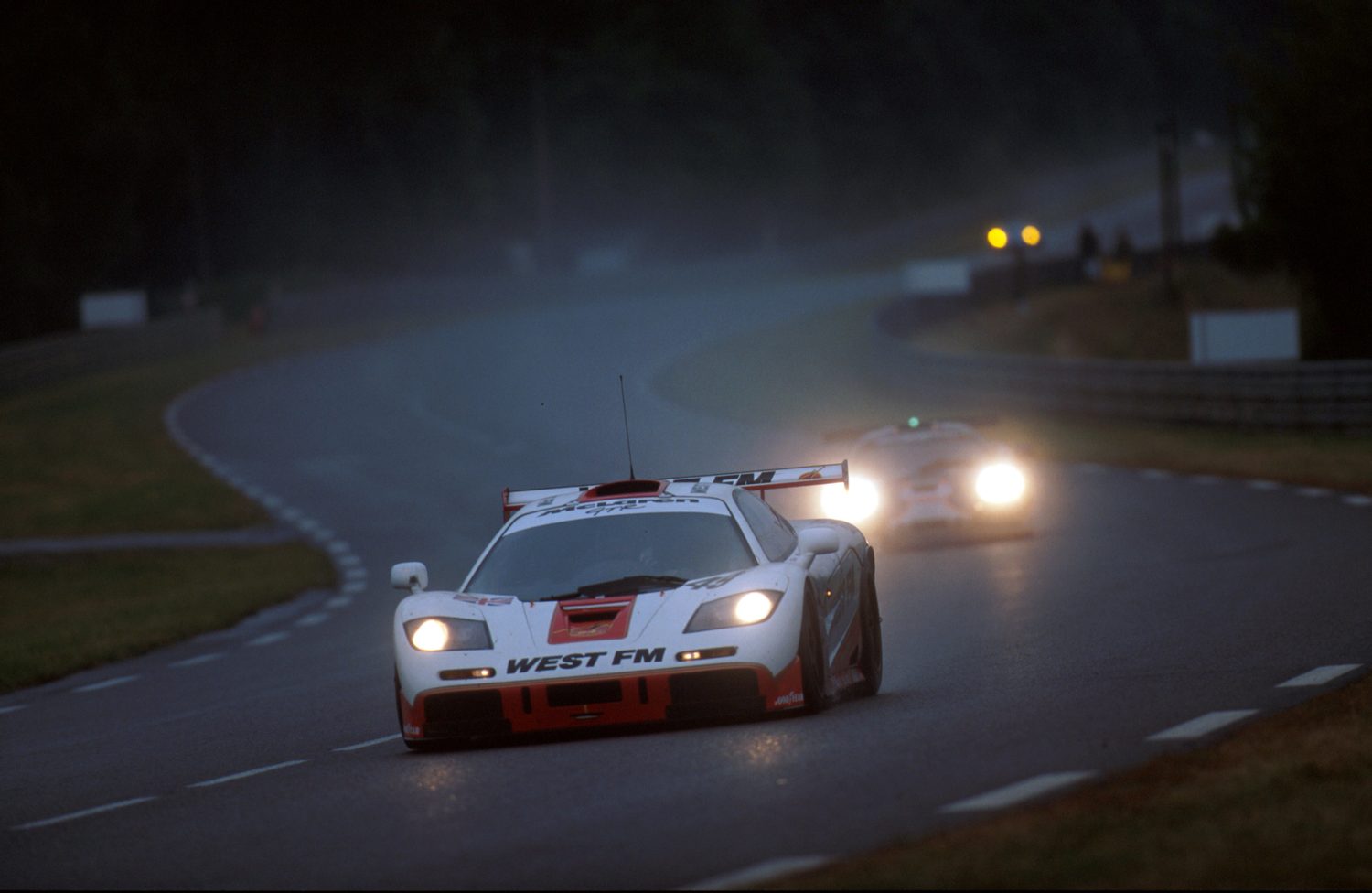 But that year, the weather played its part: it was dry for the start but then rain arrived, followed by more rain and fog and yet more heavy rain. The favourites all fell by the wayside and gradually, the team running the number 59 car began to think of victory. After all they were driving a sort of road car, so the electrics would work even when soaked, the engine was tuned for driveability in wet conditions and the car’s one weak spot, its synchromesh gearbox, was given an easier time than if it had been dry.

Then there was the well chosen trio of drivers: Frenchman Yannick Dalmas had already won Le Mans twice before – he would win it a total of four times, then Japan’s Masanori Sekiya was a safe pair of hands in the treacherous conditions and Finland’s F1 ace, JJ Lehto, with virtually no endurance experience, proved blisteringly fast. The win shocked the racing world and just to ram home the message, McLaren F1 GTRs also finished third, fourth, fifth and 13th.