Story: One small step for man, one giant leap for mankind

"That's one small step for man, one giant leap for mankind." - Neil Armstrong. First spoken over 50 years ago, these are the words that forever altered the course of human history.

On July 16, 1969, the Apollo 11 was launched into space by a Saturn V rocket from the Kennedy Space Center in Florida. Just 4 short days later, on July 20, astronauts landed the lunar module Eagle on the Moon's surface; and just 6 hours after that, Neil Armstrong became the first person to step on the Moon. It was at that moment when perhaps the most famous sentence ever spoken came into existence.

During their nearly 2+ hour mission on the Moon, astronauts went about their planned duties, including the "deployment of a Solar Wind Composition (SWC) experiment, collection of a larger sample of lunar material, panoramic photographs of the region near the landing site and the lunar horizon, closeup photographs of in place lunar surface material, deployment of a Laser-Ranging Retroreflector (LRRR) and a Passive Seismic Experiment Package (PSEP), and collection of two core-tube samples of the lunar surface." - NASA SP-214, Preliminary Science Report. 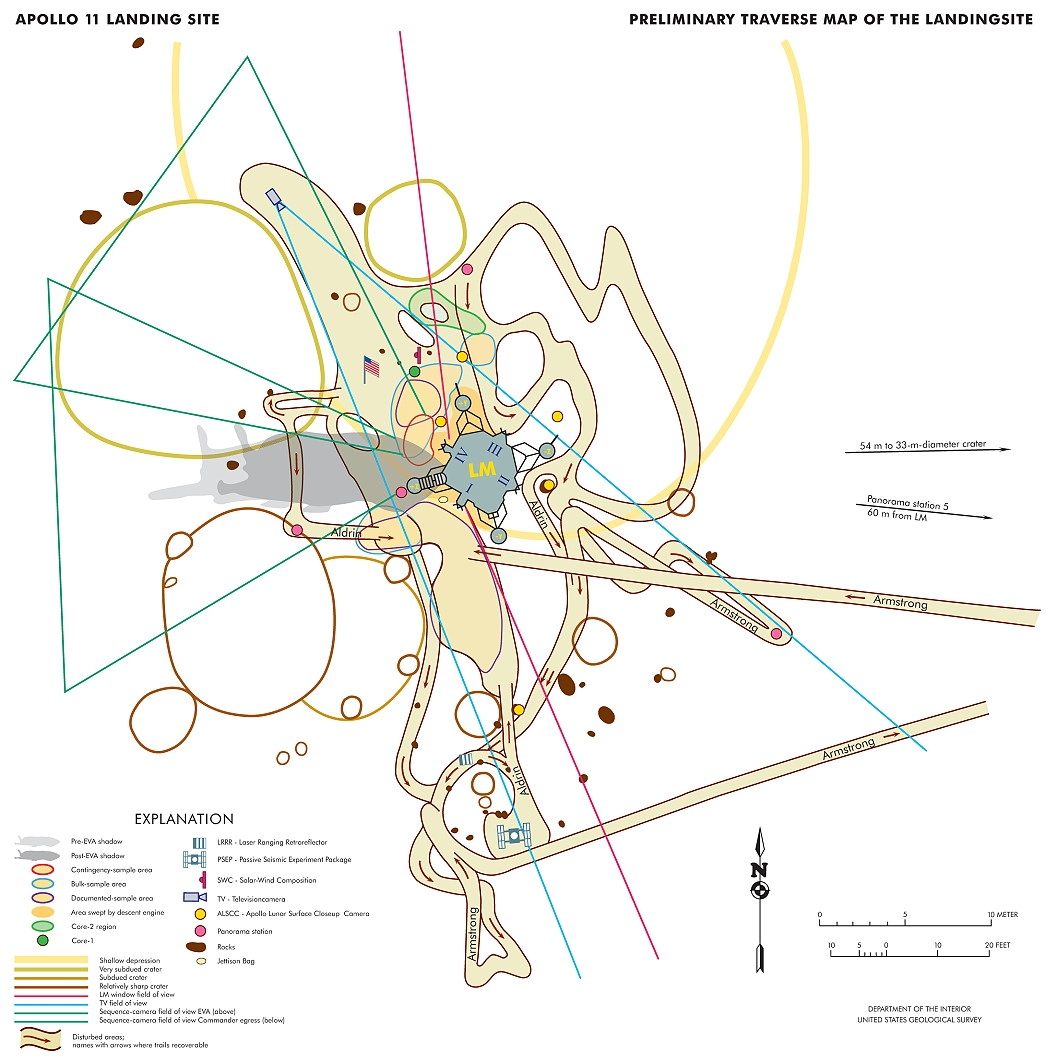 The paths that Armstrong and Aldrin took while conducting duties on the moon.

While conducting their duties they uncovered a plaque mounted on the Lunar Module bearing two drawings of Earth (of the Western and Eastern Hemispheres), an inscription, and signatures of the astronauts and then US President Nixon. It read:

"Here men from the planet Earth first set foot upon the Moon, July 1969 A.D. We came in peace for all mankind." It is for this reason that Automobilist has chosen to immortalize this historical moment - for all mankind; and the continued belief that human ingenuity can take us further than we can ever dream.

The Moon Landing 50th Anniversary Poster featuring the Apollo 11 "Eagle" Lunar Module highlights the paths astronauts took during humanity's first steps on the Moon with a layer of embossed silver foil. Each design poster is exclusively marked with a limited-edition production badge, ranging from 1 to 50.