Will this year’s new Hypercar category reinvigorate the World Endurance Championship and recapture the glory days of an era when sports car racing rivalled Formula 1 in popularity?

When Jacky Ickx and Brian Redman’s Ferrari 312PB ground to a halt with a broken conrod half an hour from the chequered flag in the 1973 Le Mans 24 Hours it signalled the end of what is often regarded as sports car racing’s golden age. By the end of that year the Italian marque pulled out of the category, and while the glamour of endurance racing was maintained by Porsche, the decade-long reign of apex predators such as the Ferrari 512, the Porsche 917 and the Ford GT40 was over. 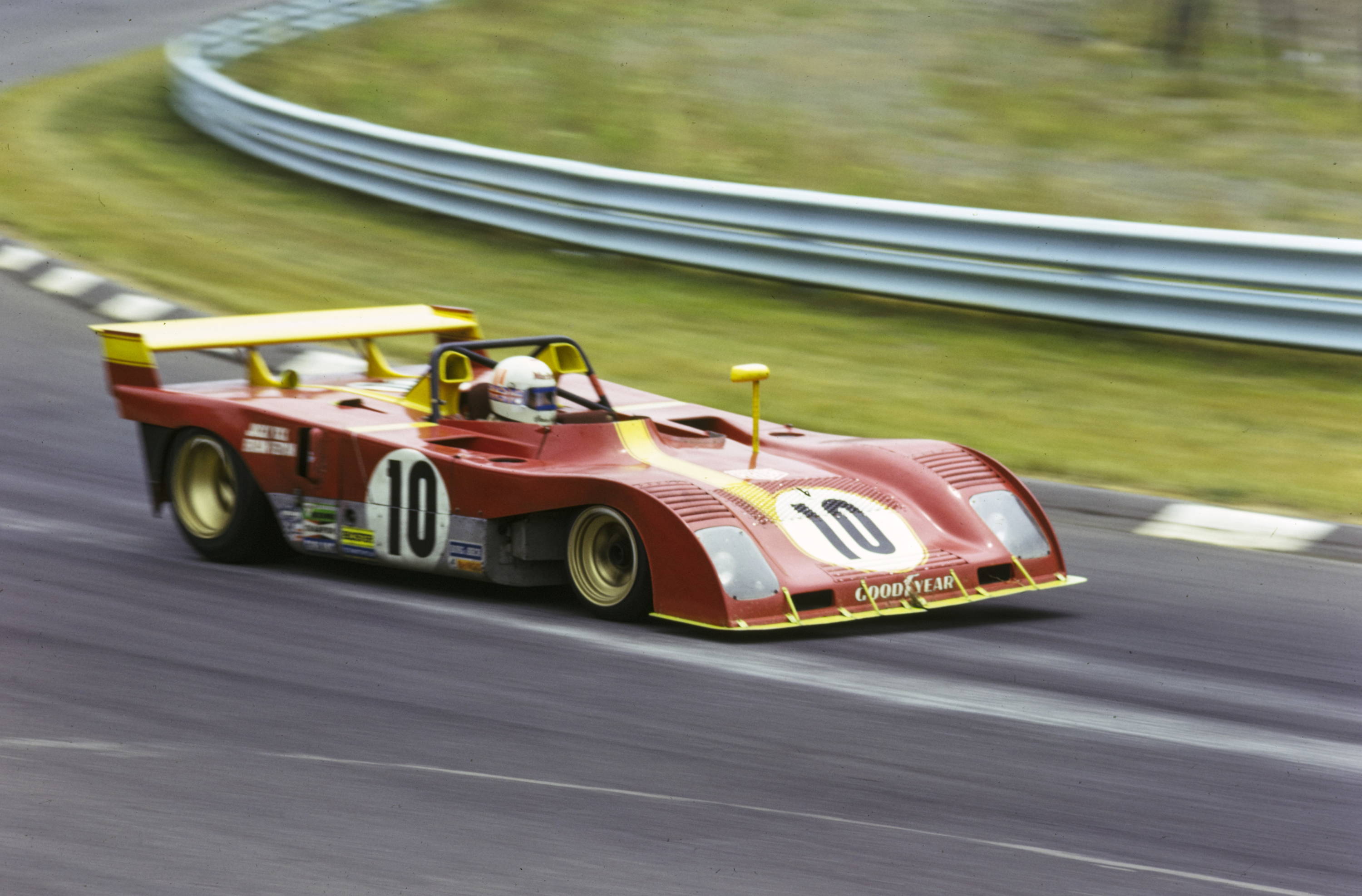 The Group C years of the Porsche 956 and Jaguar’s XJR8 and Mazda’s mighty 787B would usher in a new era of all-out technical warfare in the 1980s and early ’90 and LMP1 in its 2010s pomp (best embodied by the awesome Porsche 919) would rival that earlier age but in recent years, and with no disrespect intended to Toyota – the top class of the World Endurance Championship and at Le Mans have been something of a one-horse race.

Last week, however, things changed – considerably. Out of the blue Ferrari announced that for the 50th anniversary of its last Le Mans entry and the 100th of the event itself, it would be returning to the top class of endurance racing in 2023.

“In over 70 years of racing, on tracks all over the world, we led our closed-wheel cars to victory by exploring cutting-edge technological solutions: innovations that arise from the track and make every road car produced in Maranello extraordinary. With the new Le Mans Hypercar programme, Ferrari once again asserts its sporting commitment and determination to be a protagonist in the major global motorsport events”. So said Ferrari CEO John Elkann.

While Ferrari’s romantic tendencies make the converging anniversaries almost irresistible, it’s in the second part of his statement that the real clues to the Scuderia’s return to top flight endurance competition are provided. LM Hypercar, sporting commitment, global motorsports.

Add in the reference to road car transfer and you’re halfway to understanding that while the power madness of Group C or the flagrant disregard for budgets in peak period LMP1 failed to lure one of sports car racing’s legendary marques back to the fold, the new LMH hypercar regulations drawn up by the FIA and Le Mans organiser the ACO, have piqued Ferrari’s interest. 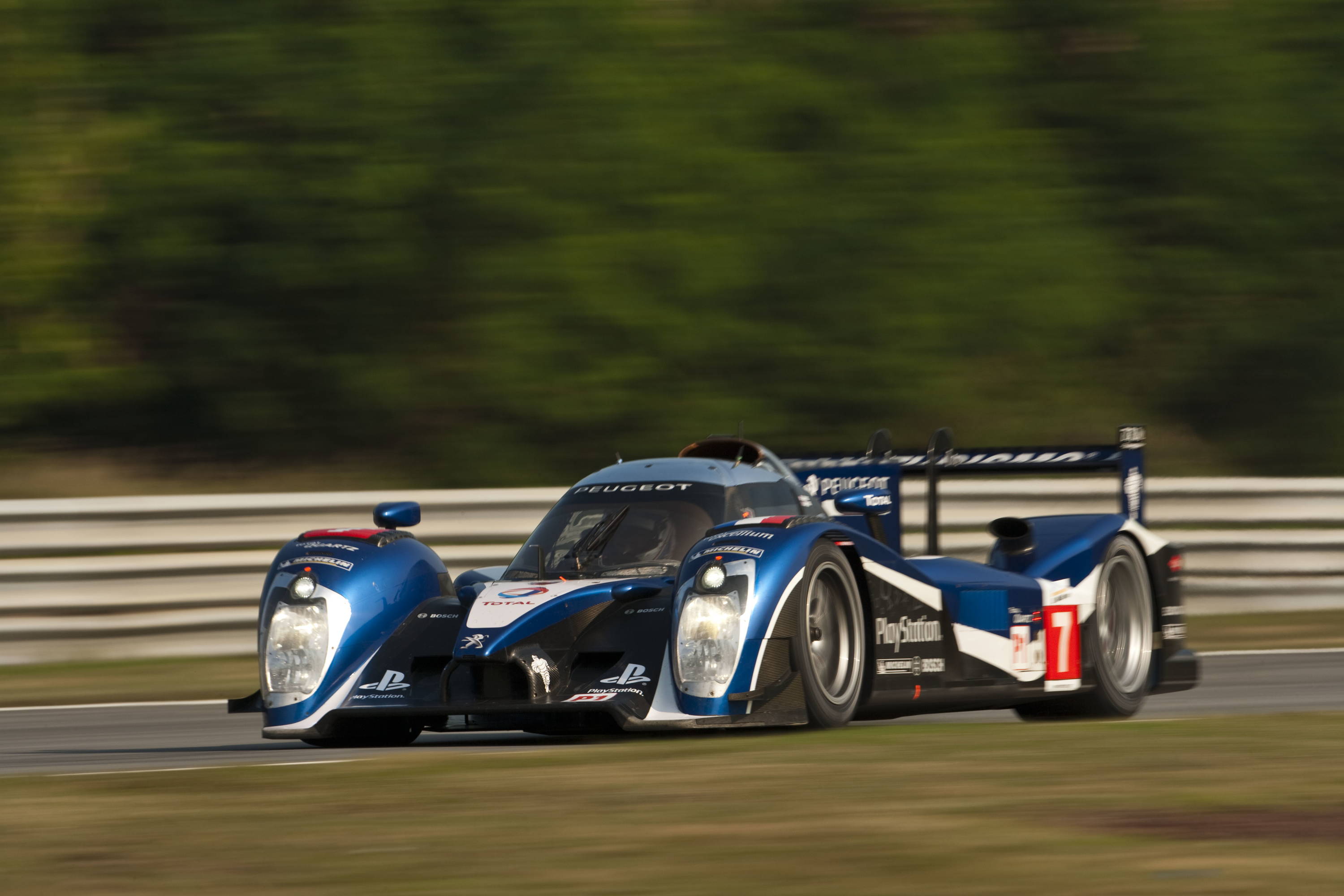 Peugeot will return to 24H of Le Mans 24 Hours in 2022 with a new 670bhp hypercar. Image courtesy Motorsport Images 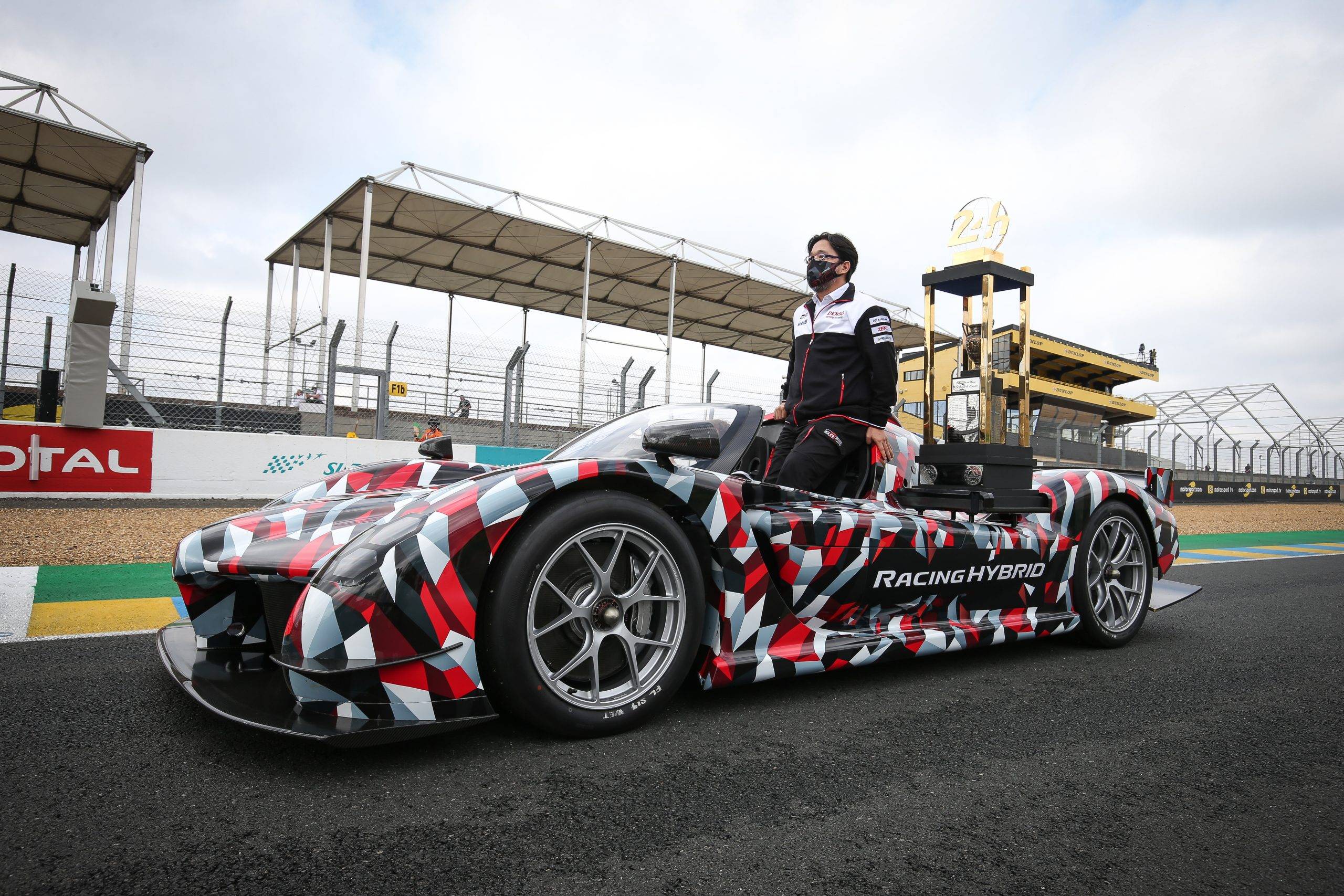 As a sign of times to come, the 24H of Le Mans trophy was delivered in 2020 on a Toyota Hypercar. Image courtesy Motorsport Images

And it’s not just the Scuderia being lured back. While Toyota will contest the inaugural LMH campaign as the only major manufacturer, with the privateer Scuderia Glickenhaus and ByKolles teams as chief rivals, the following season Peugeot (last seen at Le Mans a decade ago) will join the competition and in 2023 Ferrari be joined on the grid by Porsche, which will undertake a joint WEC/IMSA campaign.

So what is it about the new Hypercar regulations that offers the prospect of a new golden age of endurance racing featuring legendary marques, strong manufacturer presence and glamorous machinery? Toyota’s technical director Pascal Vasselon perhaps said it best at the launch of this year’s GR10 car: “The new regulations are designed to showcase road-relevant technology in WEC while also delivering a top-level, attractive spectacle.” 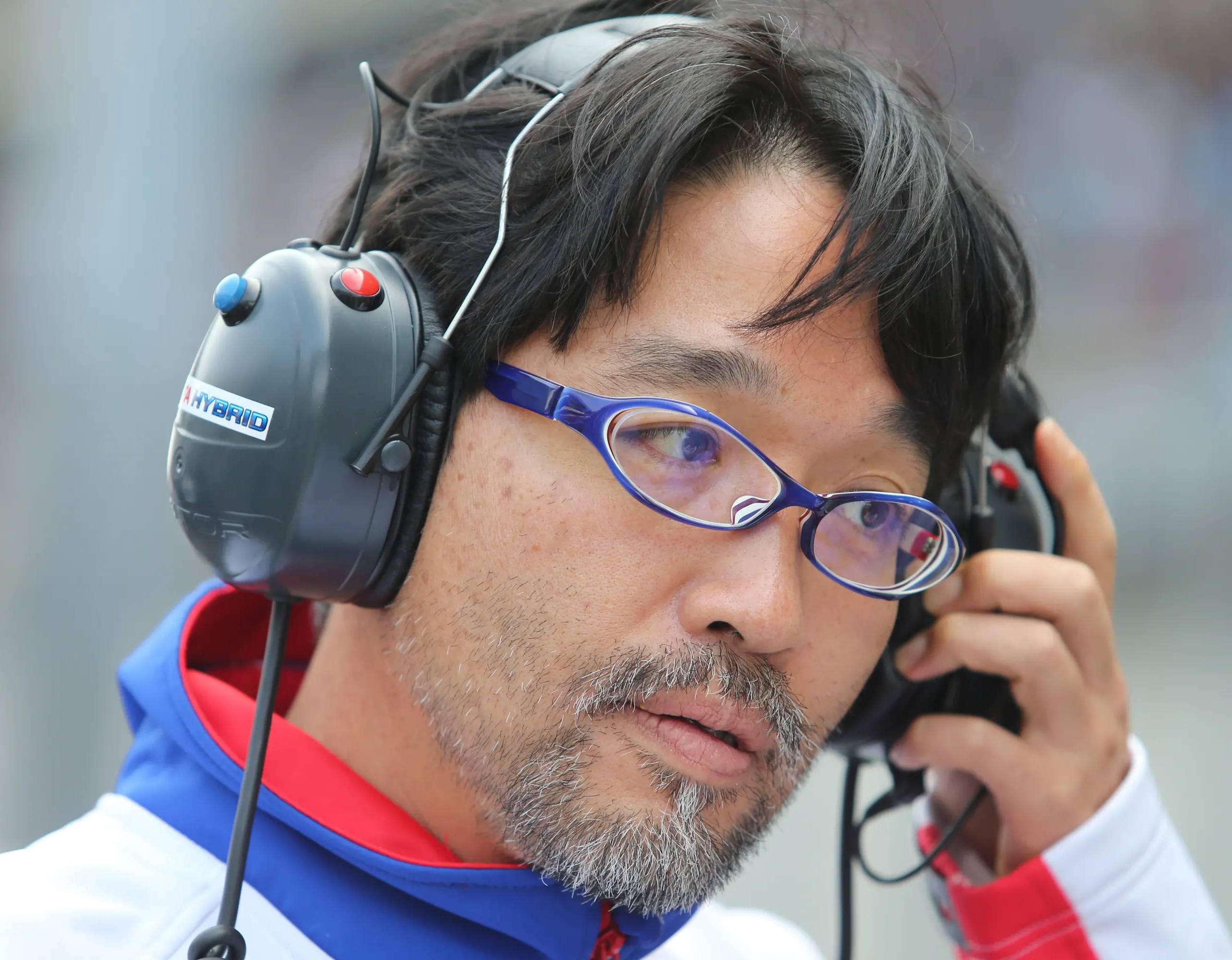 "It’s a fascinating time for endurance racing. The GR010 Hybrid is a preview of our road-going cars and what we learn on the FIA WEC race tracks will directly benefit our customers."

Inevitably there is a degree of hyperbole in the track to road technology transfer between the rarefied world of modern racing and the family runabout you’ll pilot to Le Sarthe in the latter half of this decade. However the new Hypercar class does relate more directly to road going vehicles than the current LMP1. LMH’s specialised prototypes and cars must be based around road-going vehicles, and manufacturers must build 20 production models over a two year period to be eligible. For luxury car manufacturers seeking to find a marketing edge over rivals, the old school racing prospect of ‘win on Sunday, sell on Monday’ could be reborn with the Hypercar. Widening that outlook further is the dovetailing of the LMH regs with the newly developed crossover LMDh regulations that will provide a common platform for WEC and the American IMSA competition. Being able to send the same car to Daytona in January and to Le Mans in June is an enticing offer. 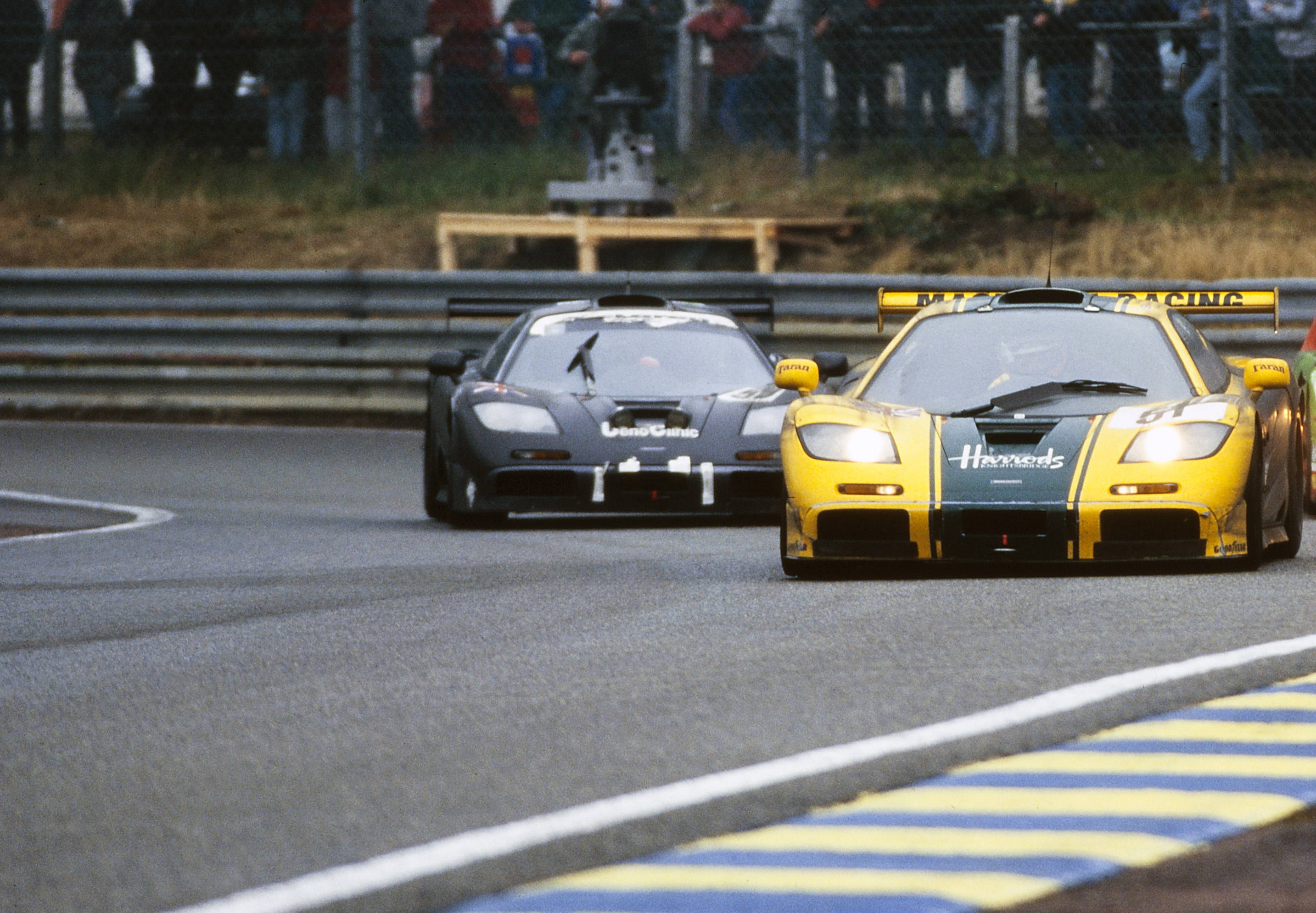 But while LMDh will carry a cost cap LMH is less restricted and is intended to offer more creative design and engineering freedom to entrants. So free in fact that entrants are allowed to make their own choices on power unit, the only proviso being that it mustn’t be diesel-fuelled. The liberty should lead to variety which will be fascinating for fans and add an element of competitive jeopardy.

Such freedom, however, comes with the risk of a runaway technical winner. To avoid a monopoly on the top step of the podium developing, the rules also provide for a Balance of Performance. This will initially cover Le Mans Hypercars and then LMDh cars when they appear in 2022. But while the technical solutions for ensuring comparable levels of performance should ensure that the series doesn’t suffer the sort of dominance seen in in F1 where Mercedes have won seven Constructors’ titles in succession, the meat of LMH’s tasty recipe lies in the promise of a contest that may shape up to be a 21st century Ford versus Ferrari, a battle in which the beasts doing battle on the track are not wholly removed from the models in the (admittedly ultra-exclusive) showroom down the road.

Certainly there is plenty of interest and four major manufacturers have already committed to the new era of endurance racing. It’s further rubber-stamped by privateers such as James Glickenhaus, who insists that the Hypercar rules have the potential to bring back that golden age. “We love the Le Mans Hypercar class,” he concludes. “We think it brings back the excitement of the days when the top Le Mans class had dream sportscar prototypes racing against each other in the top class.”

It’s a romantic notion that is hard to resist.