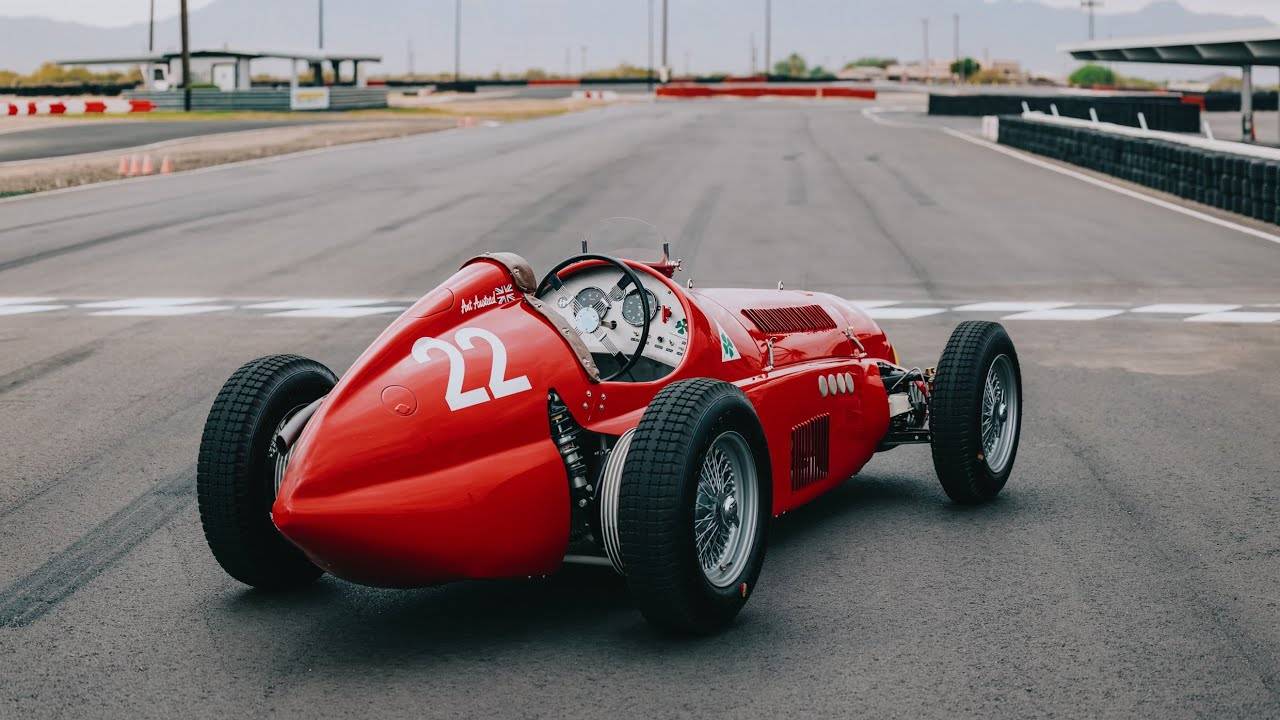 Racing Cars of the 50s

The best racing car of the 1950s was actually designed at the end of the Thirties and had won plenty of races by the time the first ever Formula 1 World Championship was held.

The Alfa Romeo Alfetta 158 was the only true factory car on the grid and it won every round in that inaugural 1950 season, barring the Indianapolis 500, then a round of the world championship.

Towards the end of the 30s Alfa Romeo set up its own racing department, Alfa Corse in Milan, after splitting from a certain Enzo Ferrari who used to run the company’s racing operations. Its first task was to design a new car with a supercharged 1.5 litre engine to run in the “Voiturette” class that was due to become the premier racing series as from 1940. Chief designer Gioacchino Colombo did the initial drawings for what would become the GP Tipo 158, nicknamed “Alfetta” or Little Alfa.

It was ahead of its time, featuring a straight-eight engine with double overhead gear-driven camshafts and the gearbox and diff were mounted on the rear axle giving the car almost perfect weight distribution – yes, the engines were still at the front at this time!

It won first time out in the 1938 Coppa Ciano but then the war brought an end to all racing. Keen to protect their little car, the Alfa staff hid the cars under a woodpile on a pig farm on the outskirts of Milan. Although pigs are reputed to eat anything, they didn’t consume the car and by the time the world championship began in 1950, the Alfa engineers had boosted its power to a staggering 340 hp, which could see it hit speeds of 290 km/h. Actually, the Alfetta resumed racing in 1947 and in ’48 had a tragic time in the Swiss GrandPrix when Achille Varzi was killed in a crash.

There are two “f’s” in Alfa Romeo Alfetta and there were three of them at the wheel that year: Nino Farina, who won the very first round of the championship at Silverstone, Juan Manuel Fangio and Luigi Fagioli. In 1951, the Alfetta was upgraded to 159 specification and this was the car with which Fangio took the first of his five titles in 1951. At the end of the season, after an unsuccessful attempt to persuade the Italian government to support the team financially, Alfa Romeo pulled out of F1.

That was the cue for its former employee Enzo Ferrari to take up the baton of F1 dominance, with the legendary Ferrari Tipo 500. What was truly unusual about this year of the championship is that the sporting authorities decided that the 1952 and ’53 seasons would be contested by Formula 2 cars and the Tipo 500 was really the only true F2 car ready from the get-go. It duly went on to win every race, facing hardly any opposition from little teams like Lea-Francis, Gordini and Connaught. The main beneficiary was Alberto Ascari who thus secured the first of back-to-back world championship crowns. It was powered by a 2 litre, straight four designed by Aurelio Lampredi with overhead cams, two spark plugs per cylinder, drinking in fuel through four huge Weber carburettors. It was a beautiful beast and on its debut in the 1951 Modena GP, it lapped the entire field in Ascari’s hands. In 1953 it won four of the nine rounds. 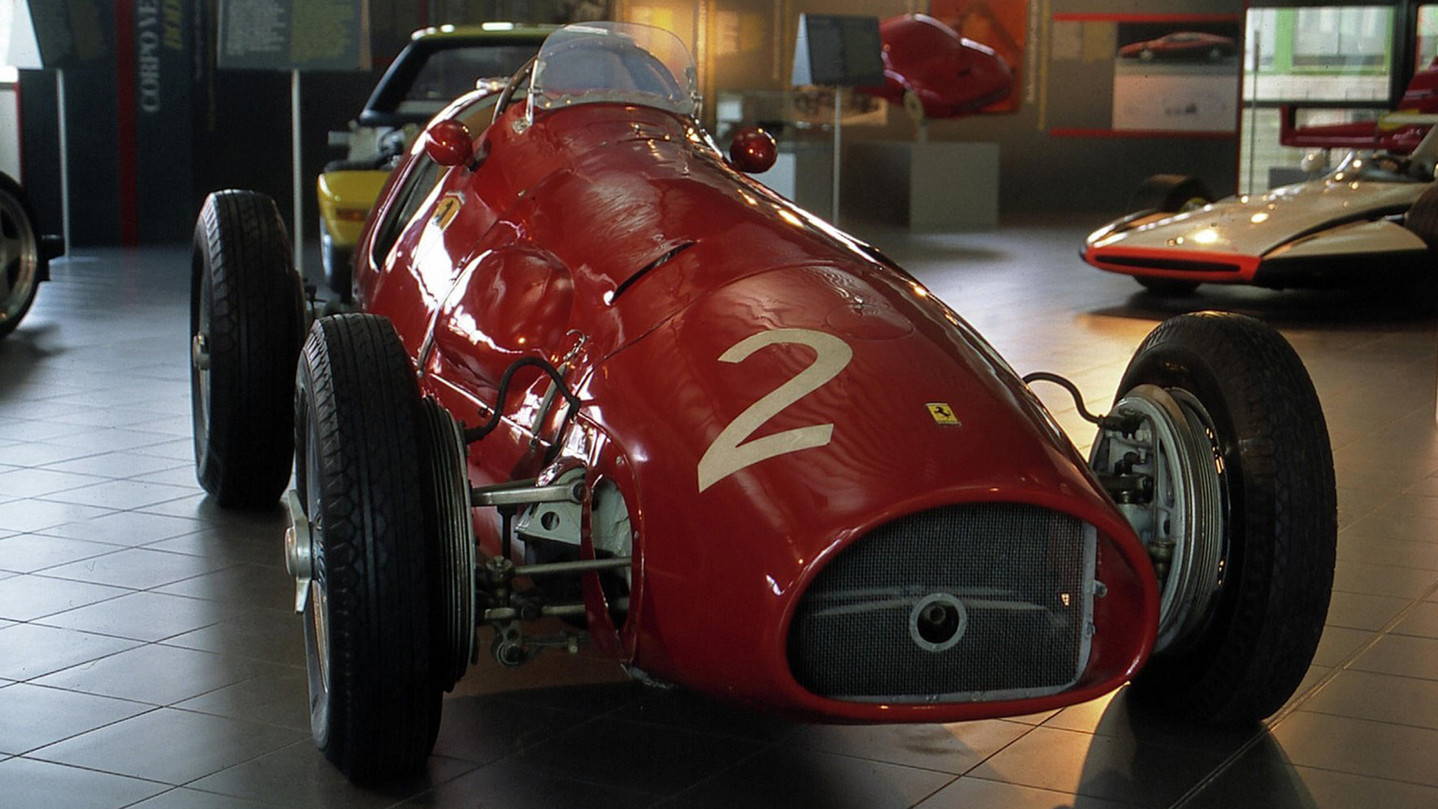 As you can tell, Italian engineering was the dominant force in the early days of the world championship and possibly the most soul stirring car of that decade was the Maserati 250 F, which brought Fangio two of his five titles. 26 of these cars were built – almost a production line – during a long life that lasted from 1954 to the start of 1960. With its simple cigar tube chassis, long nose and short tail and the inevitable deep red paint it is undoubtedly one of the most beautiful and effective race cars of all time. By now a much sought after engineer, Gioacchino Colombo had been tempted away from Maranello, developing a 220 horsepower engine, with Valerio Colotti recruited to design the chassis, a tubular spaceframe covered in aluminium panels. It boasted independent front suspension and the ubiquitous De Dion rear axle, although unusually, it still relied on drum brakes even though discs were clearly the future. 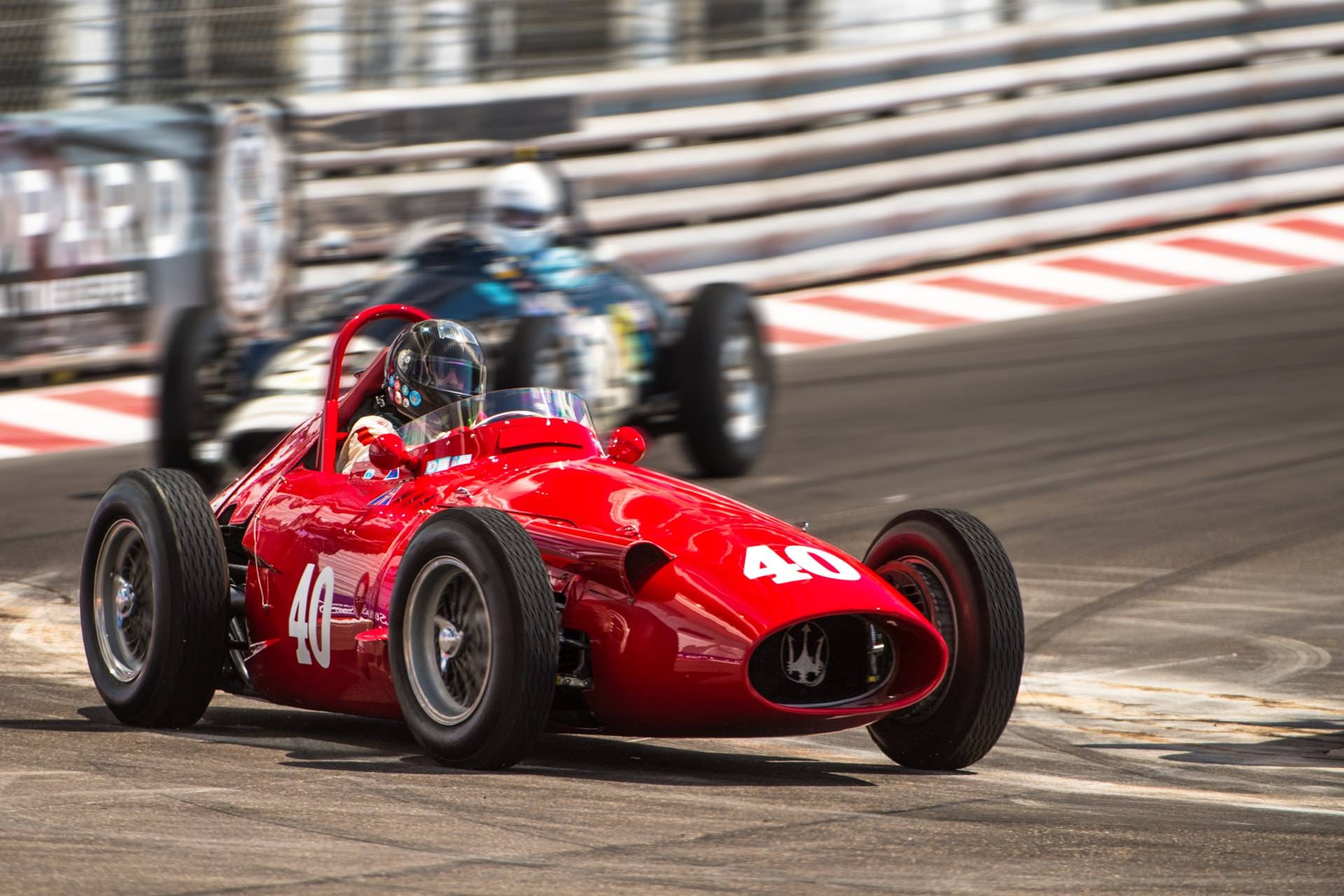 Unusually, the throttle pedal was in the middle, with the brake on the right and the clutch on the left, but this didn’t seem to stop the greats like Fangio and Moss from doing incredible things behind its huge wooden steering wheel. Perhaps its most famous win came in the 1957 German GP when Fangio found himself almost a minute down on Mike Hawthorn after a pit stop was bungled. The Argentinian broke the lap record nine times, sometimes taking as much as 15 seconds a lap off the Englishman. “When it was all over, I was convinced I would never be able to drive like that again,” said Fangio. The world would certainly never be able to see a car like that again. 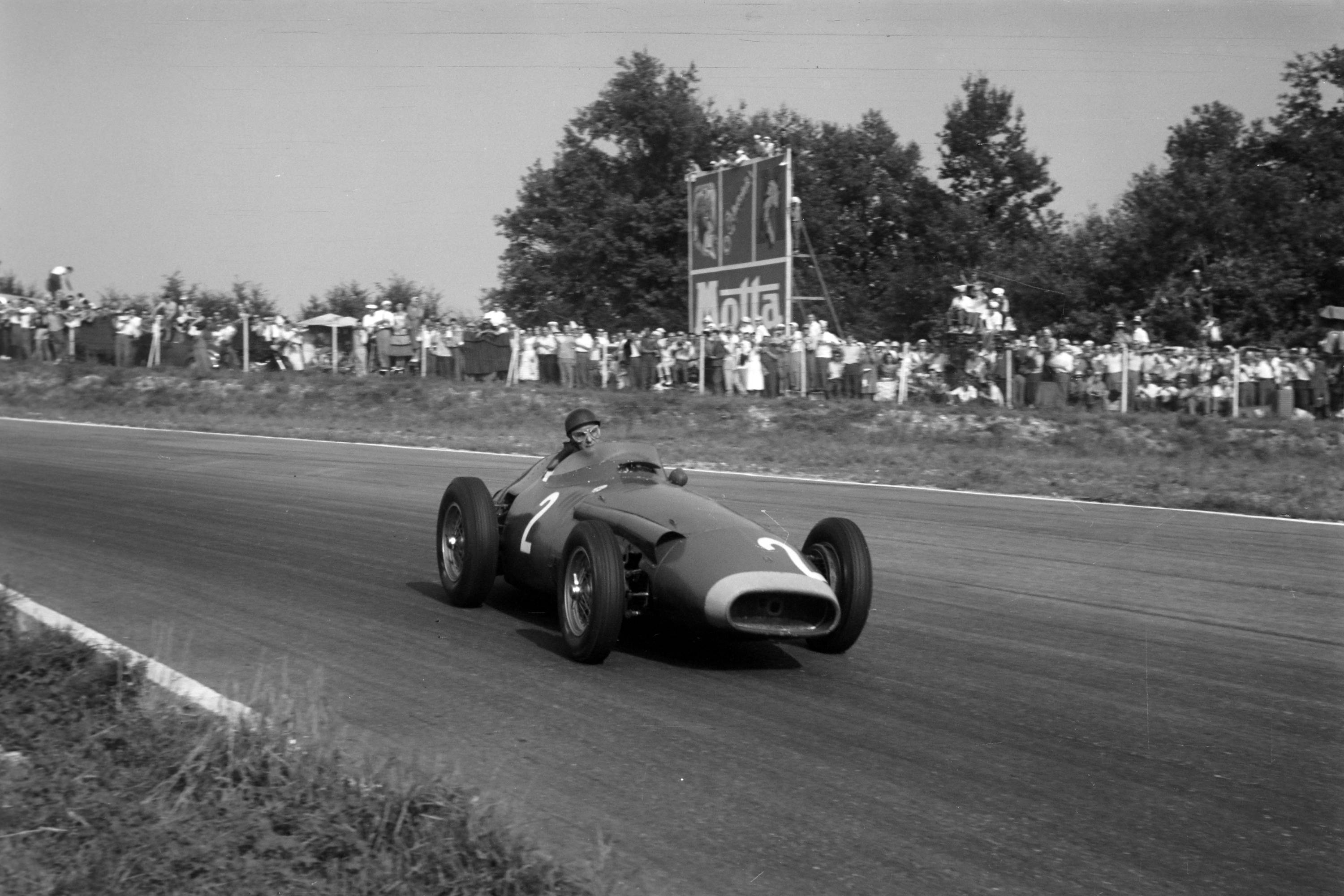